We have been covering the planning application for the site of the old Underhill Stadium. Earlier this year a proposal for an enormous Ark Pioneer Academy was rejected and, as expected, Ark has now reduced the scale of their plans for a secondary school.

Ward councillor Jess Brayne has been in touch with High Living and forwarded a letter from Ark explaining the revisions. The original aim was to open a new school in September 2019, but in January, the Barnet planning committee raised concerns about the design proposals, specifically the local need for primary school places.

Ark has considered the responses received both through the planning consultation and from the planning committee and has reached the decision, supported by the Education and Skills Funding Agency and the building contractor, that the scheme should be redesigned as a secondary-only school with a sixth form.

Ark says that “in the redesign process, we have tried to address the concerns raised during previous consultation with residents, schools and councillors. We feel reducing the scheme to a secondary-only addresses several of the concerns, specifically in relation traffic generation and the scale of the development.

As you may know, there is a significant need for additional, high-quality secondary places in the borough in the coming years. The latest projections we have received from the council’s Education Service indicate that approximately 20 additional forms of entry will be needed by in Barnet by 2021. We hope that Ark Pioneer will provide a significant contribution to meeting this need.

It is proposed that Ark Pioneer Academy will open in September 2019 and consist of six forms of entry at secondary level and a 300 place sixth form. The school will open with 180 pupils in Year 7, increasing by one year group each September until reaching its full capacity of 1200 pupils in 2025 once the sixth form is full.

A brand new building will be constructed on the Underhill site and this is due to be completed ahead of the school opening. The Department for Education is funding the new school directly and the building contractor is Bowmer and Kirkland.”

Ark will be submitting a revised planning application later this year and has arranged two drop-in consultation events to get feedback on the proposals from local residents.

We at High Living will continue to keep you updated about this development as it will have a significant effect on the area and it is precariously close to the Green Belt. 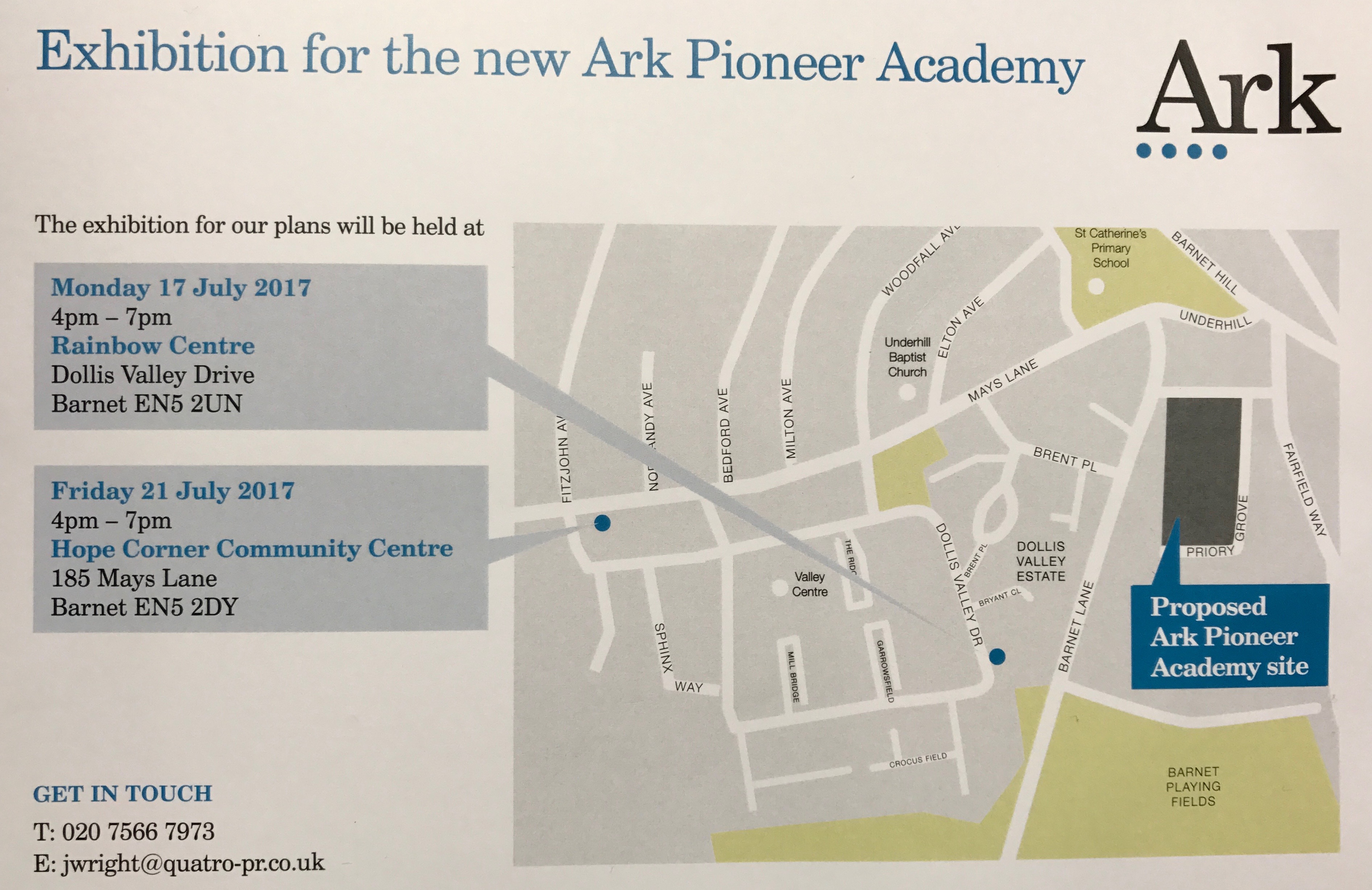 If, like us, you have a junior school age child studying the Romans, Welwyn Roman Baths is a small site …

Women tend to be cautious by nature and often need some encouragement before setting up their own business. However, when …