Discretely located behind the High Street near Hadley Green is Chipping Barnet’s smartest restaurant and now, after a few visits, I can see why it has such a loyal following.

Savoro opened more than a decade ago in interesting old premises that were once a bakery (in the 1970s when I lived in Enfield we had a family dinner at a restaurant here called Papillon). Savoro is clearly pitched at the more formal, higher end of the market and is priced accordingly. In the evening it’s easy to spend £50 per head once service is included, however at lunchtime and weekdays 6–7pm you can have two courses for £14.95 (£17.95 including a glass of wine).

My experiences of Savoro have improved as I’ve got to know the menu. My first visit was with my husband and another couple and, to be honest, I don’t think I ordered as well as the others. My aged Comté cheese soufflé starter with French onion soup was too rich for a warm early summer evening and the main course of calves liver provençal was again a bit heavy going, both featuring strongly flavoured reductions. Tasting other people’s dishes, I could see that the overall standard was high and we had an enjoyable evening in comfortable surroundings with helpful, friendly service.

Since then I’ve enjoyed their set lunch with a friend on a very quiet Friday. I had a generous plate of melon and parma ham followed by tasty cajun pan fried haddock and my friend made short work of her goat’s cheese on toast and veal escalope. This is an attractive deal and it was a shame not to see more people making the most of it.

My latest visit was last weekend with my family on a busy Saturday evening. The restaurant had a relaxed, buzzy atmosphere and a group was celebrating a 40th birthday. The staff were a little overstretched and we had to wait nearly half an hour to order (irritating with a child), but from that point on it went smoothly. Our starters set the tone well. I chose the pan-seared scallops with pea purée, macadamia nuts and truffle oil – a stand-out dish which I’d sampled on that first visit and lusted after. My husband’s calamari was also very good. I could detect some intense reduction, but it was more balanced in this dish. Our daughter had the carpaccio of beef fillet served with stylish little touches like basil ‘pearls’. This was another accomplished starter and for our nine-year-old worked well as a main course with some bread on the side.

The mains were also very good. Savoro makes a feature of steak on the menu (aged and butchered on site apparently) with pretty high prices from £21.50 for an 8oz sirloin (the 15oz is £28.95) escalating to £36.95 for a 20oz bone-in rib eye with a choice of vegetables, although sauces are an additional £3.50. I had the smaller sirloin which was well-seasoned and nicely charred and quite big enough for me. Trying one of the sauces, I opted for the Béarnaise which came in a little jug served cold, although I think it’s better warm (at least it wasn’t a squirty squiggle though). My husband’s roasted rump of Suffolk lamb came in thick juicy slices, but the accompanying potato-parmesan soufflé sounded more interesting than it tasted – not as good as my sauté potatoes. Next time we’ll try some grilled fish (my neighbour’s lemon sole looked excellent) as, like the steak, it features temptingly on the menu.

The wine list compliments the mainly Mediterranean menu and is strong on Italy, with several by the glass so we tried out a couple of different whites and reds. With dessert we shared a glass of late harvest Tokaji which was great with the lemon brulée, raspberry and blueberry sorbets and vanilla ice cream we all shared for dessert. They also list Andrew Quady’s Elysium Black Muscat from California which would be a lovely choice for their decadent chocolate and espresso ganache (which I had on an earlier visit), the baked cherry cheesecake or the fruit sorbets. They’re available by the glass, so it’s a chance to experiment.

To sum up, Savoro offers a fine dining experience with the convenience of being local. There are better value restaurants elsewhere for example Quo Vadis in Soho (a particular favourite) and where busy daytime trade probably helps keep the prices so competitive. Sovoro’s location won’t generate that kind of business and they should perhaps spread the word more about their set lunch/early evening menu. As long as standards are maintained front of house to match those in the kitchen, we’ve got a really good local restaurant in Savoro. I’ll be returning soon to continue working my way around the menu. 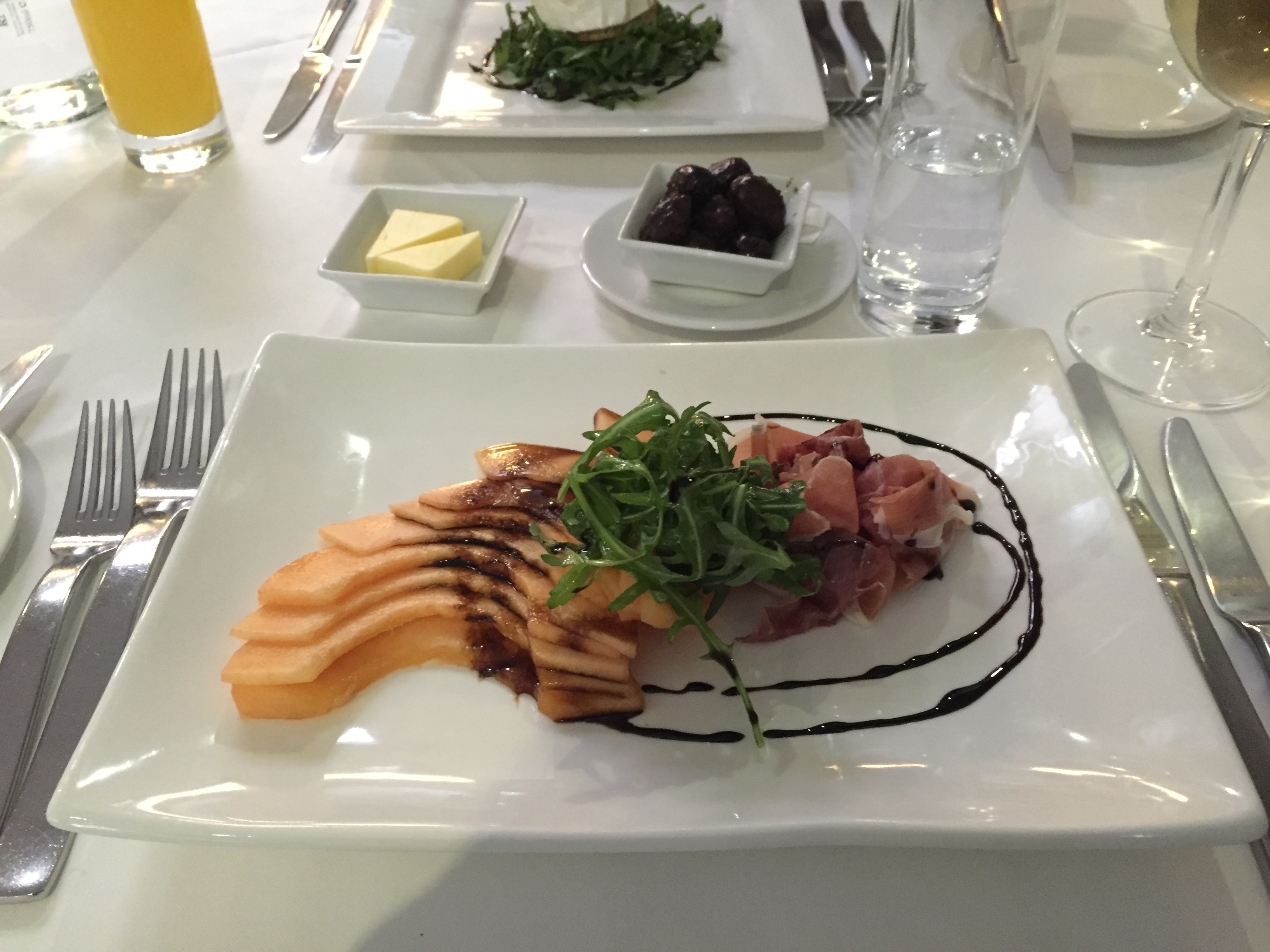 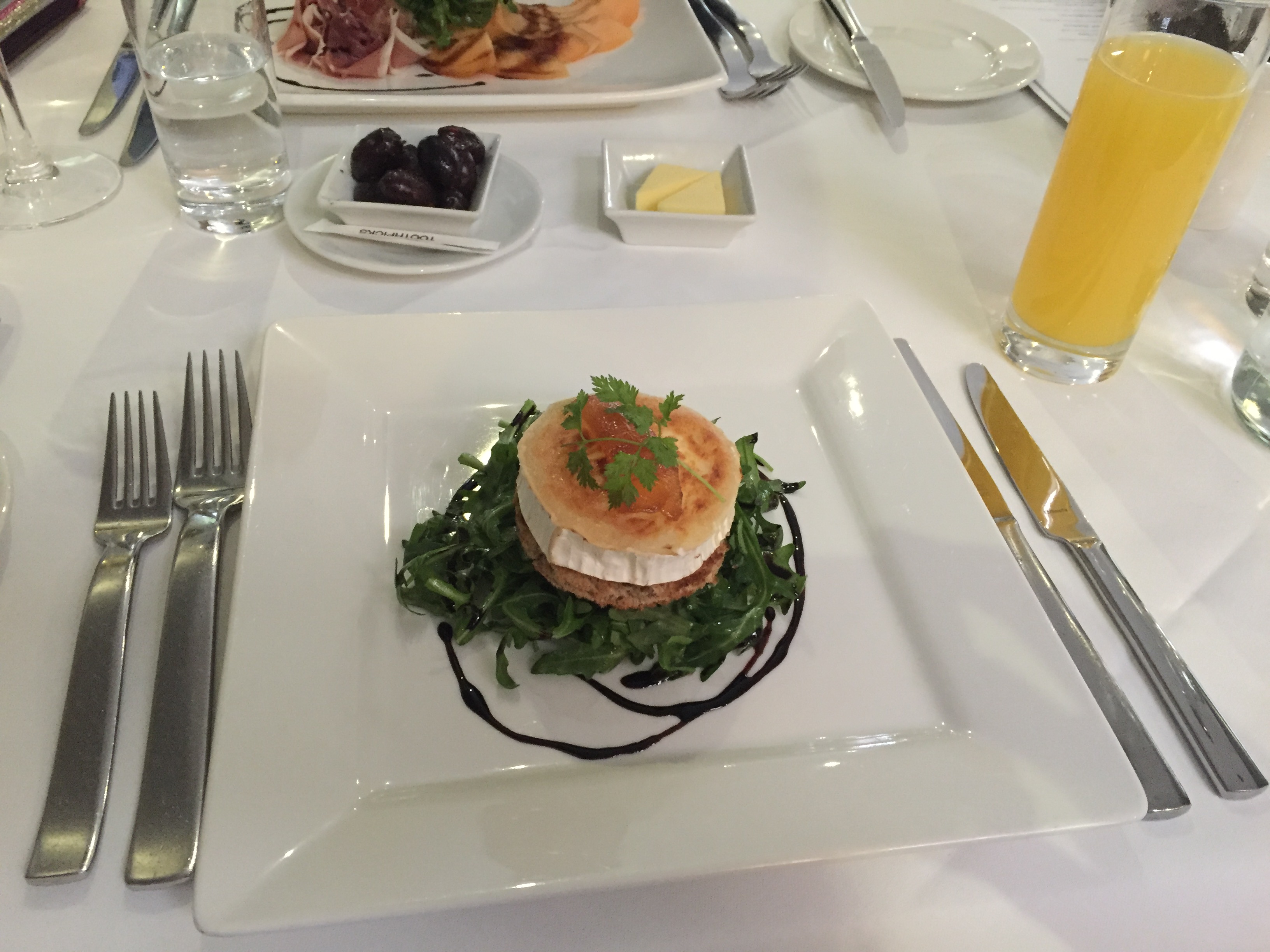 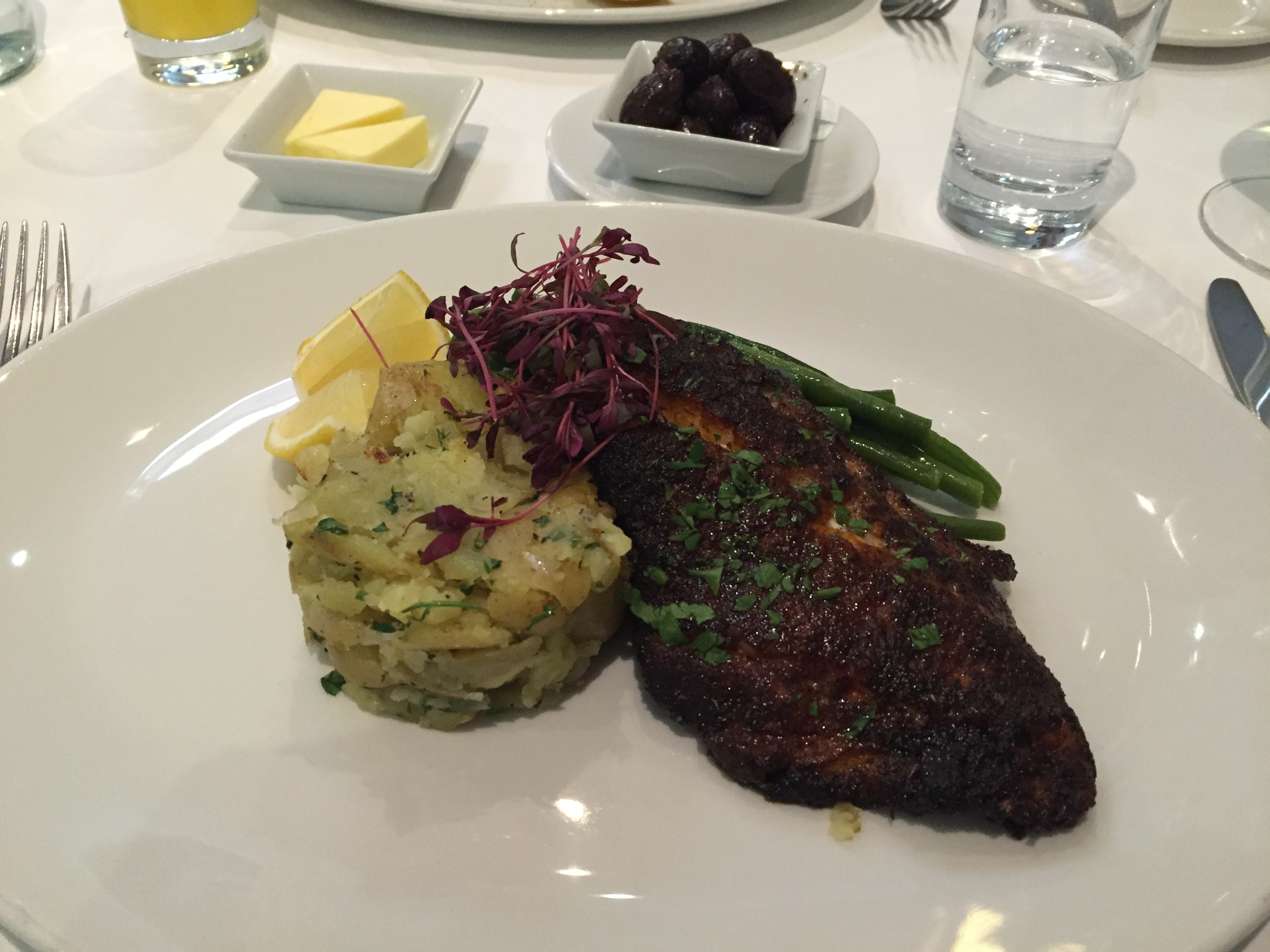 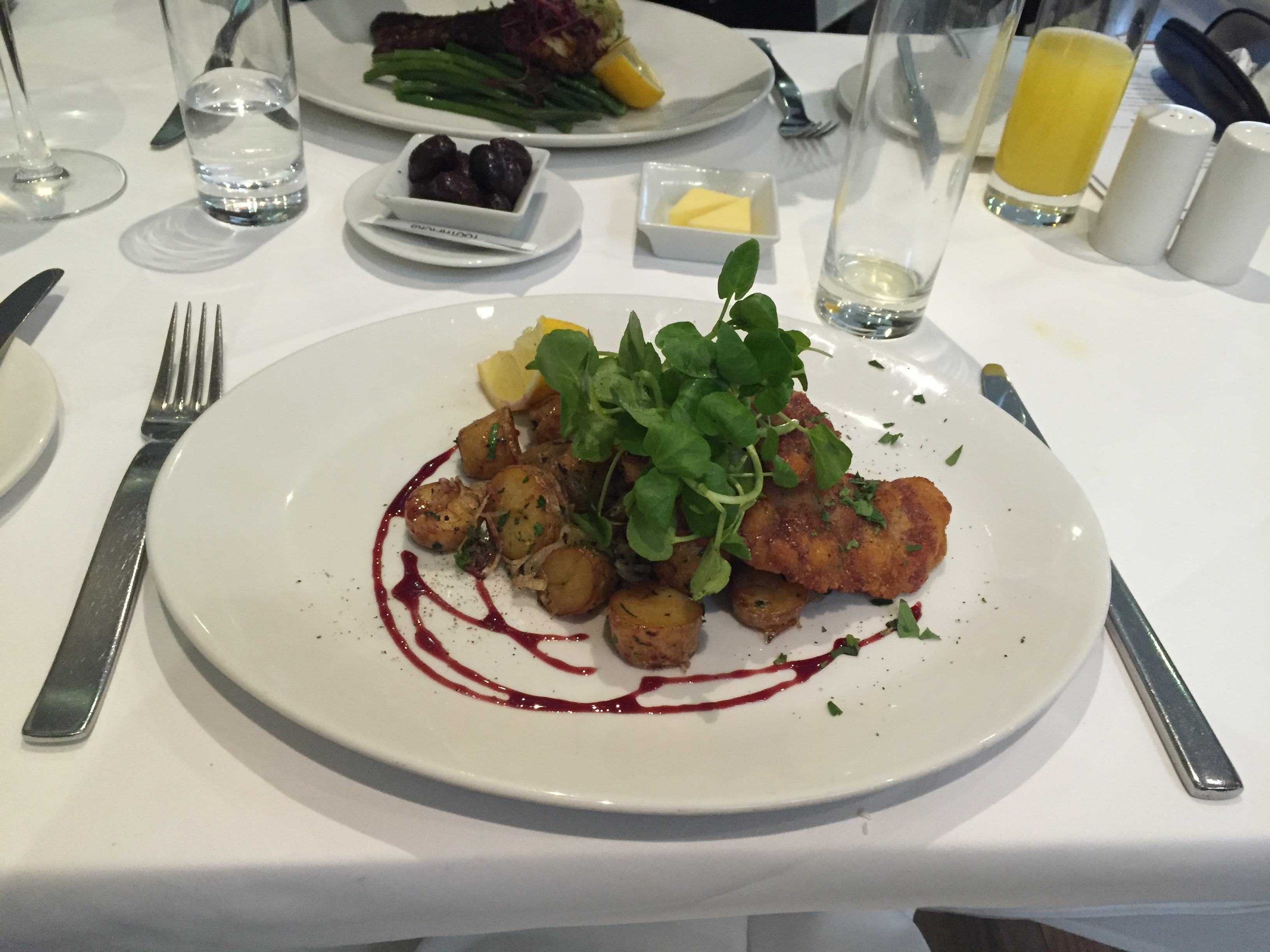 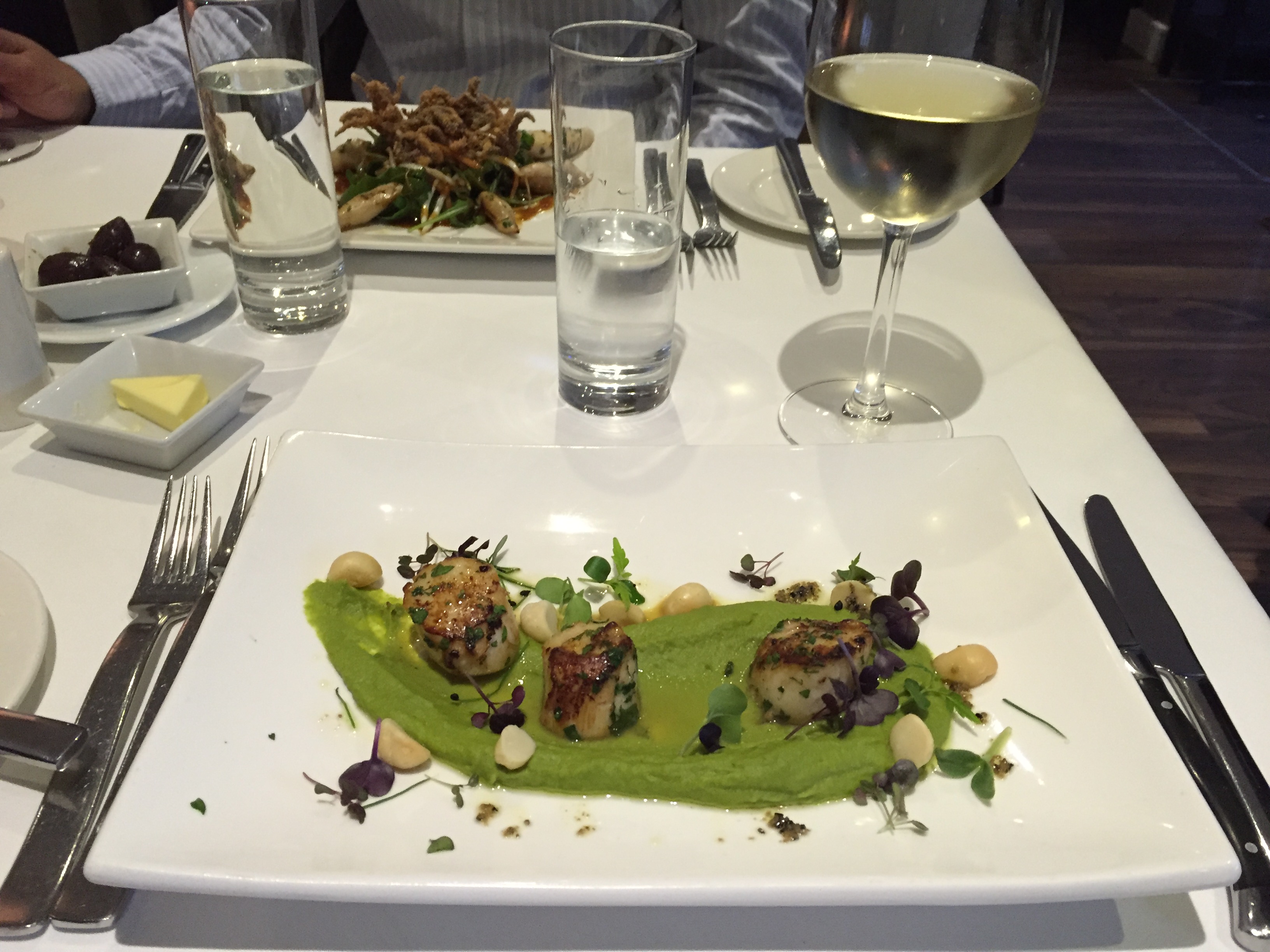 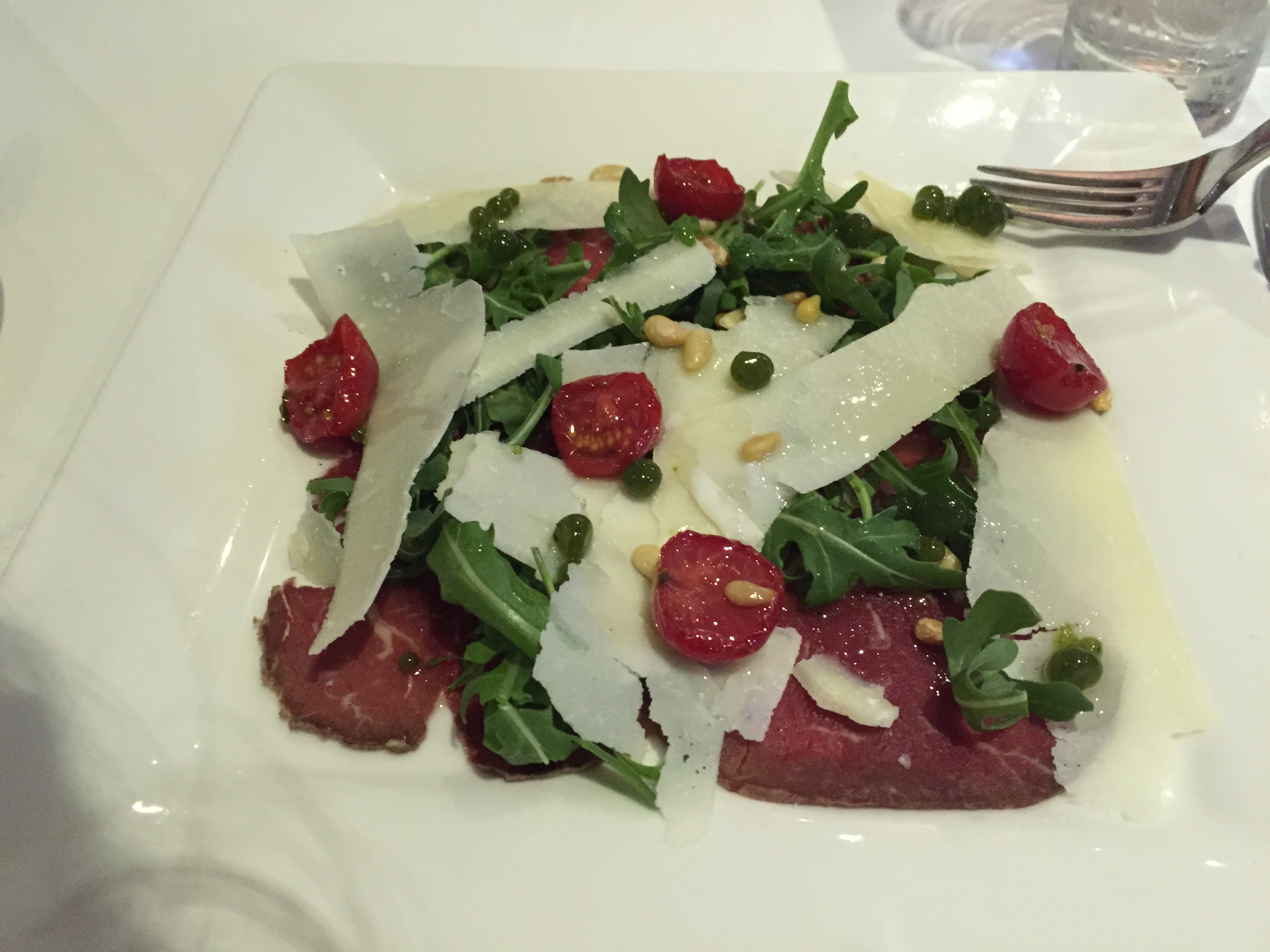 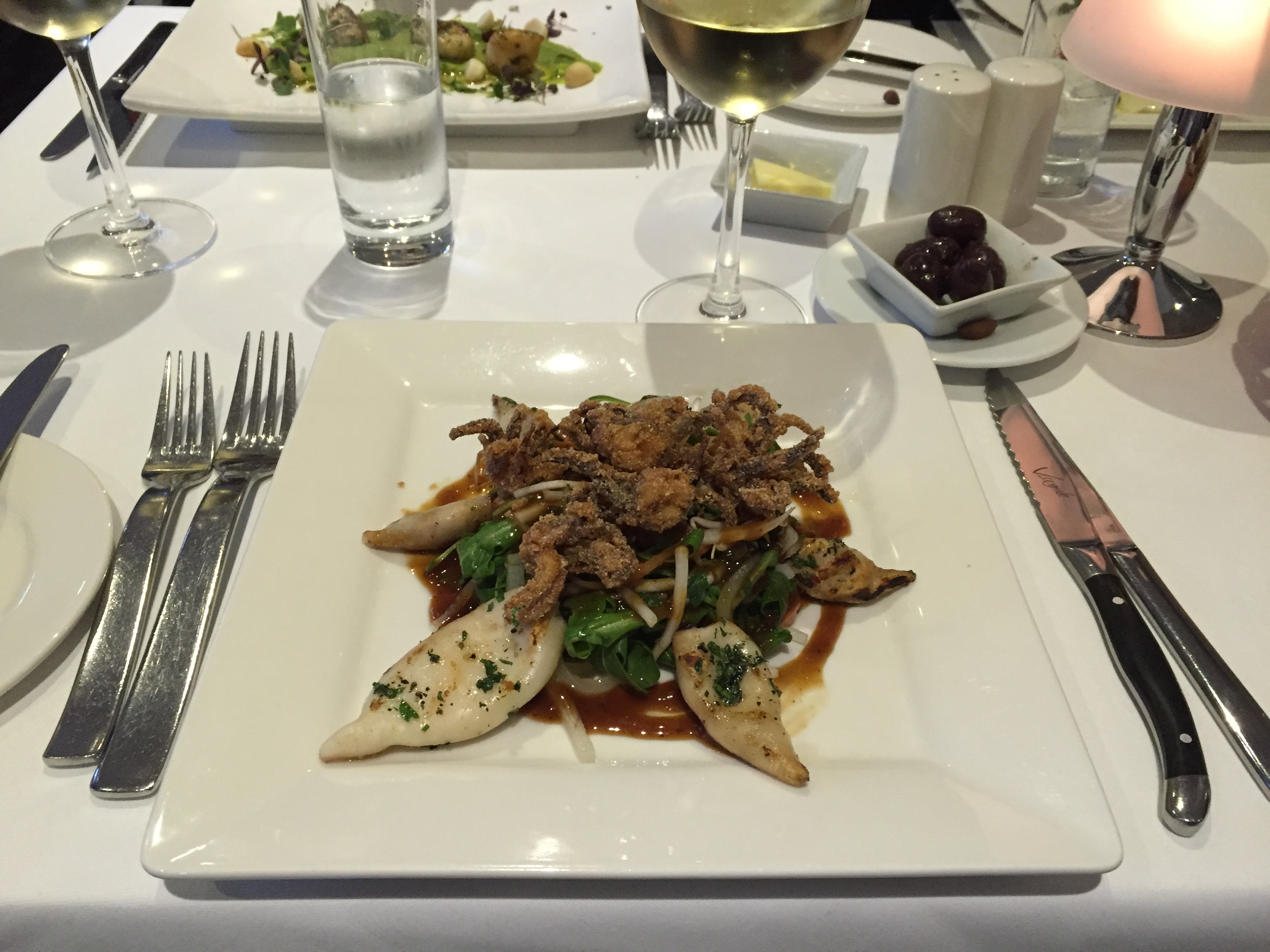 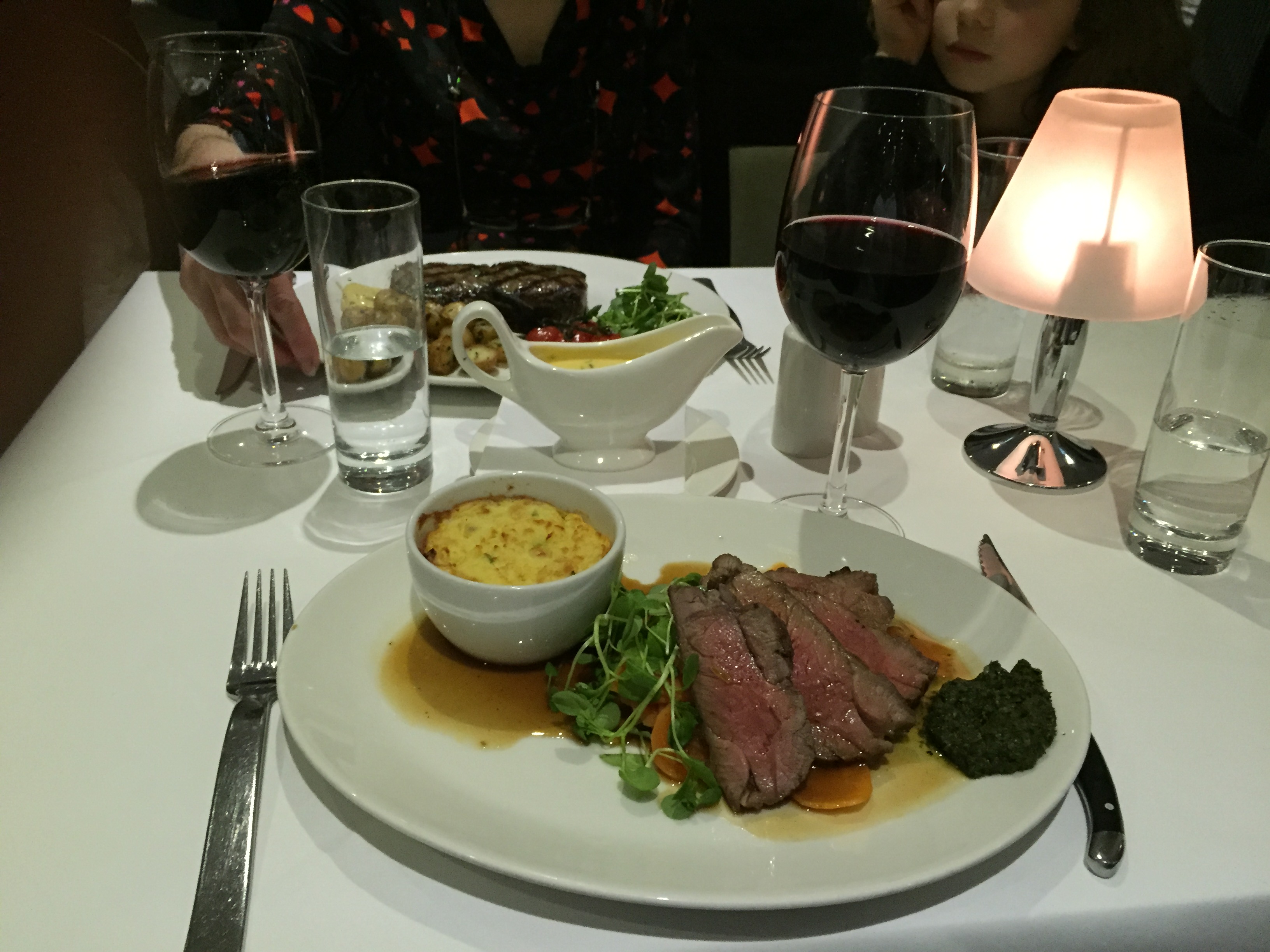 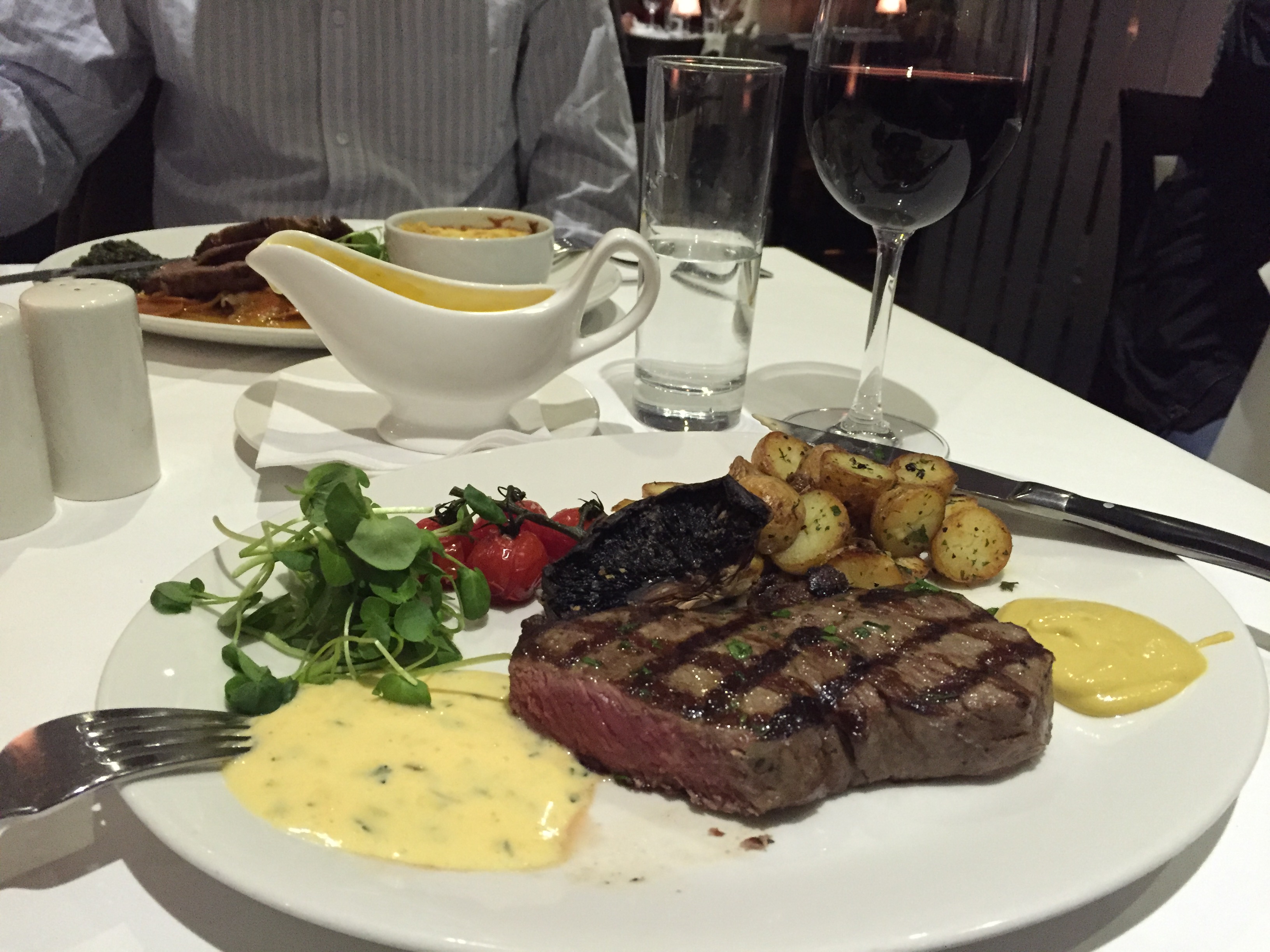 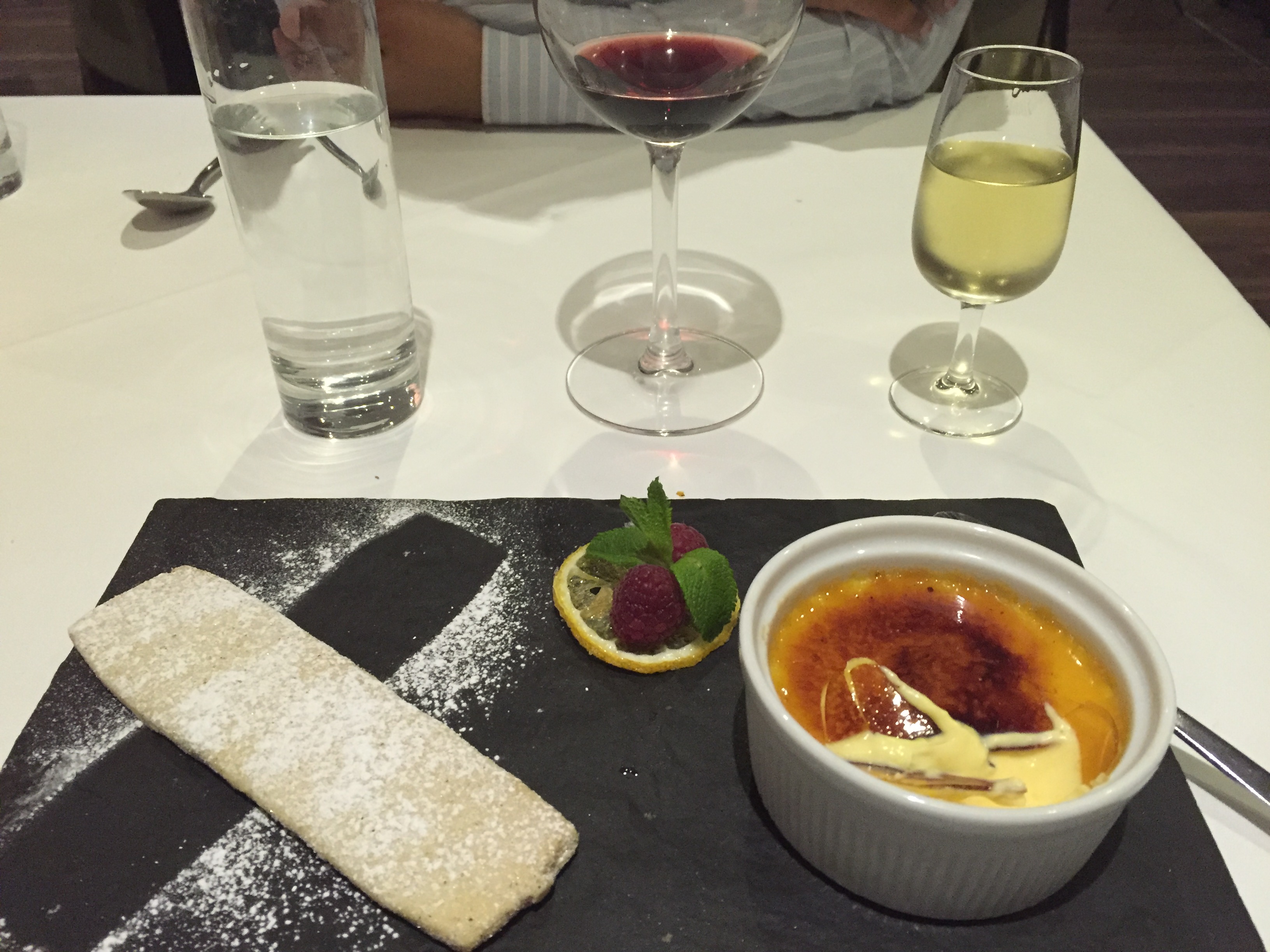 We keep using the term “grass roots action” here in Barnet, but it’s particularly appropriate for this new local group. …