With its long and fascinating history (dating back to the 12th century) and despite recent uncertainties, Barnet market is getting back into its stride as a lively community hub. And rightly so, given the name of the town Chipping Barnet derives from the Anglo Saxon word for market, Chepe or Cheap. With enthusiastic support from the Friends of Barnet Market it is now managed by Saunders Markets on the original market site, acquired in 2013 by the William Pears Group along with The Spires shopping centre.

It’s an ideal starting point for local food shopping. There’s plenty of fresh seasonal produce with three greengrocers, two butchers, a fishmonger, loose dry goods from The Refill Station, as well as bread and other baked goods from Victoria Bakery. Also look out for tasty delicacies from the Hellenic Deli (great cheese and honey) and Sardinian specialist Capo Caccia (wonderful fennel salami). There are also stalls selling clothing and accessories and plants from Charlie who also sells fresh farm eggs.

Recent events at the market have so far included the first ever Barnet Classic Car Show in May 2014 and performances from local musicians, along with festive activities for children at Christmas.

We’re lucky to have it, so if you’re in the area on a Wednesday or Saturday, be sure to pop along. 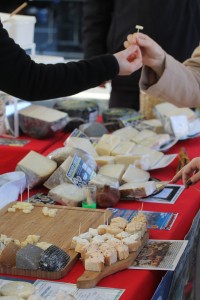 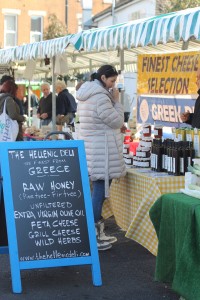 With the festive season fast approaching, inspired by Grow, the lifestyle show for gardeners, our correspondent Manoj Malde of Couture …

Rather than being a mini version of Bicester with predictable outlet shops, Battlers Green Farm ‘Rural Shopping Village and Tearooms’ …