On a beautiful early summer morning, with camera in hand I enjoyed a stroll around one of the area’s most imposing parks, the unassuming sounding Barnet Playing Fields.

Barnet Playing Fields dominates the Underhill area, with the Ark Academy at its northern tip near the A1000 where the stadium used to be. The playing fields have a triangular shape with the Dollis Brook as its southern boundary beyond which is another open space, King George V Playing Fields on the Totteridge side. This in turn adjoins another park, Wyatts Farm Open Space and the lush expanse of South Herts Golf Club. To west of the golf course is a farm which means from our home on the hill, we look across the valley to Totteridge, sometimes spotting cattle, with the Shard, the Gherkin, Telecom Tower and other tall London landmarks in the distance. You can really see how the Green Belt embraces Chipping Barnet, with countryside on three sides.

Barnet Playing Fields is a large chunk of this green vista and its large scale is quite affecting. There is a children’s play area, an outdoor gym and various sports pitches. While I was there an energetic fitness class was going on led by Regiment Fitness. A cycle path links Grasvenor Avenue with Barnet Lane, another takes you along the Dollis Valley to Whetstone and you could do circular laps too. Numerous magnificent old trees give the space real character and a sense of permanence. 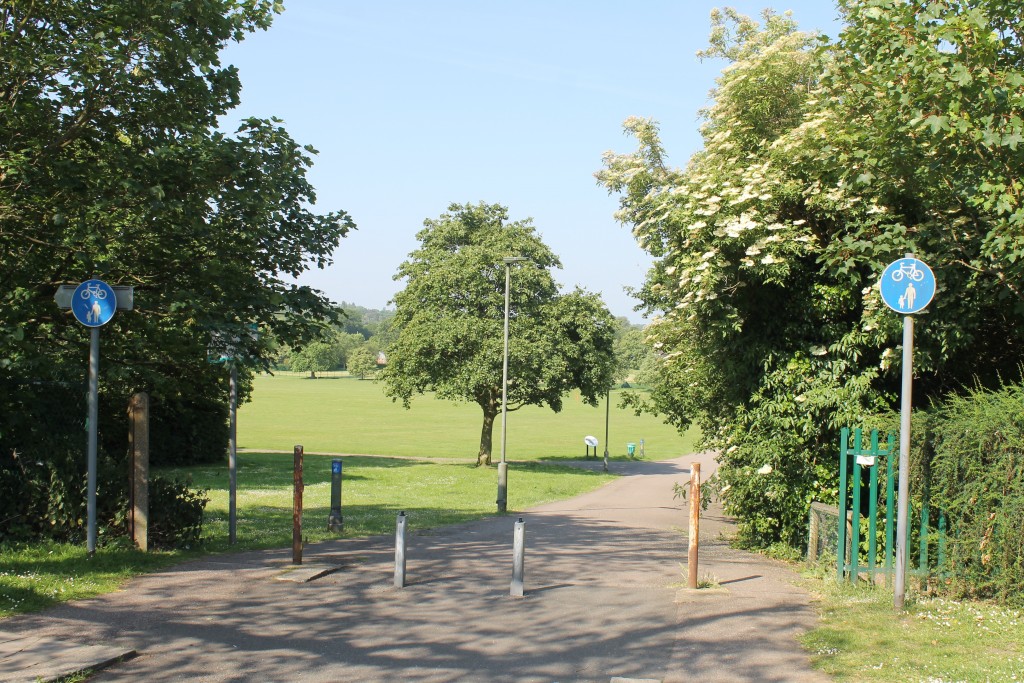 Of all our local parks and open spaces (and there are some beauties), Hadley Common probably is the most highly …

The summer holidays are upon us and here in Barnet we have so many great local parks and public facilities. …