Having just acquired a handsome new Ridgeback Tradition, our family are now fully equipped on the bike front. I’m a bit nervous about cycling on main roads so, given that we live on a steep hill and close to a congested bottle-neck, close to home options are limited. I’ve been scrutinising my Ordnance Survey Explorer maps for ideas and, as well as the route along the Dollis Valley Greenwalk, another easy route is to follow the Pymmes Brook Trail from Oak Hill Park to Arnos Park.

On a beautiful Saturday afternoon, after loading the bikes onto the back of the car we drove to East Barnet and parked in Littlegrove (unrestricted parking). It’s possible to follow the Pymmes Brook Trail from Hadley Green, but the cycle path begins at the north end of Oak Hill Park. Once on the bikes we took the clearly signposted route along the brook, passing sports pitches, tennis courts, kids’ playground and big open wild spaces where people were picnicking or just hanging out.

Once through the park, you take East or West Walk, quiet residential streets overlooking the brook. East Walk was particularly pleasing with its art deco houses. This short stretch of road brings you to Osidge Lane where you need to turn left before picking up the ‘Waterfall Walk’ stretch of the trail near Brunswick Park. It’s not called Waterfall Walk for nothing – the soothing sound of running water felt nicely refreshing on a warm afternoon. There were also quite a few midges and mozzies, so maybe worth spraying with anti-repellent first. That said, it’s well worth it as you could be cycling in the countryside, rather than only a short distance from busy roads. It’s a real haven.

This brings you out on Waterfall Road close to the magnificent viaduct carrying the Piccadilly Line. Cross the road to enter Arnos Park. As well as having a comprehensive play area for children with sand and water features, Arnos Park has plenty of open space – rather like Oak Hill Park. So far you will have cycled about two and a half miles, so this is a sensible place to dismount and relax for a while. We cycled to the end of the path near Wilmer Way (just up from the North Circular) before turning back and taking a break for a while. Our daughter welcomed the chance to run around and play before getting back on the bikes for the return journey. You could be organised and take a compact picnic to have here. Next time we’ll take some lunch or a few things for an early tea.

The return journey was just as good, giving you another chance to admire the lush vegetation all along the brook. It’s an ideal route for children as it’s punctuated with various play options. As well as Oak Hill Park and Arnos there is Brunswick Park (near Brunswick Park Primary School) and Broomfield Park in Palmers Green. What’s more it’s almost entirely flat, so good for not-so-fit mums on new bikes too. 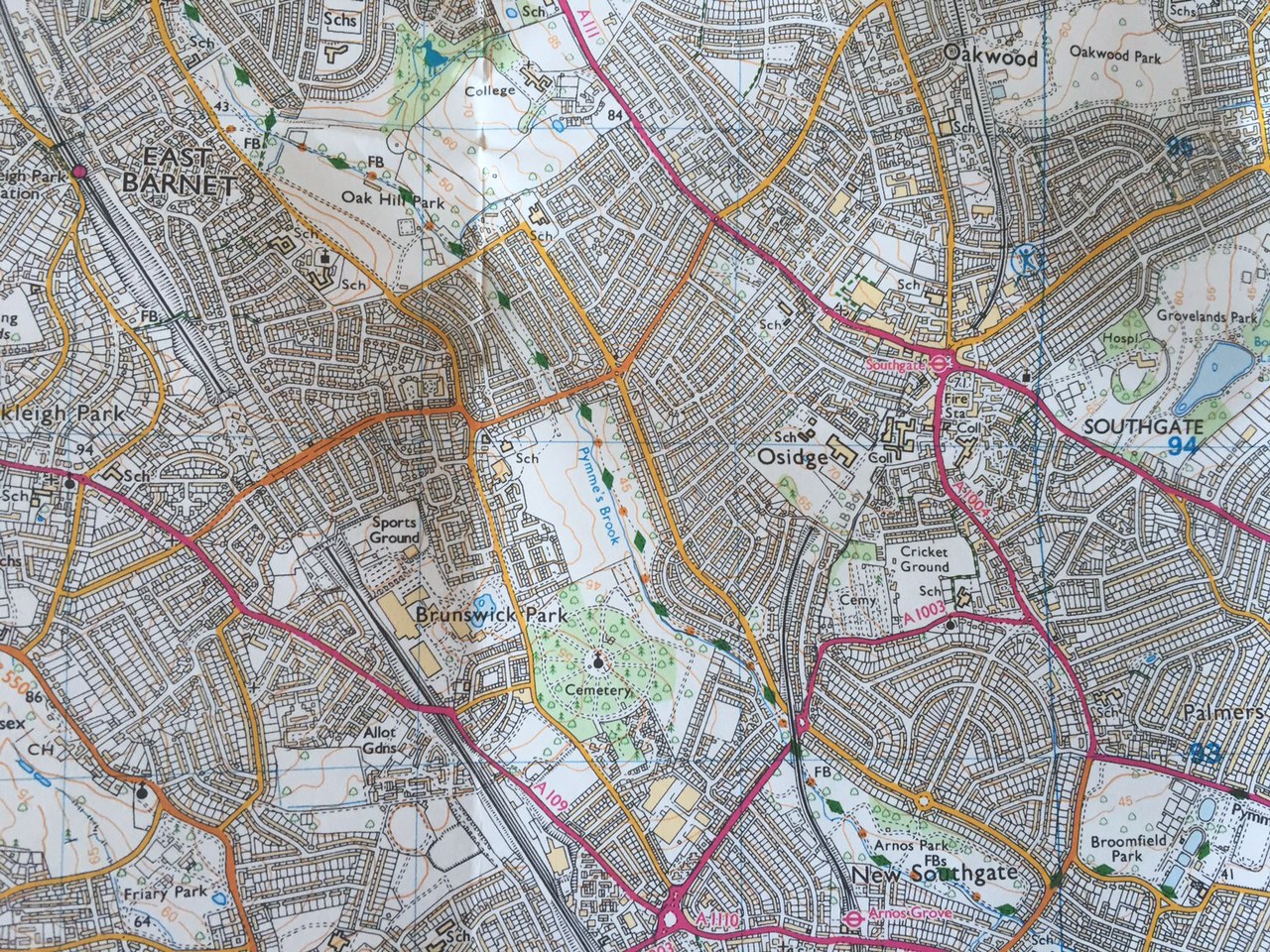 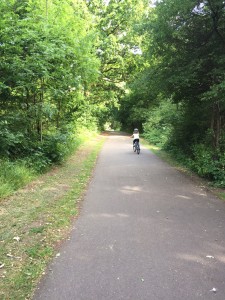 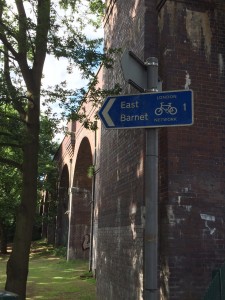 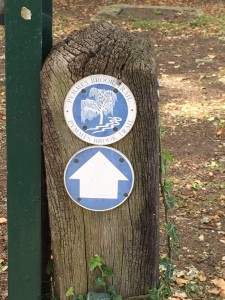 A brand new spa has opened at Furzefield Leisure Centre in Potters Bar and it’s a goodie. A few days …