Since moving to Barnet four years ago it’s clear from talking to people that the Haven in Whetstone is a local favourite. Whether it’s for special family gatherings or cocktails in the bar, it plays an important role. Someone even exclaimed: “You haven’t been to the Haven!”

Well, we have now been a couple of times and we should have hot-footed it there sooner. Just up from Waitrose in Whetstone, near Too Too Moo, the Haven occupies a large site opposite the junction with Chandos Avenue. It describes itself as a “Bistro and Bar” but, even looking at their website, it’s more than that. It’s a smart restaurant.

You enter through the bar and are shown into a large, airy glamorous room. As well as looking good, it’s properly staffed by people who seem to know what they’re doing, with owner Julius Oberegger overseeing things. You instantly feel you’re in safe hands. This should be a given when you’re eating out, but all too often isn’t the case.

Oberegger knows what he’s doing. I recall years ago his Brasserie Julius and other restaurants in Upper Street and fifteen years ago he opened the Haven in Whetstone which now runs like a well-oiled machine. Each time we’ve been there orders have been taken swiftly and bread and drinks brought the table promptly which is particularly useful when you’re with children. Two types of butter are served – plain and garlic (in once case I think it was seasonal wild garlic) and an interesting selection of bread. Early on a busy Saturday evening, we started off with cocktails – a well mixed Martini and Whisky Sour and a Caribbean Breeze (virgin Mojito) which went down well with our 10-year-old. As well as having a kids’ menu, the Haven also allows you to order dishes from the standard menu in smaller portions for children. I wish more restaurants would do this. It must be better for business and it’s certainly better for kids to be allowed to experiment with their food.

The menu features a lot of attractive sounding dishes which makes ordering a challenge. On the Saturday evening we enjoyed ravioli of crab and crayfish (a special, £9), crispy duck and watermelon salad, watercress, cashew nuts, sesame seed dressing (£6) roast fillet of cod, red peppers, basil coulis and potato gnocchi (£19). This was beautifully cooked and loved the way the gnocchi had been crispened up in the pan. My husband’s pan-fried fillet of sea bass, bubble potato cake, confit cherry tomatoes and a medley of French beans and mange tout, lemon and parsley sauce (£19) again demonstrated how adept they are with fish. A crisp, refreshing bottle of Chablis was just the ticket. We also had tempura prawns with plum sauce (£5) and herb-crusted rack of lamb, dauphinoise potatoes, rosemary infused cauliflower purée and Chantenay carrots (£19) scaled down for our daughter for half the price. For dessert crème brulee (£5.95) and an interesting Italian cherry infused wine which was a fabulous combination (£6.50).

Since then we’ve returned for a weekday supper on a quiet Tuesday evening. The 10-year-old had the children’s menu (£7 for two courses and a drink): a very generous “mini” burger and fries; I had two starters – squid and chorizo salad with sweet chilli sauce (£7.50) and crab cake with spicy mango chutney and mint salsa (£8; main course size £16). My husband had the warm crottin goat’s cheese, red onion marmalade, rocket salad and balsamic (£7) to start. He then had the Haven Burger with gherkins, tomatoes, relish and hand-cut chips (£12) – nicely seasoned, herby meat on a brioche bun and all the trimmings (especially the chips) were delicious. Wine-wise we just had large glasses of the house red and white. Although it was more quiet than the Saturday night, it still had a low-key buzz with people coming in through the evening and a small group celebrating a birthday. We also had the option of the set menu which isn’t available at the weekend (two courses: £18; three courses: £22).

The wine list is temptingly international, but dominated by European classics. Prices start at £19.95 for the house white, red and rosé which are also available by the glass (two sizes £6/£7 and 500ml carafe £13.95); several other wines are also served by the glass and there are plenty of bottles under £30. The list is divided up by style rather than listed geographically, although headings are a bit ambiguous with similar wines ending up in different sections. There is also a separate section of featured South African wines and a potted fine wine list. Sparkling wine is dominated by big Champagne brands, however the Haven house Champagne is £9.95 a glass (£40.95 bottle) and the only alternative is Prosecco (£7.50 glass/£28.50 bottle). With so much fabulous English sparkling wine around, perhaps they could also be persuaded to list some as a top-quality alternative to Champagne. These are just niggles though.

I have now been to the Haven, like it a lot and look forward to returning regularly. Whether it’s for a spontaneous meal out, drinks at the bar or a special occasion, it’s a top choice locally. Highly recommended. 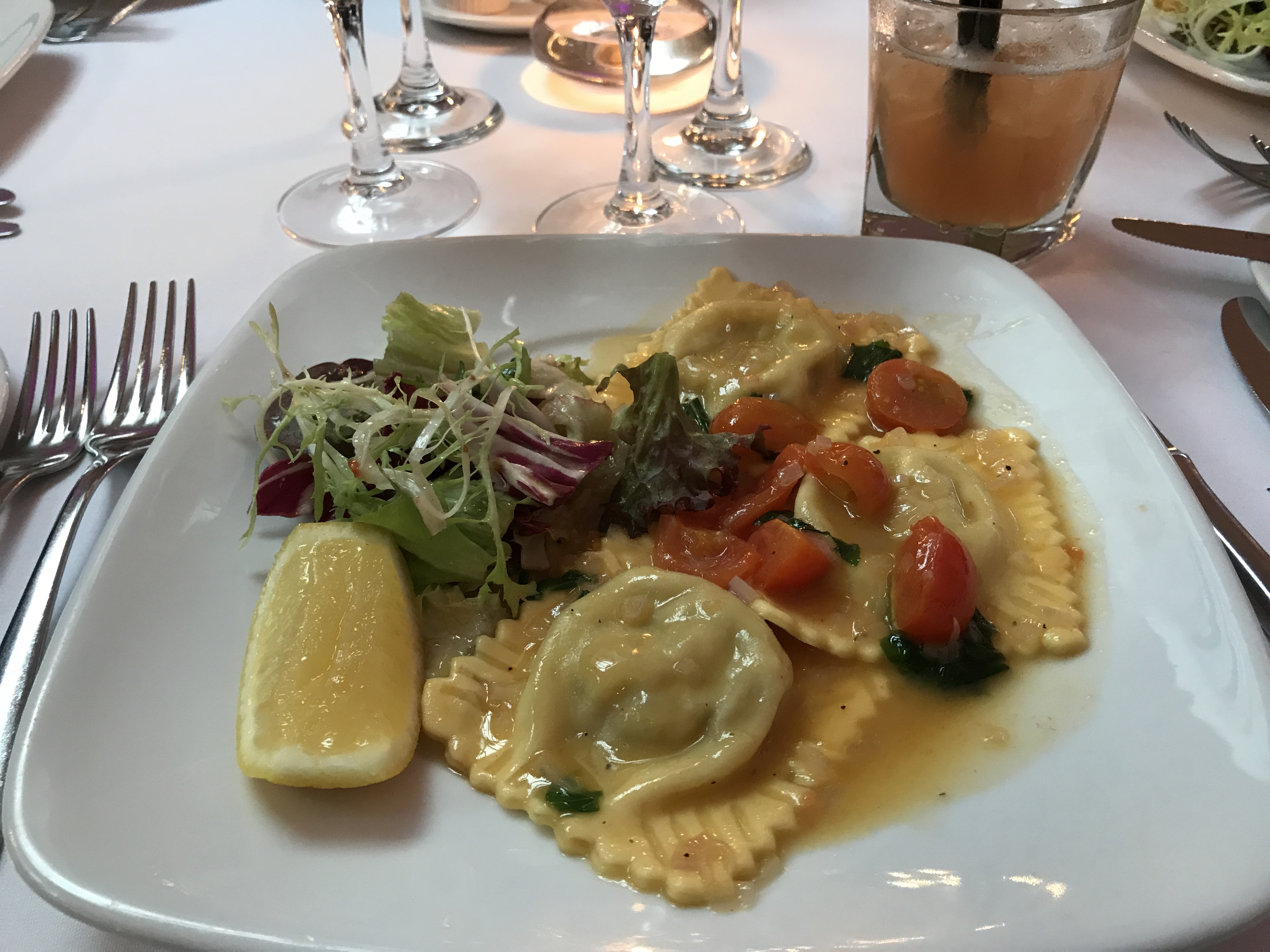 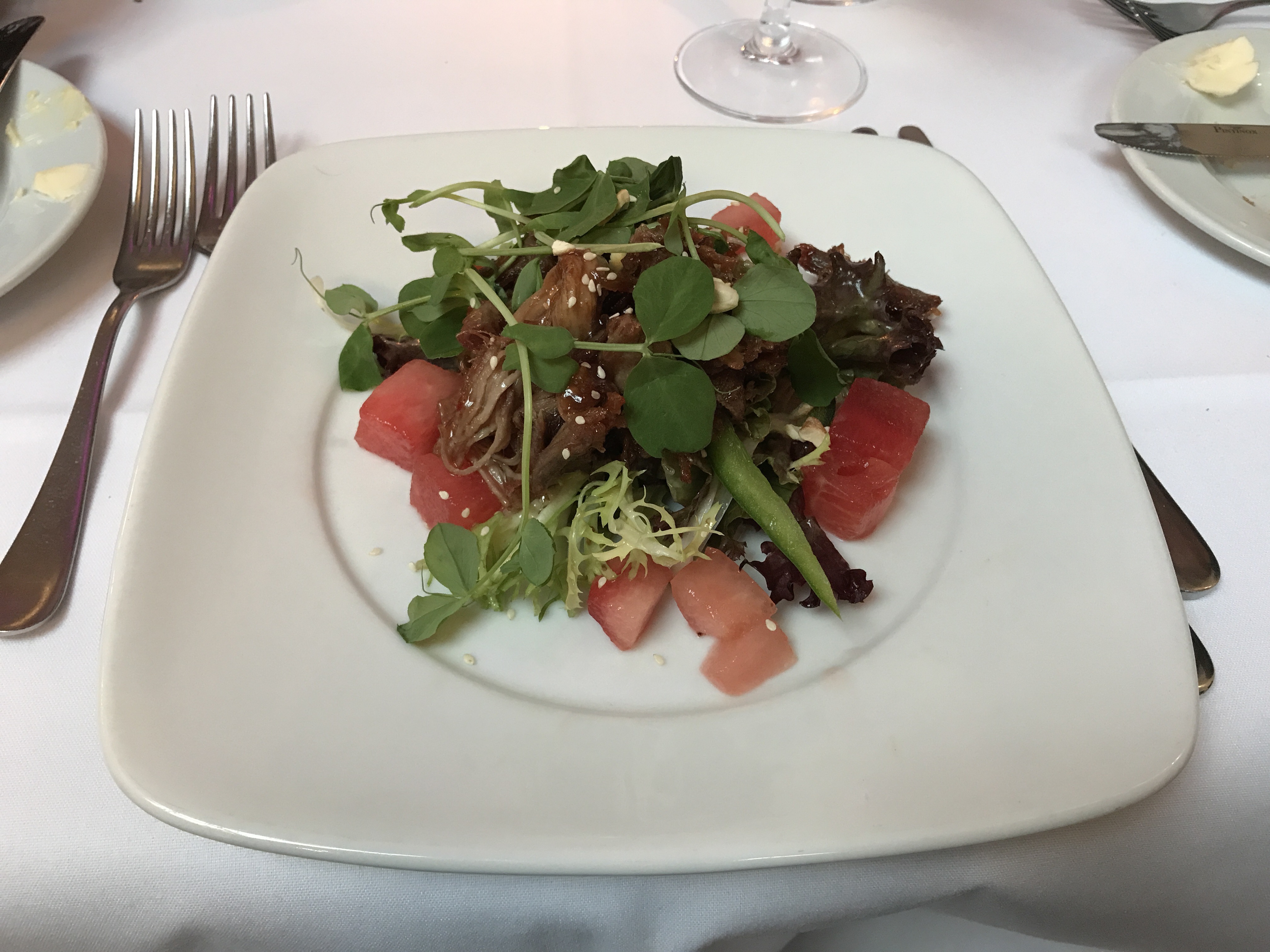 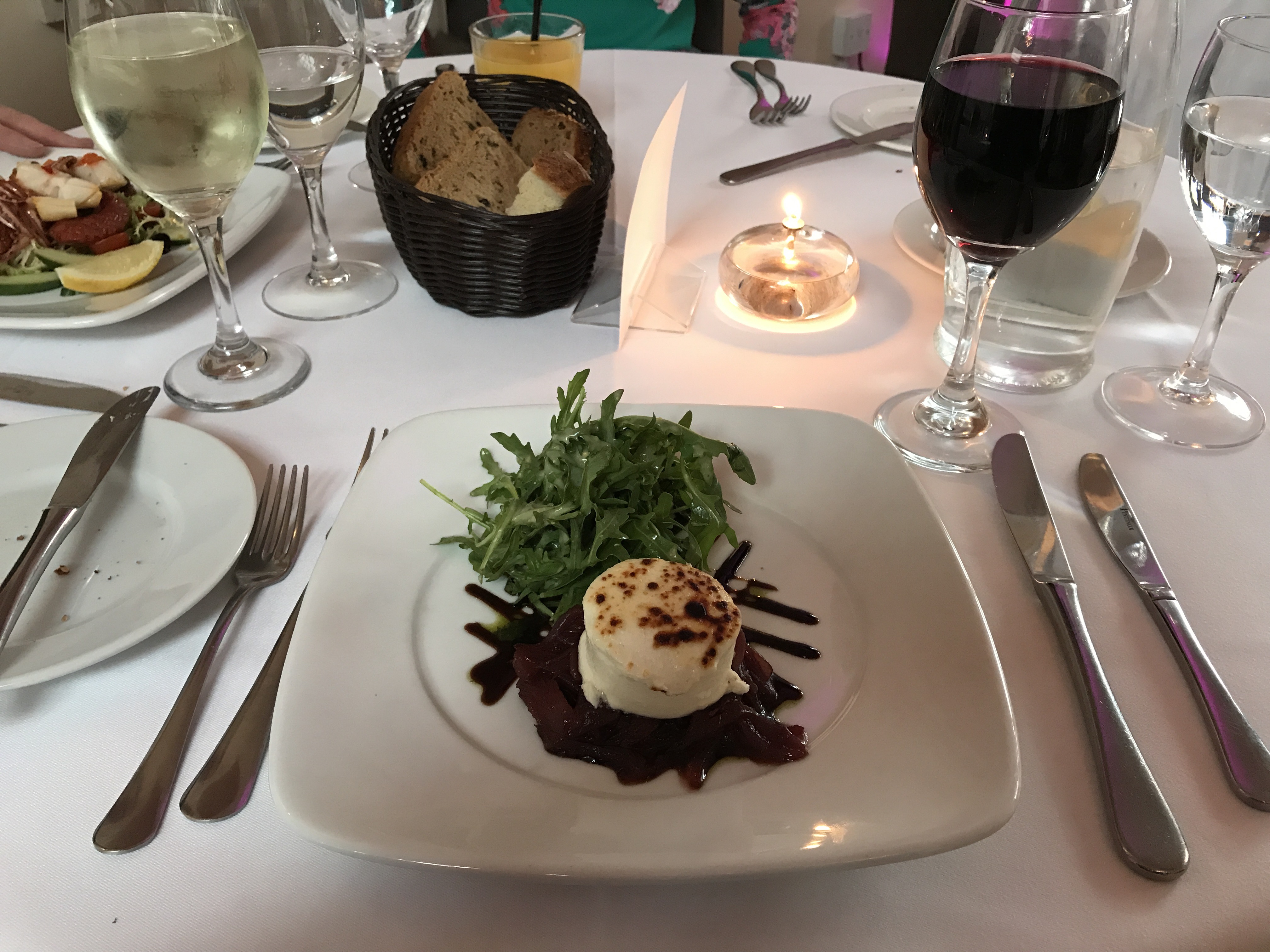 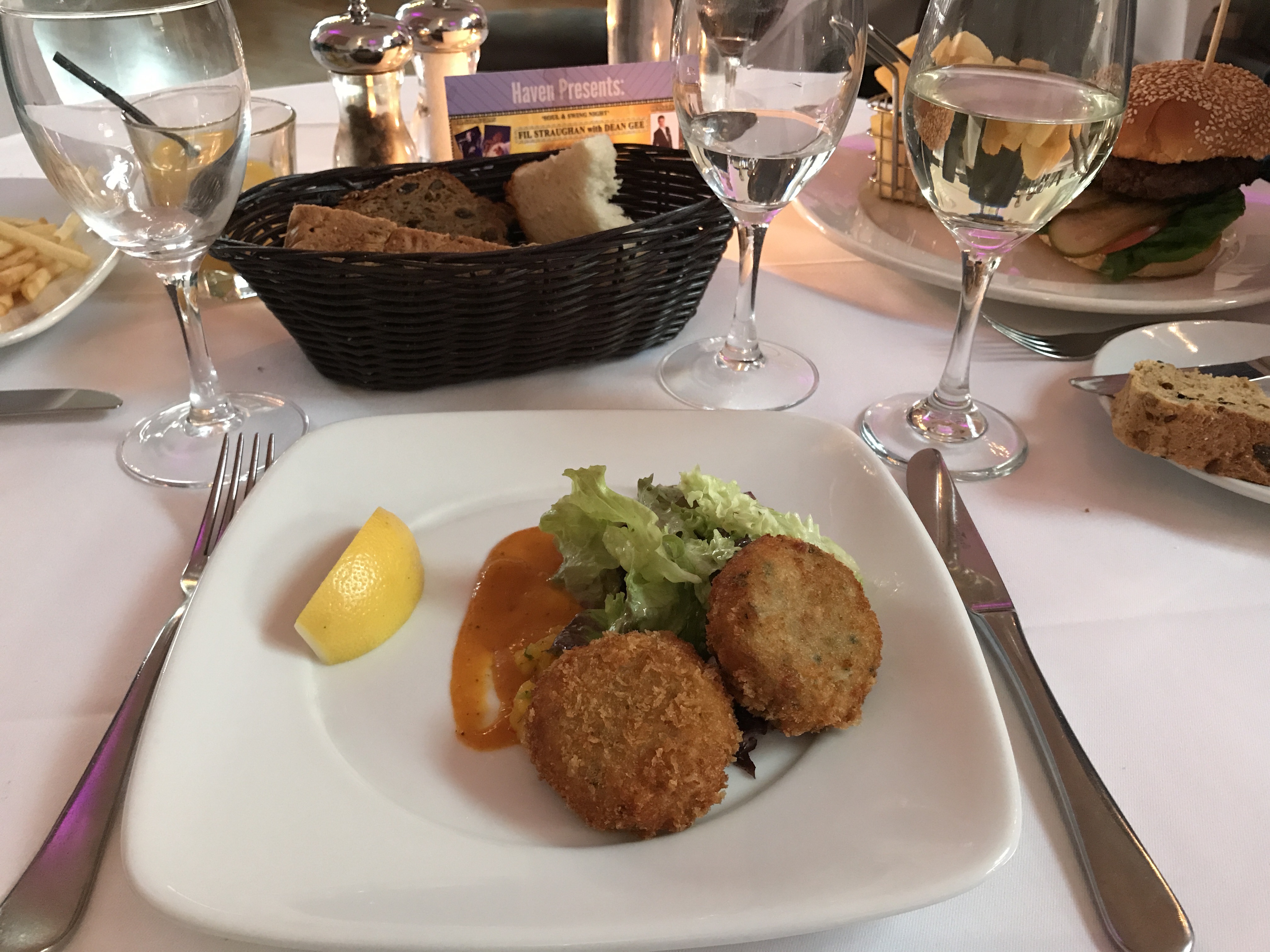 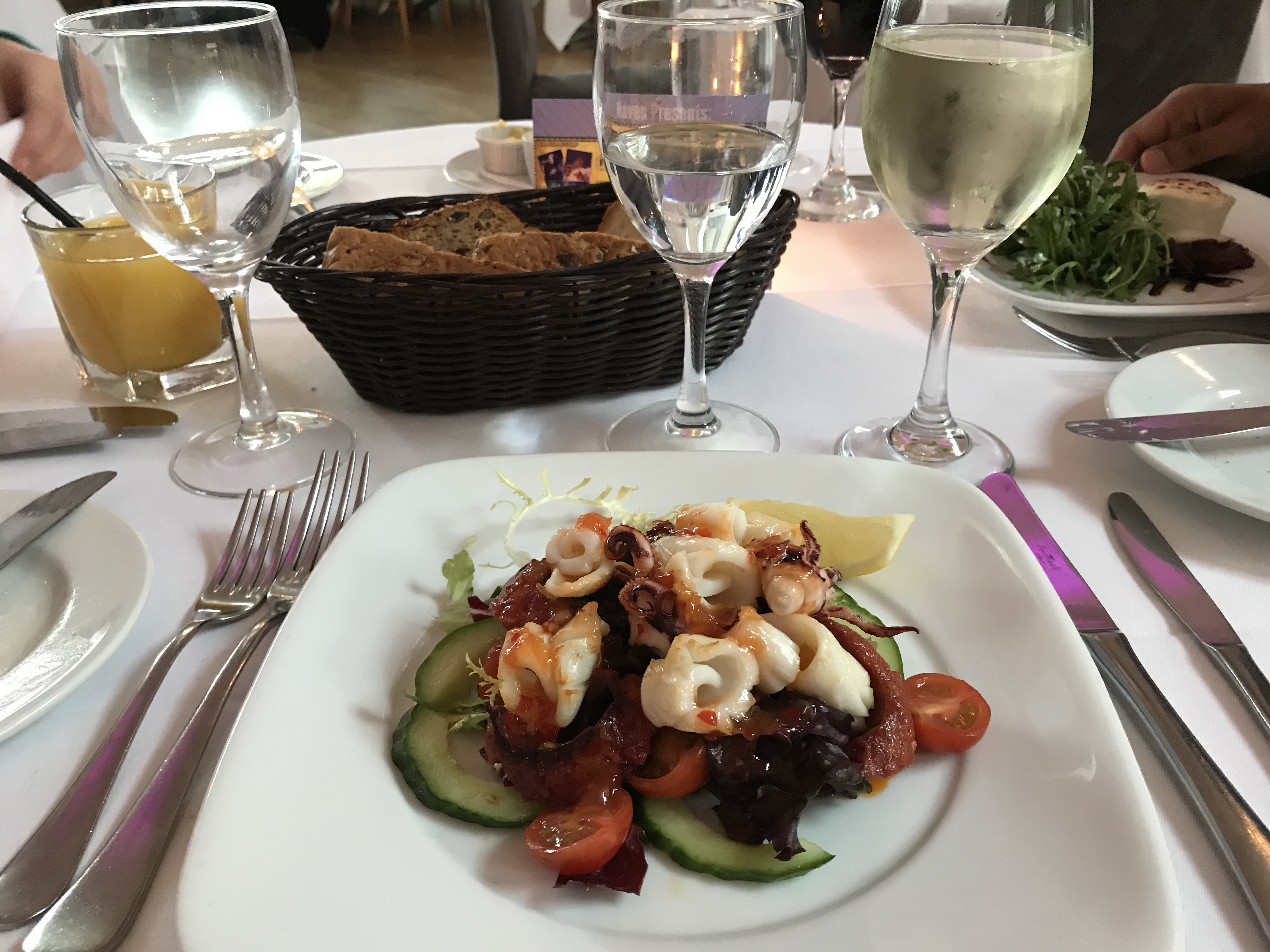 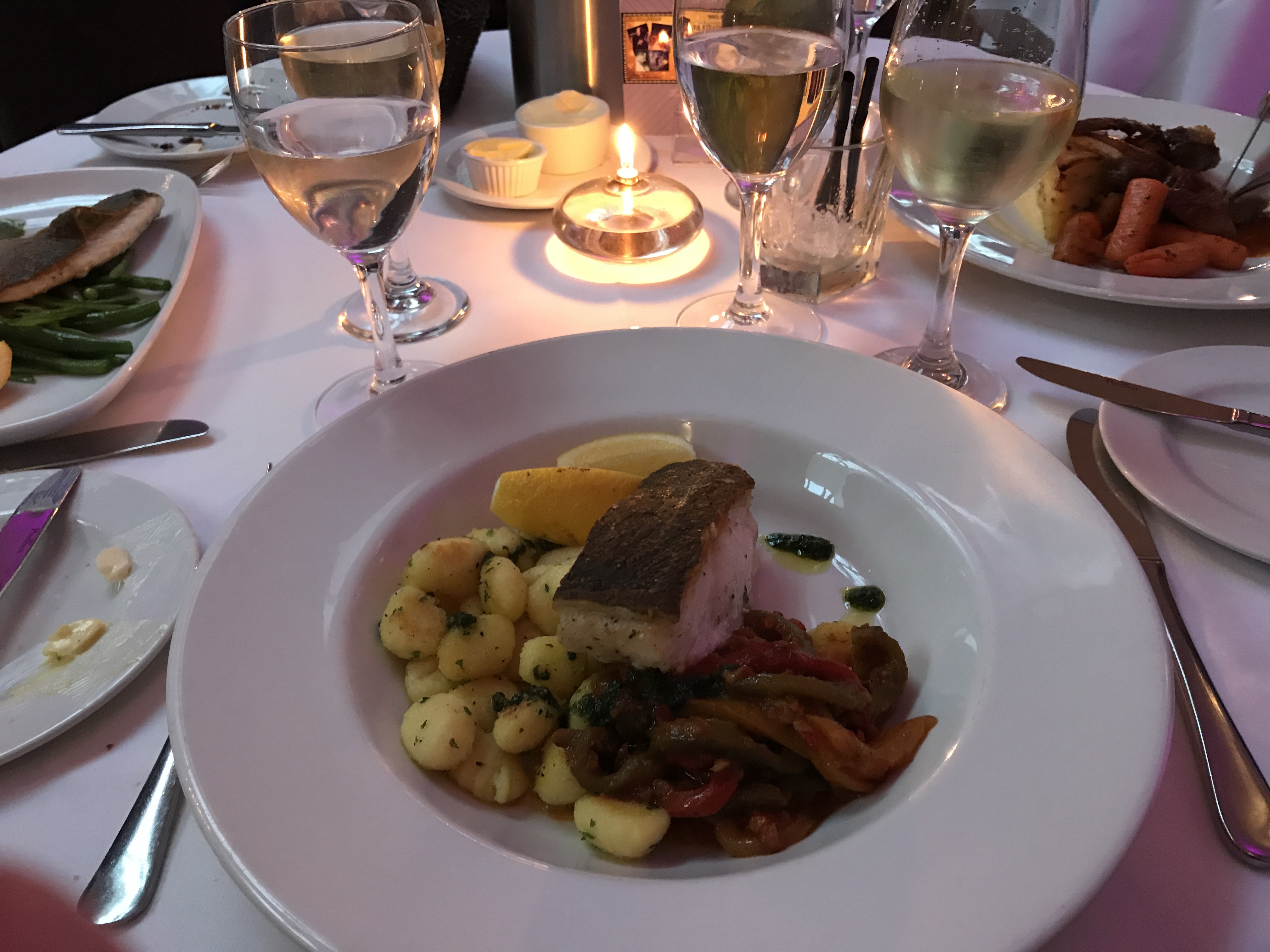 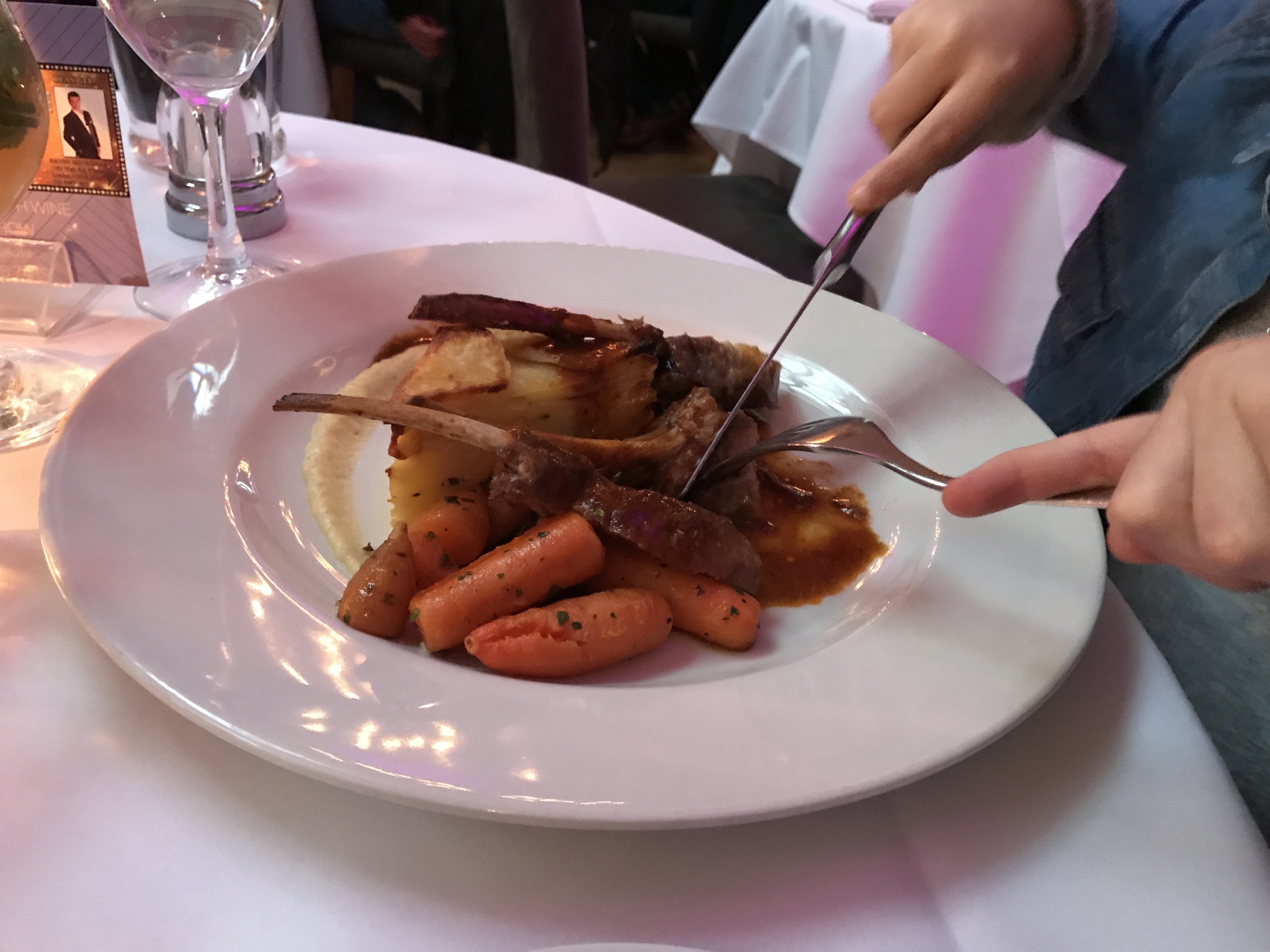 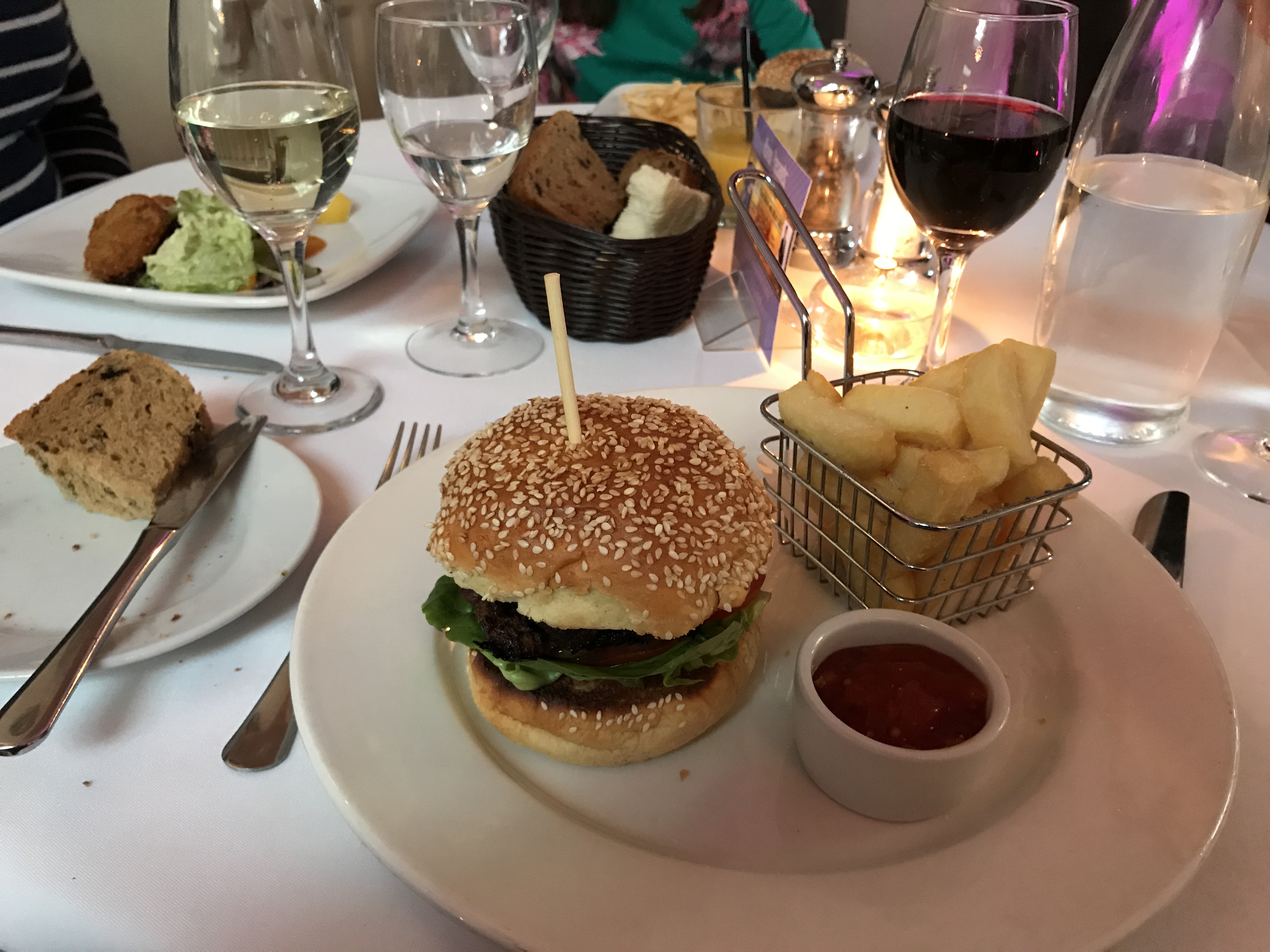 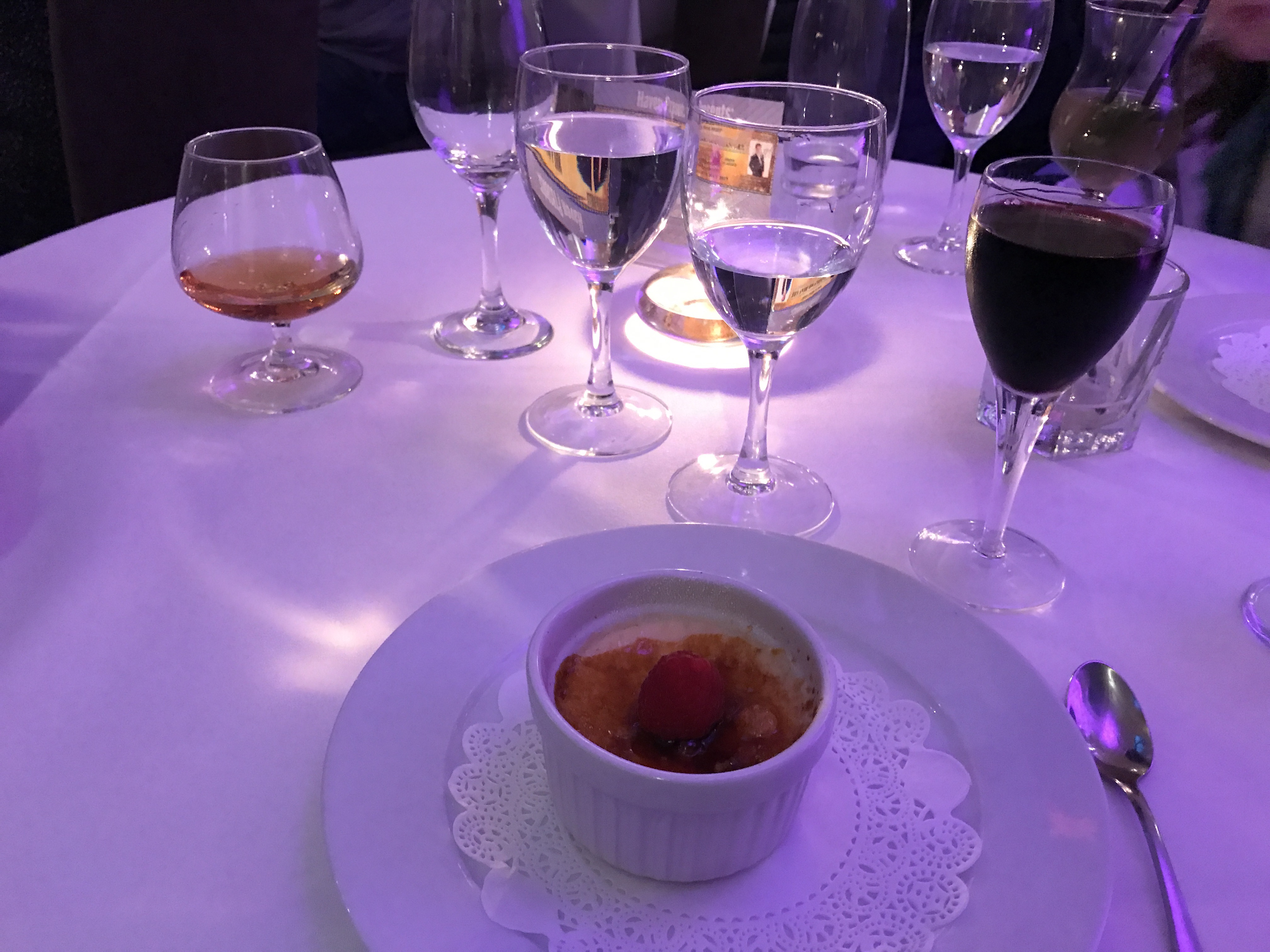 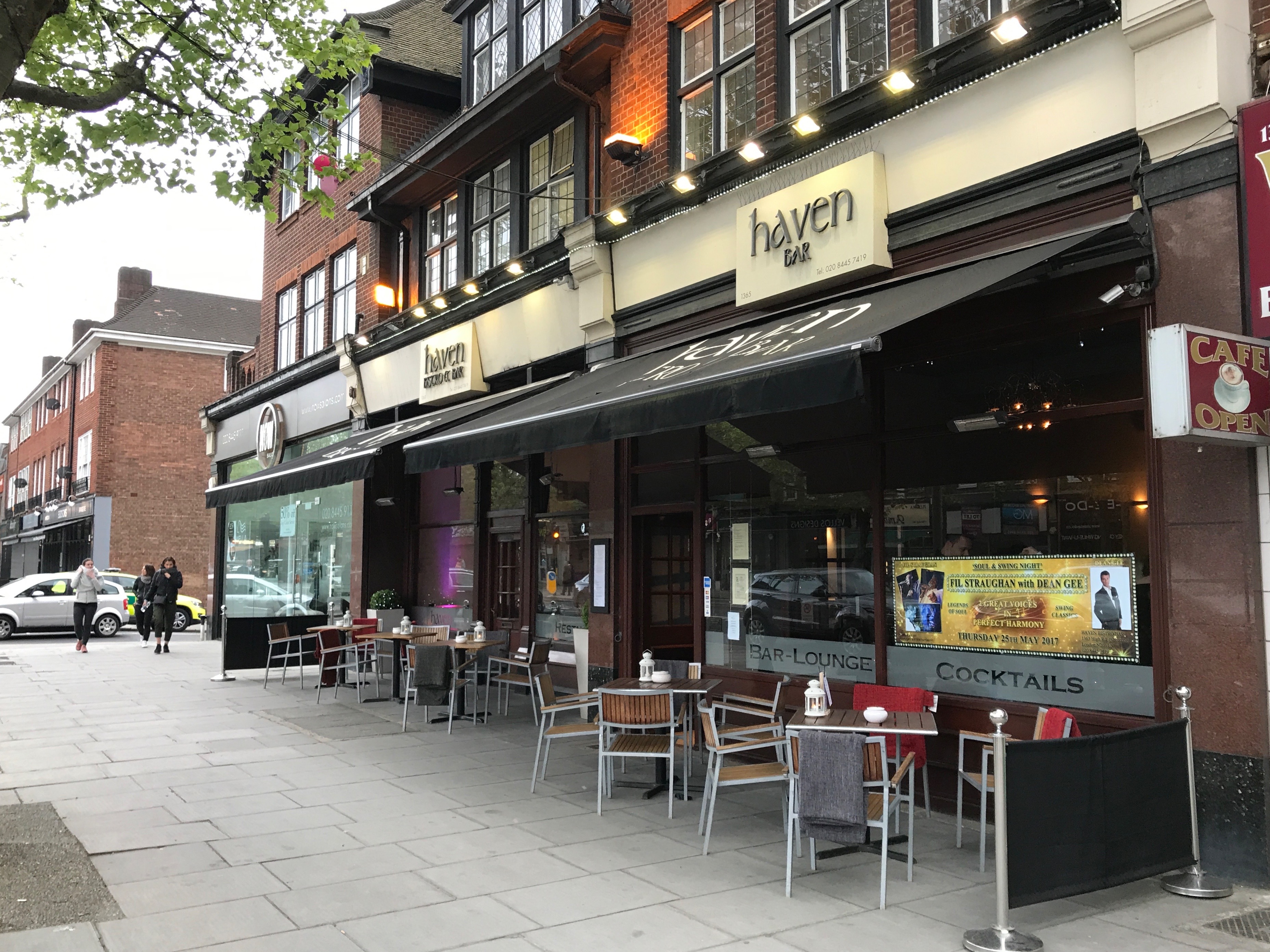 Feeling a little deflated after our holiday, what a lovely treat to discover this newly opened gem in Western Parade …

Here in Barnet we are a bit limited for wine shopping. Cool new independent wine merchants are popping up around …