Now that the winter weather has properly set in, in true January style, our thoughts have turned to holidays.

We usually spend our summer holidays in France travelling around by car, ultimately linking up with family on the Mediterranean coast in Roussillon. However, last year we had to make some last minute changes due to husband’s work commitments, so daughter and I headed off in advance by train.

This unexpected adventure was much easier than imagined. The first leg of our holiday was the Ile de Ré on the Atlantic coast near La Rochelle. Travelling on a Sunday in mid August, leaving Barnet shortly before 7am, my husband drove us to St Pancras for the 8.19 Eurostar – fully booked and chaotic. At the Gare du Nord after a short, relatively step free walk, we found ourselves on the metro heading for Montparnasse and our train to La Rochelle. Despite rather more steps at Montparnasse, we still had enough time to pick up some lunch at patisserie Paul near the platforms before catching the train. I’d been able to buy the metro tickets on the Eurostar and double check which line we needed which really helped speed things up.

At 1pm we boarded the rather smart TGV Atlantique (considerably smarter, calmer and better appointed than our tatty old Eurostar carriage) and the train departed ten minutes later. I treated myself to some wine from the restaurant car to have with my delicious little quiche and we serenely sped through the countryside, crossing the Loire at Vouvray, with the train bisecting attractive historic towns like Poitiers. This was a particular treat as we’re so used to covering large distances in France on autoroutes and generally only seeing places from a distance, unless we deliberately take smaller roads.

We arrived at La Rochelle’s magnificent old station by 4.30pm then caught the local bus to the Ile de Ré, crossing the spectacular toll bridge that links the island to the mainland (causing property values to rocket when it was completed in 1988). In the high season traffic tailbacks go on for miles, but the buses use a separate lane, overtaking the cars. So, getting there turned out to be a breeze. However, once off the bus I had to trundle two wheelie cases some distance along quiet back streets to reach the Maison des Algues where we were staying. To make up for this, we were warmly greeted, had a quick dip in the pool, made new friends and all headed out for dinner together. What a day.

We only spent three nights on the Ile de Ré, but it gave us a glimpse of why people fall head over heels in love with this place. It has an understated chic style – definitely not shabby – and is hugely popular with Parisians who can access it so easily, offering a master-class in ‘smart casual’. The flat landscape features small whitewashed towns, woods, heathland, long sandy beaches and medieval ramparts, all connected by a well signposted network of cycle paths. What’s more the food and drink are first rate, with fish, seafood and local wines really standing out and it’s too easy to develop a weakness for delicious buttery salted caramel (from locally harvested salt). Most towns have daily markets during the season.

Back across the bridge, handsome La Rochelle, one of France’s oldest seaports, merits a proper visit and would make an ideal destination for a long weekend (and boasts 160km cycle tracks). If you hire a car you can explore further inland, following the Charente and Boutonne rivers historically used for shipping Cognac. You could take in the pretty riverside brandy towns of Cognac and Jarnac and return to the coast for Rochefort and Royan.

We continued our rail journey to Biarritz and then to the Med before driving home, by then with husband and a car full of other goodies. But another time we’ll return home from La Rochelle by rail and let the train take the strain. And with a bigger girl who can carry her own bag. Easy. 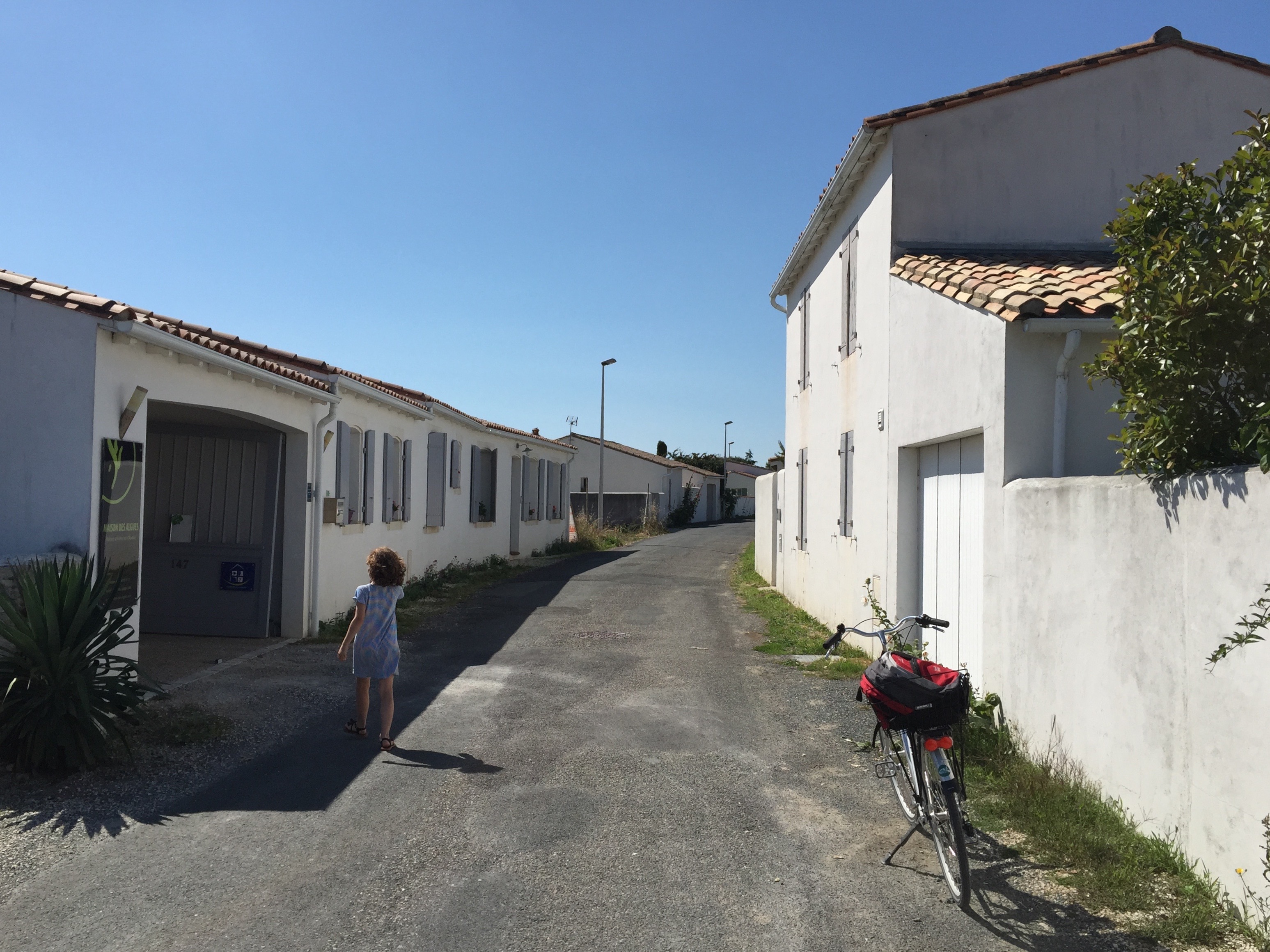 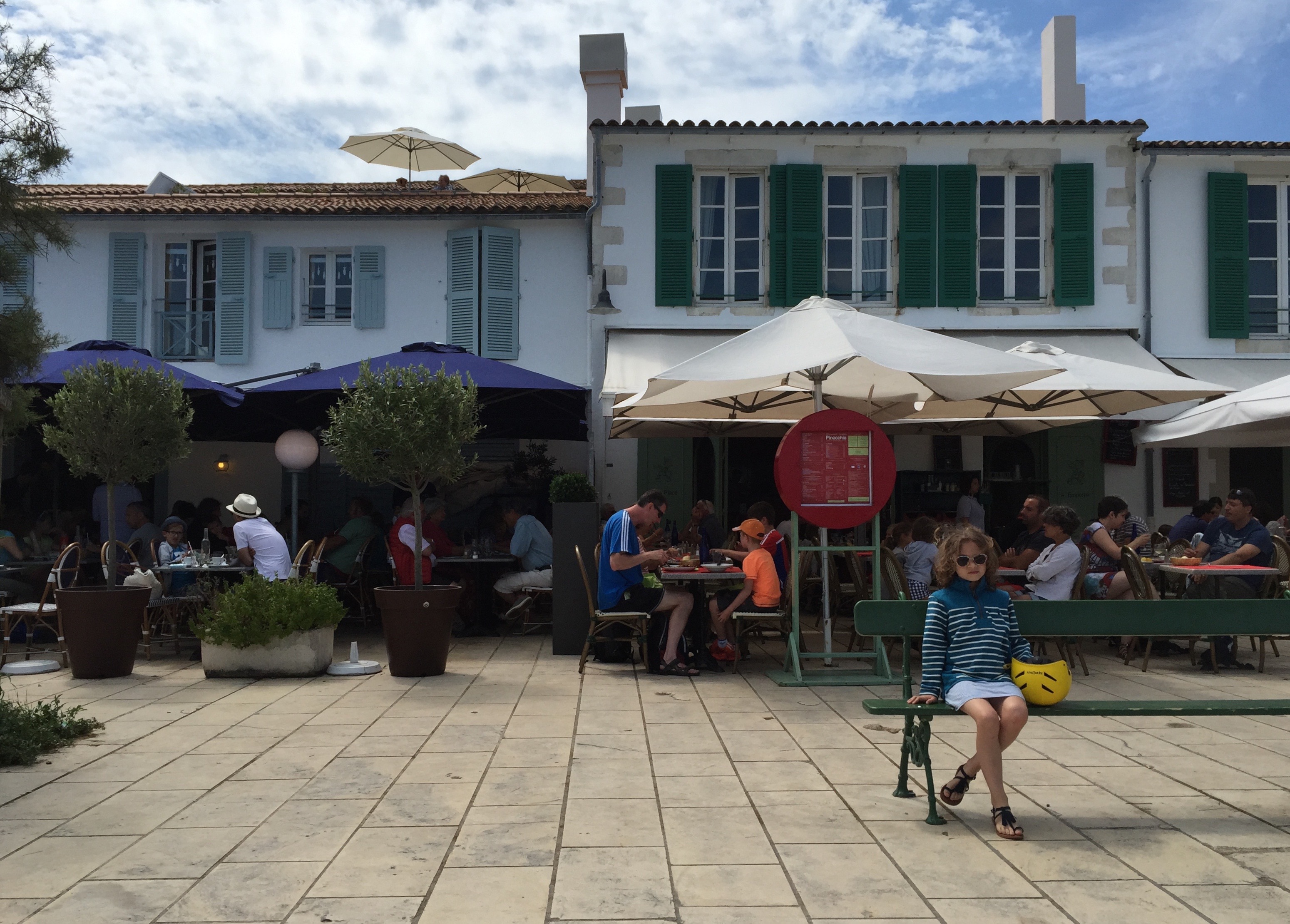 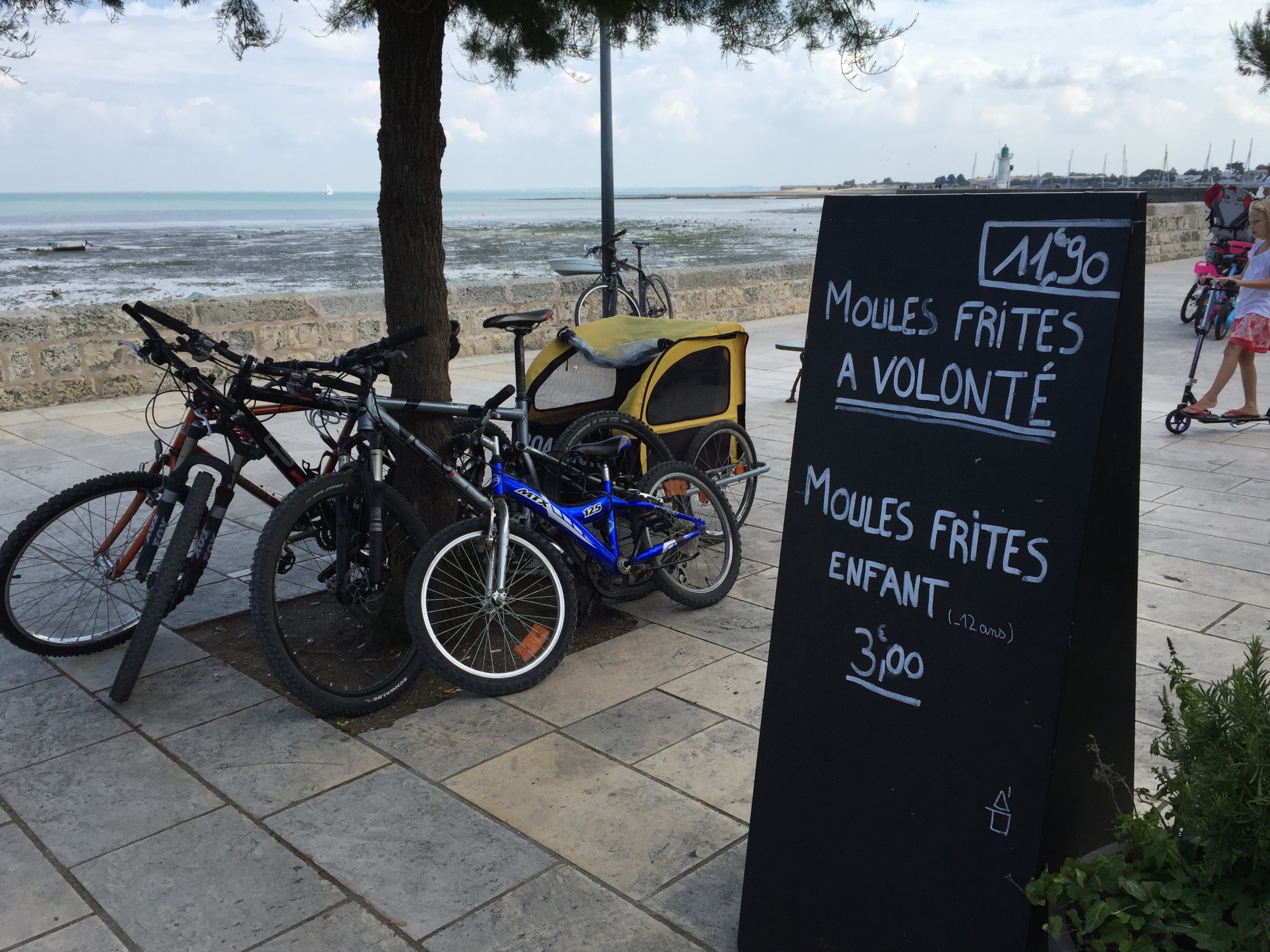 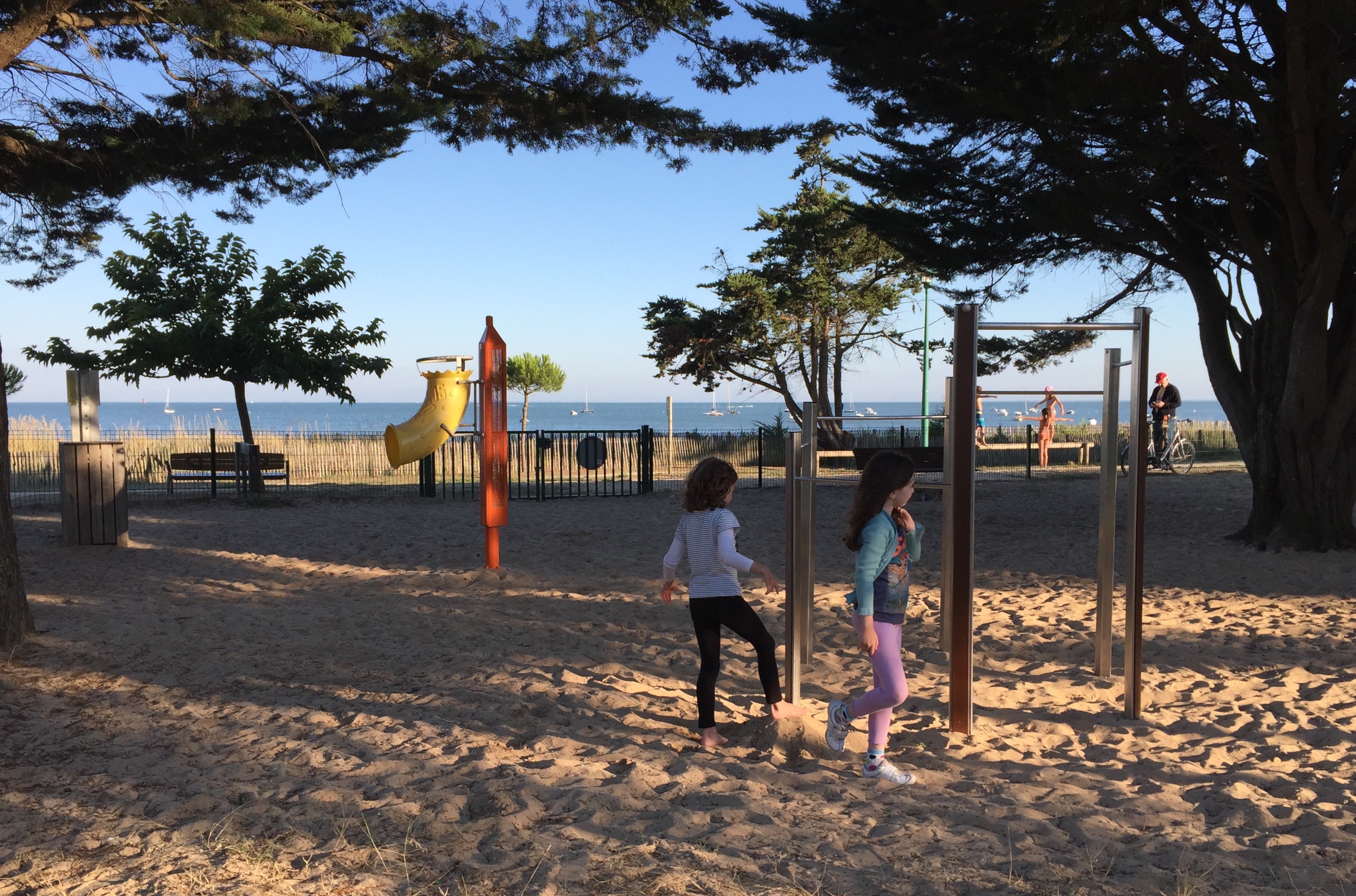 Inspired by the Great British Sewing Bee? Whether you’re completely new to sewing or have some experience but nervous (like …