After its refurbishment and rebranding we discover what’s different about the old Red Lion Toby Carvery.

Well, it’s been spruced up and the interiors have been brought up to date – although, for now, the exterior still requires some more work. The colour-scheme is a little erratic and it does look as though the decorating was done very quickly.

The main bar area has some new large screens and the old carvery area has been opened up to incorporate a pizza oven and small salad bar. It’s now tiled and it certainly looks fresher. There are also some retro features dotted around like the topping dispensers for ice creams. The seating remains the same with plenty of large tables ideal for groups.

At lunch and dinner the carvery still dominates. However, I was most interested in seeing how they’re doing with the new pizza oven. So far I haven’t tried the fish finger pizza, but less gimmicky standards like pepperoni (£7.99) and Margarita (£6.99) were good. The crust was thin and puffy with a nice amount of charring beneath from the intense heat. Veggie options like lentil shepherds pie (£7.99) and mac and cheese (£6.49) were fine, although they could have been more appetisingly bubbling and golden on top. We also tried a burger with pulled pork and cheese sauce (£6.99 plus £1.50) which was a bit over-cooked and dry, but tasty enough and a pretty good steak and ale pie (£6.49). Our daughter’s chicken nugget/gougon (£3.99) went down well and came with unlimited vegetables and salad like all other main courses.

We had a few desserts from the predictably calorific selection. They had run out of creme brûlée with shortbread (£3.99) so I had the chocolate meringue pie (£4.29) which was too rich and filling to finish. My husband’s pineapple upside down cake and custard (£3.49) was appropriately comforting for the bitter winter weather and ice cream (£2.49) and sprinkles were quickly hoovered up.

The drinks list boasts some “handpicked” craft beer and cider such as Brewdog, Little Creatures and Camden (although they sell out quickly unless on tap), featured gins, cocktails (£3.99 per glass or £9.49 for a pitcher) and “mocktails” including an enjoyable Cranberry St Clements (cranberry and orange with bitter lemonade, £1.99). Sadly, the wines are less “handpicked” sticking to branded offerings like Gallo, Hardy’s, Echo Falls and Oyster Bay (and even a Liebfraumilch – haven’t seen one of those on a list for ages), but prices are low. Our drinkable Campo Viejo Rioja was £11.99, but there’s also the bargain basement Vinewood house wines from Spain at £8.49 a bottle. Fizz (mainly Italian) is a better option with Ca Belli Prosecco for £14.99 or more basic bubbles, Piccini for £11.99. All the still wines are available by the glass from £2.55. There are also slushies.

Realizing we hadn’t given the carvery a proper go, we returned for a mid-week supper and, at 7.30pm they were already almost out of meat. The beef had all gone and we had some of the last of the turkey and gammon with sausage and stuffing. The roast spuds were rather dry and hard rather than crunchy (this will happen on the hot counter under the lights), but the other veg was okay, if a bit underdone. A carvery shouldn’t be running out of meat in this way and, not surprisingly, people weren’t very happy about it. A large group near us had come in to eat and ended up just having drinks before leaving to get a takeaway. This is not clever, particularly so soon after re-opening when it’s important to be making a good impression.

Staffing is clearly an issue and there are teething problems in the kitchen – something that’s been obvious on all three of my visits so far. Thankfully there are some switched-on, experienced members of staff who are holding things together. It strikes me that the prices are too low for the offering to be viable. The standard carvery is £6.49 Monday to Saturday and £9.49 on Sundays. Surely, if they increase the prices they can boost staffing levels, improve service and keep the punters happy. It makes no sense that a simple pizza costs more than a roast dinner. Why not have one price for daytime and another for evening?

Owners Mitchells and Butlers have a great opportunity with the Red Lion for a popular family restaurant in a local landmark to which residents feel emotionally attached. Let’s hope they iron out these glitches and allow people to start enjoying it properly. 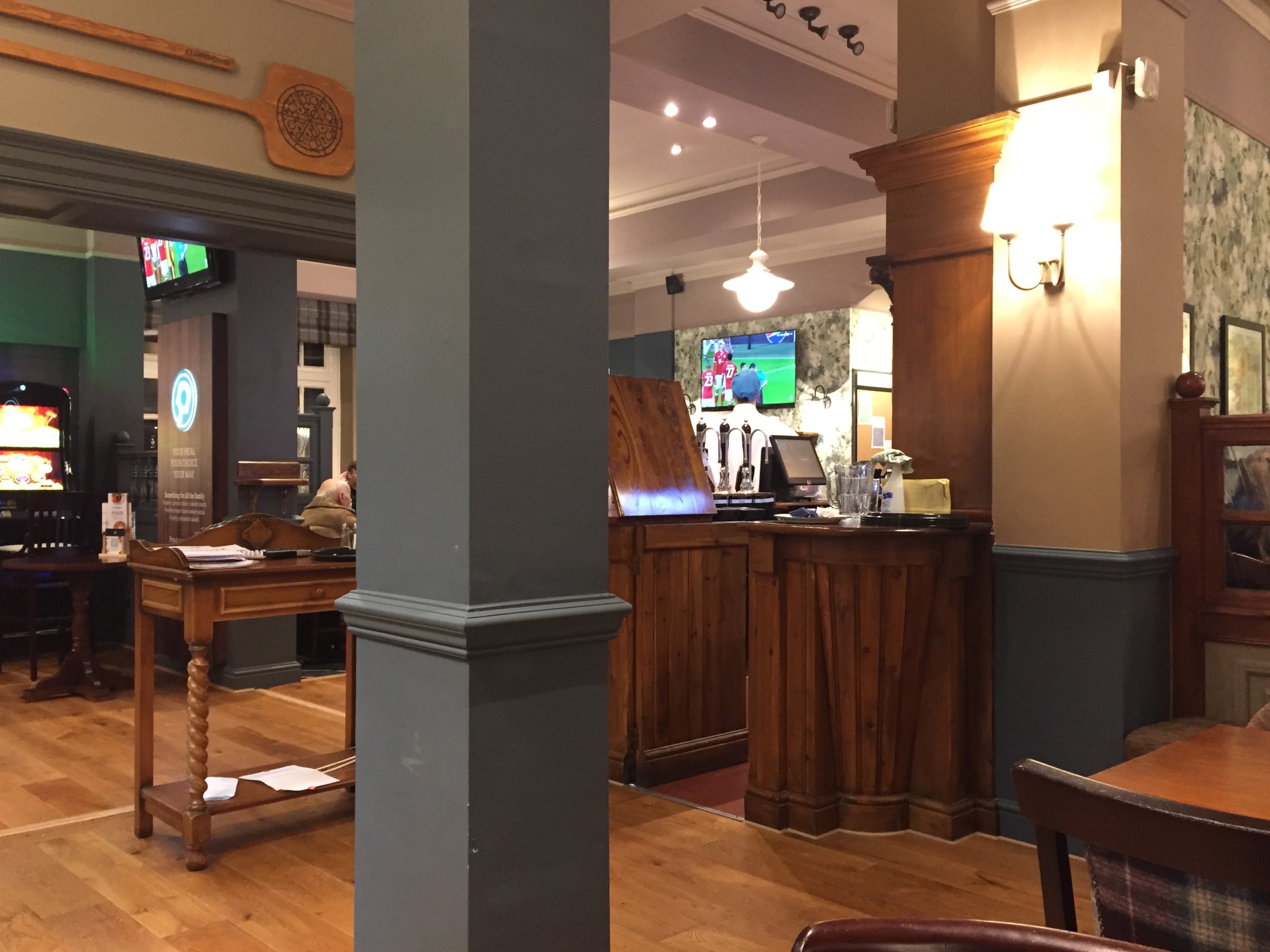 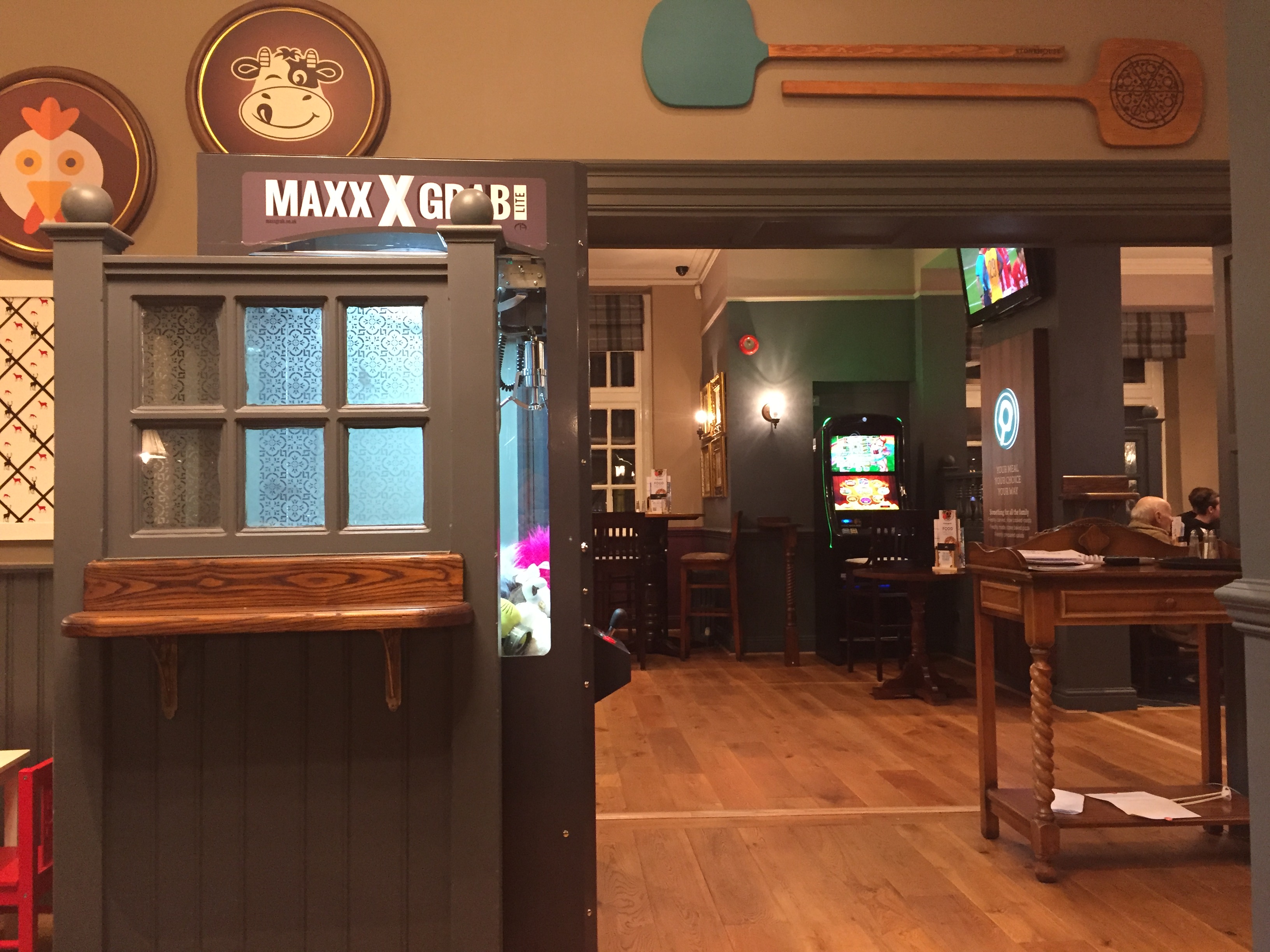 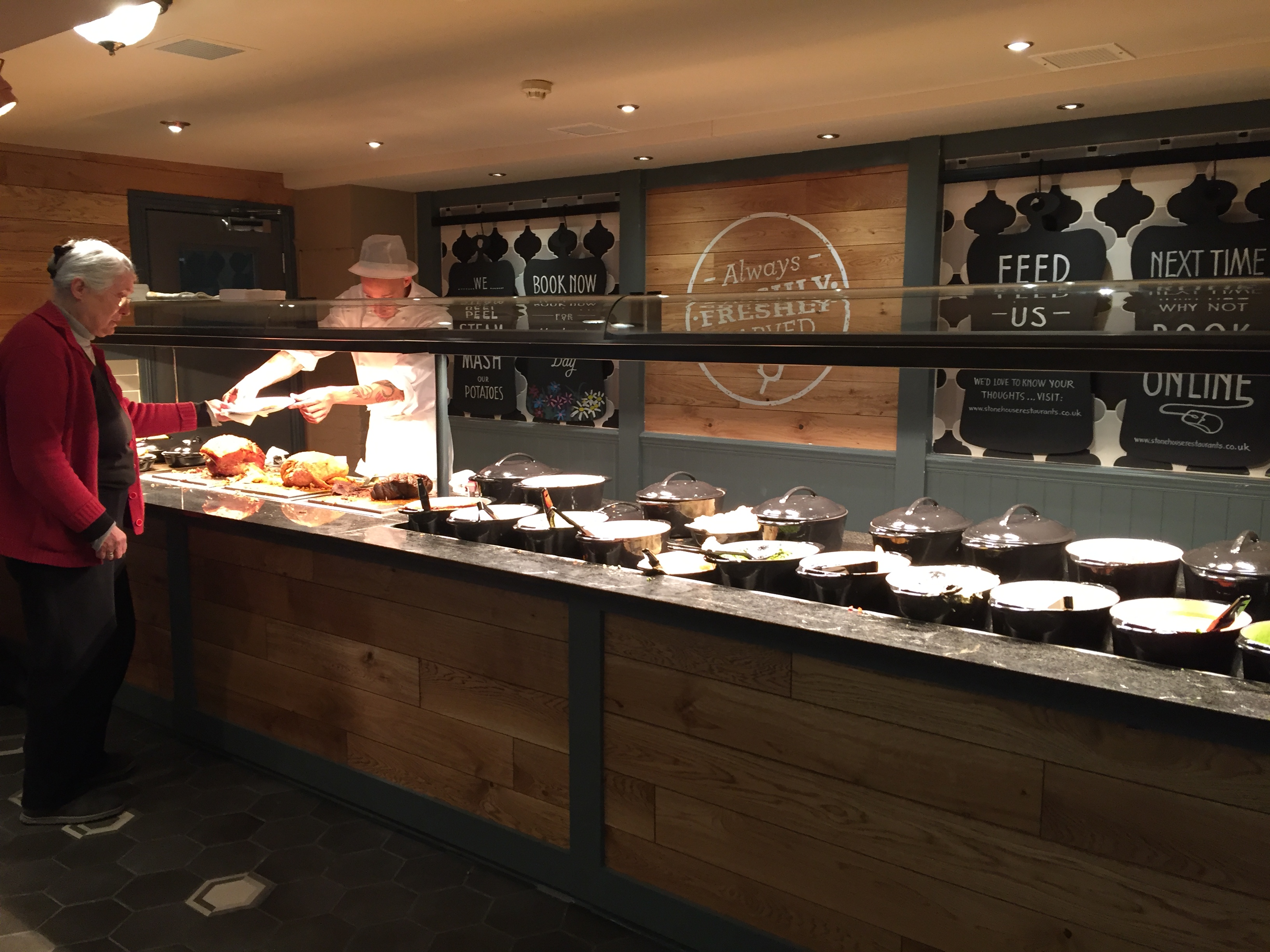 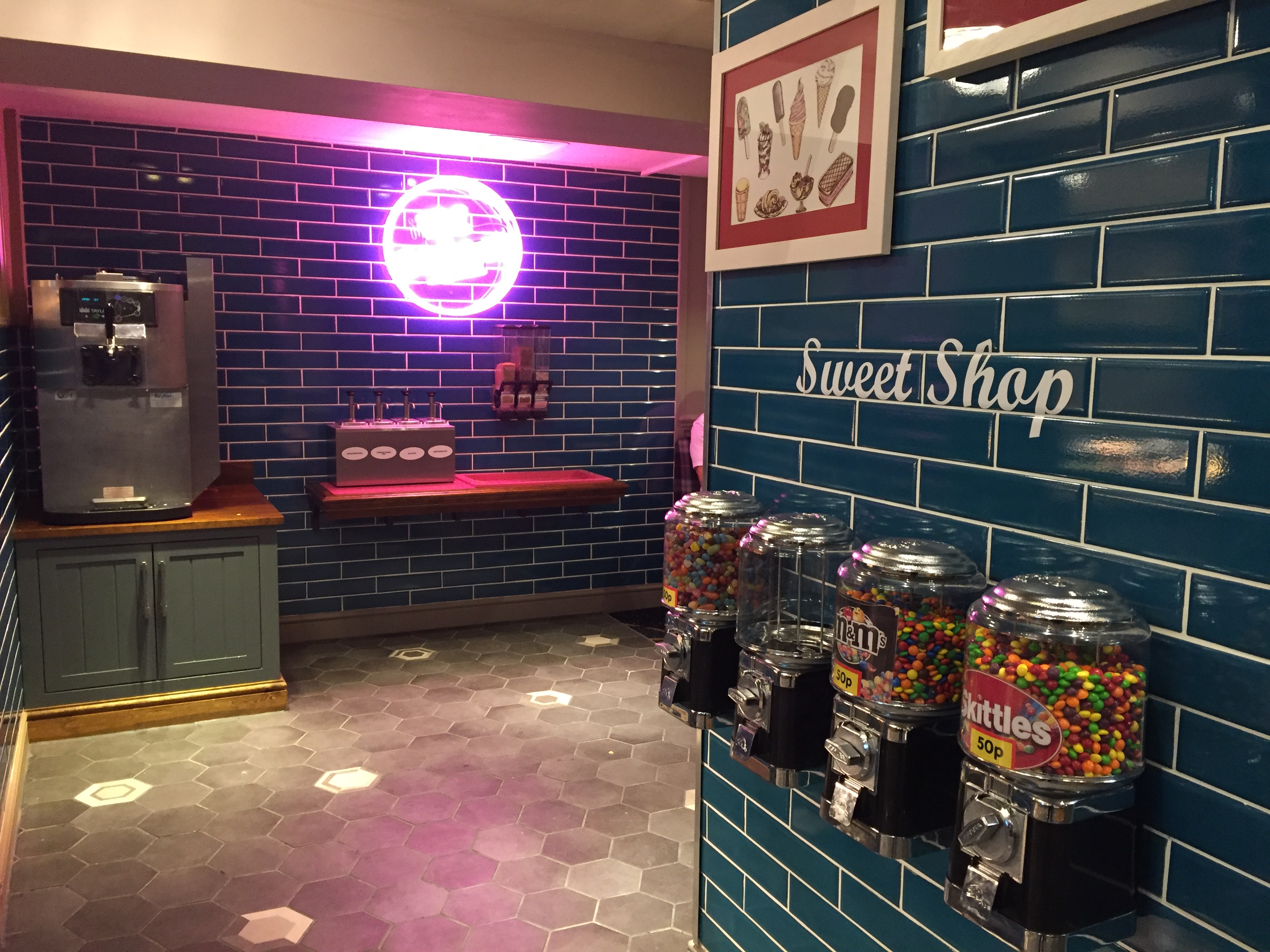 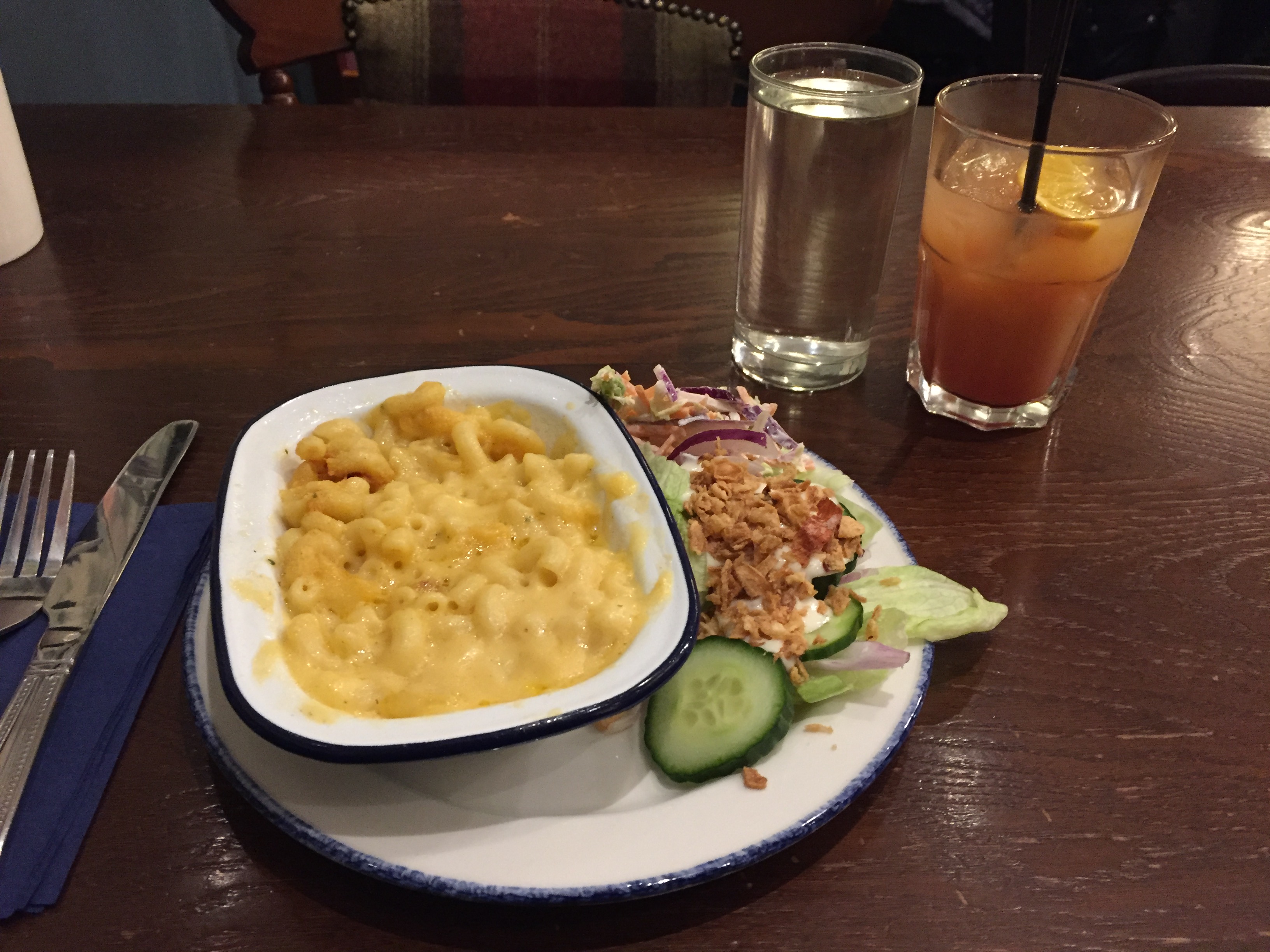 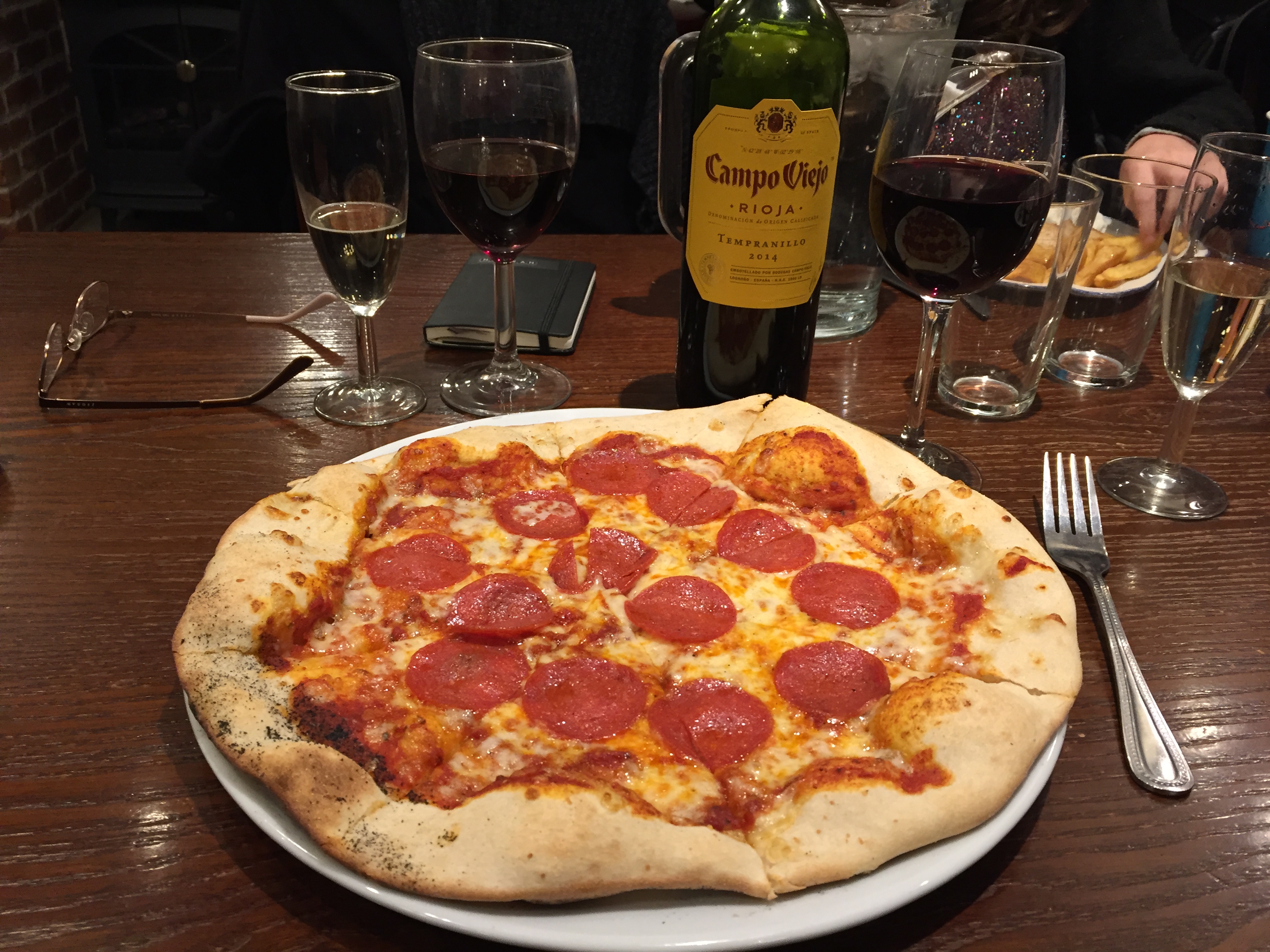 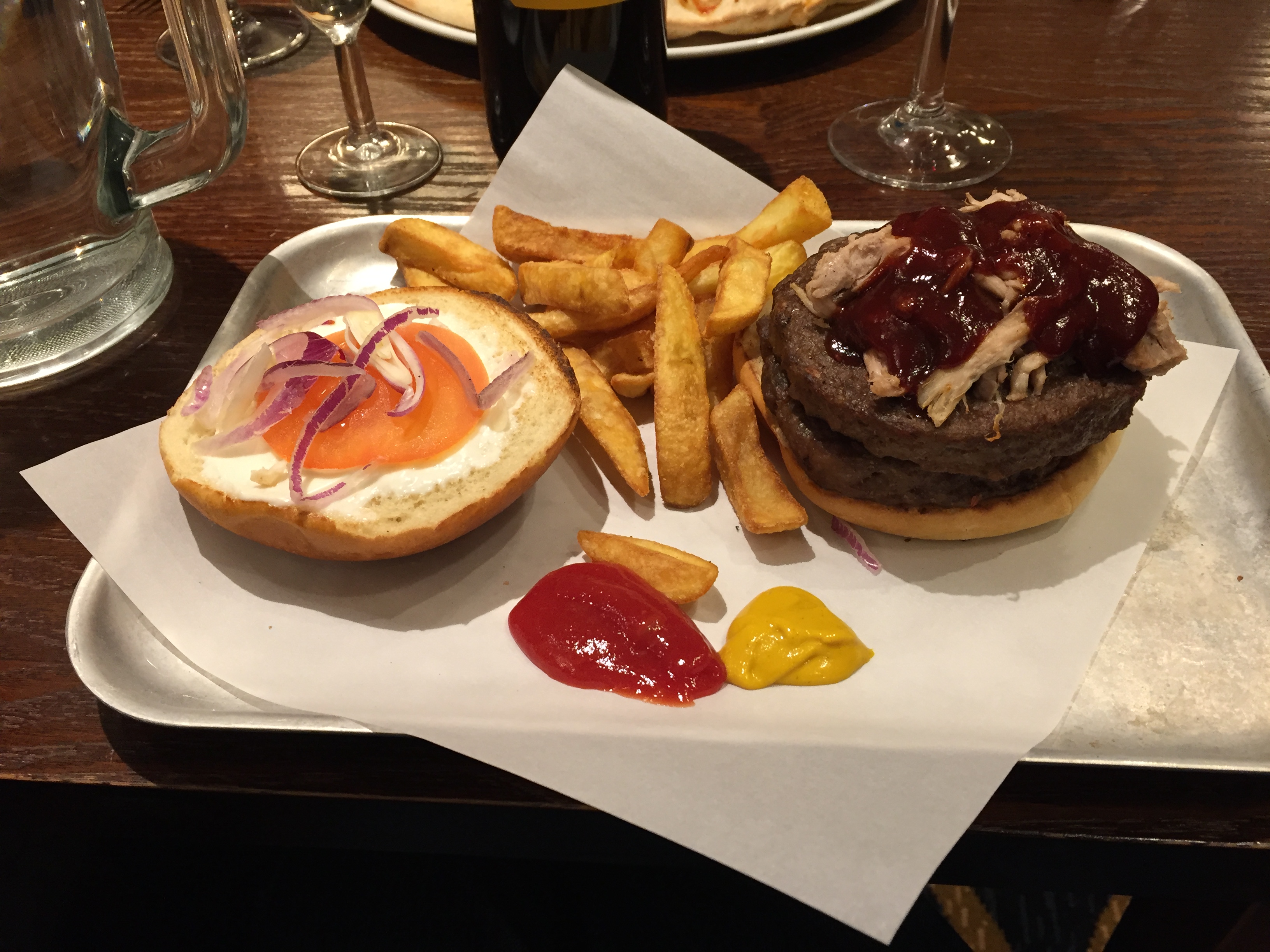 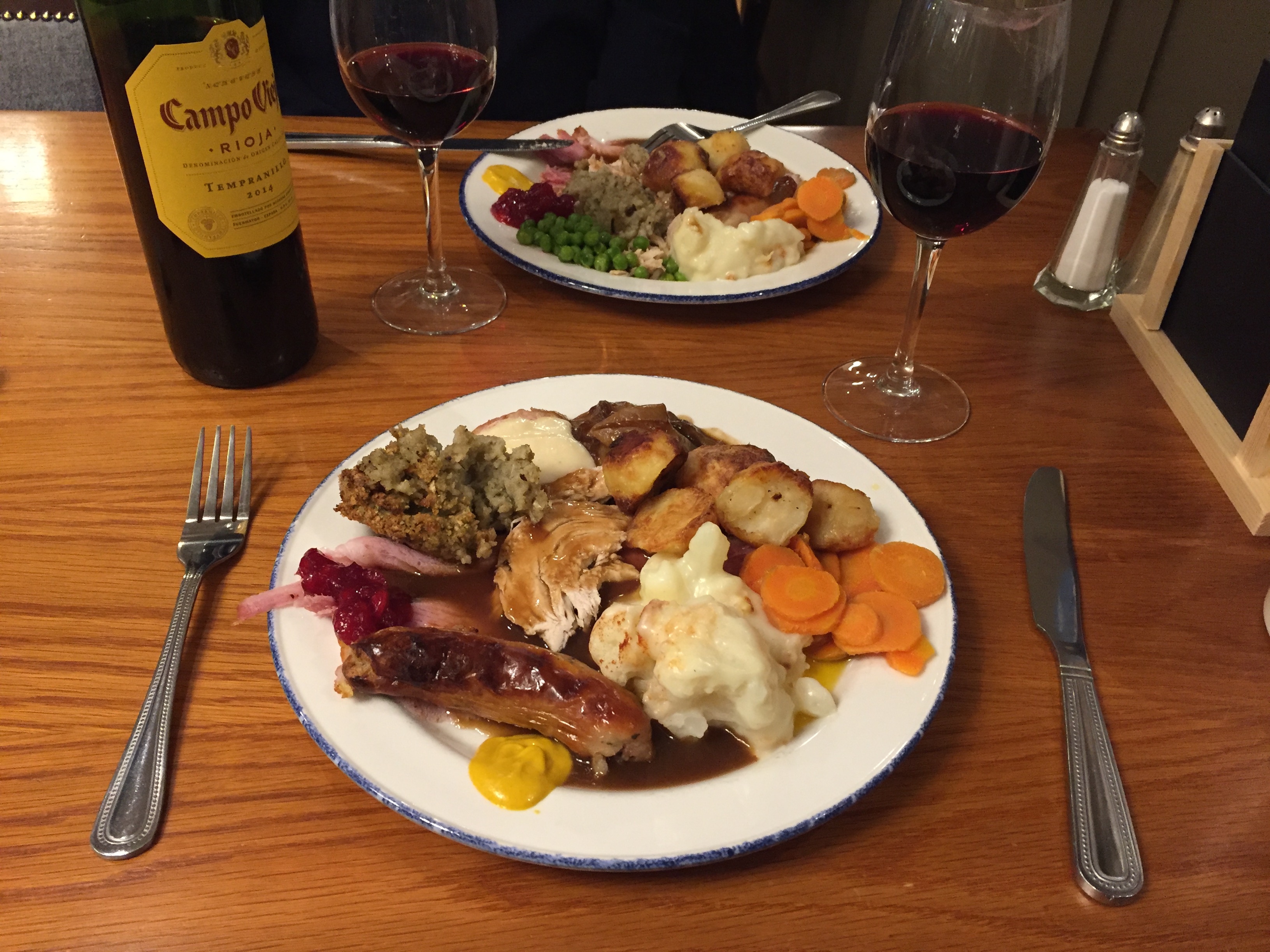 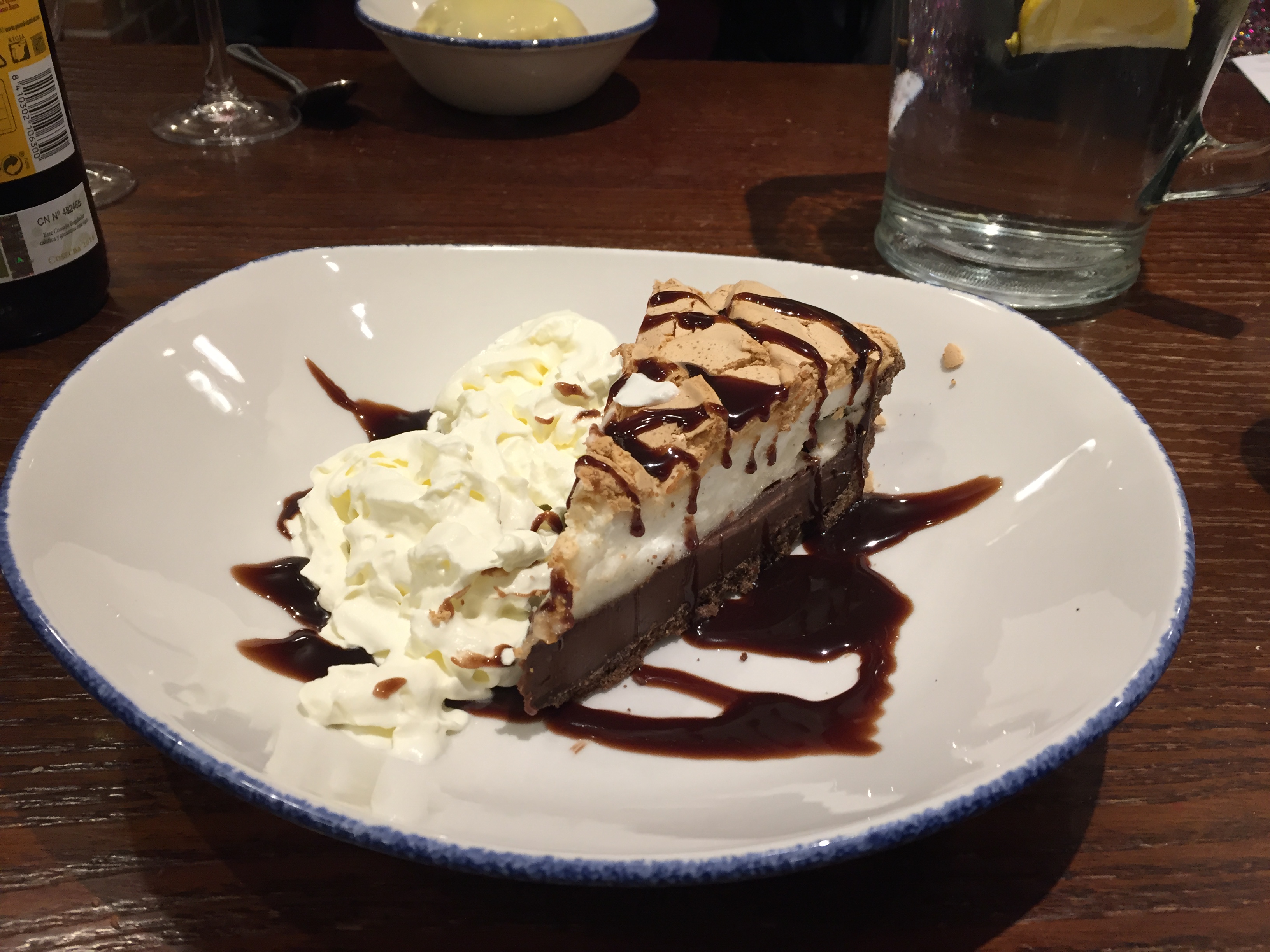 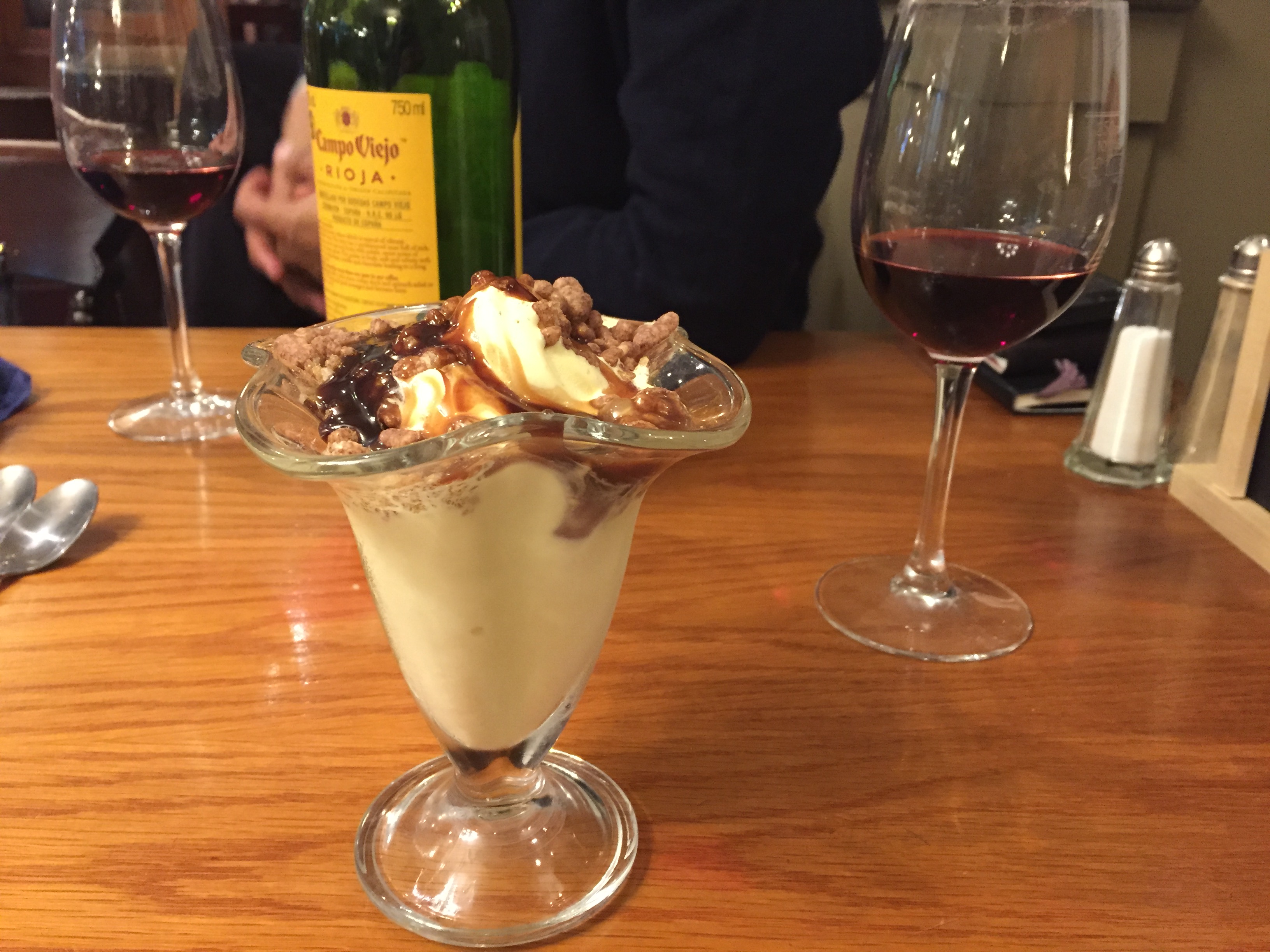 Even if there’s still a bit of a chill in the air, a glass of something refreshing and uplifting might …