A lot of us pass it all the time without giving it much thought, but Tudor Hall has a fascinating history as the original Queen Elizabeth’s School for Boys.

In marked contrast to the large modern Barnet and Southgate College campus, Tudor Hall was constructed in 1577. This was following a request by Robert Dudley, Earl of Leicester for a charter for “…the establishment of the Free Grammar School of Queen Elizabeth in Barnet, for the education, bringing up and instruction of boys”. She granted this and the result was the Free Grammar School in her name built across the road from St John the Baptist Church. Confusingly the date above the door, 1573, refers to the founding date, rather than when the school opened.

According to the current school website for several hundred years “boys had to attend church on Sundays ‘in an orderly manner’ or face a punishment of six lashes. In memory of this tradition of church attendance and of the founding of the school, each pupil attends a special service at St John the Baptist Church in Wood Street. Afterwards, a roll call is held in front of the School.”

The school was only “free” in the sense of being free from church control. Local boys (of course it was only boys being formally educated at the time) had to pay 2 shillings admission and £1 per annum according to records from 1634. Boys from further afield paid more and in 1637 the school started admitting poorer pupils, initially four “towardly and docile, of poor parents [to] have their learning and education gratis” (Barnet and Hadley Past, Pamela Taylor). Over time the number of free places increased.

We’re used to the term “grammar school” meaning an academically selective school, but historically it referred to focussing on the teaching of Latin (apparently older boys were punished for speaking English!) Over time the curriculum broadened, but even in 1805 this type of school was prevented from teaching maths and modern languages and this remained the case until 1840. In 1825, however, Barnet governors declared “boys should be taught writing, arithmetic, geography and the Latin grammar, and to read the Holy Scriptures”.

The school was outgrowing the site by the late 19th century and in 1885 one of the governors, H E Chetwynd Stapylton, purchased a plot off Wood Street near the Jesus Hospital and Hertfordshire County Council constructed the new school in Queens Road in 1932, with the Stapylton Field out the front used for cricket and rugby. Tudor Hall continued to be used for classes until this point. The design of the current school is clearly inspired by its Elizabethan roots.

The Jesus Hospital Charity acquired the building after a special act of Parliament who used it for offices and meeting space. They sold it to Hertfordshire County Council in 1958 and it became part of Barnet College by the late 1960s.

The hall is currently used as a banqueting hall and conference space and is available for private hire. It will be open during the Barnet Christmas Fair on Sunday December 4th which is a good opportunity to have a nose around this iconic local landmark. The interior has been modernized with plain white walls, but the wooden ceiling remains. Last year members of the Barnet Guild of Artists had stalls (where I bought a rather beautiful hand-painted silk scarf as a Christmas present for my mother). This year they will be joined by Santa and his helpers who will be on the top balcony. 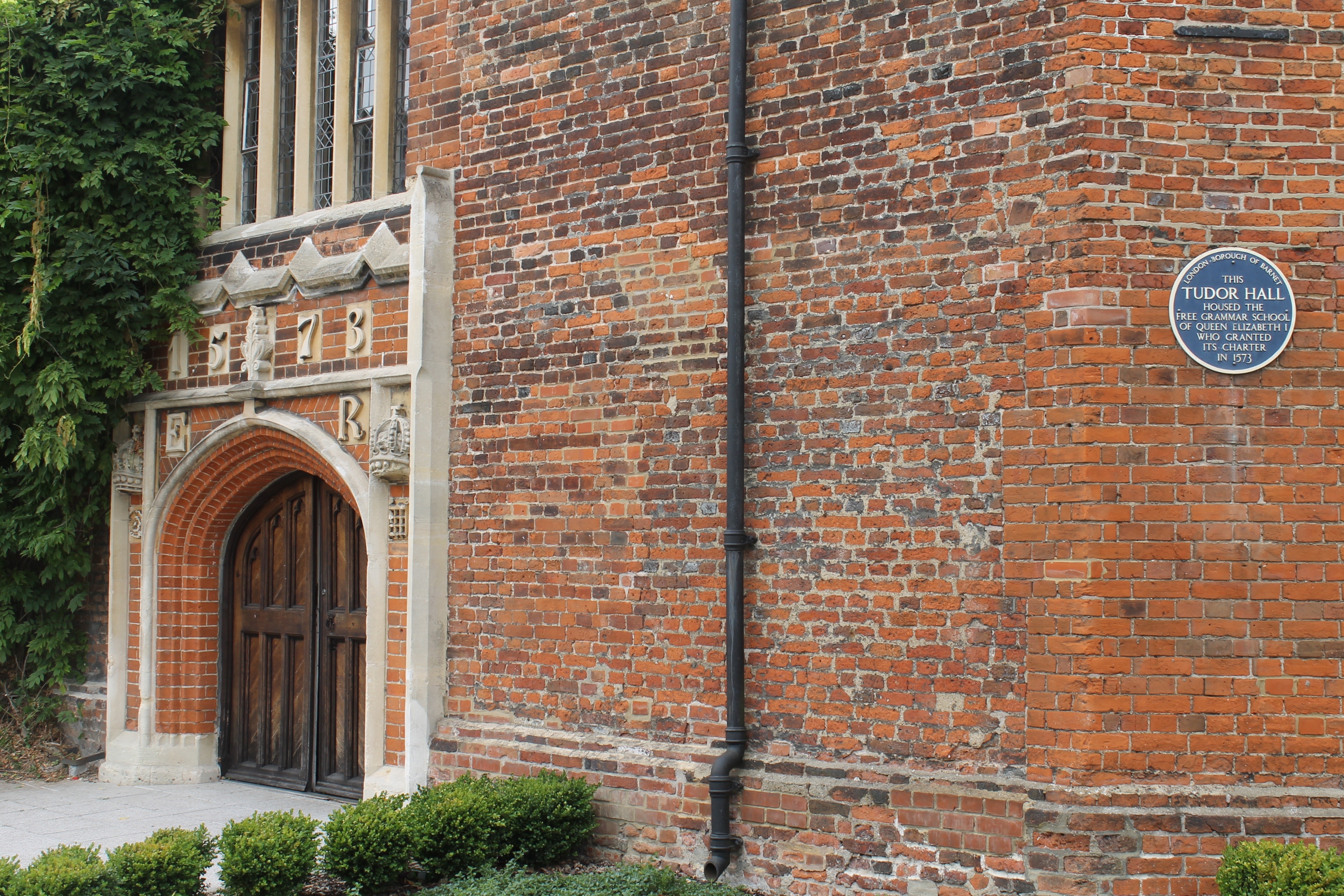 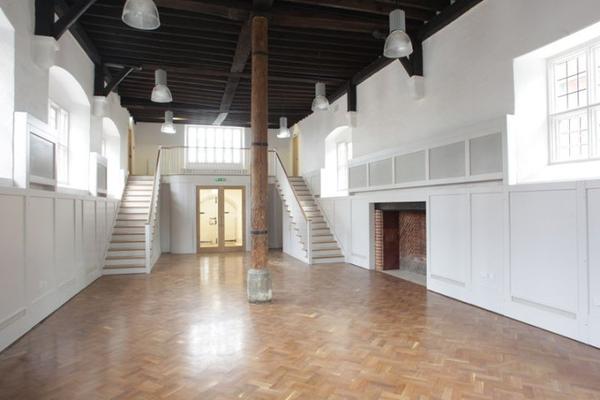 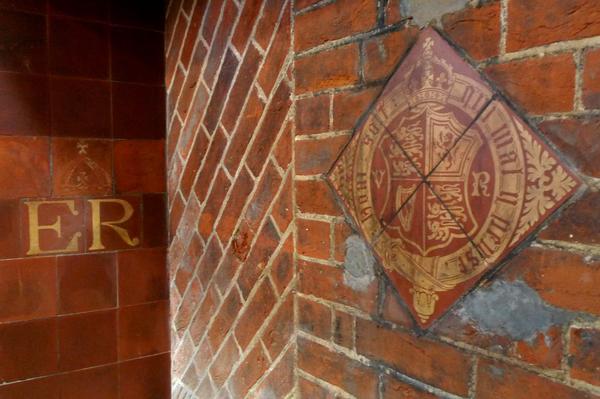 Pictures of interior and detail of brick fireplace courtesy of Barnet and Southgate College.