Not as touristy as expected, this was a surprisingly good day out: a thrilling insight into film-making and special effects, as well as an unforgettable fix of Harry Potter.

Just around the M25 near Watford the exhibition is at Warner Bros Studios at Leavesden which was home to the film series for a decade. Unusually, countless props, costumes and artefacts were left over when the films finally wrapped in 2010 and these are the basis of the Warner Bros Studio Tour – The Making of Harry Potter.

As a Christmas treat, three generations of us headed there earlier this year on a dreary Sunday morning. It’s all clearly signposted with masses of parking – Leavesden is, after all, a busy, state-of-the-art film studio – and it’s huge; it was previously an aerodrome. Although you’re allocated a specific entry time (arrive 20 minutes earlier), do allow plenty of time for the tour. There isn’t a time limit and our three-hour visit could have been considerably longer. If you have morning entry, you could easily spend the whole day here. Pace yourself, stop for lunch (there are cafés and packed lunches are also welcome) and resume in the afternoon. There is so much to take in.

Being on such iconic sets is a thrill, especially Diagon Alley and the Great Hall which, on our visit, was dressed exquisitely for Christmas. You can gaze in awe at the big sets and also enjoy technical displays showing the finer details of costumes, make-up and special effects. It was a real feast. Naturally we spent some time in the shops, particularly the Studio Shop were you can select your wand and we supped some super-sweet Butterbeer in the Backlot Café near the Knight Bus and Privet Drive.

We were blown away by it all. What’s more, being surrounded by so many iconic things is surreal and mesmerising. Another visit will be in order before long.

Images courtesy of Warner Bros. (Unfortunately, I accidentally deleted all the pictures from our visit.) 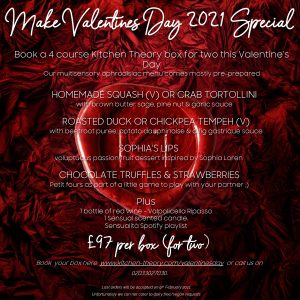