For a bit of festive cheer, this twinkly tour of London on two wheels takes some beating – particularly if the weather stays dry.

The London Bicycle Tour Company is based in Kennington near the Imperial War Museum, so easily reached by public transport. Lambeth North tube is a short walk away. We arrived 15 minutes before our 3.30pm tour so we could be fitted up for bikes, furnished with hi-vis jackets and given a quick safety briefing.

It can be nerve-wracking cycling through busy London, but in a group and generally using quiet streets, it was fine. We whizzed along past congested traffic, stopping occasionally for informative chats from our guide. A couple of Saturdays before Christmas, there were a lot of people around and various hot-spots like Carnaby Street were a challenge with a bike (to say the least). Crowds apart, it was certainly worth it for the best lights (dreamy aquatic theme), although other strong contenders were Bond Street with its glamorous peacock tails and the pretty stars at Seven Dials. Sloane Square is also a treat this time of year (unlike hellishly busy Harrods and Hyde Park/Winter Wonderland) and we were charmed by Pimlico which had some beautifully dainty decorations. We stopped off for a welcome coffee break in St Christopher’s Place before pushing on through the crowds around Oxford Street – one of several stretches we had to walk rather than cycle.

Our circular tour concluded crossing Waterloo Bridge and returning to Kennington via the eye-catching “Banksy Tunnel” on the South Bank, full of graffiti artists at work. We finished at about 7pm in time for an early dinner – well away from the West End – before heading back home on the Northern Line. Great fun. 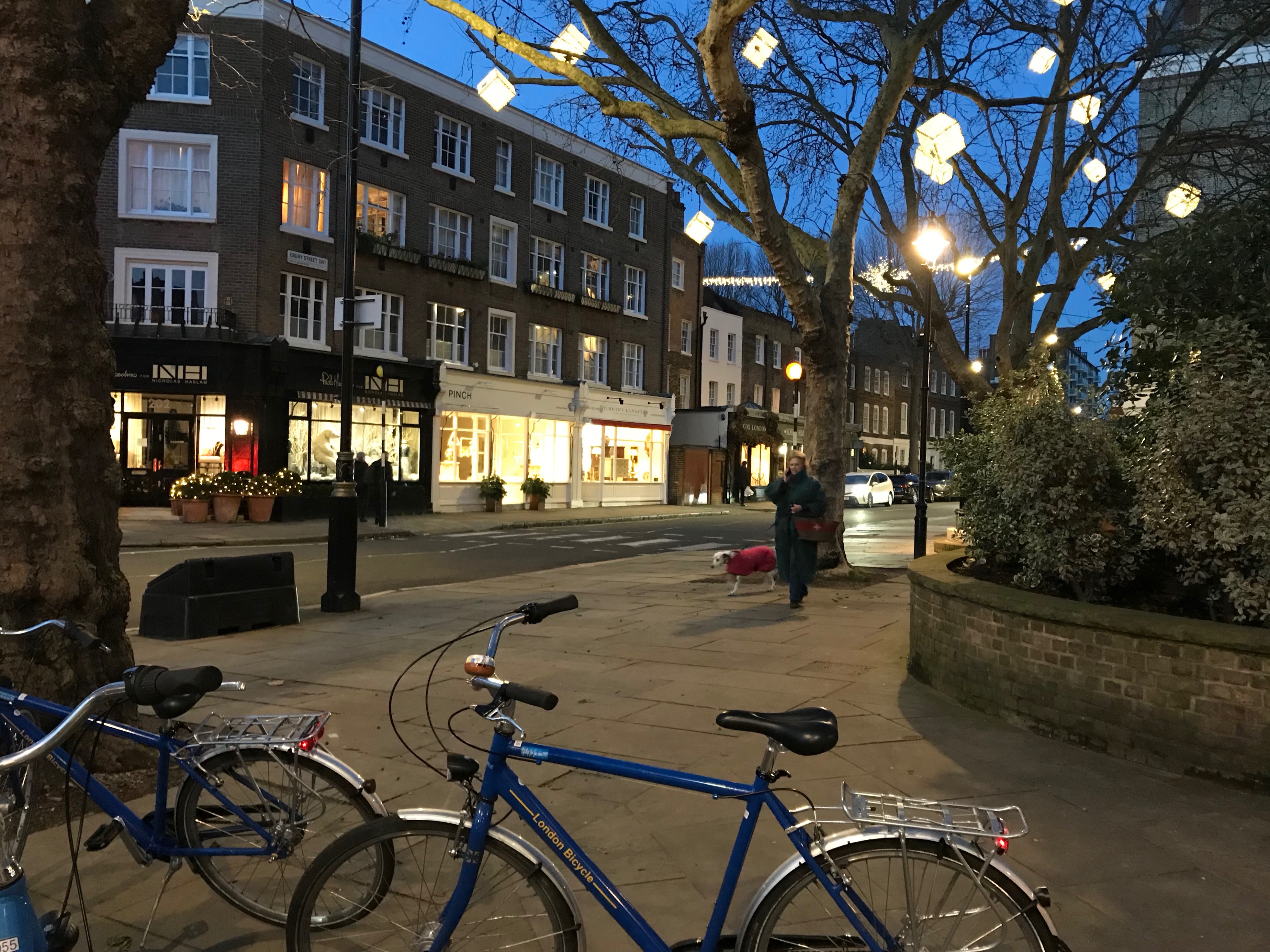 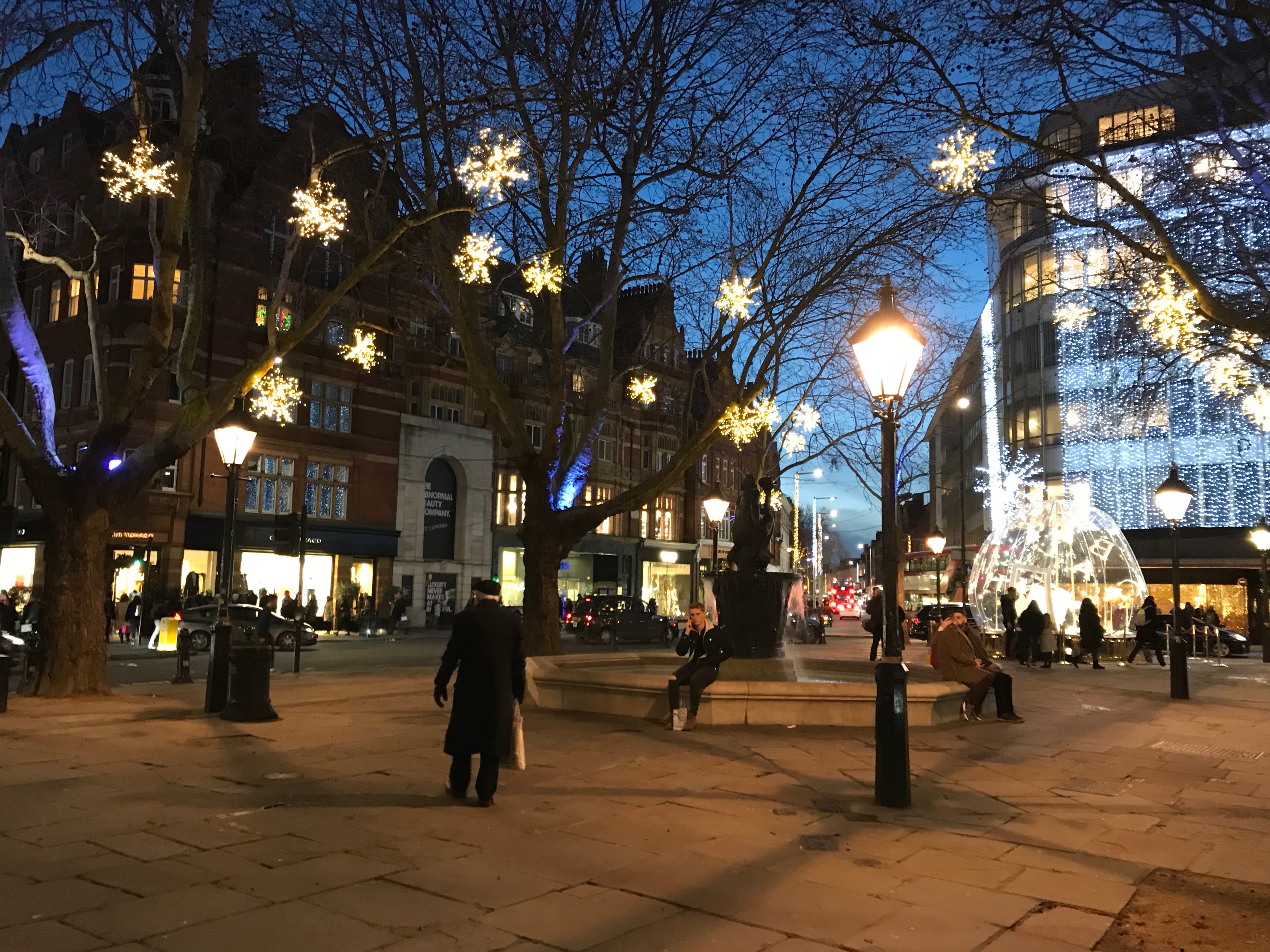 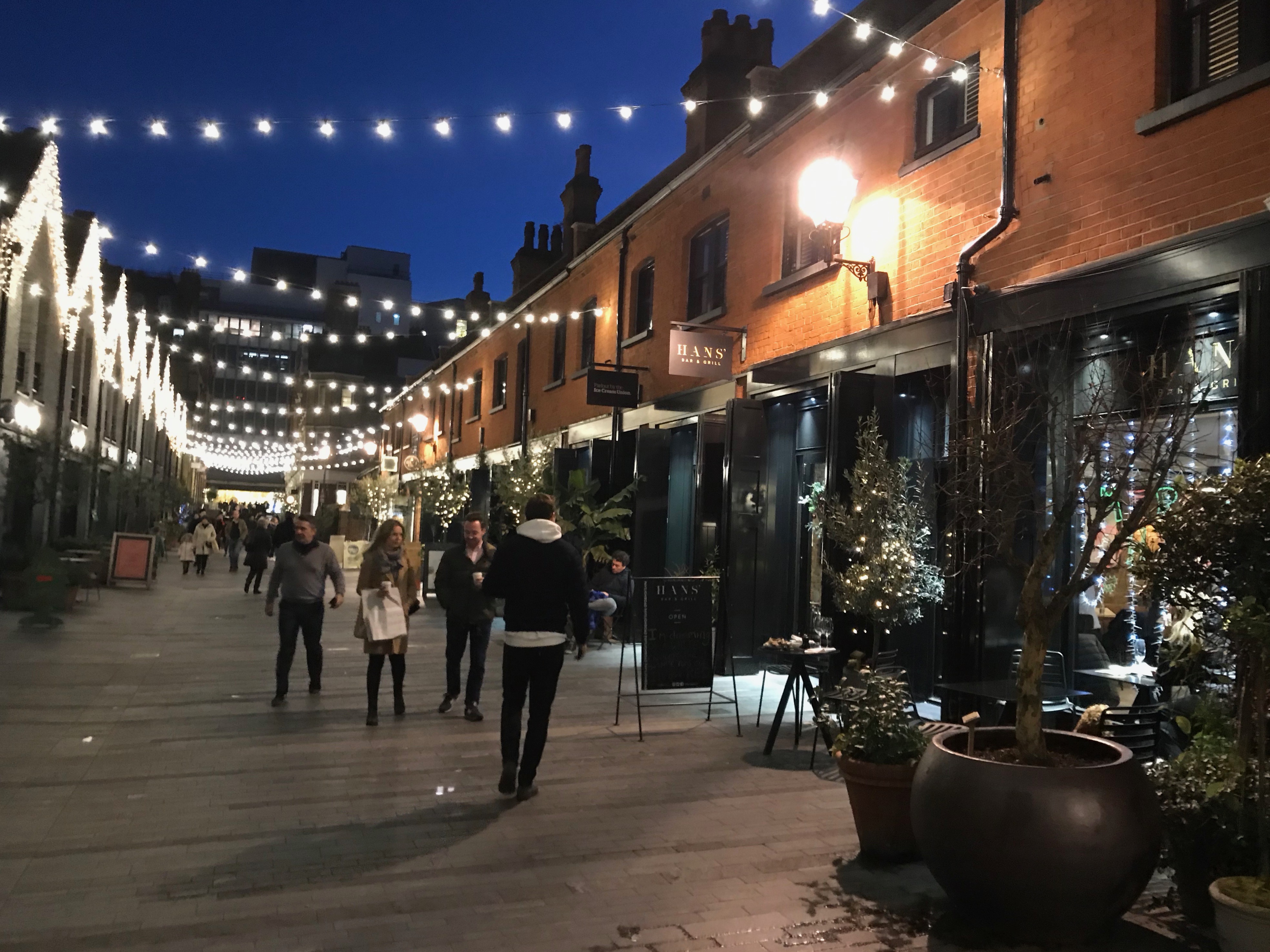 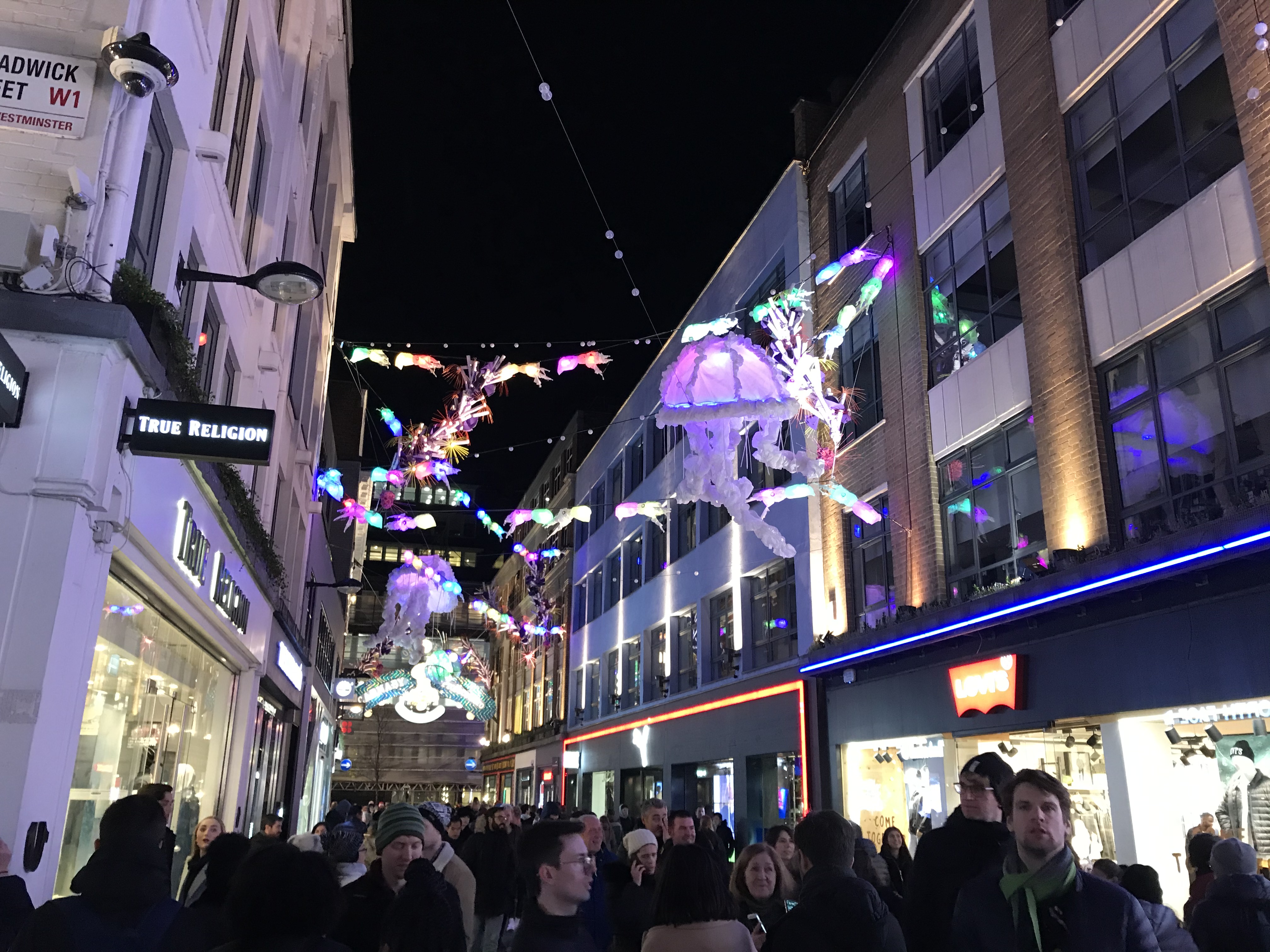 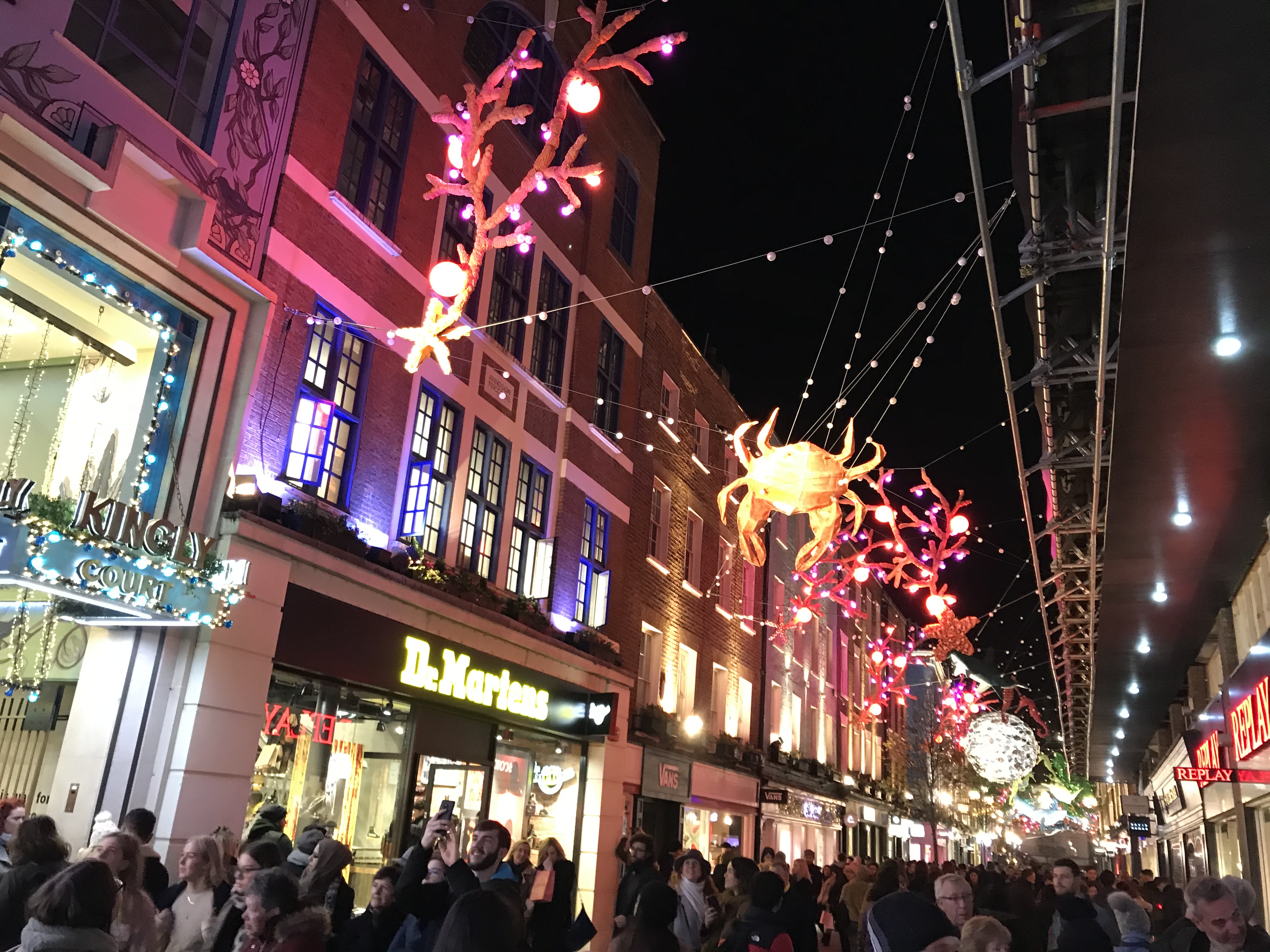 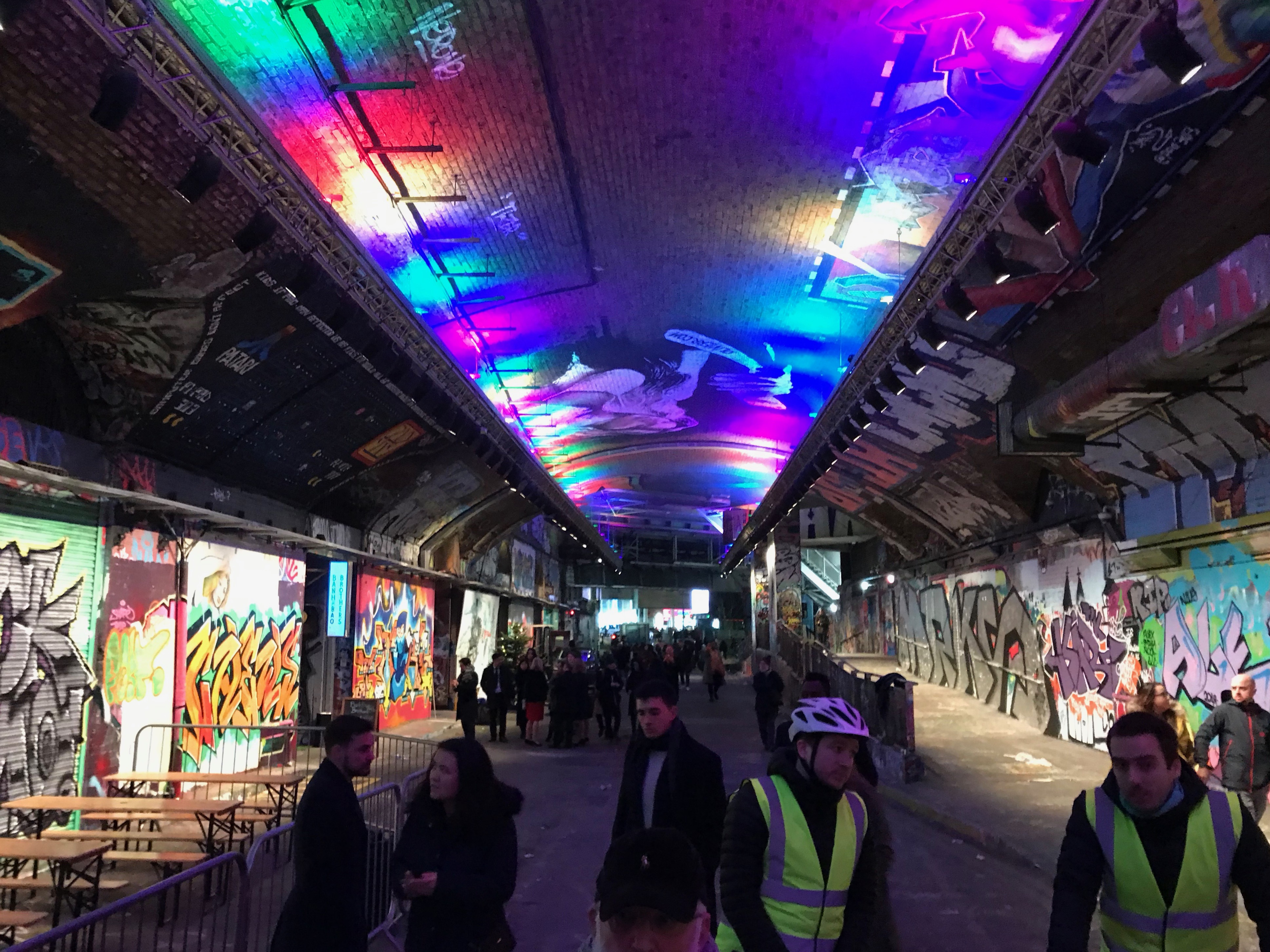 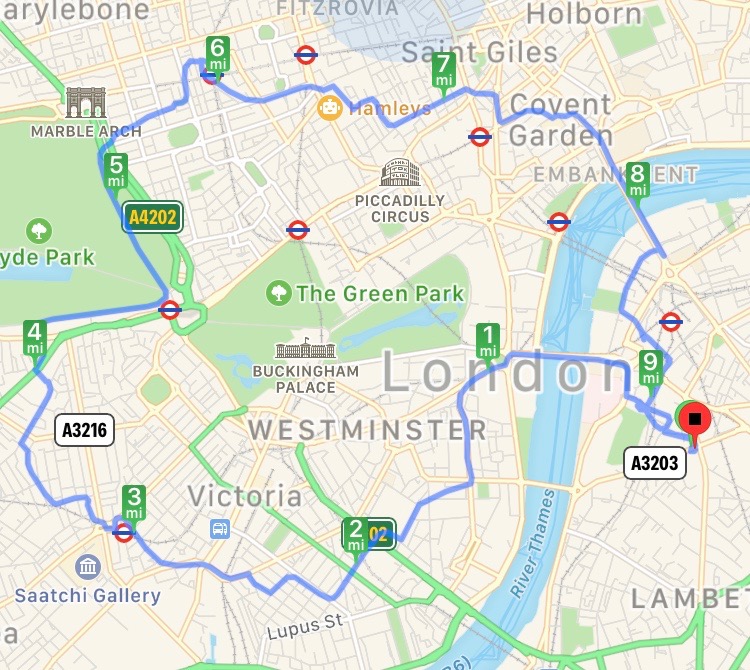 Initially inspired by the 2.6 Challenge set up by organisers of the London Marathon to help save UK charities, we’ve …