Last weekend, making the most of some good weather, with the top down, we drove along sun-dappled lanes to explore Shenley Park.

Shenley is just a few minutes’ north of Borehamwood and a pretty village in its own right, with pubs, village pond and distinctive round gaol, The Cage. Shenley Park is a large site on the western side in the grounds of historic Porters Park whose residents included architect Nicholas Hawksmoor who is buried at St Botolph’s Churchyard in Shenleybury.

In 1924 the then owner, Cecil Frank Raphael, sold the house and land to Middlesex Council Council for the development of a psychiatric hospital. It was designed on a villa system in a “Parkland Environment” and agricultural and horticultural duties became part of the therapy which became more progressive by the mid Twentieth Century. Shenley Park pioneered many of these techniques. During the Second World War part of it was used as a military hospital. After being gradually wound down the hospital finally closed in 1998 after 60 years. The site was sold off and redeveloped for housing like sister hospital, Napsbury Park near St Albans. Harperbury (Kingsley Green) is still partially in use, although mainly derelict.

The Shenley Park Trust was established in 1992 with a long lease from the council for a 45-acre country park independently run and self-financing. A few of the hospital buildings remain. The imposing Water Tower is now converted into flats, and the Old Chapel and Orchard Villa (one of the wards) are now part of the park. Many other historic buildings also belong to the park and help generate funds.

Shenley Park features apple orchards and the timing of our visit couldn’t have been better. There was blossom everywhere. We firstly headed to the play area which is alongside the Cafe in the Orchard, so while our 10-year old amused herself while we relaxed with drinks and shared a slice of cheesecake before she joined us for her smoothie. The cabin-style cafe is licensed and, looking at the menu and plates emerging from the kitchen, offers a tasty selection of food. It also sells their own apple juice blended from more than 100 varieties planted there.

We then strolled around, taking in the new fairy trail near the orchard and meandered towards the Walled Garden. This is a real highlight. It dates back to the 16th century and used to supply Porters Mansion and then the hospital with fresh produce, but was completely overgrown and neglected by the time the hospital closed. This gently terraced circular space looks out over spectacular Green Belt countryside and is used as an open-air theatre several times a year. It’s is a distinctively blissful place. You can imagine whiling away a few hours there with a book or spreading out a rug for a picnic. With all the blossom it was idyllic.

Nearby are the old greenhouses and some hutches for giant rabbits and chickens. On our visit there were some newly hatched chicks with a highly protective mother hen. Our daughter was thrilled. Shenley Park was a big hit with my family, so whether it’s for a convenient breath of fresh air after shopping at London Colney or a proper afternoon out, we’ll be returning very soon – and most definitely for their annual Apple Day or another of their special events. 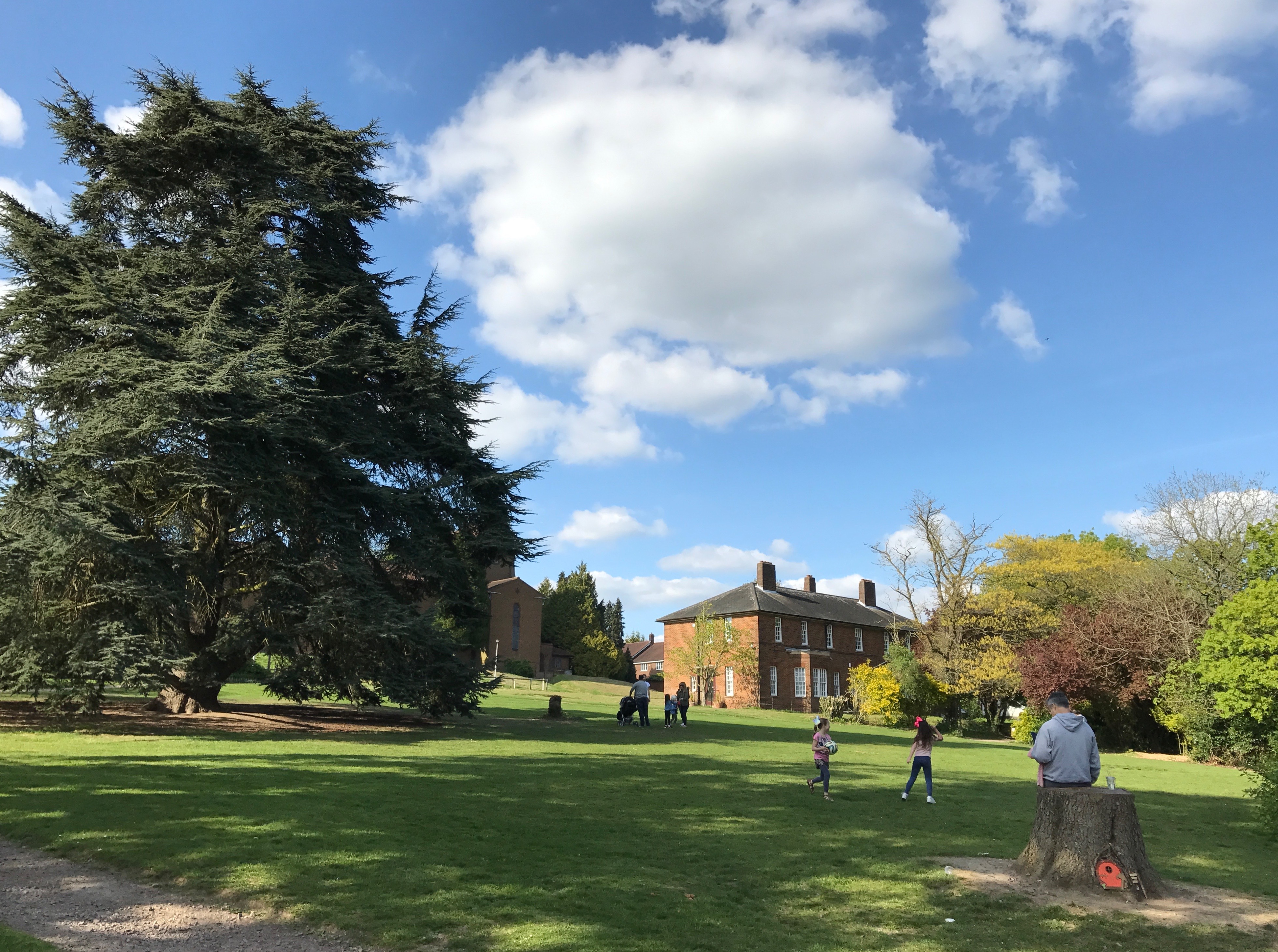 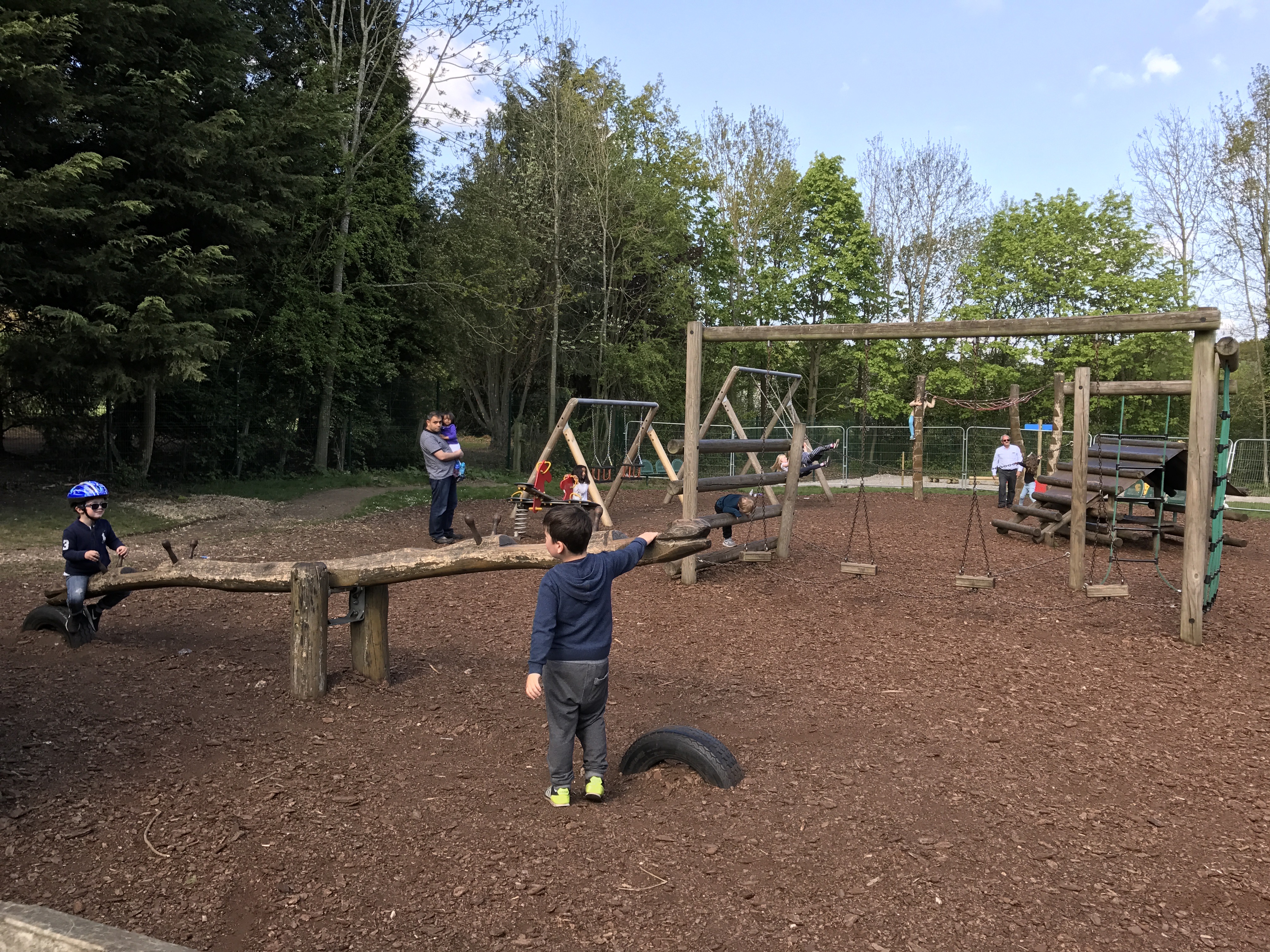 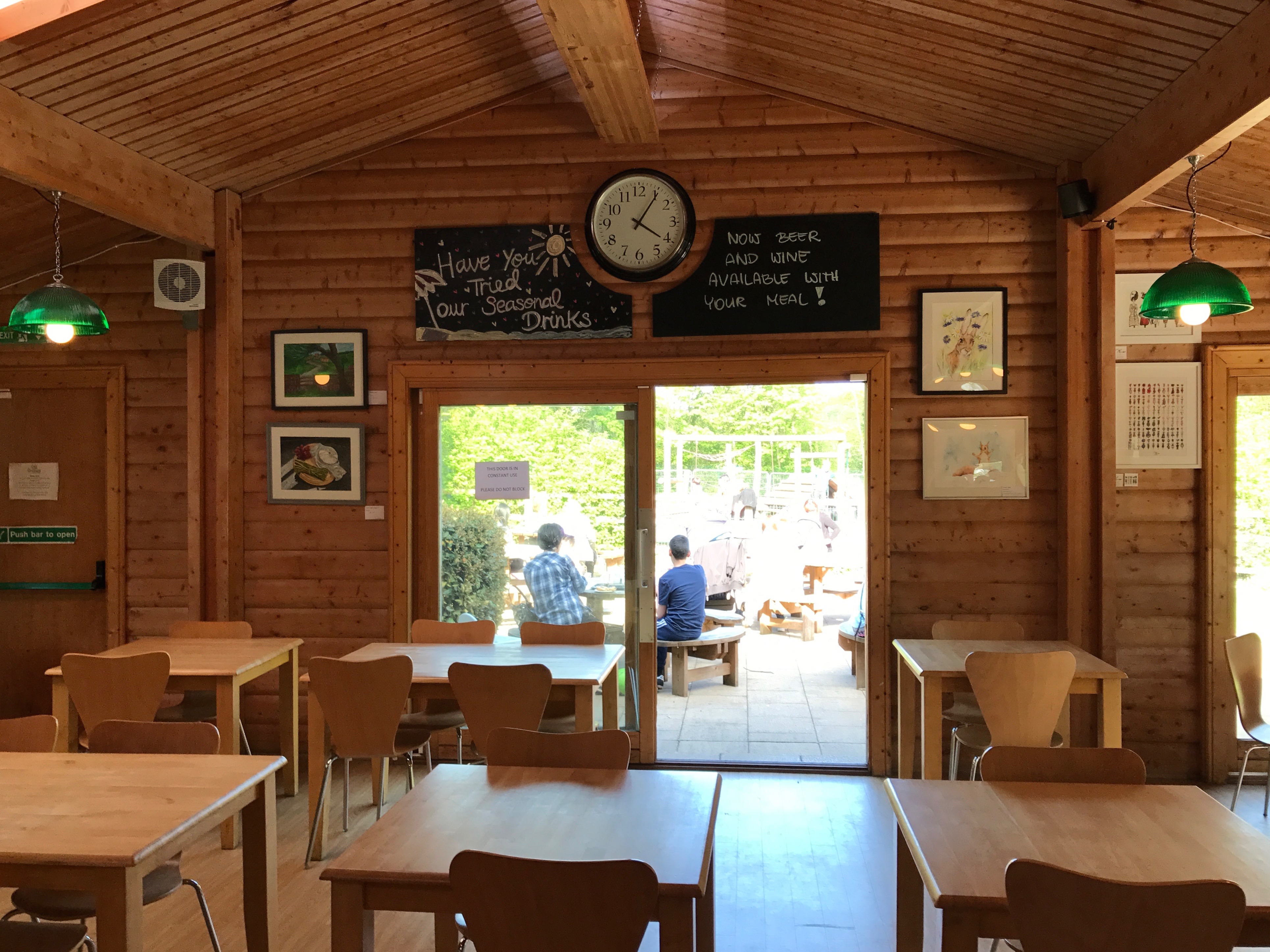 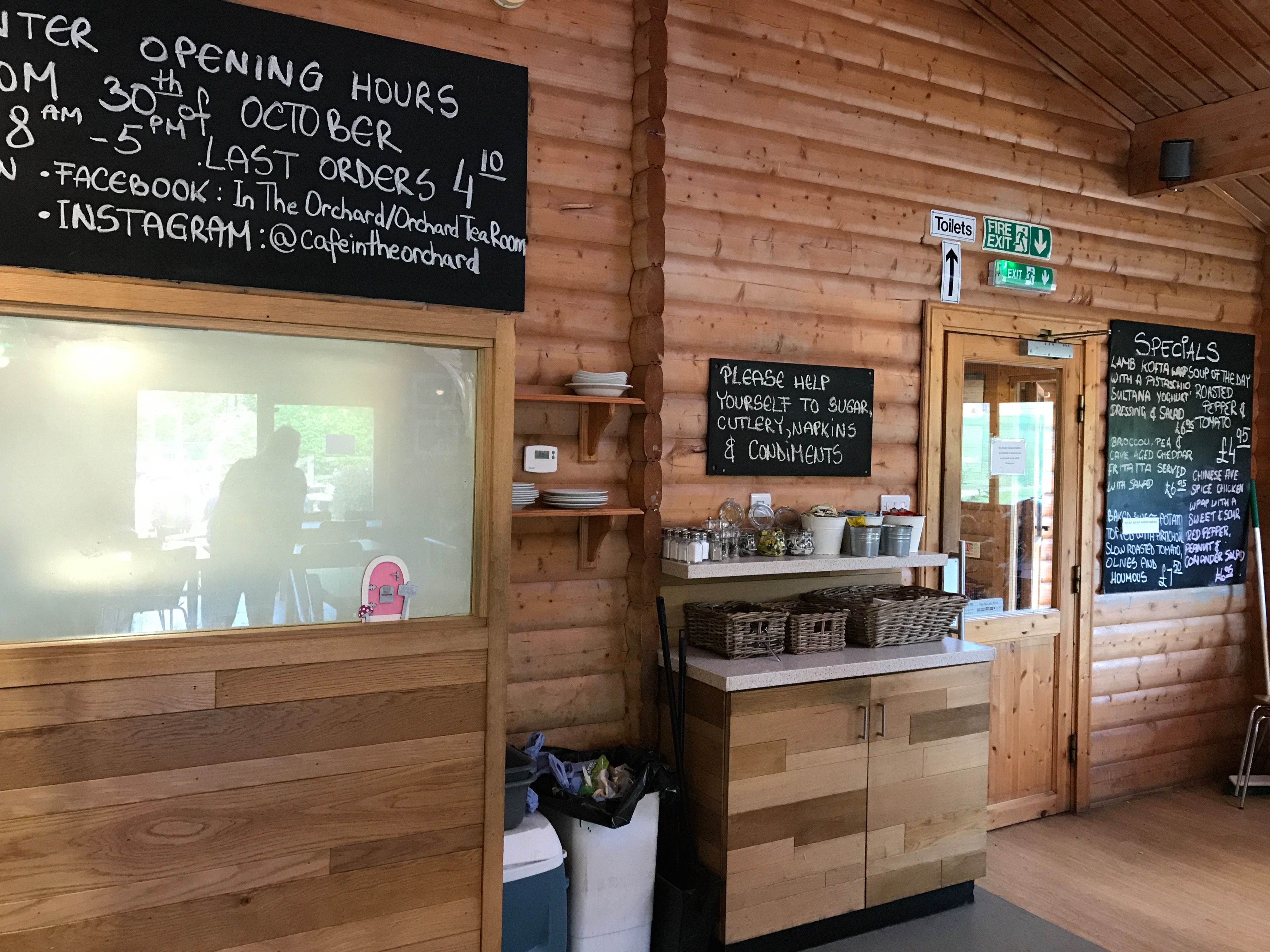 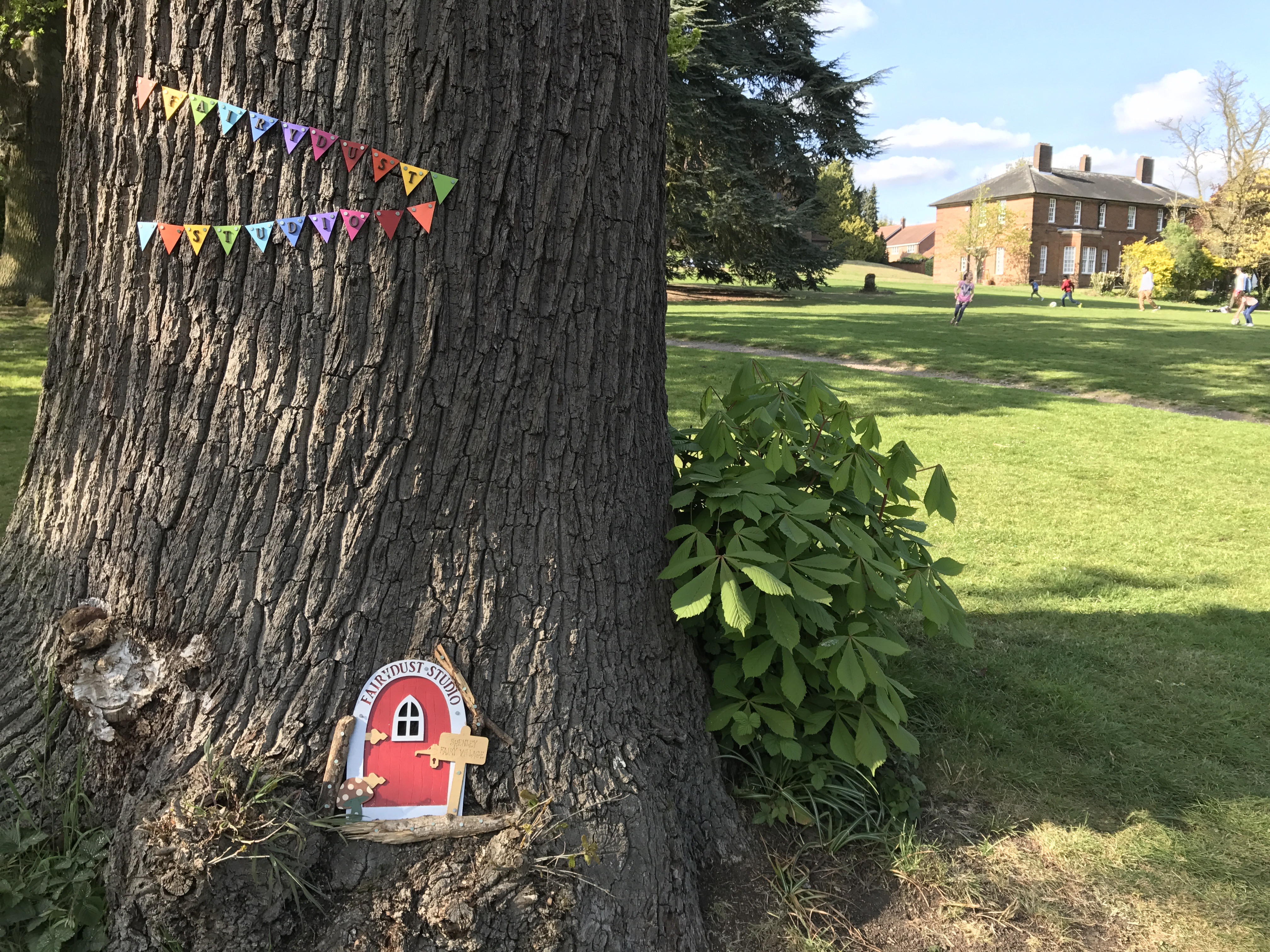 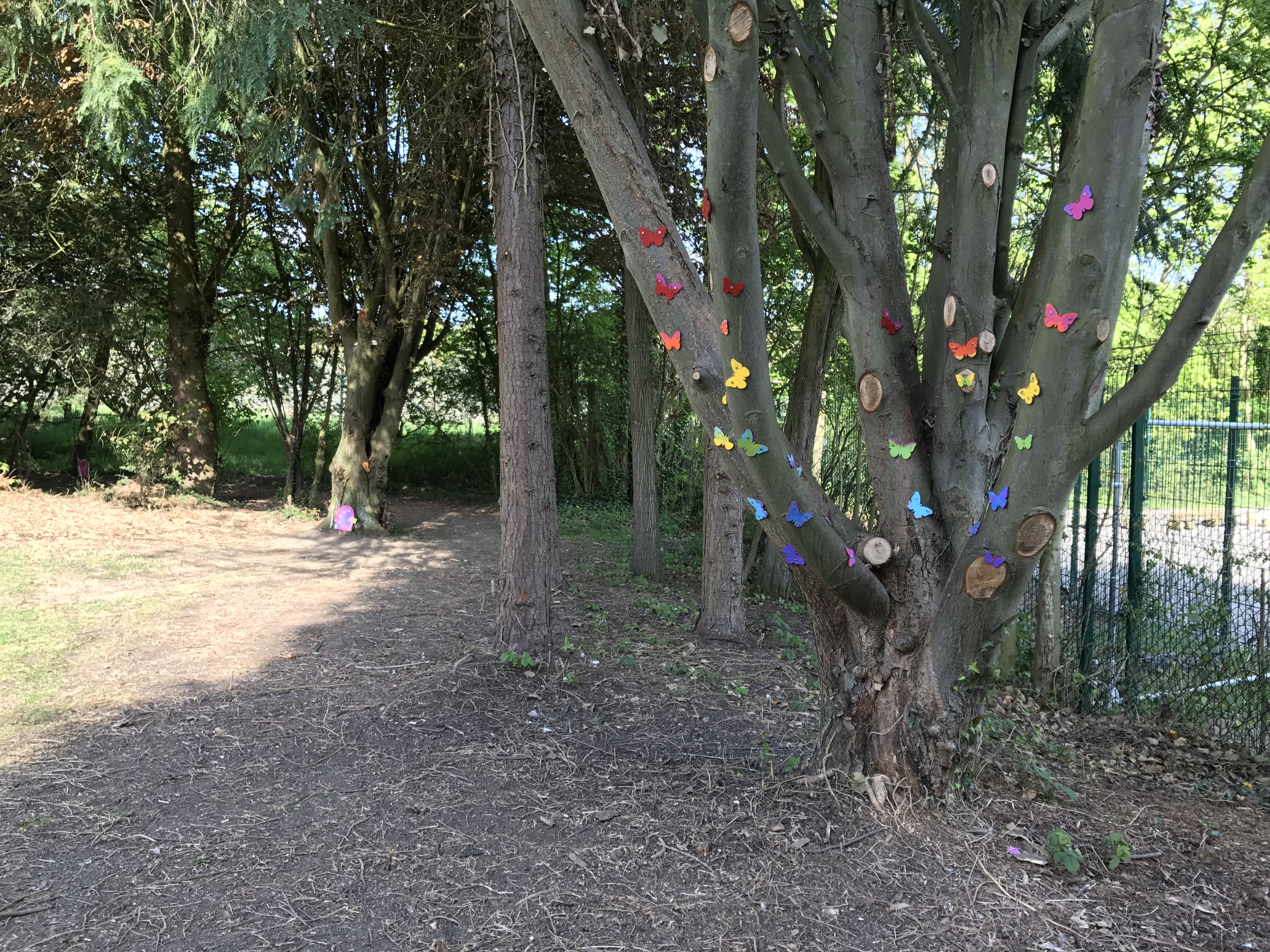 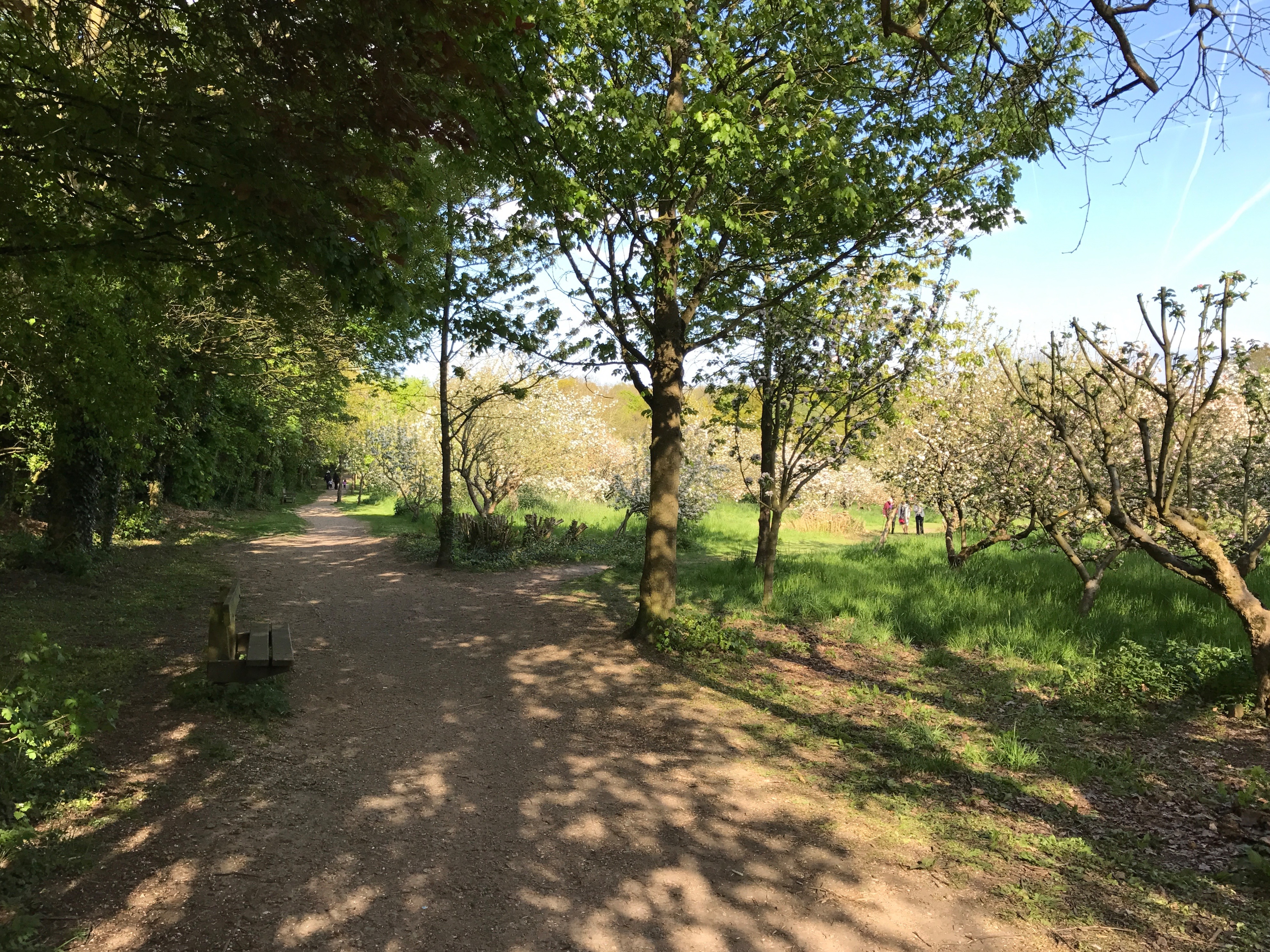 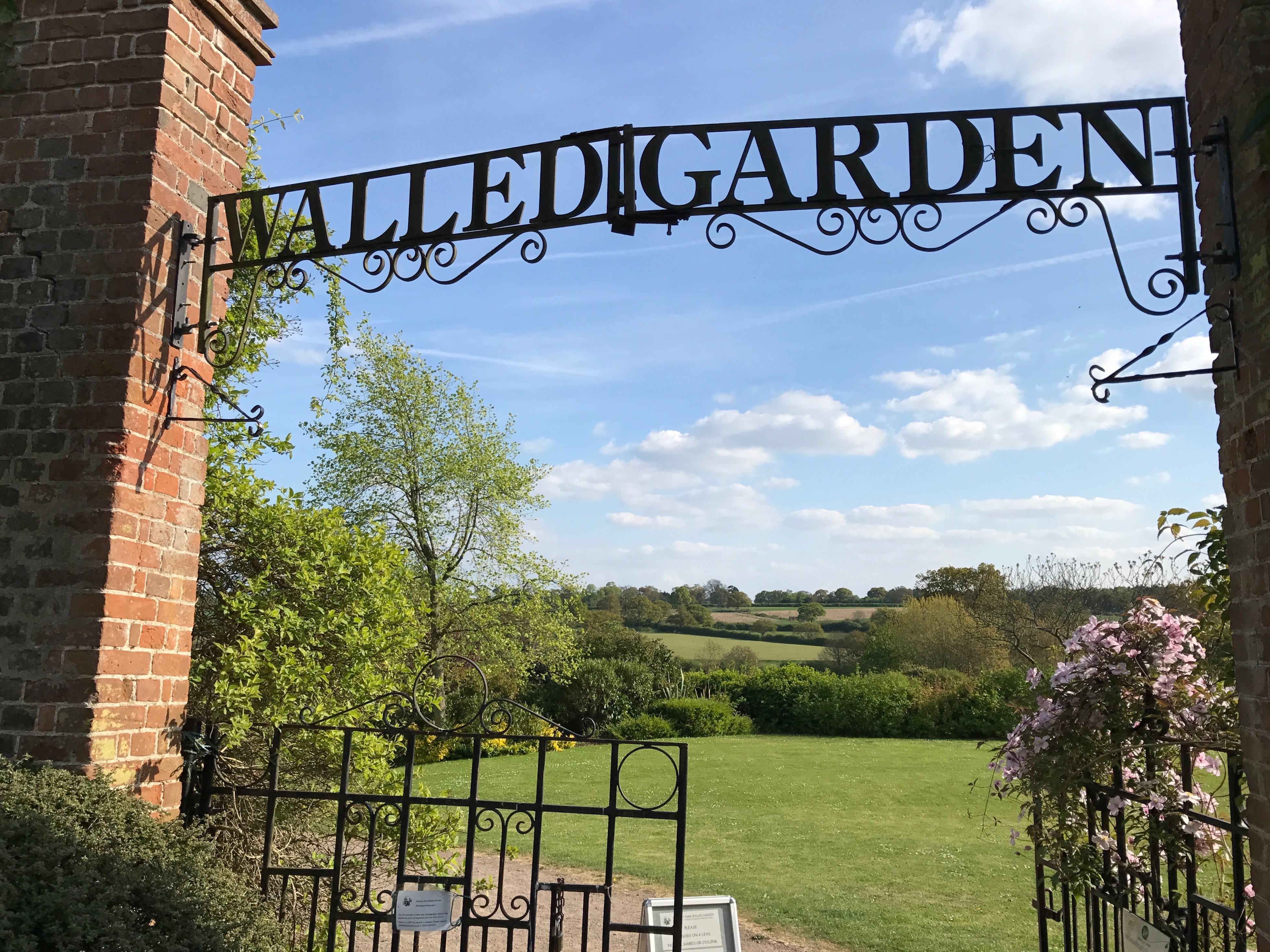 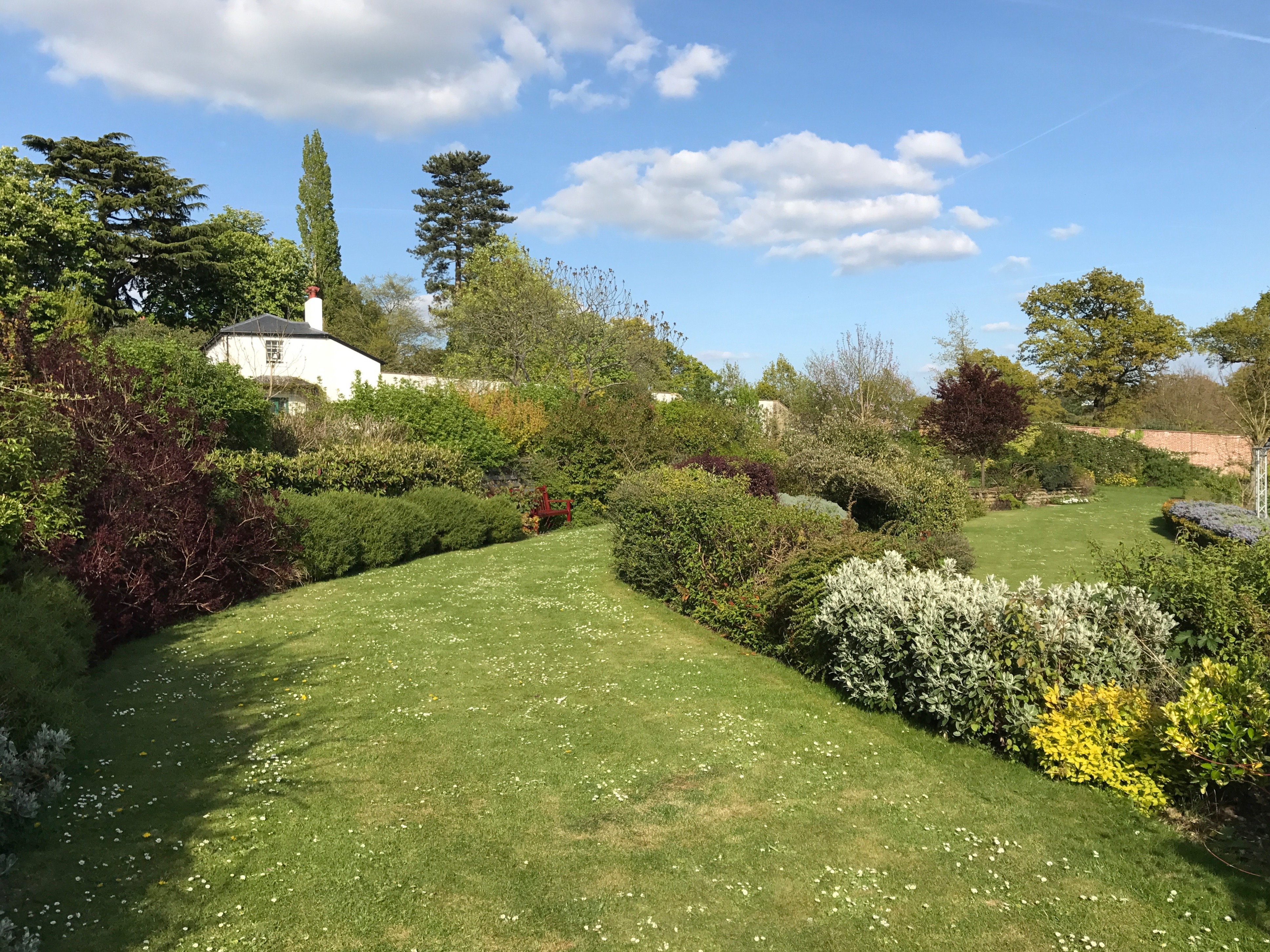 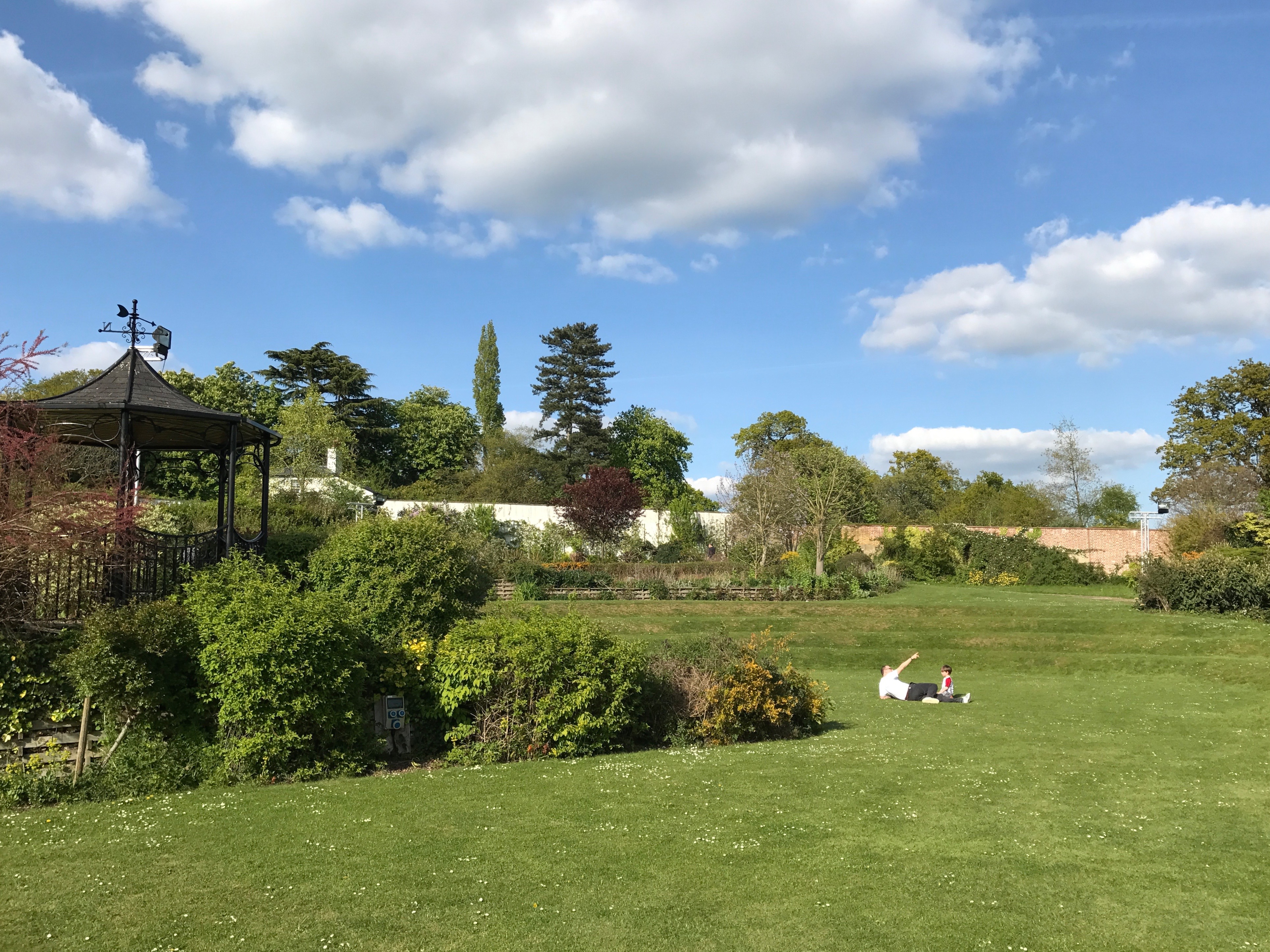 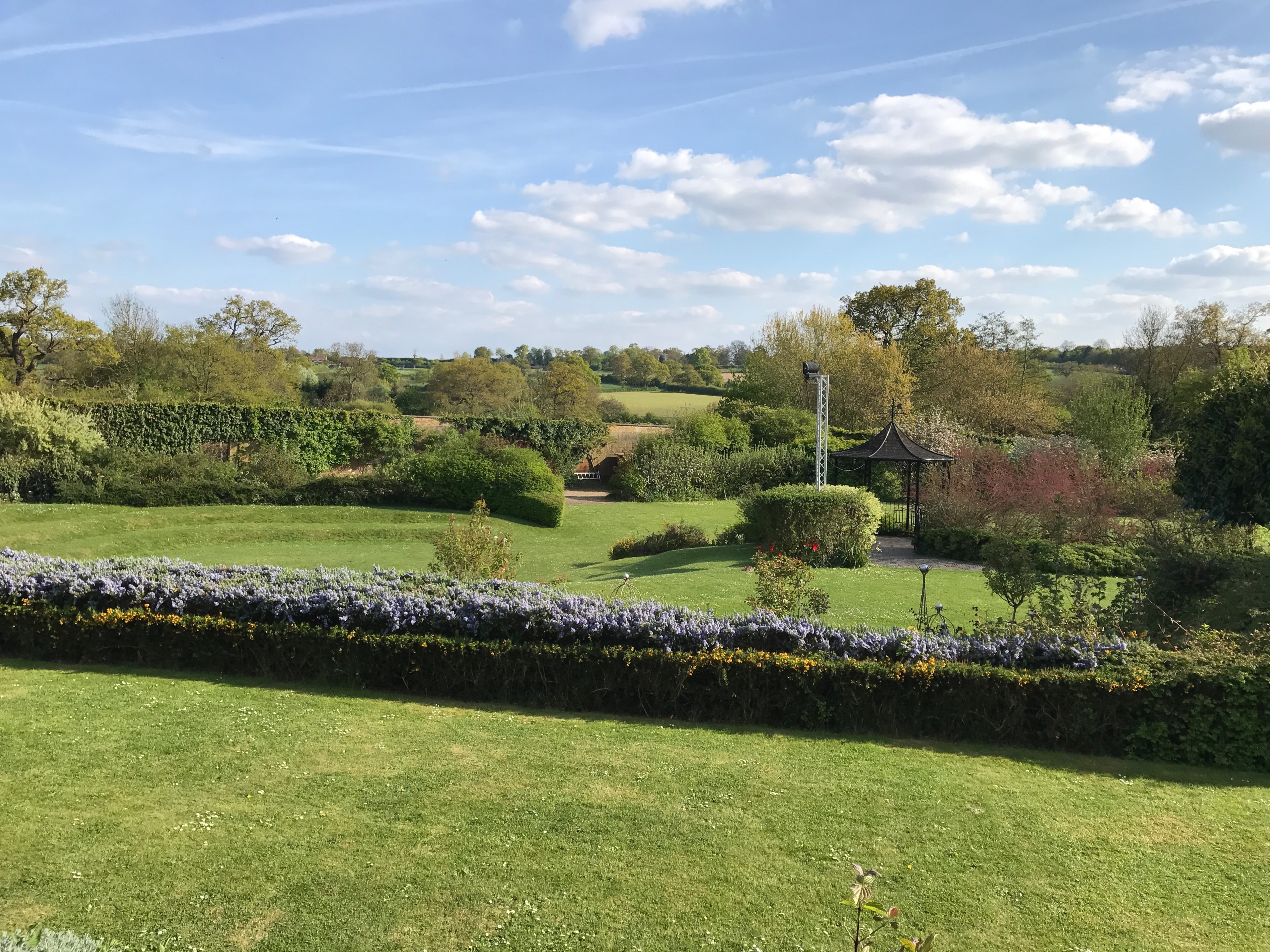 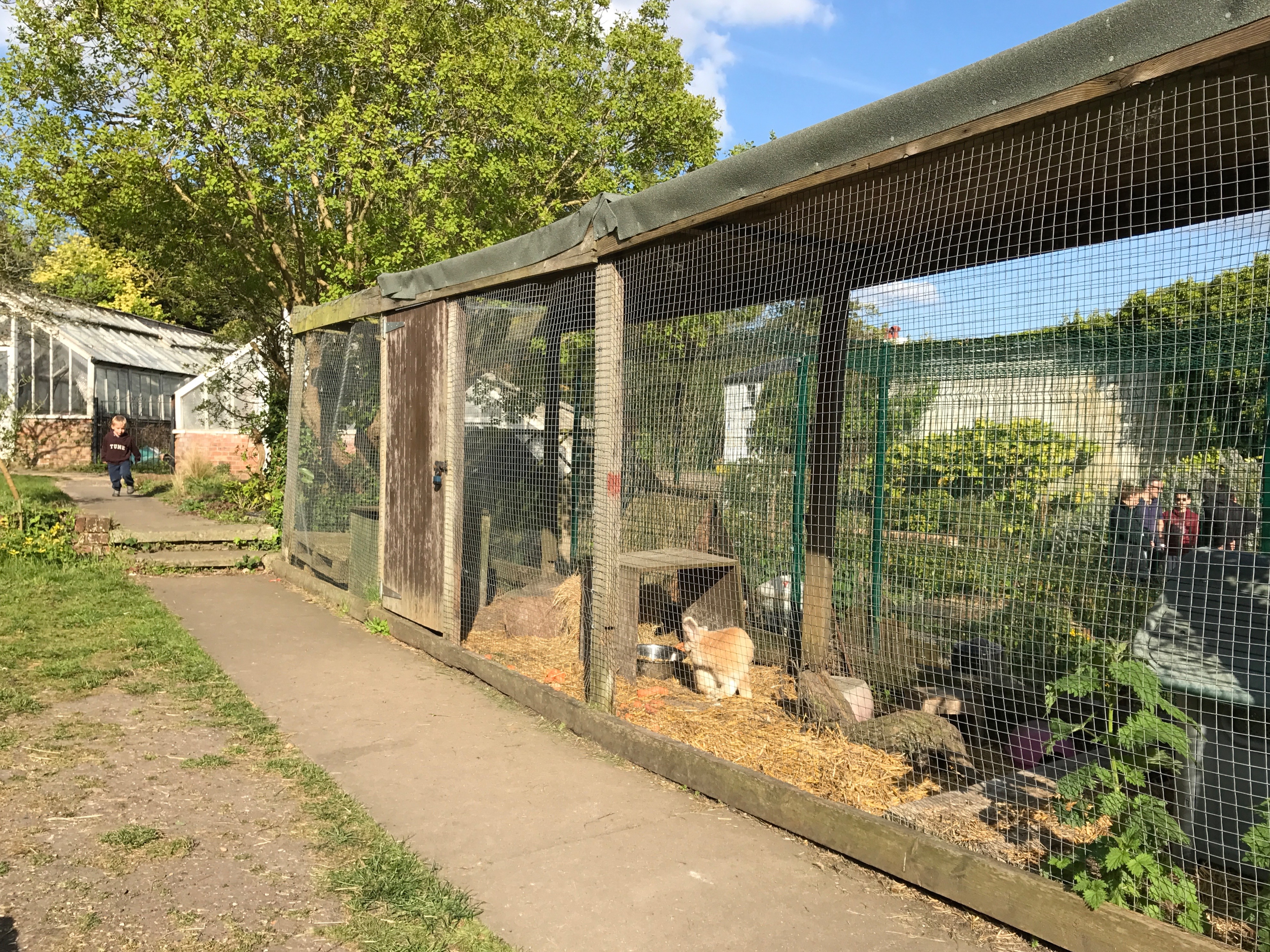 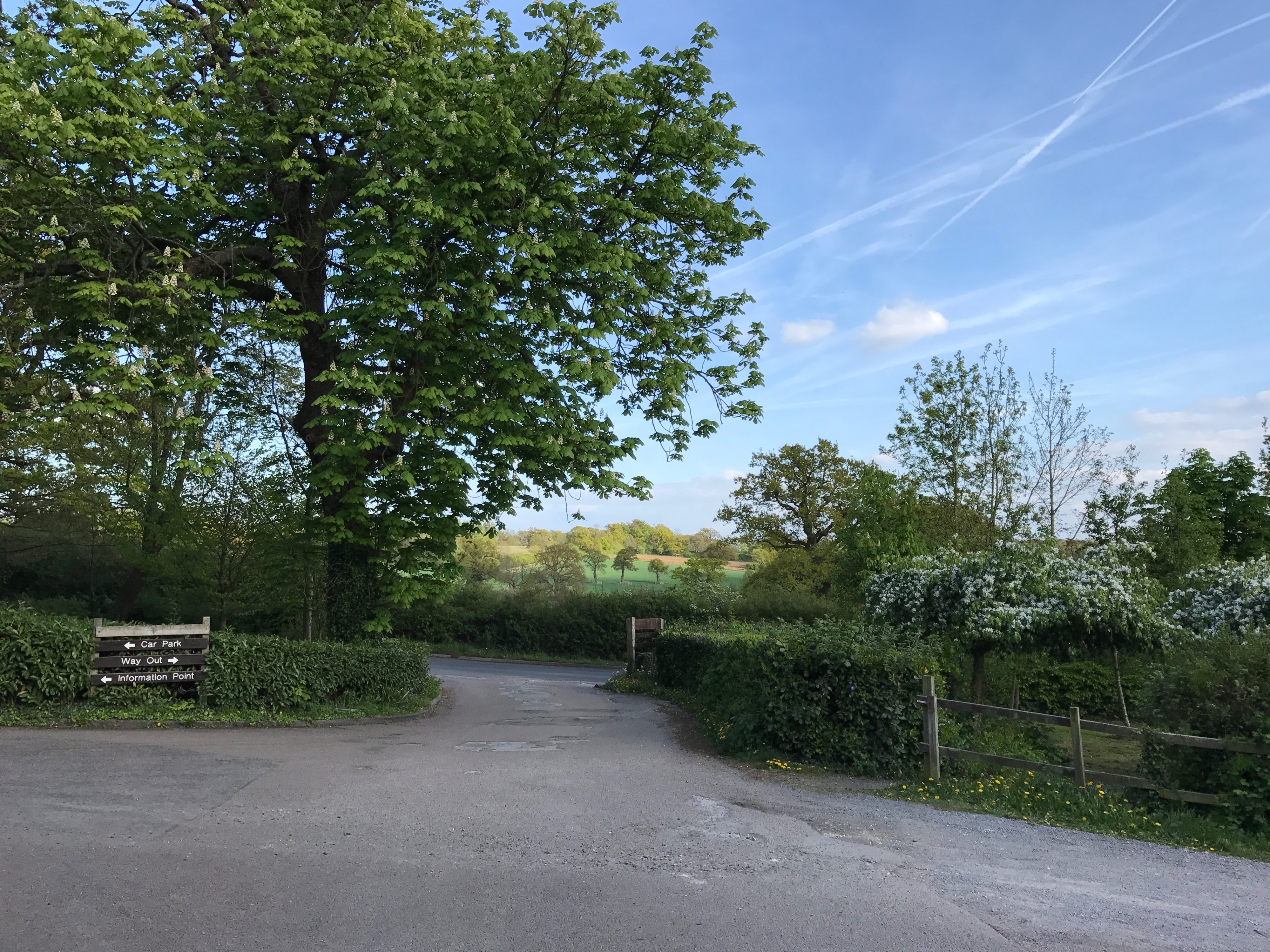 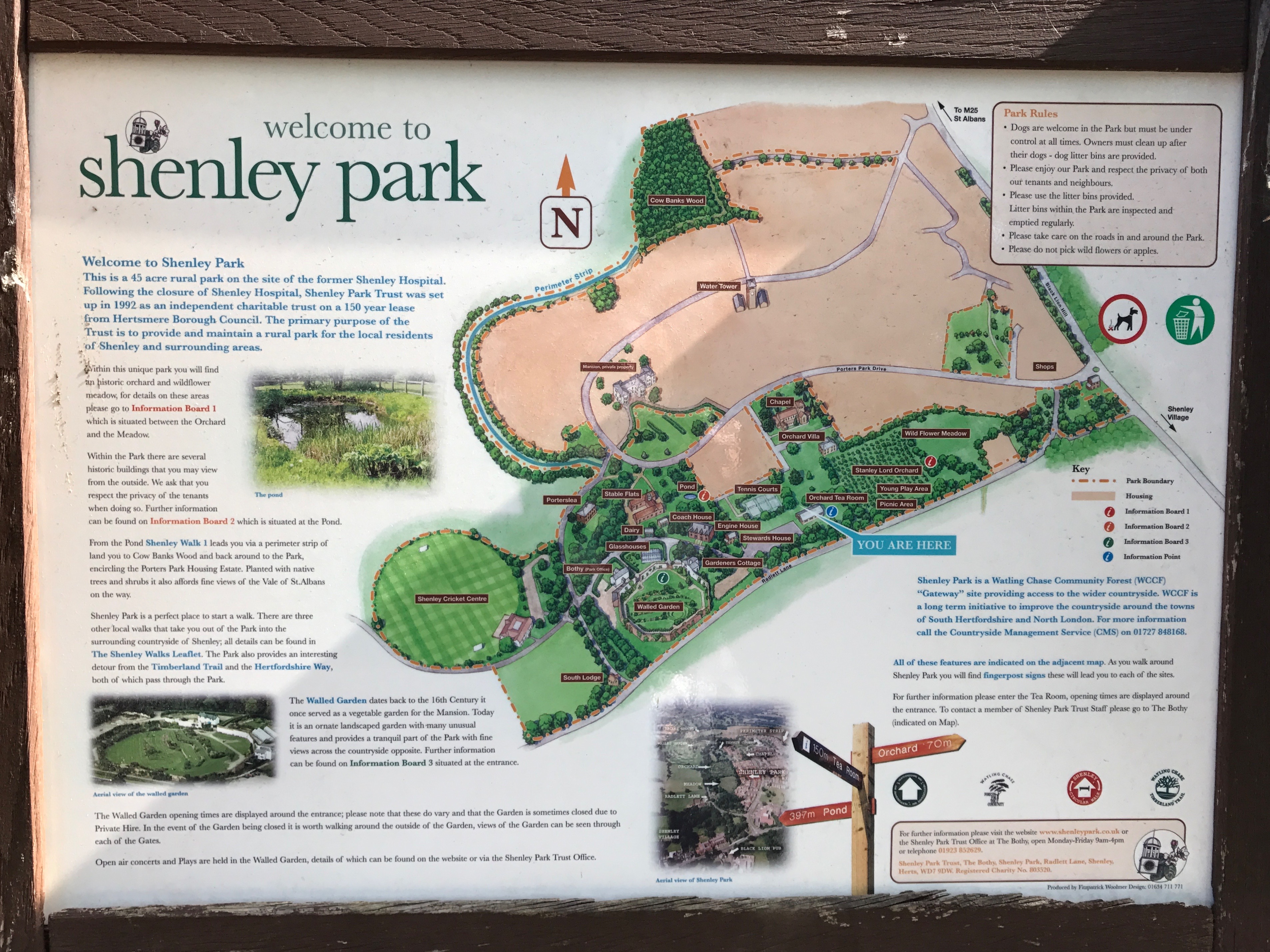 After a really successful crowd-funding campaign including a large financial injection from the Mayor of London, Barnet’s first Teenage Market …