This surreal long, hot summer, it’s all been about keeping cool. We need to get out and about, but it’s such a struggle in the heat. However, we think we’ve found a compromise. Trying out our new bike racks, we drove up the A10 to Hoddesdon to cycle along the River Lee to Ware and back.

We parked the car at Dobbs Weir across the road from the Fish and Eels pub and headed north along the tow path. Crossing the bridge over the weir itself feels a bit wobbly on two wheels and, further along, the path can be quite narrow so there’ll be moments when you’ll wonder if you’ll end up in the drink.

It’s well worth it, though. The route is mainly shaded and you have the cooling proximity of the water. This area is dominated by water. The Lee Valley features lakes, reservoirs, water beds and marshes in a wide floodplain and, there is the New River running alongside it to the west from near Ware, diverting off the River Lee. The main channel is the canal, the River Lee Navigation. Along the route there are numerous barges and boats, locks, waterside pubs, country parks and the Amwell Nature Reserve (ideal for bird watching and with a dragonfly trail from May to September). We saw huge flocks of Canada geese. Rye Meads RSPB is another large nature reserve on the route.

If you need a break or refreshments, there are lots of stopping off points. About half away along our route we paused for drinks and snacks at The Jolly Fisherman in St Margarets with friendly, helpful staff, but historic Ware is only another couple of miles (10 minutes cycle) along the river. The approach is particularly attractive with varied waterside buildings including the recently developed maltings. The town is well worth exploring with lots of good facilities and the popular open-air swimming pool. The Waterside Inn by the bridge would be an easy choice where they also serve afternoon tea.

We turned around and pedalled back to Dobbs Weir with a tiny detour to look across the Amwell Nature Reserve. This is another good place for a break, either for picnics or some food or drink at the George IV pub. The River Lee is serious Sunday roast territory, but you’d need to book in advance.

It was interesting seeing the route from the other direction, but you do need watch out for other cyclists and walkers and, on our late summer ride, a lot of overhanging branches. We concluded our ride at Dobbs Weir after cycling about five miles each way, but from here you could continue south towards Chingford Reservoirs, Hackney Marshes and ultimately the Thames. There’s plenty of choice along with various parking options along the river, just see what works best for you.

It was a real treat. There were so many different things to look at, as well as the soothing combination of water and shade. What’s more, as long as you can take a bumpy surface, it’s very easy cycling.

Note – confusingly the spelling is both Lee and Lea (although, north of Hertford, it is Lea and its source is near Luton) and a glance at a map will show you what a complicated system of watercourses it is. It’s also been central to the provision of fresh water to London. 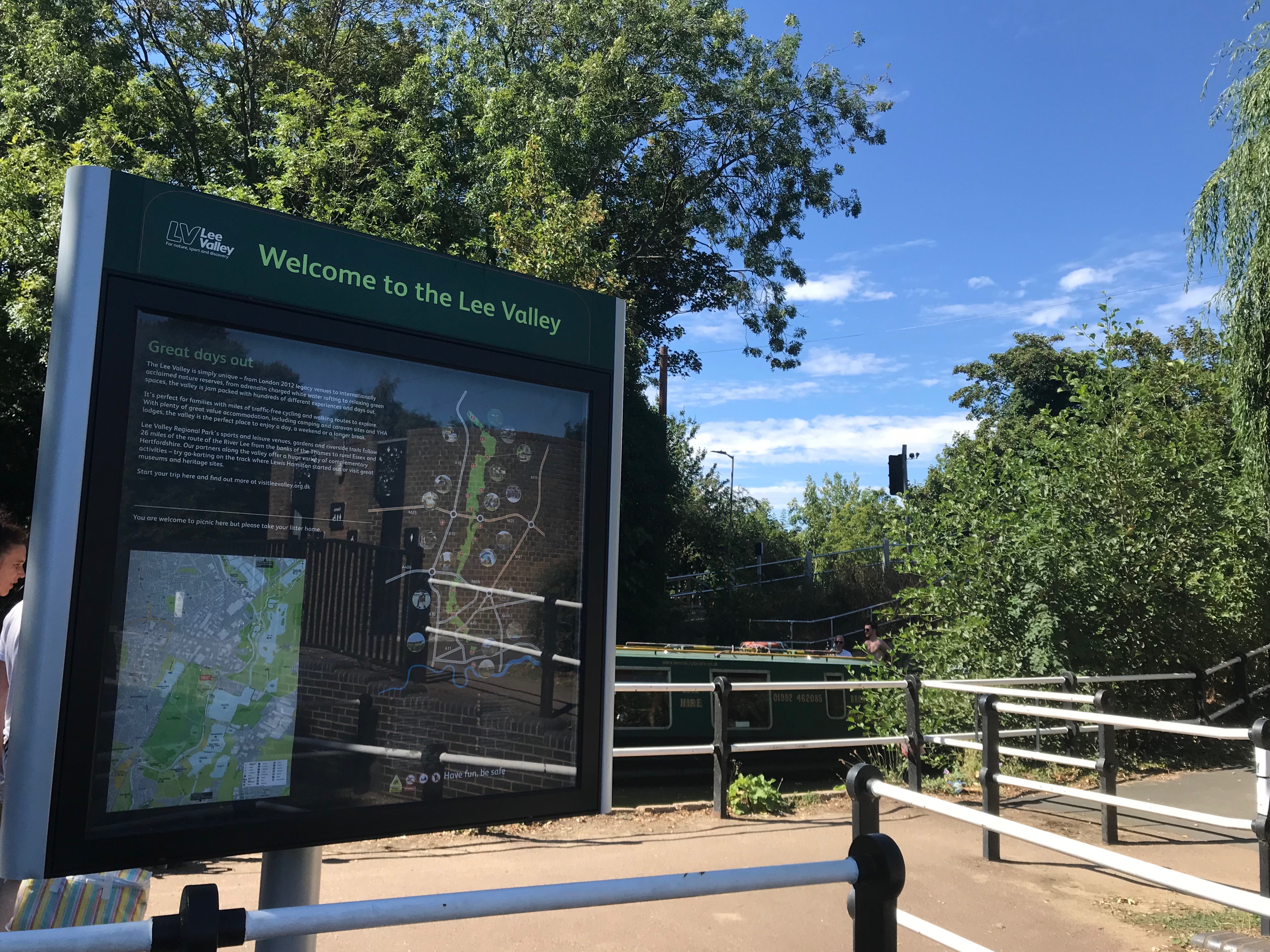 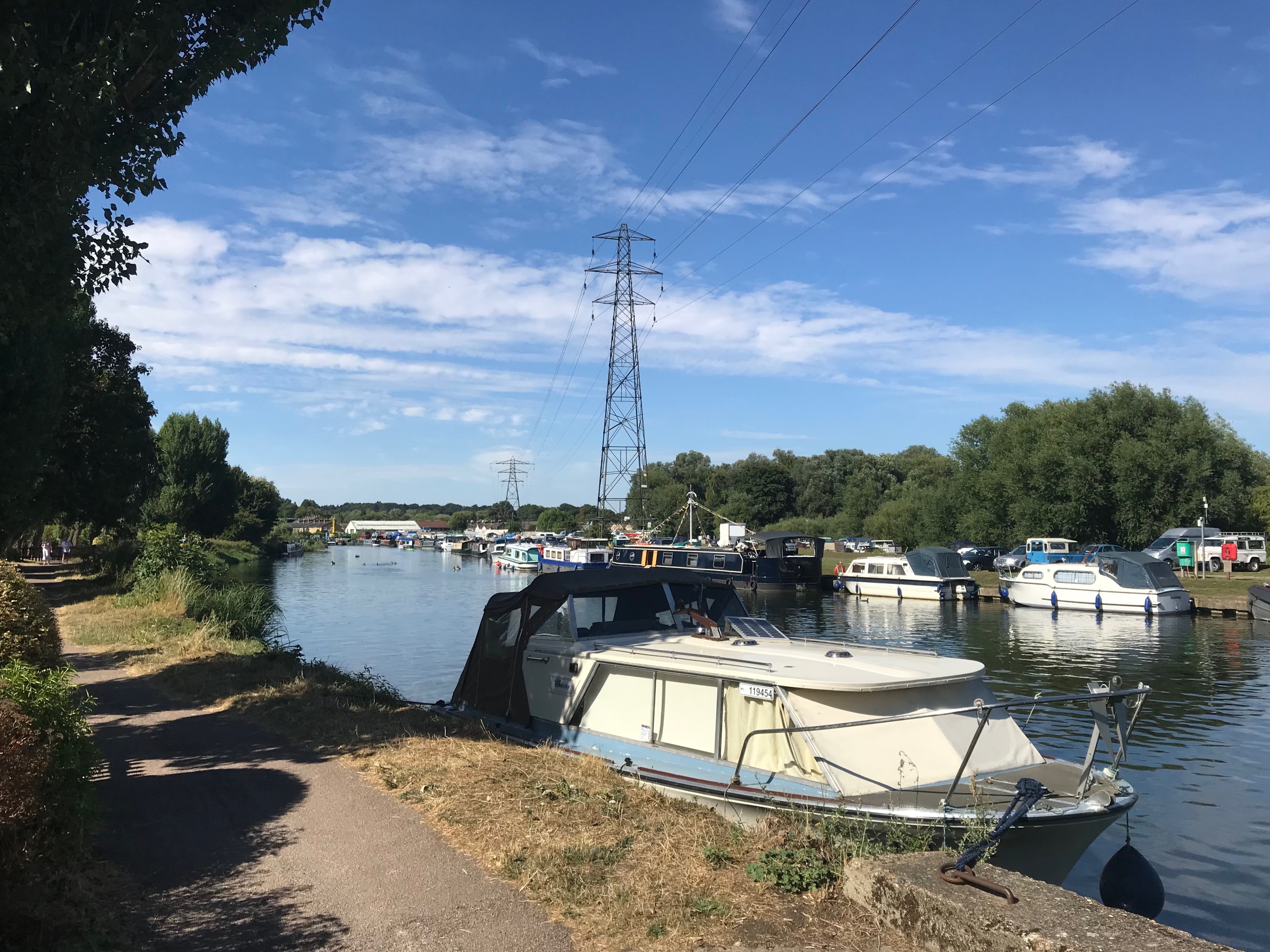 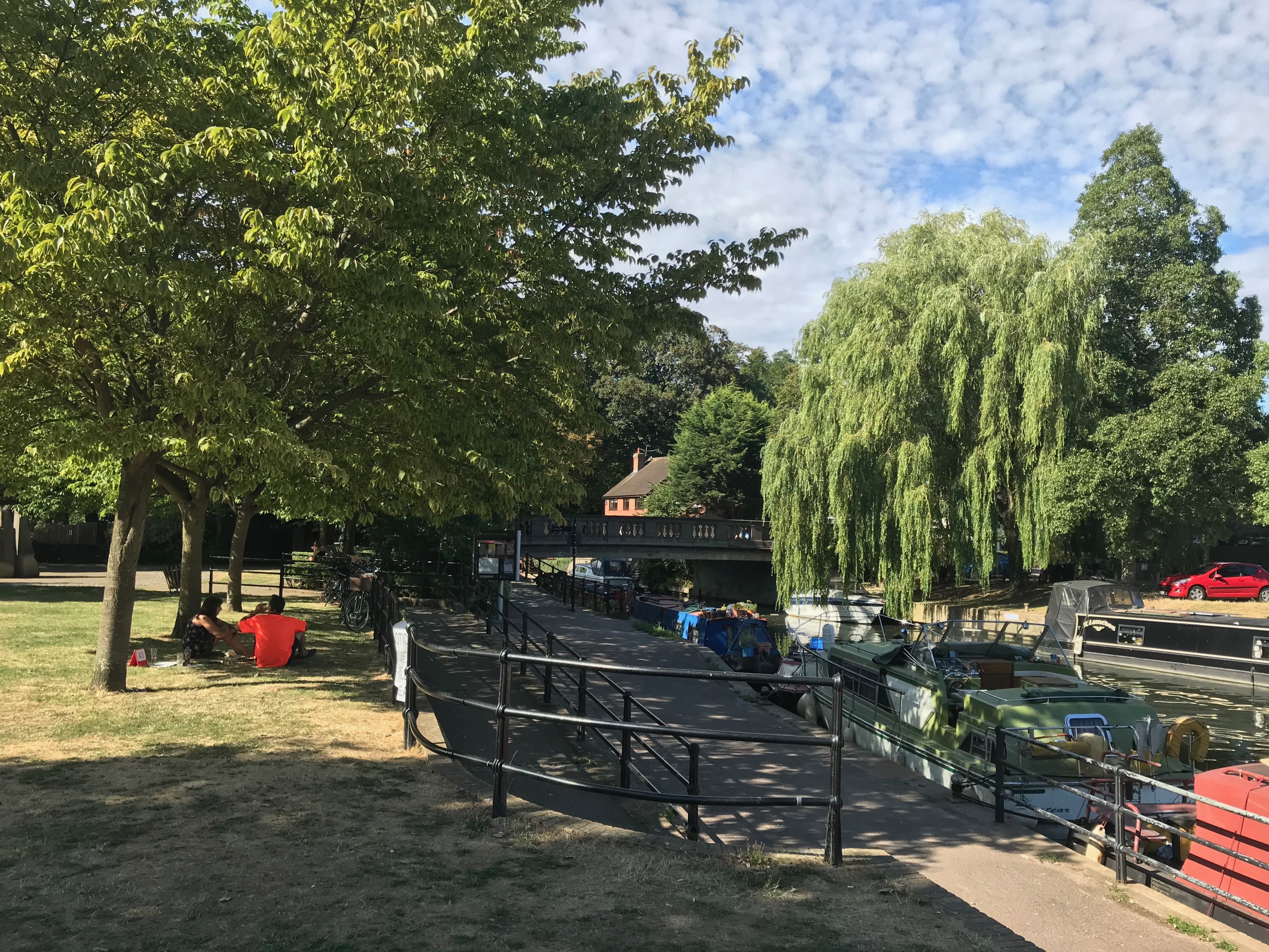 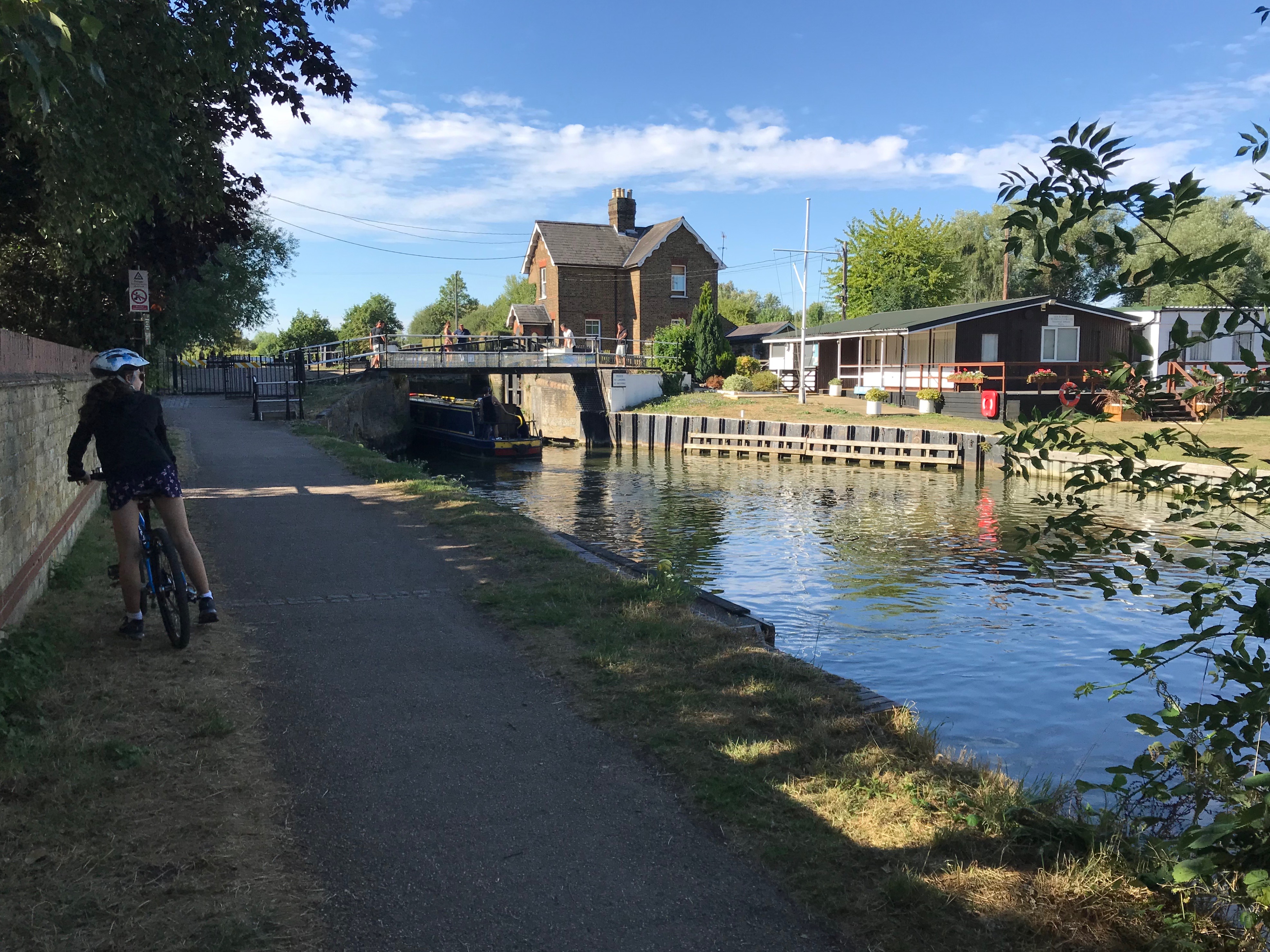 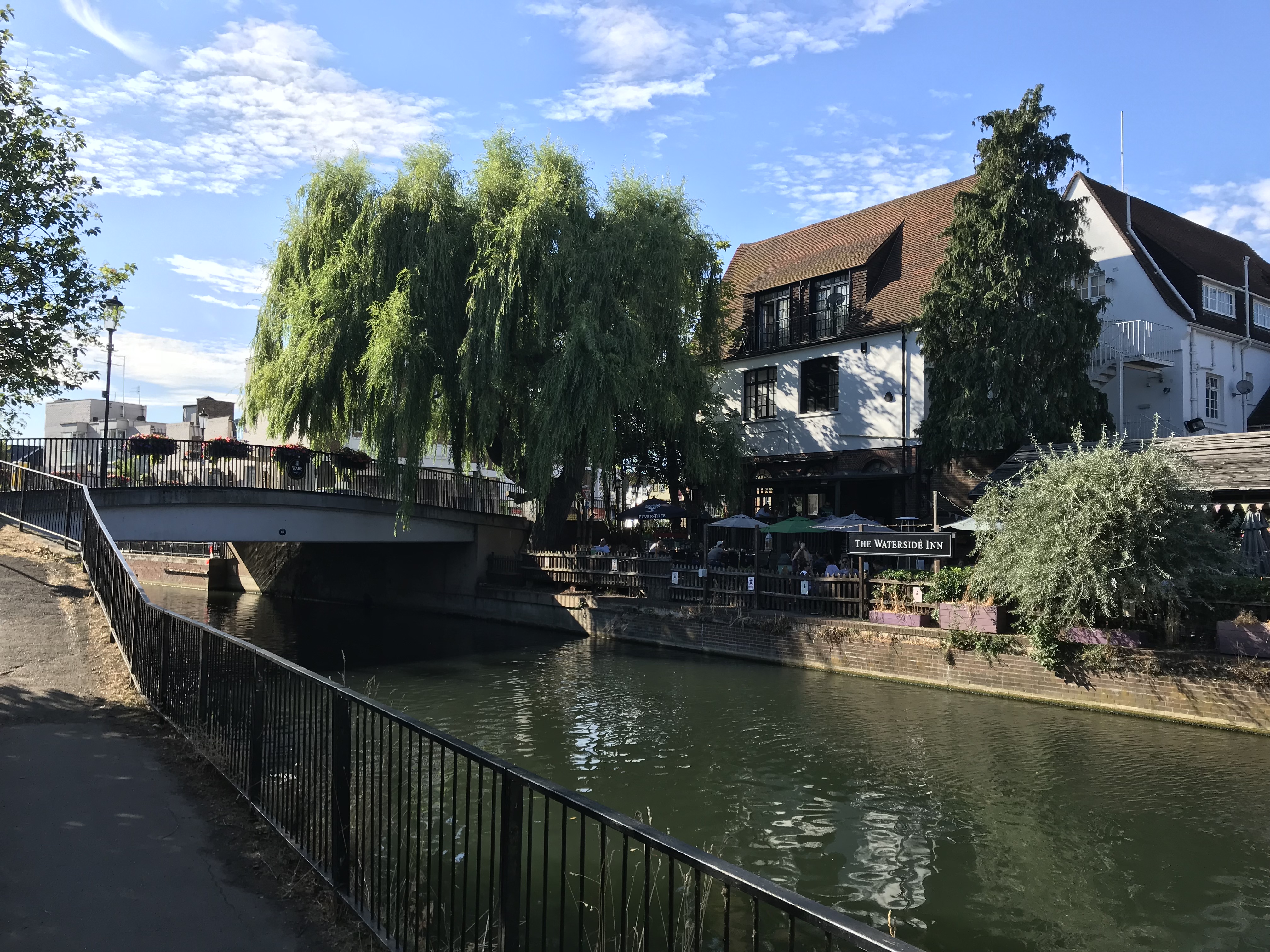 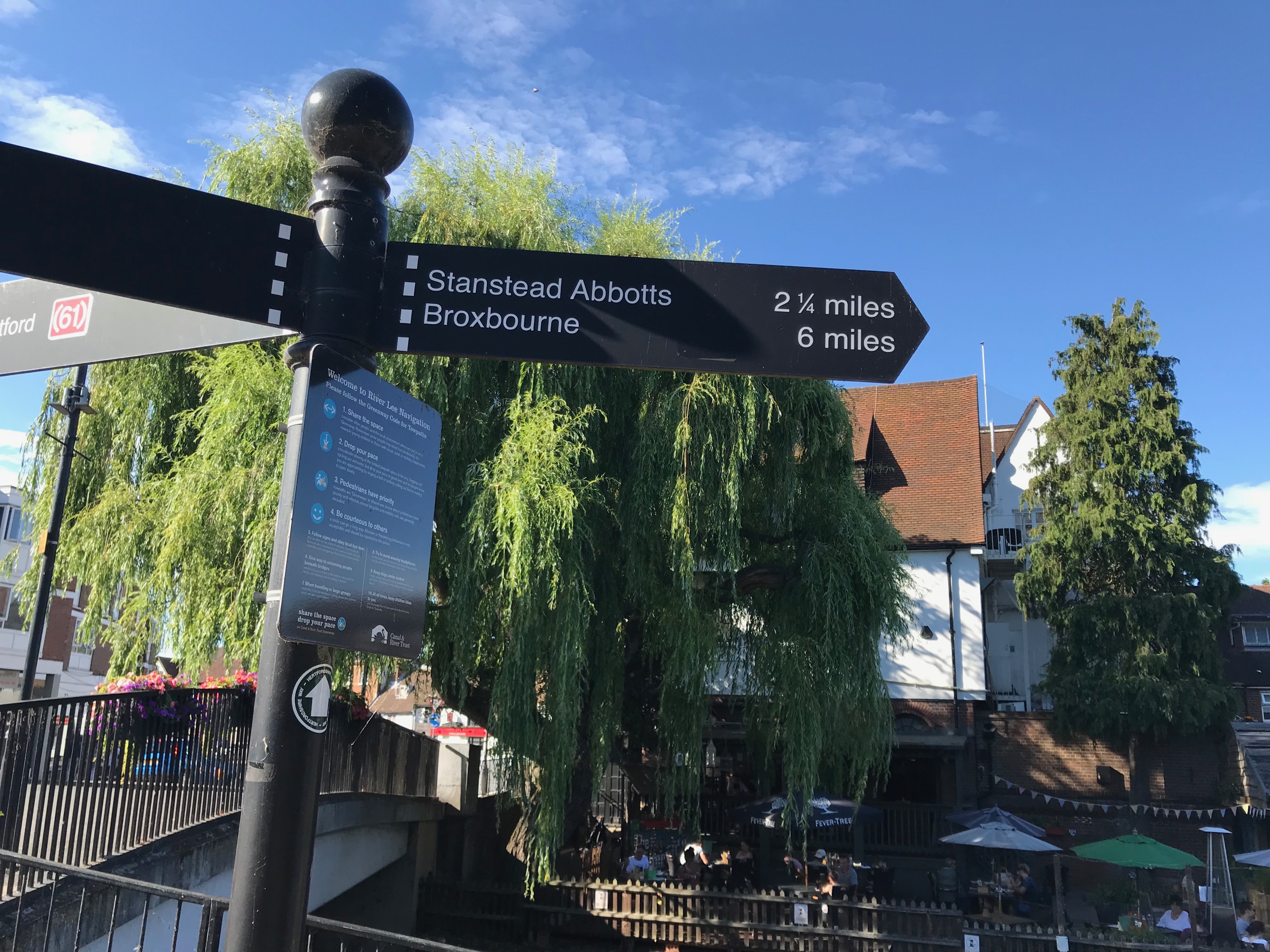 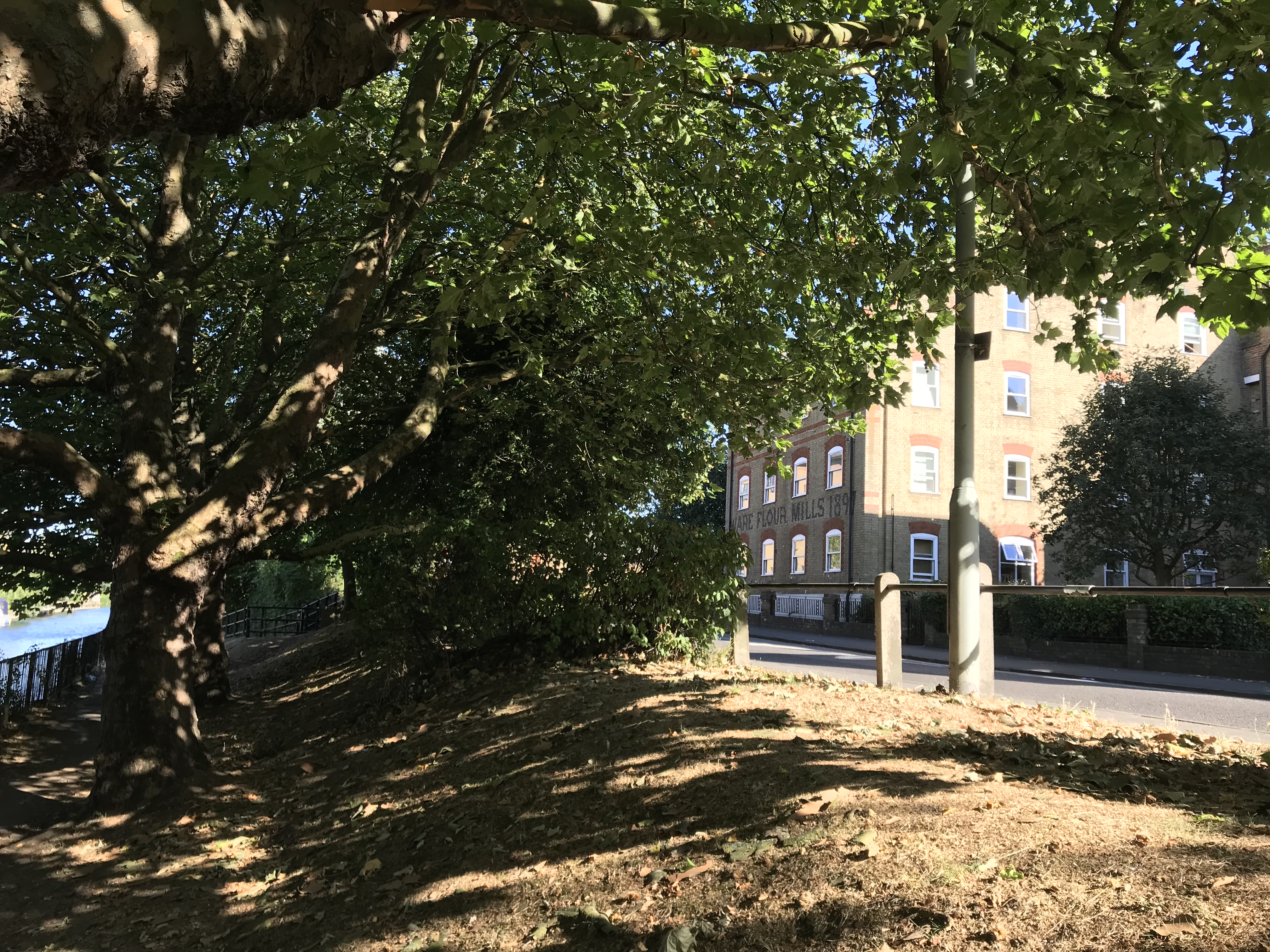 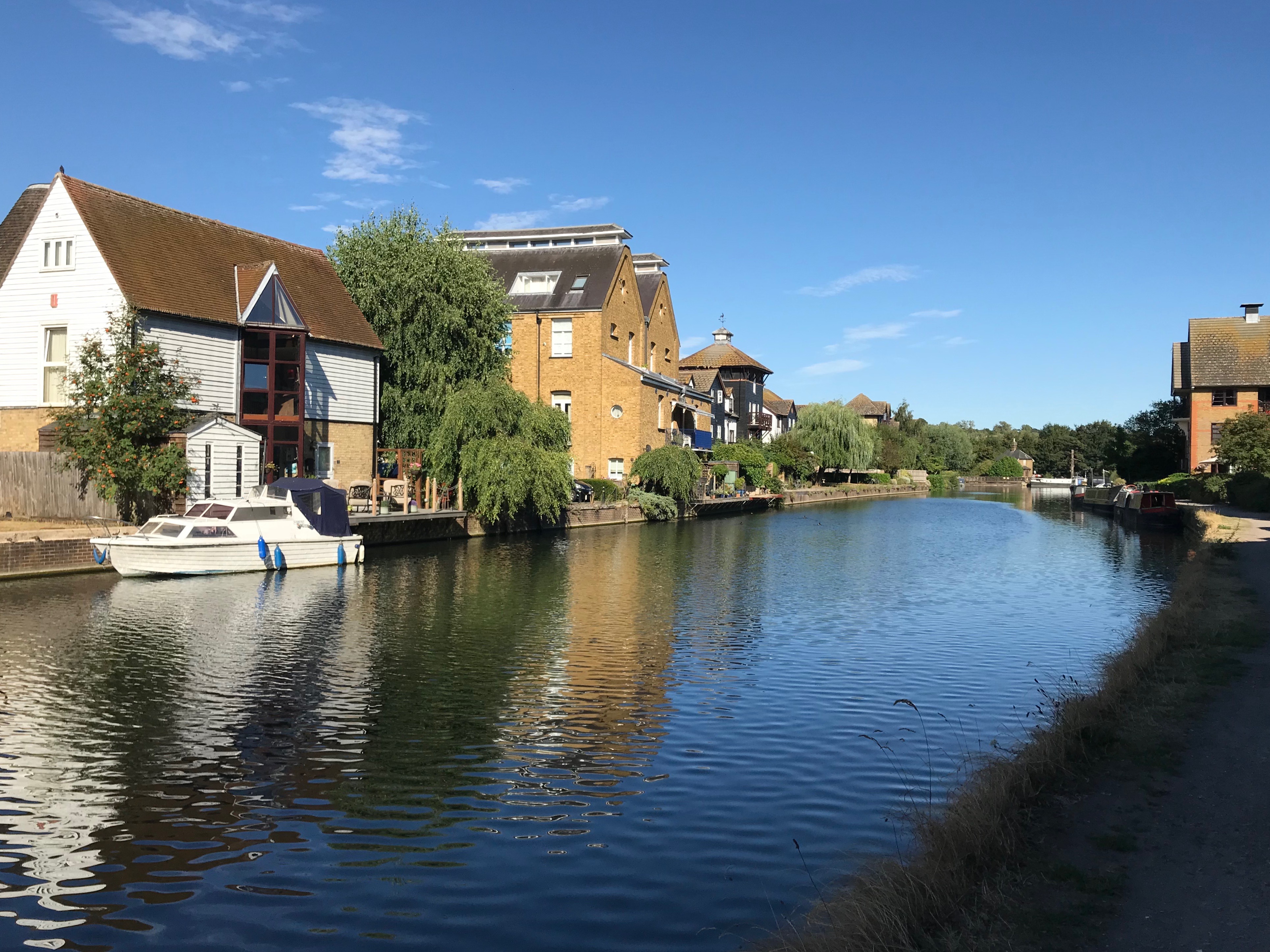 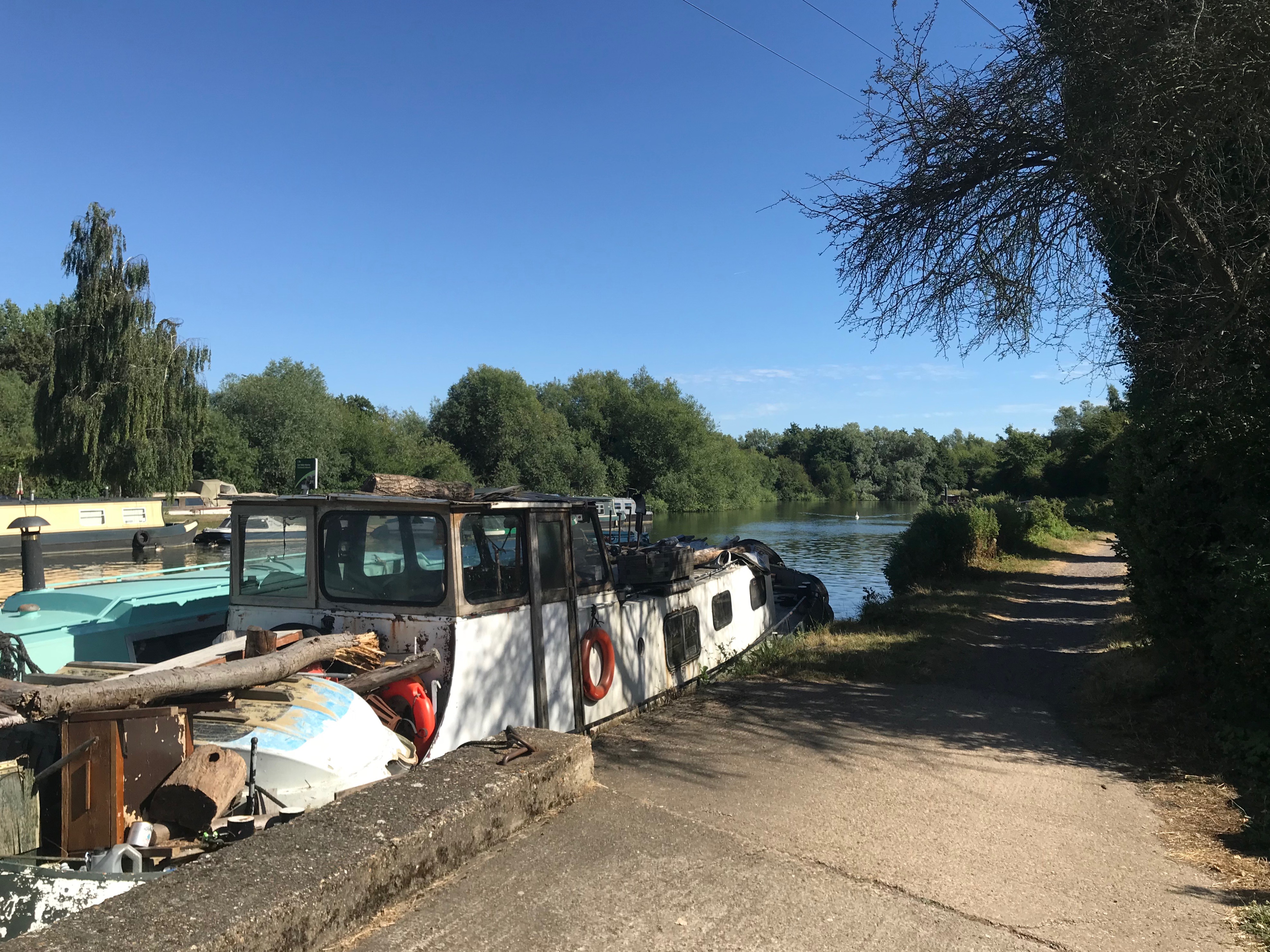 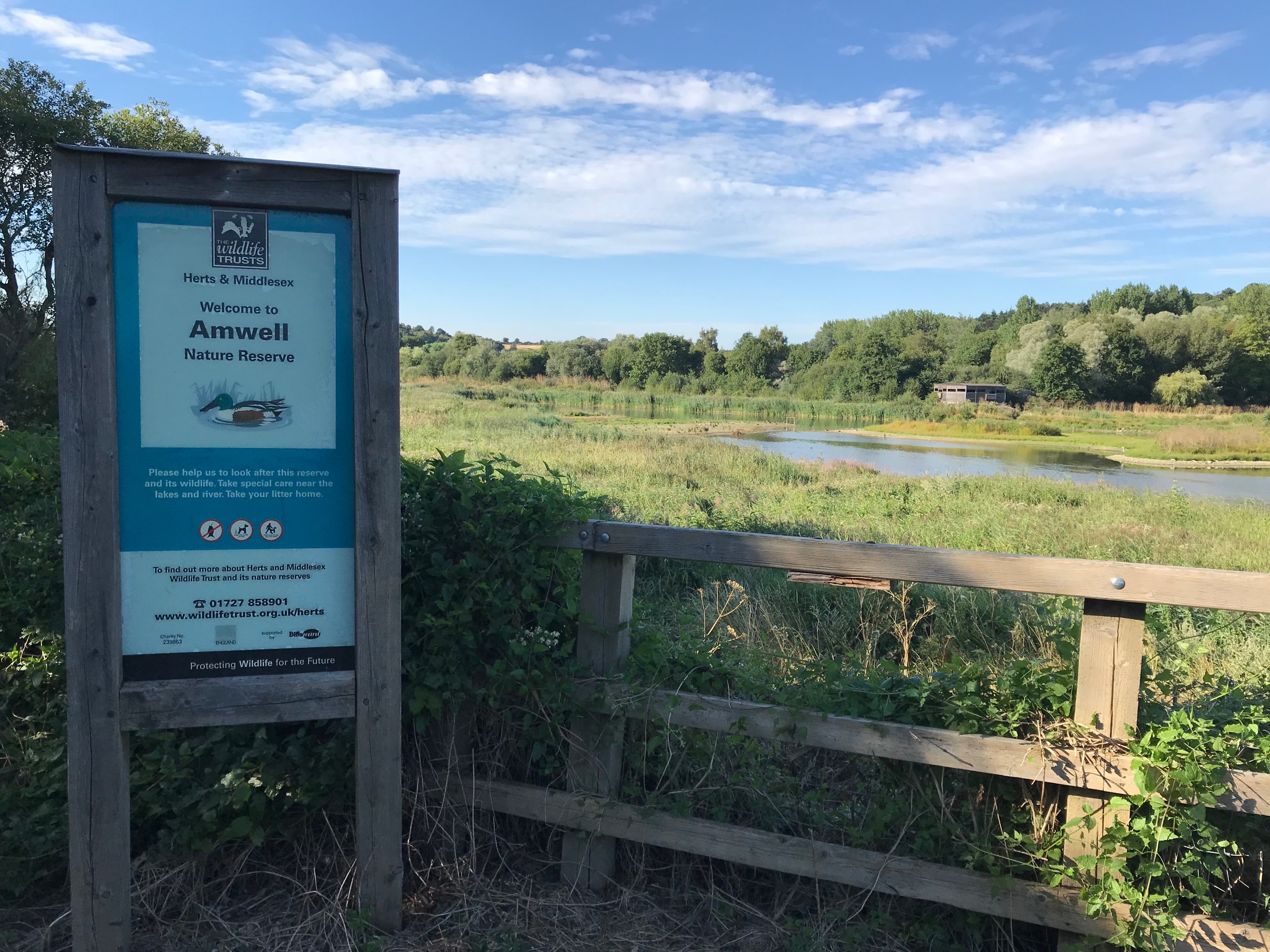 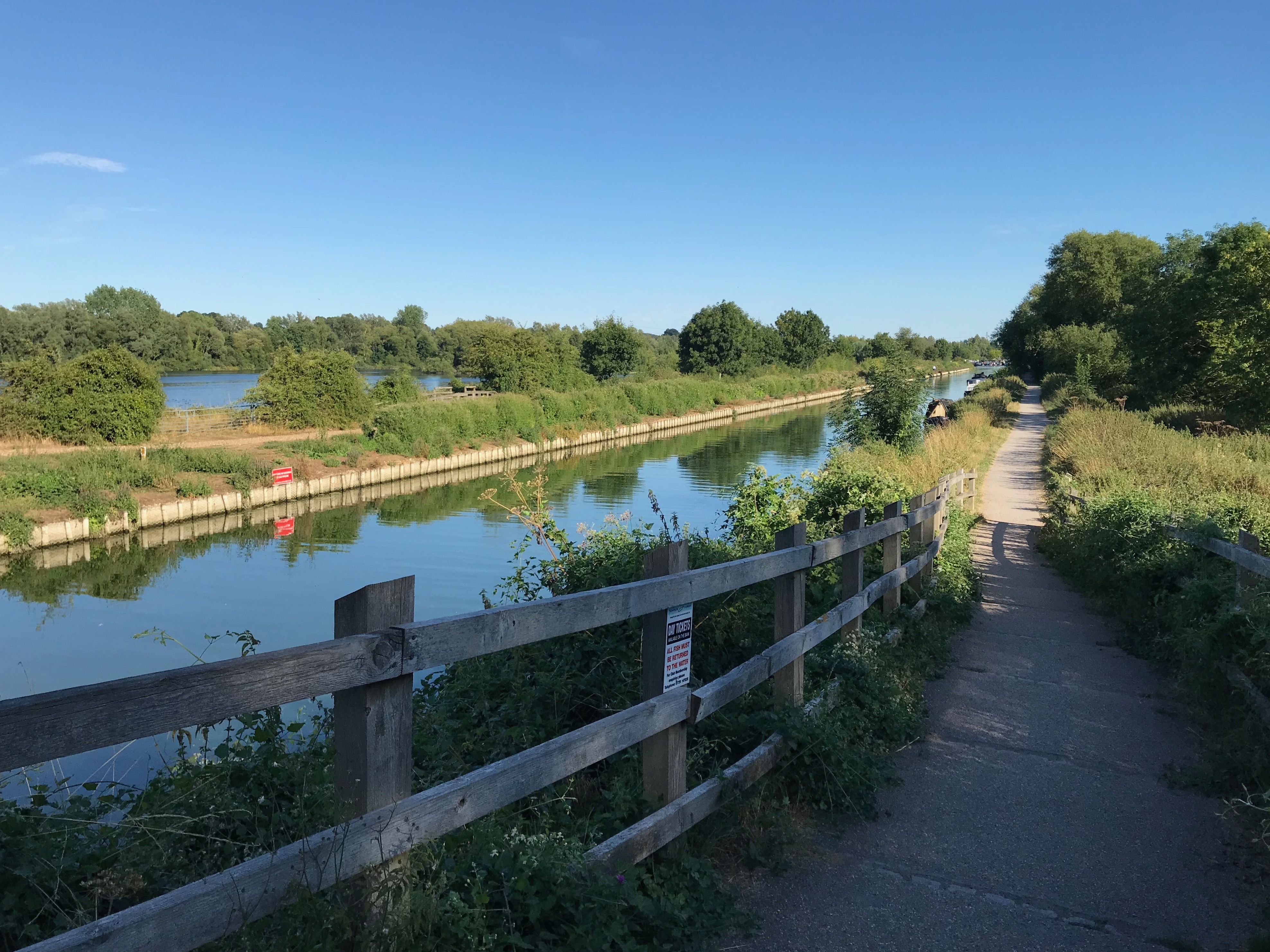 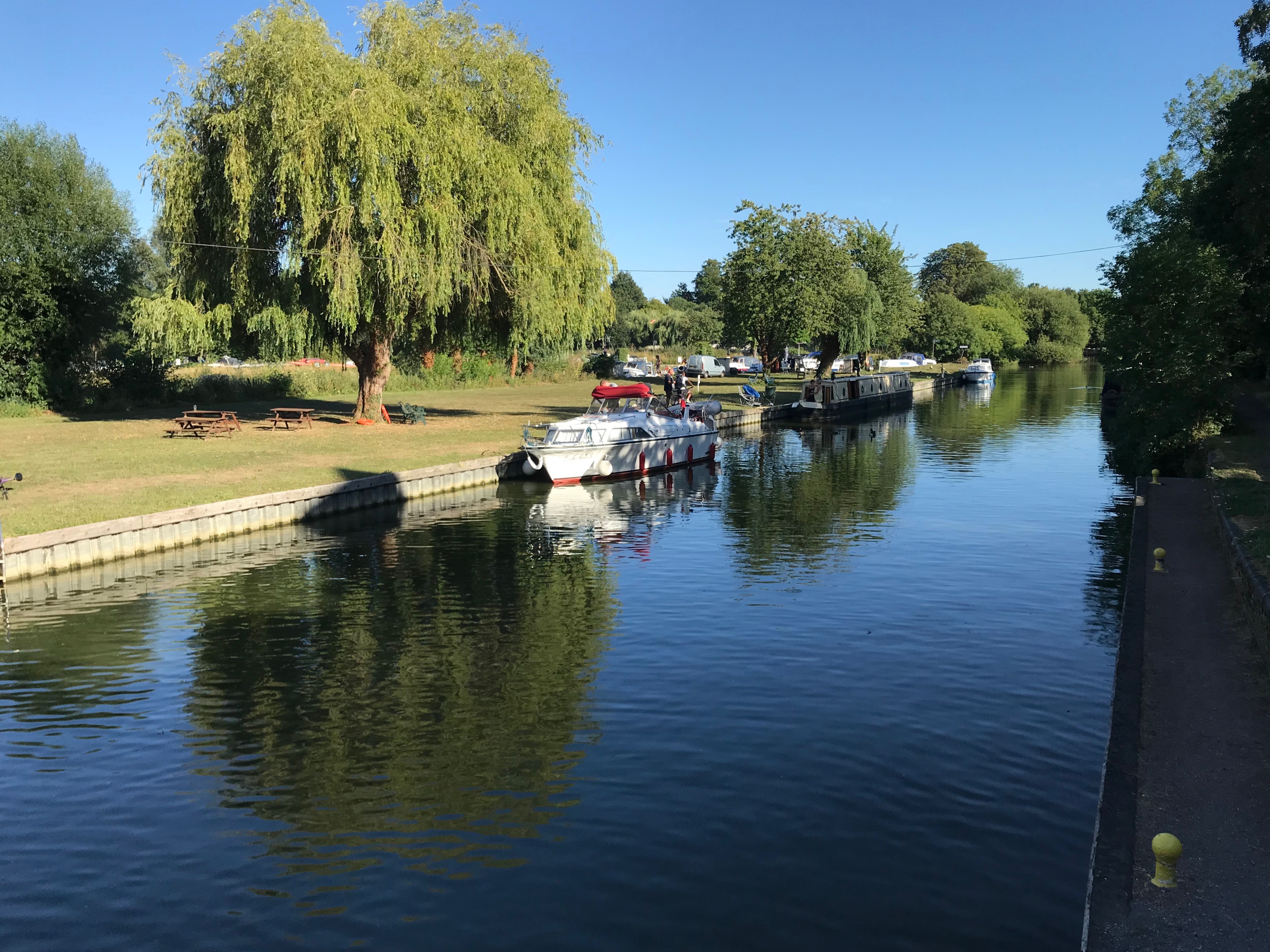 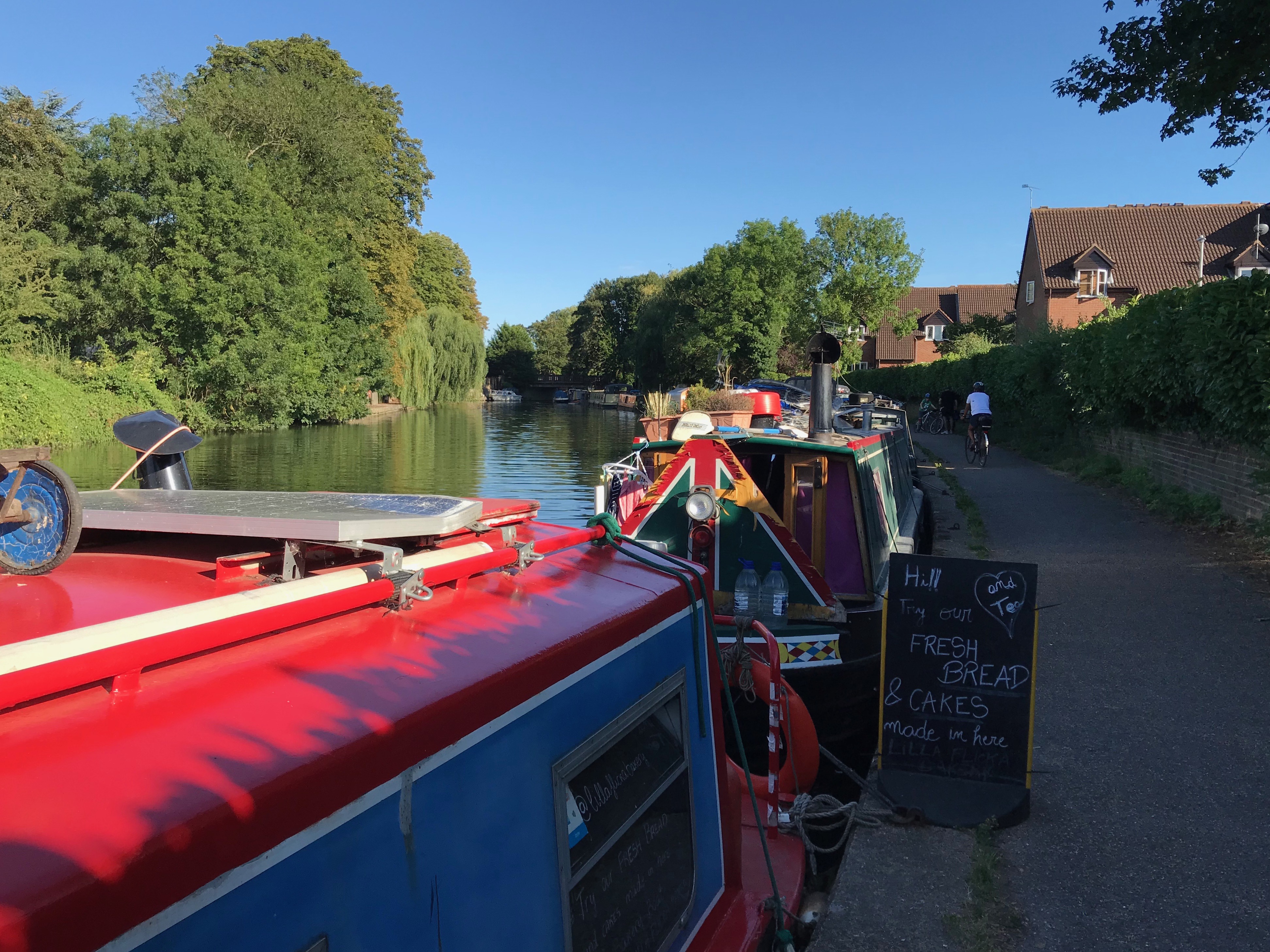 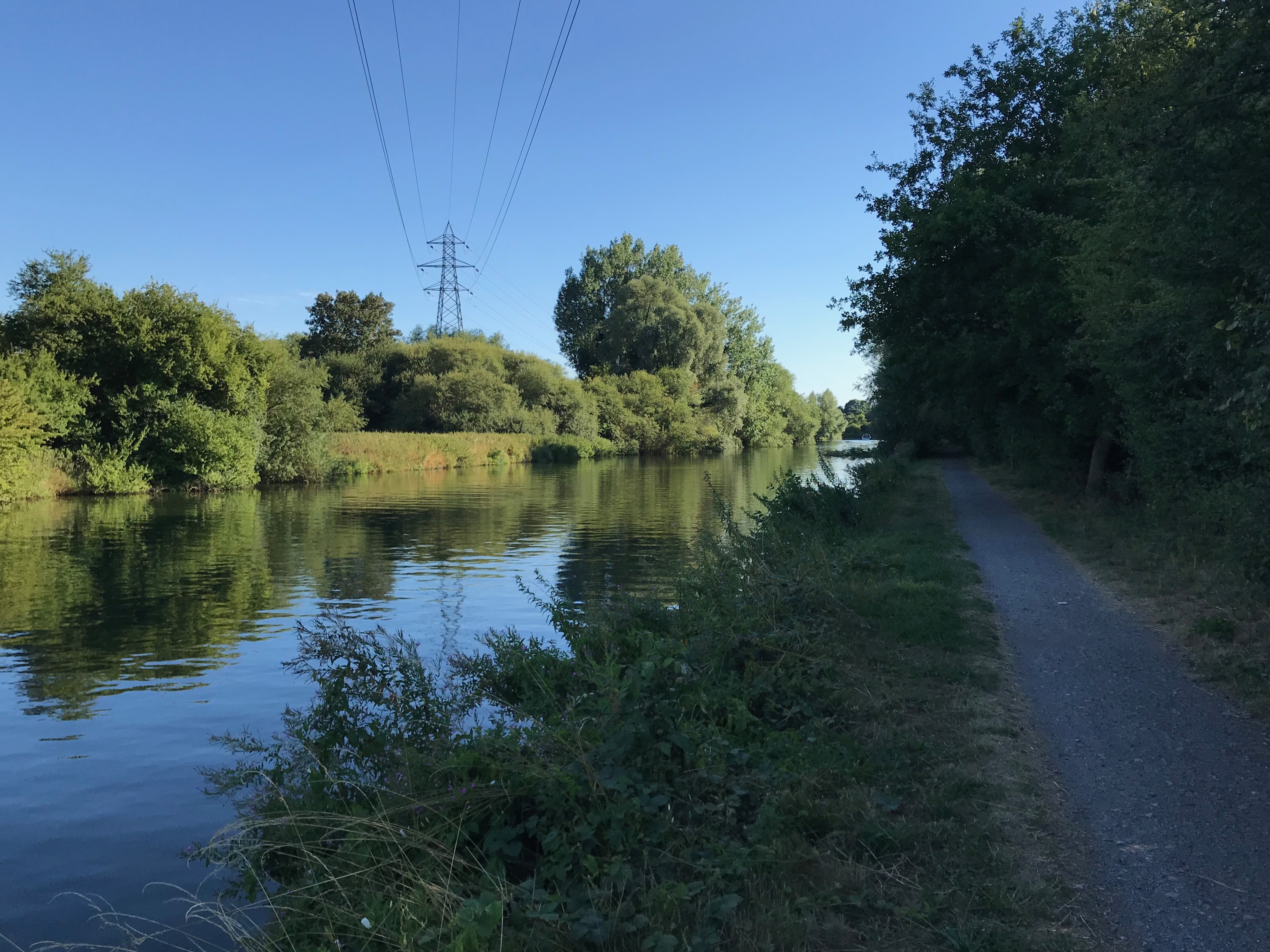 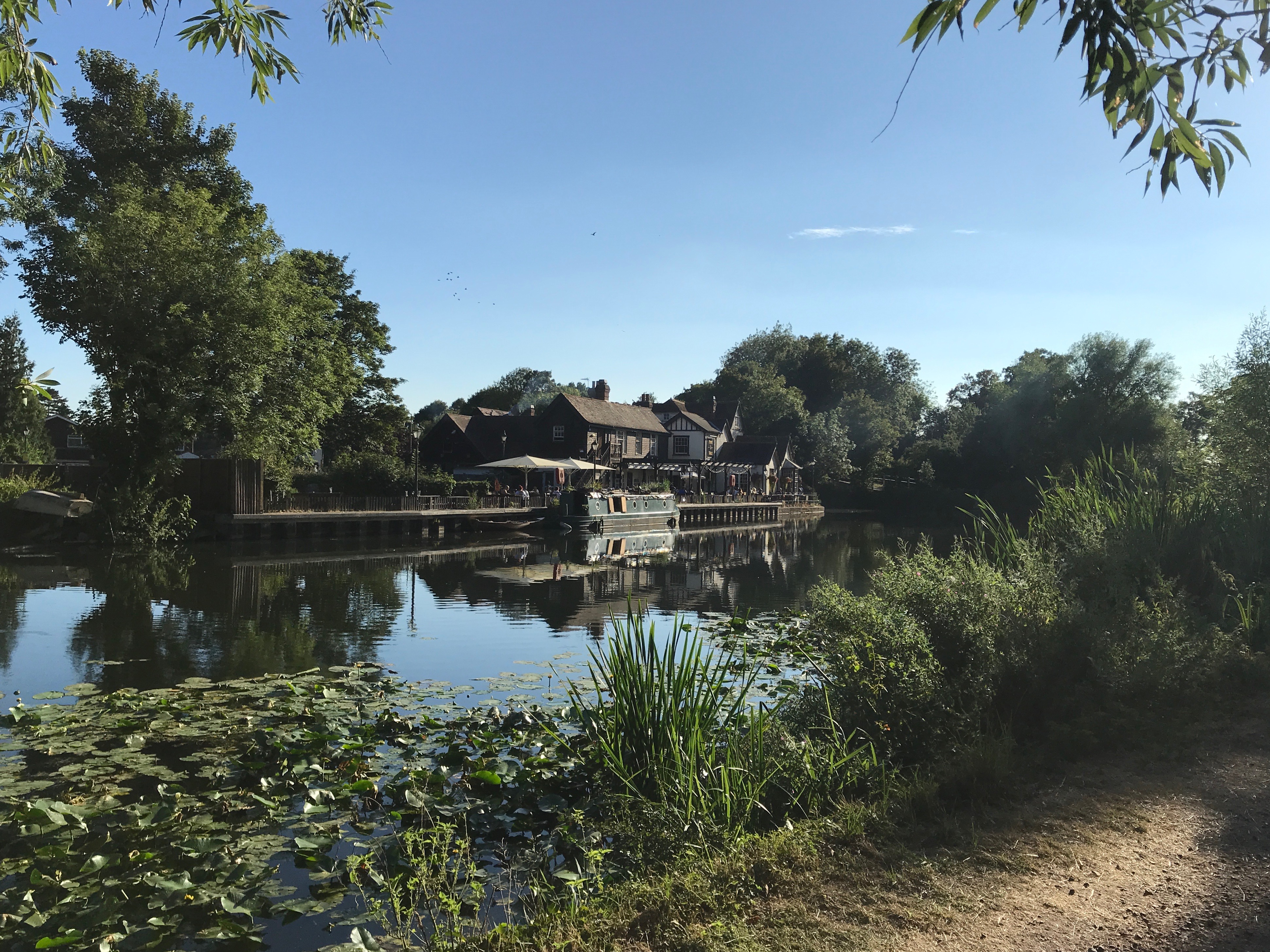