We do love a bit of cycling here at High Living but, like a lot of people, feel less than comfortable in heavy traffic. On a personal level, our family cycling is generally recreational and well away from busy roads, rather than a means of transport (and we do live on a steep hill).

With the recent focus on climate change, more people are thinking about travelling actively, whether it’s on foot or by bike and let’s face it, we spend so much time sitting in stationary traffic. Women, however, are particularly nervous about cycling.

Latest research from British Cycling shows that two thirds of frequent cyclists are men, whereas in countries like Denmark female cyclists amount to 53 percent against 47 percent male. In the UK according to the National Governing Body 36 percent of women (nearly 10 million) admit to wanting to cycle more frequently.

Getting Women Cycling With Breeze

Set up in 2011 through a three-way partnership between British Cycling, Sport England and Sky with funding from the National Lottery, the HSBC UK Breeze programme encourages women to get fit and have fun on their bikes through female-led social rides. To date, the UK-wide programme has filled over 246,000 places on its free led rides. More than 2,000 trained volunteer Breeze Champions organise and lead rides across the UK.

The initiative intends to tackle perceptions which prevent women from getting on a bike, including almost three quarters who say they feel there should be safer cycling routes and they have a lack of knowledge of where to go. Julie Harrington, British Cycling Chief Executive, said: “We want to create a cultural shift which normalises cycling for everyone – so that an equal number of women to men are riding bikes in this country.

“Cycling is increasingly being understood as a fundamental part of the solution when it comes to issues of public health and air quality however change will not come unless people feel safe on the roads and we know this disproportionately affects women.

“We want women to know that cycling is safe and there are plenty of easy and accessible options available for people wanting to get started. Our Breeze programme has helped to transform the lives of thousands of women who would never have considered cycling otherwise, however this alone isn’t enough. We need to work with other organisations to improve infrastructure, accessibility and break down the barriers to transform Britain into a great cycling nation.”

Funded by Barnet Council, four local women have trained as volunteer ride leaders. Known as Breeze Champions, they are women who love cycling and want to share their passion with others. They lead easy local rides for women of all abilities who want to get out on their bike. Talia Ross, Charlotte French, Helen Budd and Penny Lovatt are all members of Barnet Cyclists. Charlotte, from Arkley, explains why she got involved in Breeze:

“I started cycling about seven years ago and it took some time to gain the confidence to cycle with traffic. I now love the freedom of cycling as well as keeping fit. I became a Breeze Champion so that I can encourage women to take that first step and gain as much enjoyment and feeling of wellbeing as I do. All you need is a working bike.”

Many women have barriers in their minds: “I’ll be too slow, I don’t have the gear, I’m not fit enough, I’m scared of the traffic…” None of this matters on a Breeze ride. All rides go at the pace of the slowest, and the women are very welcoming. Riders feel safer when they ride in a group.

Barnet’s Breeze Champions have already begun to lead friendly, accessible rides. Helen, from Chipping Barnet, who came on one of the first, gave us her impressions:

“The Breeze ride was extremely well organised and great fun. I attended to gain confidence in cycling on roads, for fitness and fun and all of my objectives were achieved. I’d definitely recommend them and am looking forward to another one.”

Charlotte recently led a ride from Ravenscroft Park and reported, “The beginners’ ride today was a great success, as confirmed by the level of chat and the fact that everyone stayed in the pub for an hour at the end!”

They are happy to arrange rides for individuals, groups of women, maybe friends or work colleagues at a suitable time with a pace and distance tailored to them. They also work with Barnet Cyclists who lay on longer leisure rides on Sundays from Barnet. Follow both on social media for more details.

To try out a Breeze ride visit the website and search on your postcode. All Breeze Champions are volunteers and put on rides on various times and days. Just sign up and wheel away! 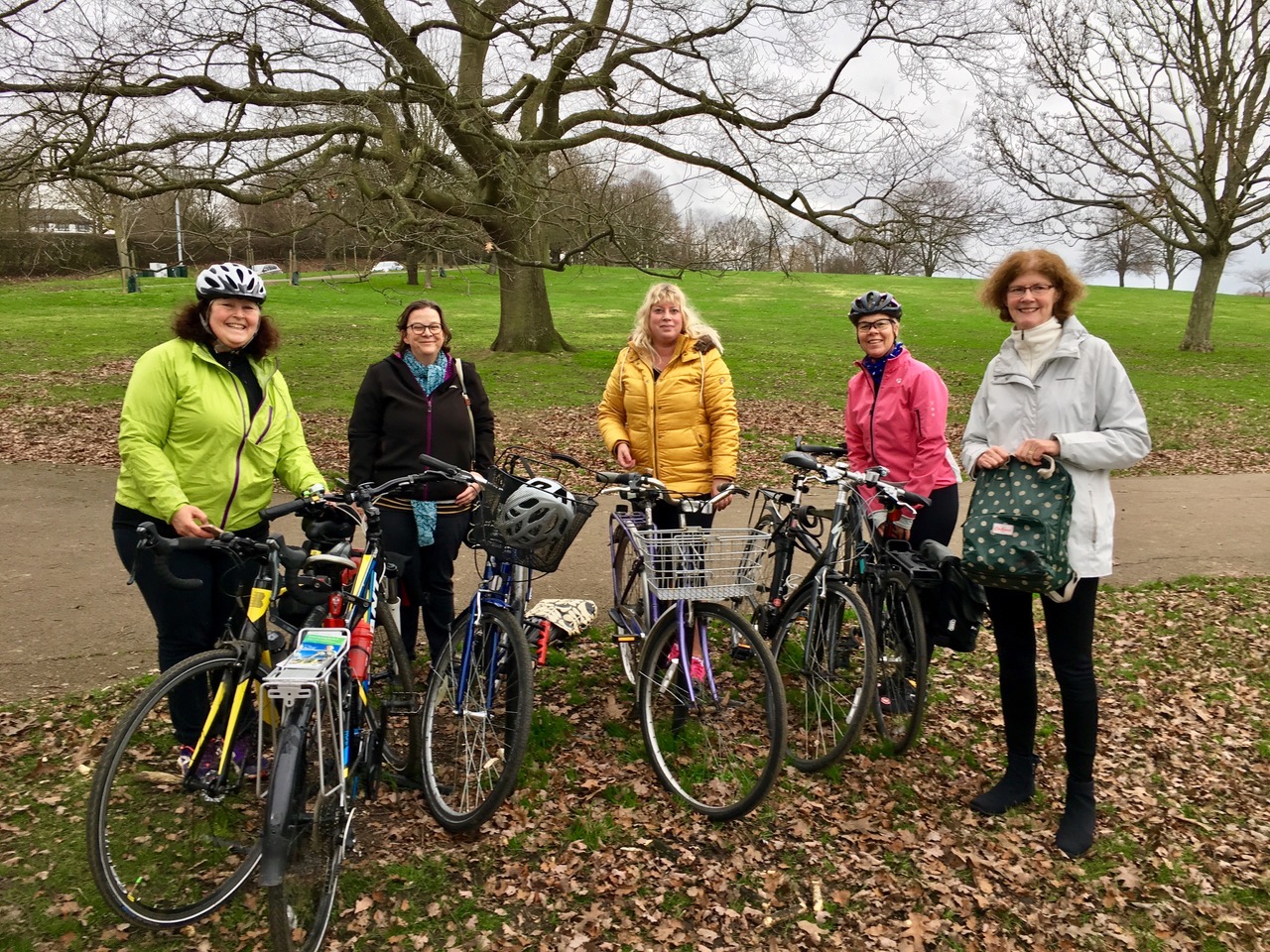 Making the most of some crisp, bright winter weather I recently explored the most northerly and rural stretch of this …

Around Barnet we have some great walks and we have some fascinating old roads. These two come together in Wash …