The cards are sent, you’ve bought and wrapped all your presents (of course), so it’s time to start on the fun stuff. What are you going to drink at Christmas? We’ve only got a few days, so, in true supermarket sweep style, let’s focus on what’s available locally and, with the Brexit affect on exchange rates, the price has to be right.

One of our go-to whites this time of year is The Wine Society’s White Burgundy 2016, fresh, but creamy and rounded (£9.75) and Majestic has Louis Jadot’s Mâcon-Villages “Les Roches Blanches” 2016 for £9.99 (mix 6 otherwise £12.99). If you like your Sauvignon, try their crisp, zesty Villemarin Picpoul de Pinet 2016 at £7.99 (mix 6 or £9.99) or look out for stylish Spanish whites such as fresh, peachy Sainsbury’s Taste the Difference Albariño (£7) or Waitrose Blueprint Albariño from the cool Atlantic coast. The lush limey Rueda Tamaral Verdejo (£12) from Stonewines in Whetstone is another winner as is Muga Rioja Blanco 2016 from Majestic which has been oak aged and can handle rich food (£10.99 mix 6; £12.99). It’s likely you’ll feel a bit jaded at some point and a welcome palate cleanser is the spritzy Basque Txakolina Ameztoi (£14, Stonewines).

Warming Mediterranean reds come into their own at Christmas, especially from the Rhône, Languedoc and Spain which often feature the same grapes. Sainsbury’s Taste the Difference Côtes du Rhône Villages (£7) always delivers and you could trade up to the Taste the Difference Crozes-Hermitage (£11), both from one of the region’s top producers, Michel Chapoutier. Mellow, spicy Rioja is a festive crowd-pleaser – particularly in a magnum and Majestic has Marques de Riscal Rioja Reserva 2012 in the large format, perfect for cracking open on Christmas day (£28 mix 6, £34). They also have Brit Katie Jones’s Mlle Jones Fitou 2015 which packs a big spicy punch.

Moving on to fizz, there are some great bargains out there, but two are tough to beat. Aldi’s award-winning Exquisite Crémant du Jura (£7.99) made from Chardonnay (like Champagne) in a cool corner of France near the Alps. Local branches are in North Finchley and Hatfield. Secondly, Les Pionniers Champagne NV from Co-op is made by Regis Camus of Piper-Heidsieck and a fantastic buy at £16.99 (at the revamped store in Mays Lane). Not surprisingly this also keeps winning awards. Stonewines also has some tempting fizz such as Simonnet-Fèvre Crémant de Bourgogne Brut (sparkling Chablis) at £15 and Château de Brissac Crémant de Loire (£14), both fabulous Champagne substitutes. You’ve also still got time to pick up some excellent locally produced Forty Hall Vintage London Sparkling Brut from Enfield (Farm Shop open Wednesday, Saturday and Sunday 11am–4pm).

Finally, if you’re partial to a drop of port, Aldi is great hunting ground with excellent value Maynards range at practically give-away prices: 10 year old Tawny (£9.99), 1992 LBV (£19.99) and a dinky little stocking filler: Reserve Port (20cl, £4.99). If you fancy something sticky to round off your Christmas dinner, they also stock De Bortoli Rich Pudding Wine (£8.99) which is almost like Christmas pudding in a glass – and a dream poured over ice cream (or sipped instead of pudding). All multi-award-winners.

Stonewines is open 10am to 8pm until Christmas, closed Christmas Day and Boxing Day and then open 12 until 8pm until New Year’s Eve. You’ll also be able to pick up craft beers and come interesting spirits such as Sacred Gin from Highgate. Coffee and several wines by the glass are served (see below).

Wishing you plenty of festive cheer! 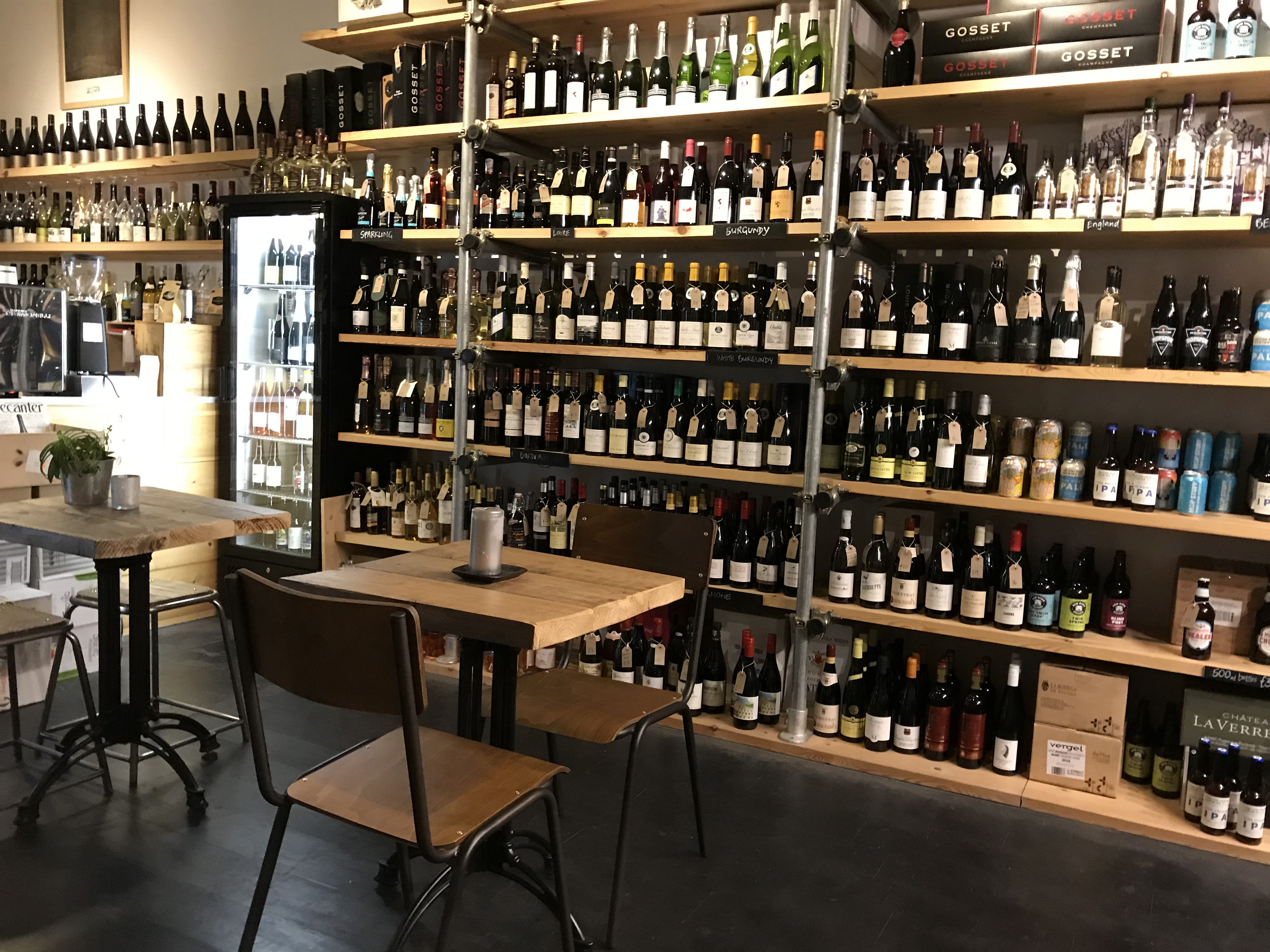 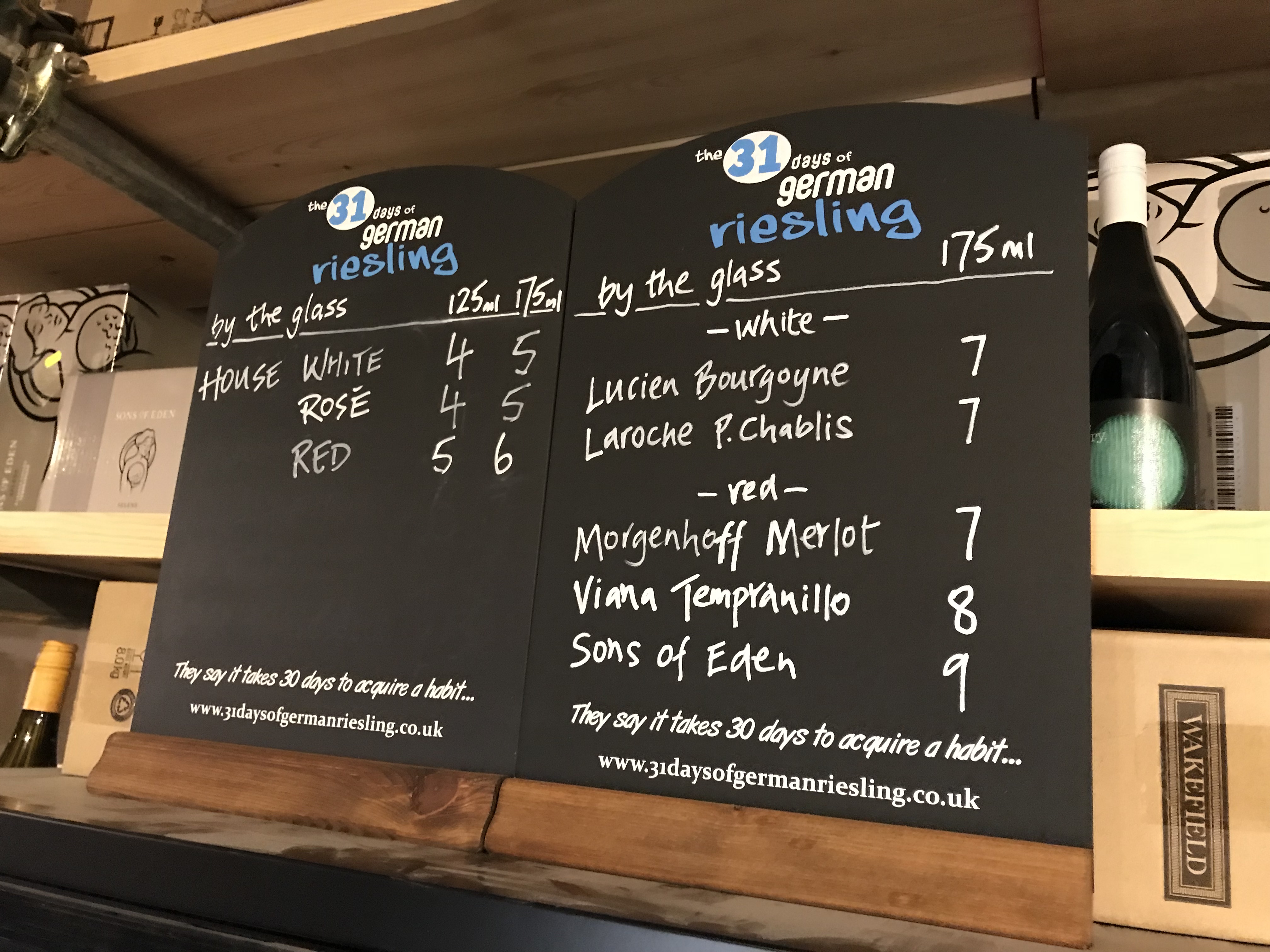 After much anticipation (and an impressively long fit out) Antica Pizzeria opened earlier this week. We at High Living weren’t …

If you’ve been to Forty Hall Farmers’ Market you’ll know that, as well as producing some very decent wine, Forty …

Whether it’s warm and summery or unseasonably cold and wet, Mediterranean food takes some beating. So, the erratic weather this …