Trent Park is one of our most cherished local amenities and since the mansion was acquired last year by Berkeley Homes we’ve been following the news closely. Redevelopment could have a negative impact on somewhere so historically and culturally significant, as well as infringing on the Green Belt.

Local group Save Trent Park is lobbying hard for the establishment of a national World War Two museum in the mansion and received an overwhelming display of support at a recent public meeting at Christ Church Cockfosters. The meeting on Thursday 16 June was attended by over 350 members of the public with a panel of campaigners and experts outlining their vision for a national museum commemorating the critical role Trent Park played in WW2.

Keynote speaker Iain Standen (CEO of Bletchley Park) highlighted Trent Park’s potential to become a significant national attraction saying ‘Trent Park has a unique and engaging story which means people will come to visit’. He drew parallels with the hard fought campaign to save Bletchley Park which now attracts over a quarter of a million visitors a year, adding the campaign for Trent Park museum is ‘a great project, and it can be delivered.

Other speakers included WW2 expert and campaign’s historical director Dr Helen Fry, campaign director and founder Jason Charalambous, and Sir Philip Sassoon historian Damian Collins MP. Charalambous said the campaign is ‘about ensuring that future generations of school children and the public at large, near and far, can learn about the enormous sacrifices war entails, and be inspired of the extraordinary ingenuity that the intelligence operation at Trent Park involved.’

Highlight of the evening was 97 year old WW2 veteran Fritz Lustig, one of only two surviving ‘secret listeners’ said ‘I consider it of the utmost importance that the intelligence work that was done at Trent Park during the war is not forgotten and a museum should be established’. The meeting was chaired by local MP David Burrowes who described Trent Park as ‘a jewel in the crown of our borough and our nation’.

The new owners of the site, Berkeley Homes intend to develop much of it for luxury housing were represented at the meeting by their Managing Director Piers Clanford. They are currently proposing to develop over 45,000m2 of residential floor space and are offering just 500m2 for ‘ancillary uses’ which would include the museum. Charalambous described this as completely unacceptable and ‘a pitiful amount that does not do justice to the estate’s significant national history.’

Historian Dr Helen Fry said ‘we must give the Trent Park Museum the full space that it needs to honour and tell the story of the war-winning intelligence that happened there during WW2. To do that, we are campaigning for half the stable block, and the whole of the ground floor and basement of the mansion house as the absolute minimum.’

Historic background to Trent Park
The campaign is focusing on the establishment of a museum within the grade 2 listed mansion and stable block at the heart of Trent Country Park which a million people visit a year. It sits within 50 acres of privately owned Green Belt and conservation area land which was until 2013 owned by Middlesex University and has since been bought by the Berkeley Homes who intend to develop it for luxury housing.

During WW2 the site was an MI19 (branch of MI6) run intelligence gathering PoW camp for the most senior captured German Officers, including 59 German Generals. It’s widely believed that Hitler’s deputy Rudolf Hess was held there for a short time. Highly sophisticated roombugging, eavesdropping and passive manipulation techniques were used for the very first time to gain vital intelligence to assist the war effort. The results of this clandestine operation were highly successful and intelligence gained included valuable information on German U-boat tactics, bombing raid radar system technology and some of the first evidence of war crimes and atrocities, including the mass killing of Jews. Intelligence discovered for the first time changed the course of the war when the German generals discussed among themselves Hitler’s ‘secret weapons’ programme – the V1, V2 rocket, and his atomic bomb programme.

Much of the historical significance of Trent Park has only recently come to light with the declassification of documents in 2004 – the importance of this site is only going to grow over time as the nation realises its significance for winning the war alongside Bletchley Park.

Before the war it was the home of the 1920s and 30s socialite Sir Philip Sassoon. Regular guests included Charlie Chaplin, T E Lawrence, George Bernard Shaw and Edward VIII, as well as Winston Churchill who painted several paintings at the estate. The painted murals of the famous artist Rex Whistler still adorn the rooms and renaissance sculptures dignify the landscape.

Charalambous explains, ‘Before Berkeley redevelops the site, this is the last chance to establish a proper full national museum in the historic mansion – rather than seeing it carved up into private and non-accessible residences. That would be tragic for our nation, for local people, and for those WW2 heroes whose work was so secret that they never received recognition.’

Campaign details
The campaign has received widespread public support and a petition to Berkeley Homes and Enfield Council calling for the establishment of a museum has received over 5000 signatures in written format and online. The campaign has also received endorsements from leading academics, historians and public personalities including Sir David Jason OBE. Videos from the public meeting can be seen here.

For further information please contact campaign founder and director Jason Charalambous on 020 8379 2465 or cllr.jason.charalambous@enfield.gov.uk. The campaign is also very active on social media and we’ve included details below. 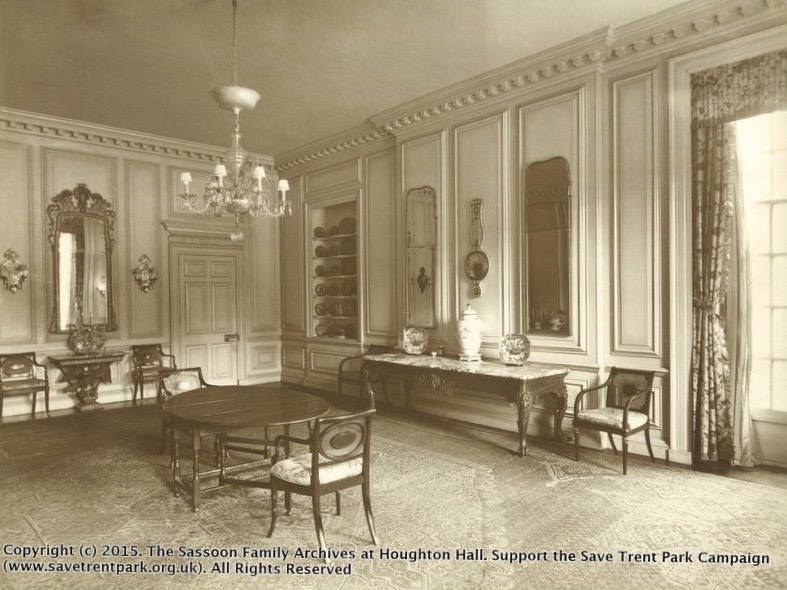 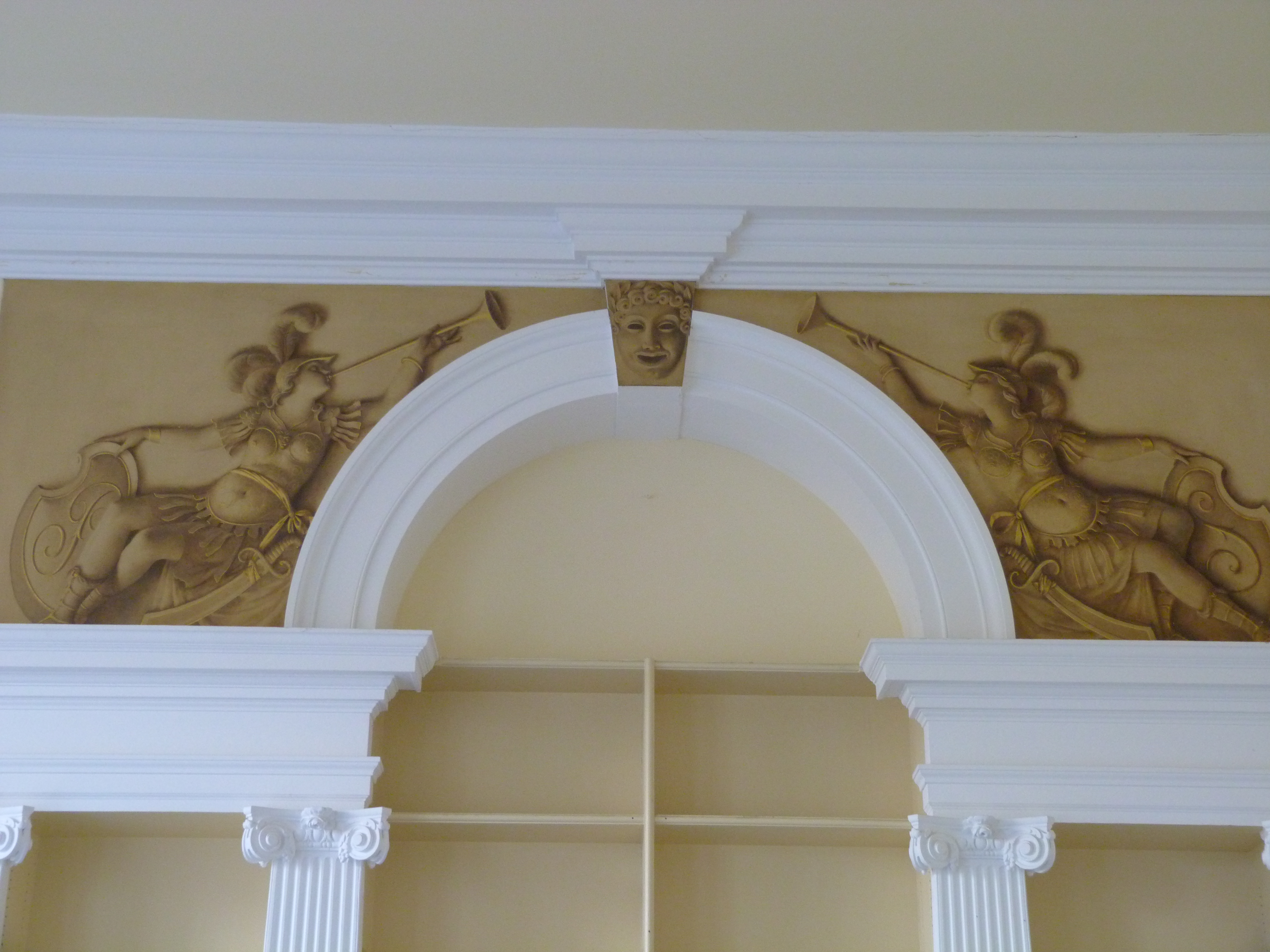 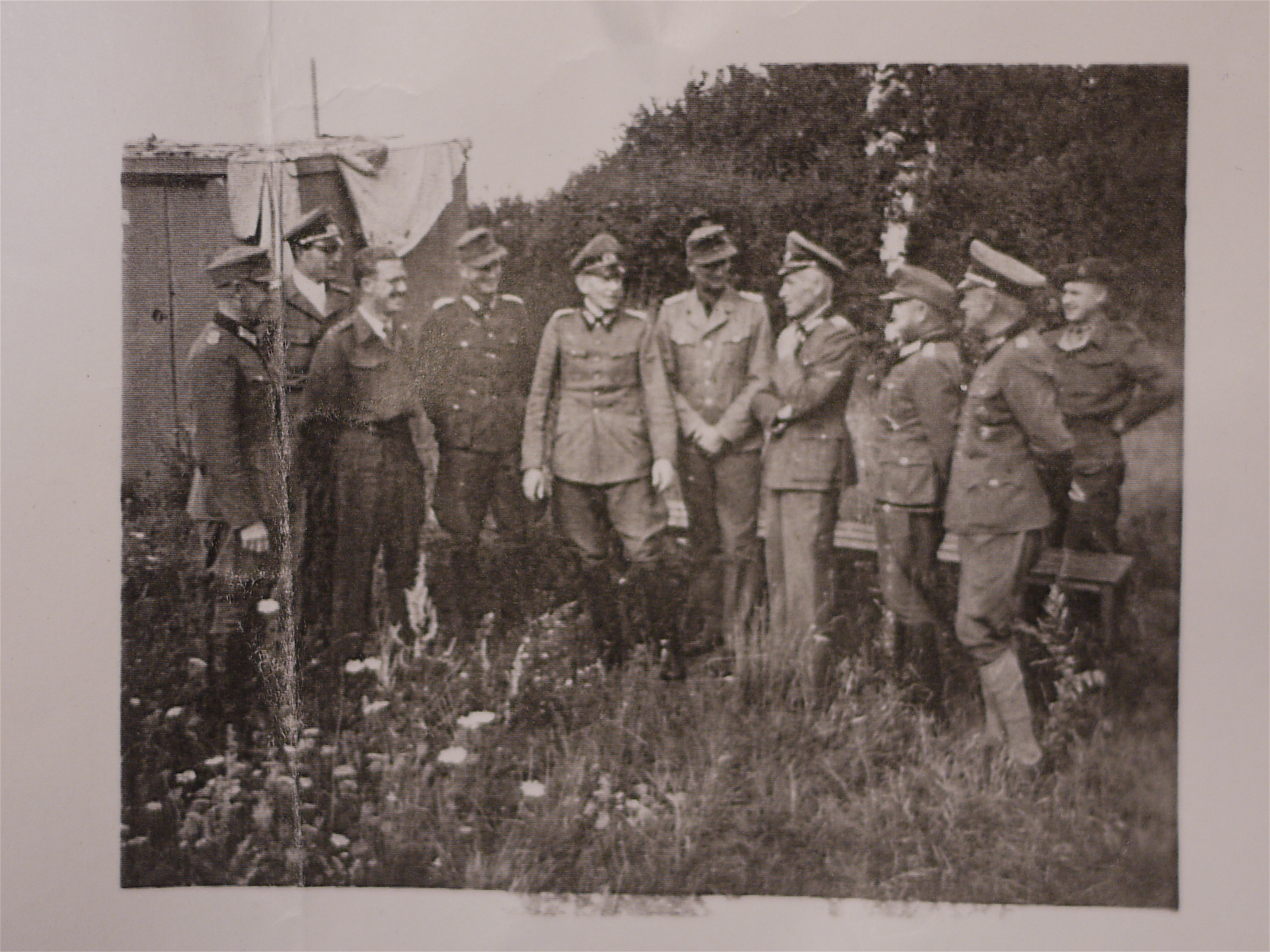 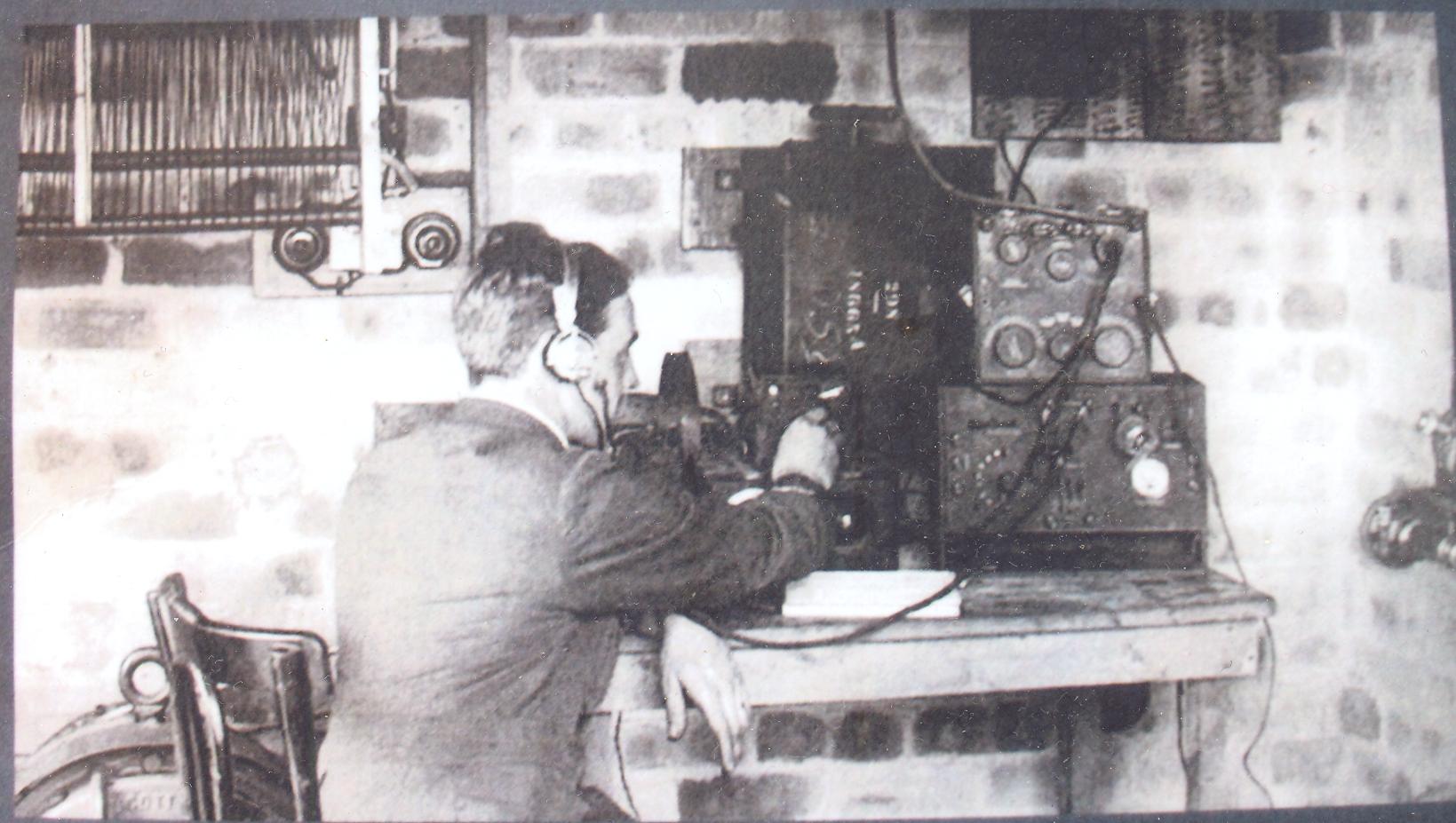 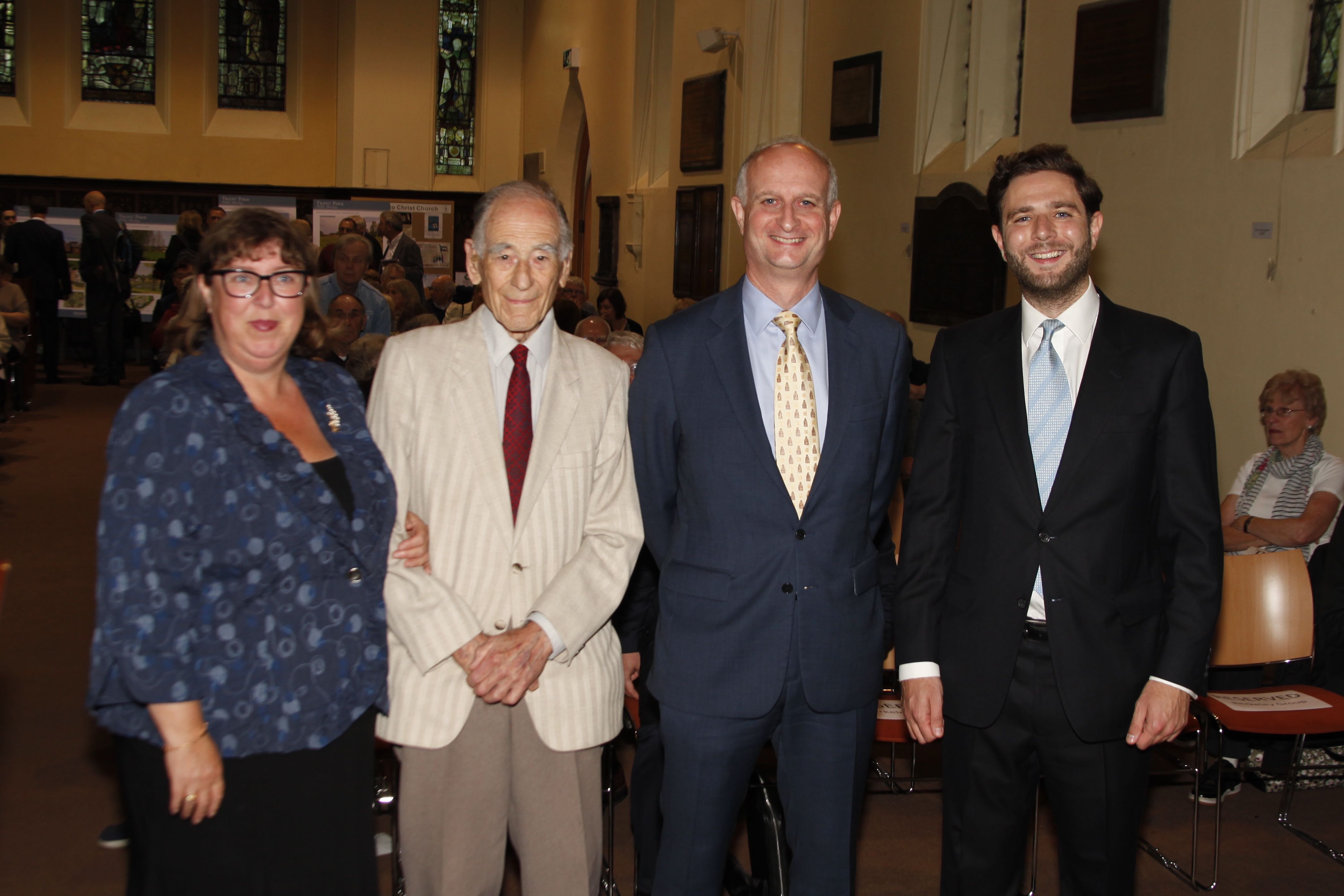 Recently researching the history of Trent Park I came across glamorous and enigmatic sounding Philip Sassoon, politician, socialite and aesthete …

Charities have a strong presence in Barnet, with so many shops lining our High Street. However, one that I’ve always …

Salsa Soul Night at The Bohemia