Last week, I enjoyed a local walk that marked one of those special change of season moments. Overcast, but serene with the air full of birdsong, spring really did feel just around the corner.

I was meeting a friend for coffee at The Waiting Room near Totteridge and Whetstone tube so, with a bit of time to spare, decided to get there on foot. Having walked down the hill for the school run, I continued along Leeside to the closest stretch of the Dollis Valley Greenwalk which would take me there directly.

The Dollis Valley Greenwalk follows the Dollis Brook from where it rises near Arkley and continues down to Hampstead Garden Suburb and the Heath Extension. It’s about 10 miles long in total and takes about six hours to walk and, rather like the Pymmes Brook Trail, it’s an ‘ecological corridor’ or unspoilt ribbon of wildlife. The Dollis Brook itself continues south and west joining Mutton Brook to form the River Brent which meets the Thames at Brentford.

At the end of Leeside I turned left onto the footpath, passing the edge of the Dollis Valley Estate currently being re-developed. The footpath continues east, crossing Barnet Lane, towards to the old Underhill stadium and Barnet Playing Fields before curving southwards to Whetstone. King George V Playing Fields are just the other side of the brook (which marks the boundary between Barnet and Totteridge) and then the manicured greens of South Herts Golf Club. It’s fascinating how this upper stretch of Dollis Brook is so natural with tight meanders and the promise of wildlife, yet you turn the other way and get a stark reminded that you’re in deepest suburbia.

Near Western Way the footpath forks into two allowing for a separate cycle path and you continue towards Wyatts Farm Open Space with its pavilion set back up towards the high road. By this point you’re aware of tube trains trundling past. To the right is a footbridge and narrow entrance to Brook Farm Open Space, a rare old pasture used for hay for horses, now a nature reserve run by local volunteers. Also of interest near the tube line at the edge of the old Wyatts Farm is an old ash tree, the ‘Boundary Tree’, that marks the historic boundary between Hertfordshire and Middlesex.

Continuing south along the main path, with tall office buildings in sight, you approach Totteridge Lane. Turn right and cross the road further along by the shops in order to follow the Greenwalk. I strolled on a short way to take look at Whetstone Stray. This stretch of the brook looks a little more managed with reinforced banks and there was even a rather smart Barnet-branded bench. There are also more footbridges allowing access to both sides of the brook, so the green corridor feels much wider along here. ‘Stray’ in this context is a ‘common’ or piece of unenclosed land on which there is a common right of pasture, so historically animals would have been brought here to graze.

I turned back towards the café followed by a robin. It had been a treat. There was the faintest green haze to the trees which were buzzing with activity and it felt as though winter was finally over. I eventually returned home along the high road, stopping off at Moore’s Butchers for my Easter lamb, although you could take the more scenic route back along the footpath. In total I’d walked about five miles and my outward stroll took about 45 minutes. However, it’s easily done by bike, but you’d have to keep getting off to appreciate the details. 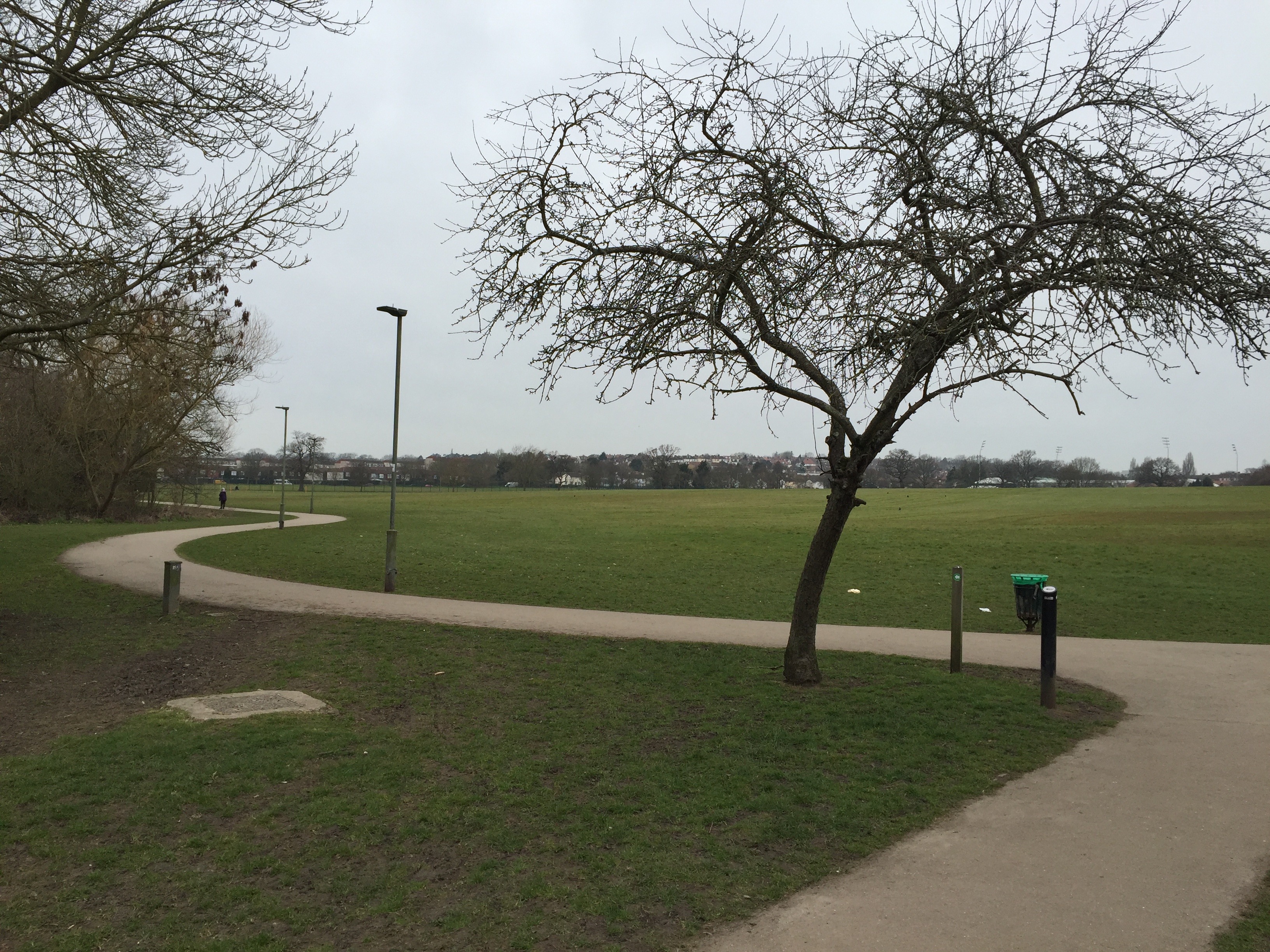 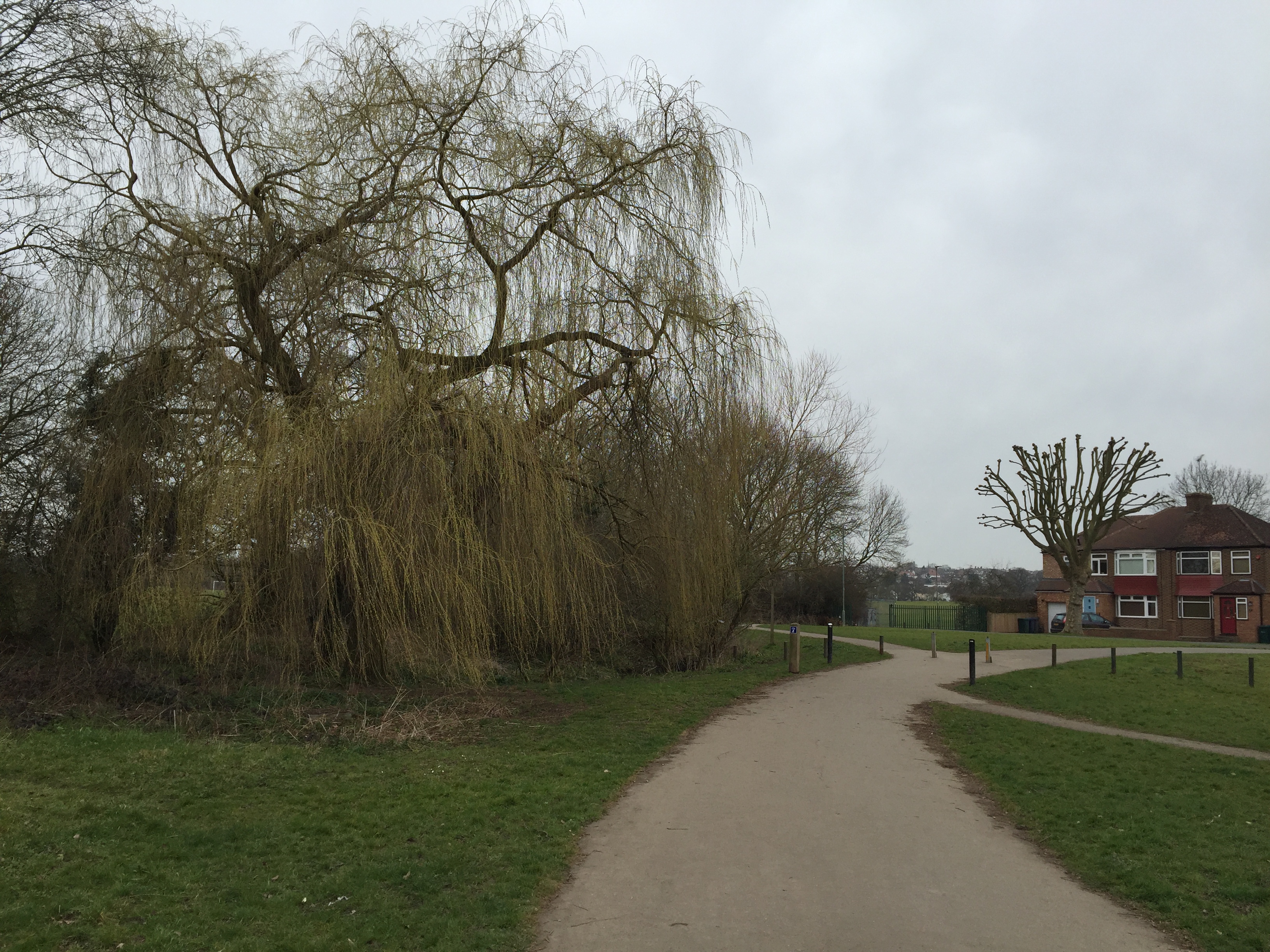 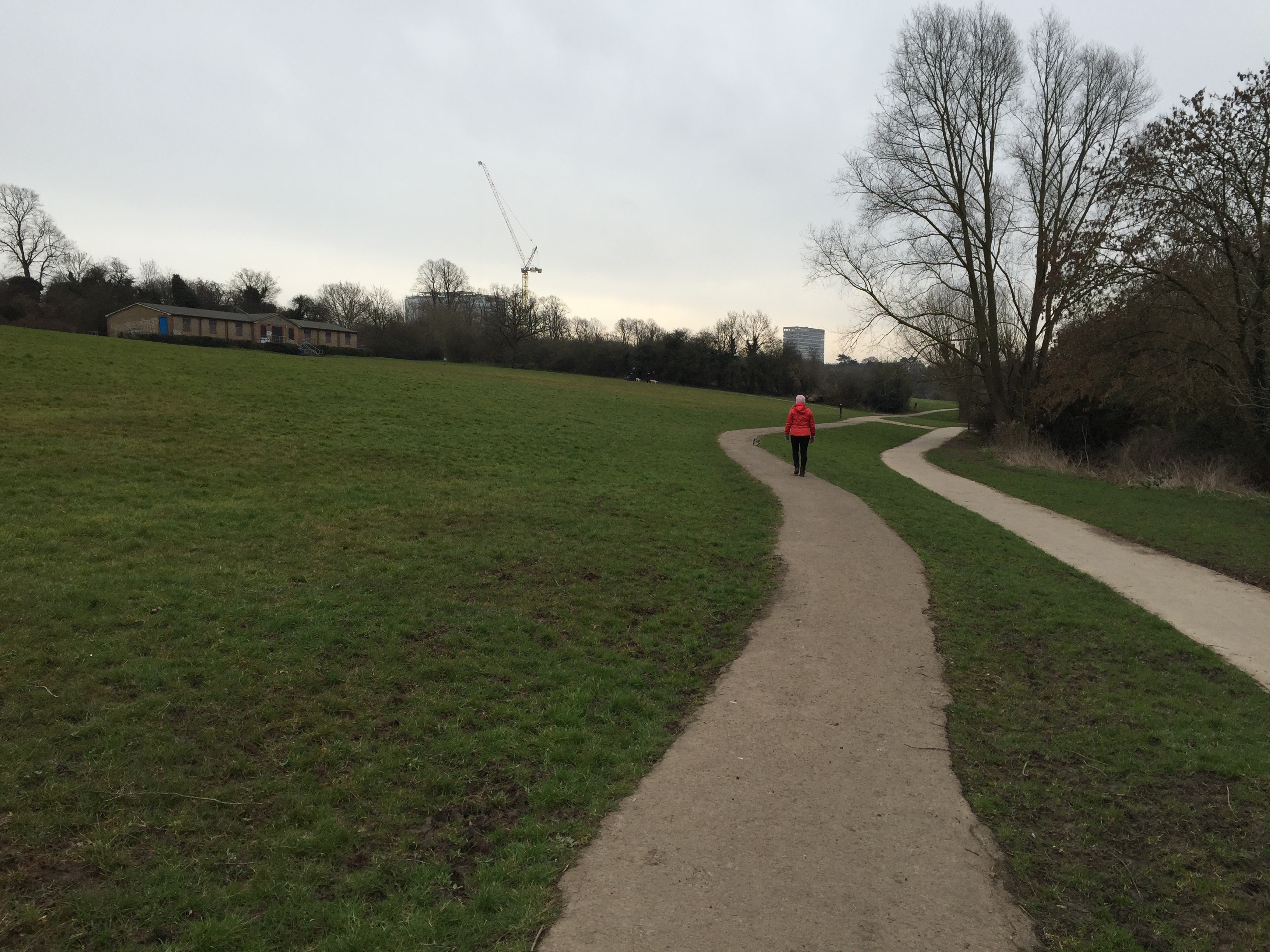 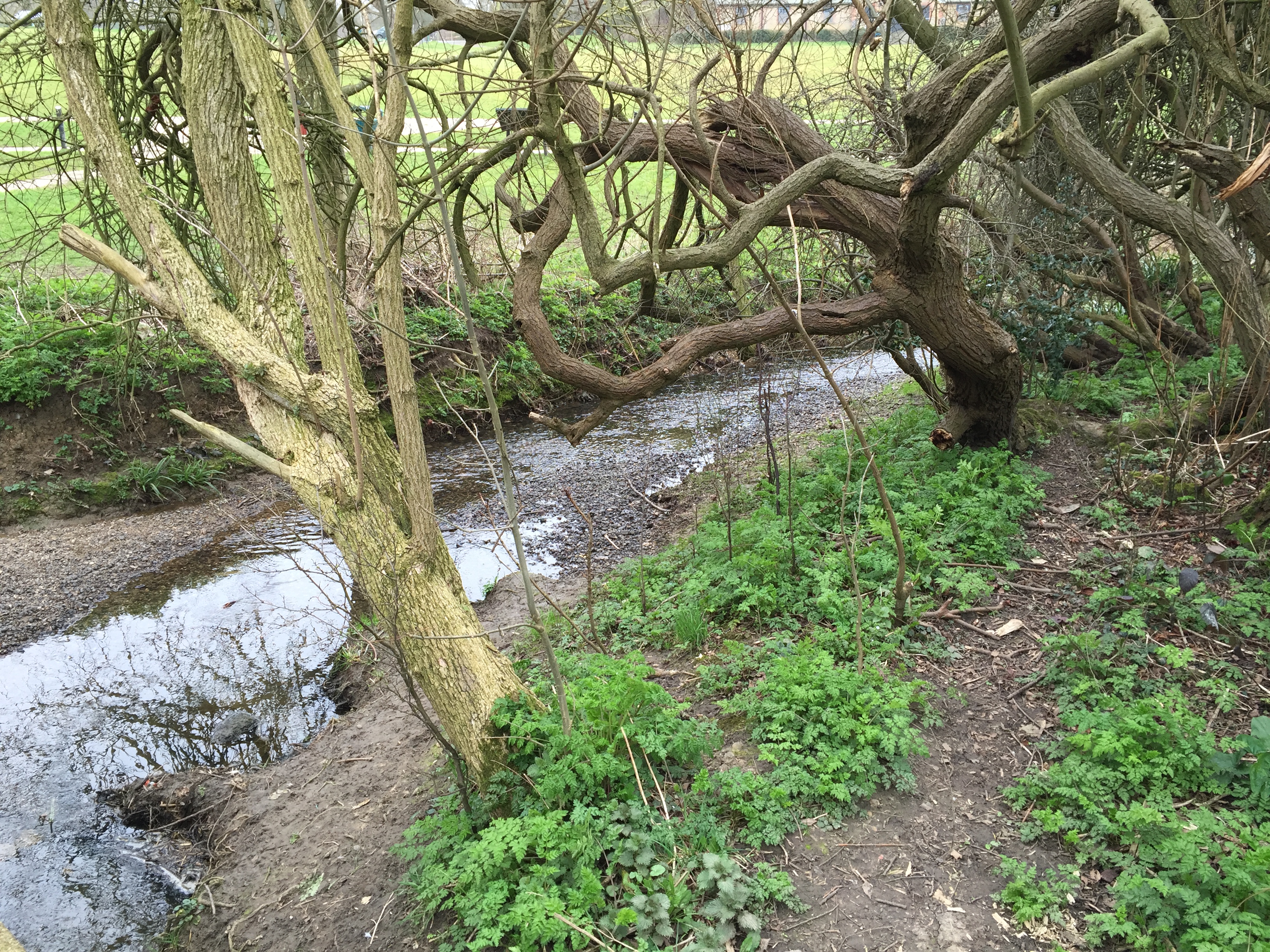 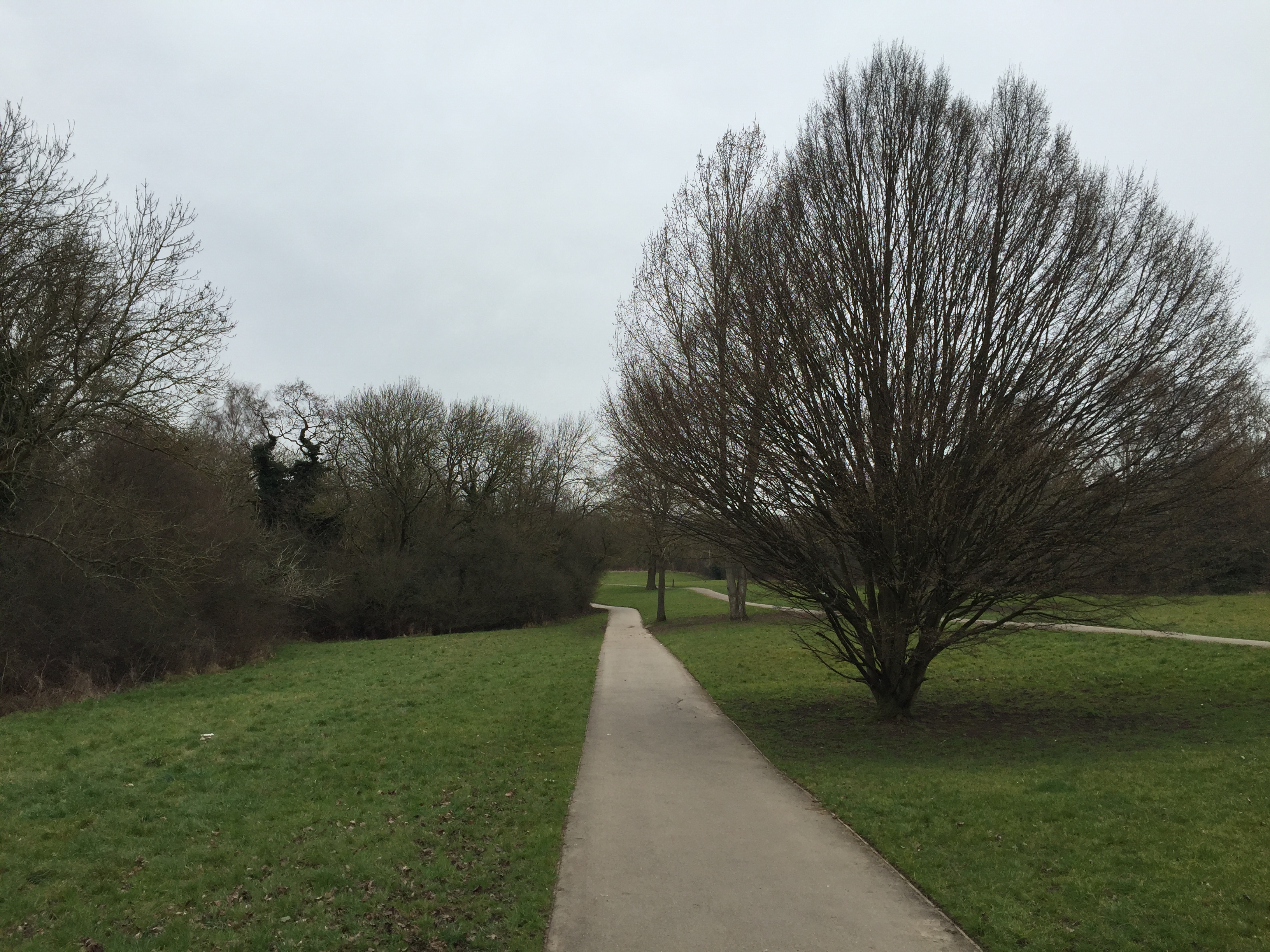 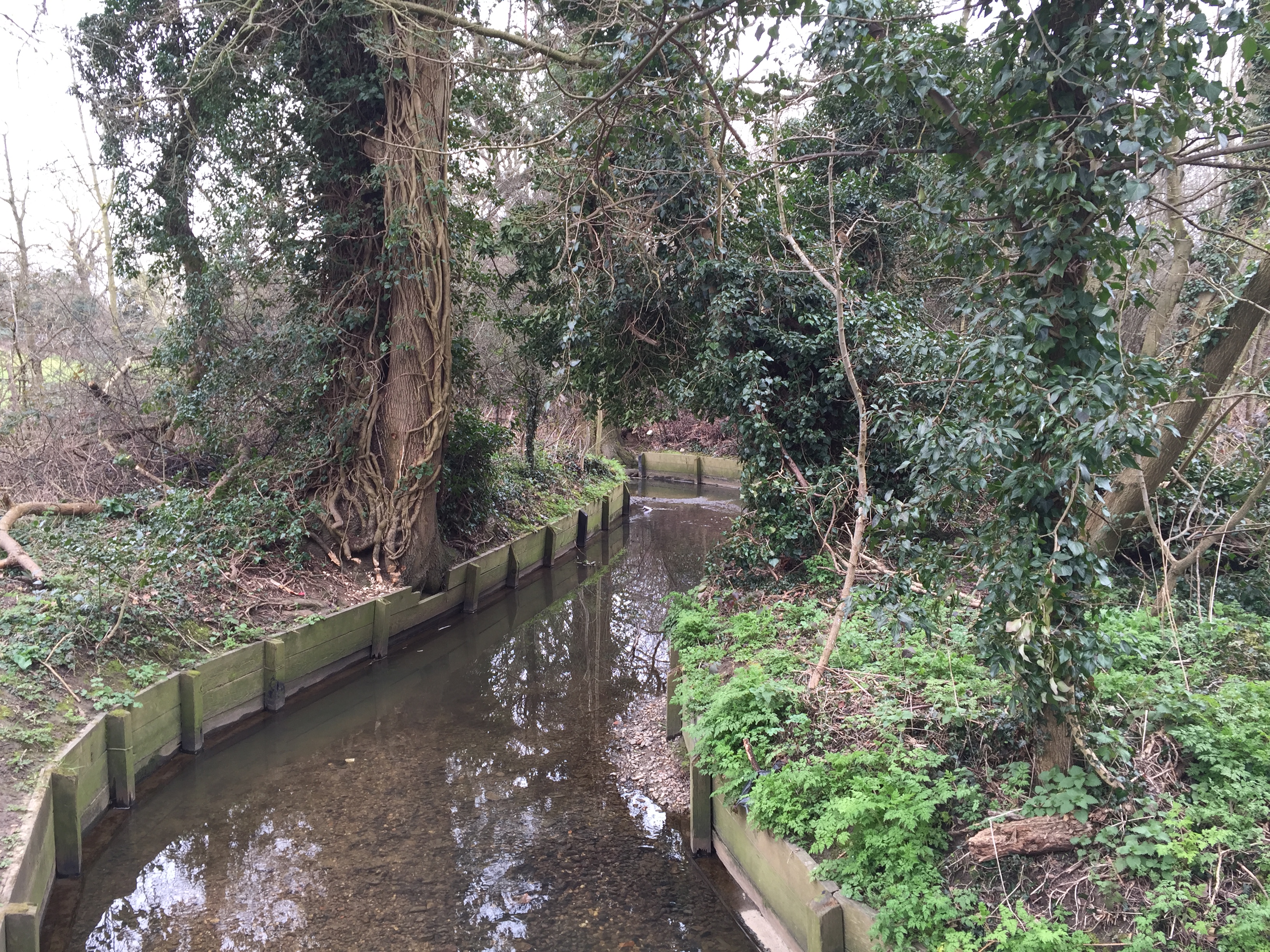 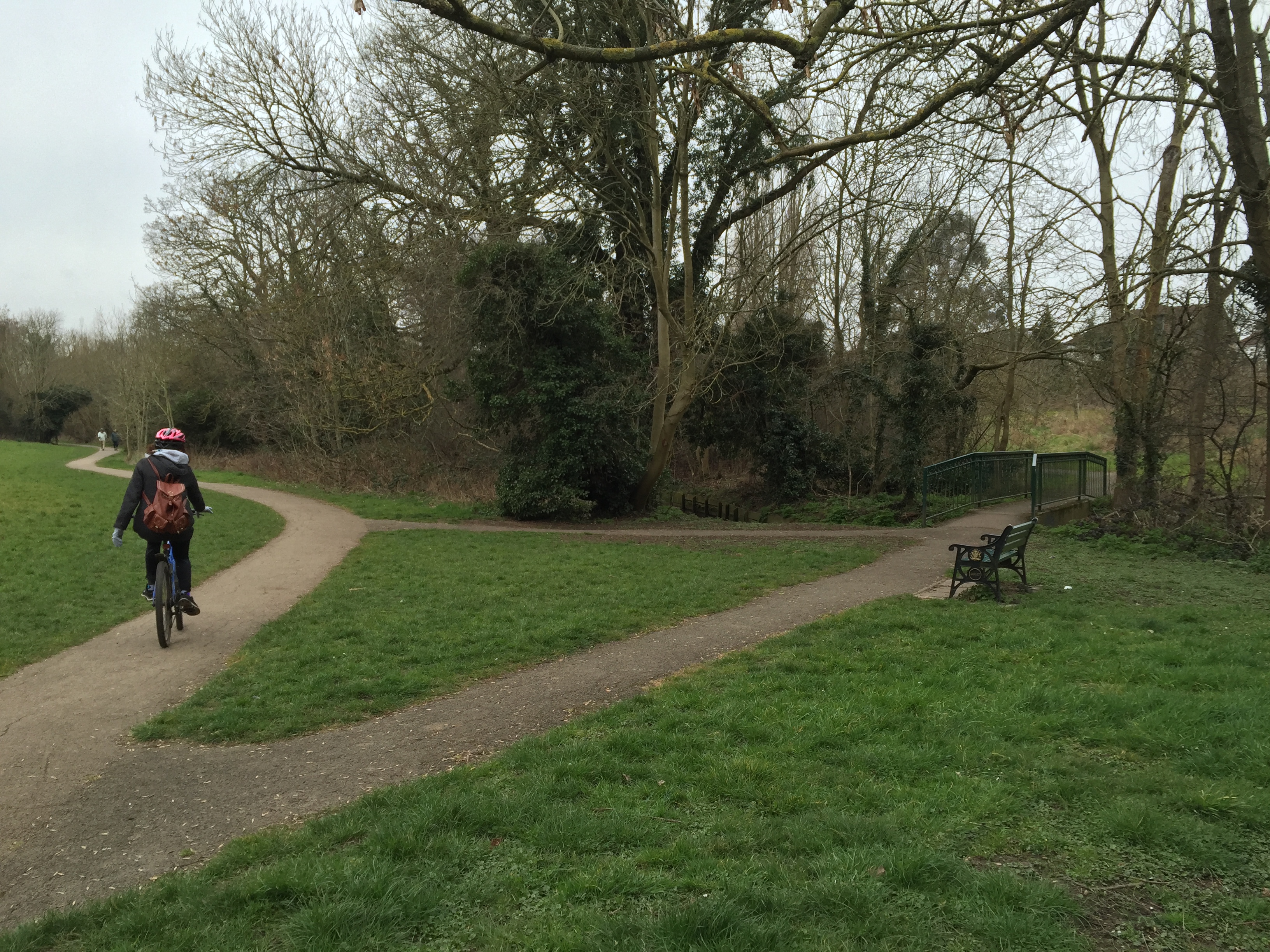 There are certainly a few Finchleys, but all the Barnets are even more baffling. Like many people I’ve wondered about …