Of all our local parks and open spaces (and there are some beauties), Hadley Common probably is the most highly valued. Not only is it gorgeous in its own right and overlooked by some of the area’s finest properties, but it’s just a few minutes’ walk from Barnet.

Monken Hadley Common, to give it its full name (but often called Hadley Woods), is north of Chipping Barnet, running east from Monken Hadley village towards Cockfosters, about 2.5 kilometres long and 70 hectares in size, bordered on the north and south by Hadley Wood and New Barnet. It is the only remaining unenclosed part of ancient royal hunting forest, the Enfield Chase, now a closely regulated conservation area and part of the Green Belt (which includes neighbouring Trent Park, Hadley Green, St George’s Fields and Tudor Park).

Most people approach it via Monken Hadley village, the car park in Baker’s Hill or Games Road in Cockfosters and pick up the path and bridleway running along the southern boundary that crosses the railway. Popular with walkers, joggers, cyclists and riders, this is part of the London Loop and links up with the Pymmes Brook Trail just south of Jack’s Lake. However, there are several other trails through the woods – one runs along the northern edge, one following the main stream and there is an established ride through the middle of the wood. There are open playing areas including the cricket pitch close to Monken Hadley and the grassy picnic area near the car park.

An act of Parliament created Hadley Common in 1777 with the enclosure of most of the Enfield Chase (becoming fields). Monken Hadley was compensated with its own Common having lost its right to graze on Enfield Chase. According to the Hadley Common website ‘Monken Hadley Common is unusual in that under section V of the 1777 Act, the land is not privately owned, but is held in trust for the “Commoners” – the people who still have grazing rights attached to their properties!’

For 200 years the Common was used as grazing land, but in 1850 with the construction of the Great Northern Railway and with it housing developments, so the Common gradually became a recreational facility. However, the current five sets of wooden gates date back to 1824.

We are used to Monken Hadley Common being a tranquil local amenity, but by the 20th century, once people could access it easily by train, it became a popular destination for day trippers (see old postcard below). There was boating on Jack’s Lake and a funfair and tearooms run by the Frusher family of Folly Farm (south of Jack’s Lake on the eastern side of the railway) and this site was later developed as East Barnet School and more recently the Jewish Community Secondary School. You can spot a cedar tree here which could mark the Frushers’ property and an earlier one, Folly House built by Thomas Turpin in the 17th century. According to records more than 40,000 people visited Hadley Woods over the Whitsun bank holiday in 1953. The area around Jack’s Lake went on to become a popular haunt for Teddy Boys and on the Friends of Hadley Common website is a menacing verse referring to this period.

‘If you go down to Hadley Woods today, you’d better go in disguise,
In drainpipe trews and fancy shoes and something intense in ties.
Don’t bother to wash – it’s sure to rain;
Remember your cosh and bicycle chain;
Today’s the day the Teddy boys have their picnic.’

Mind you, those ‘fancy shoes’ could have got very muddy as you need to be properly shod to fully enjoy the Common.

It’s easy to take this kind of local amenity for granted, but the website makes interesting and timely reading. For about 40 years the Common received local authority grants from Barnet and Enfield to help with upkeep and maintenance. Unfortunately, these were withdrawn in 1996 and this led to the formation of The Friends of Hadley Common, a charitable organisation run by local volunteers. This group meets weekly and, as well as handling the practical management and conservation of the Common, they also raise funds to cover additional expenses. Since 1997 they have raised £100,000, but are always keen to welcome new members and link up with other community groups.

The organisation has just presented its latest Woodland Management Plan for the next decade produced with the assistance of an arboriculturalist recommended by the Forestry Commission. This document is for public review and its objective is to ‘preserve and enhance its essential character … to maintain and develop the woodland as an attractive, safe and sustainable community amenity which is valued by people of all ages’. Suggestions include reducing the impact of invasive species like holly and bramble, freeing ancient and other healthy established trees from competition, improving the path network and introducing a nature trail supported by online information that can be developed with local schools.

The old postcard is courtesy of Old Postcards of Barnet and the picture of the Hadley gates from 1904 was kindly provided by Peter Wanders. 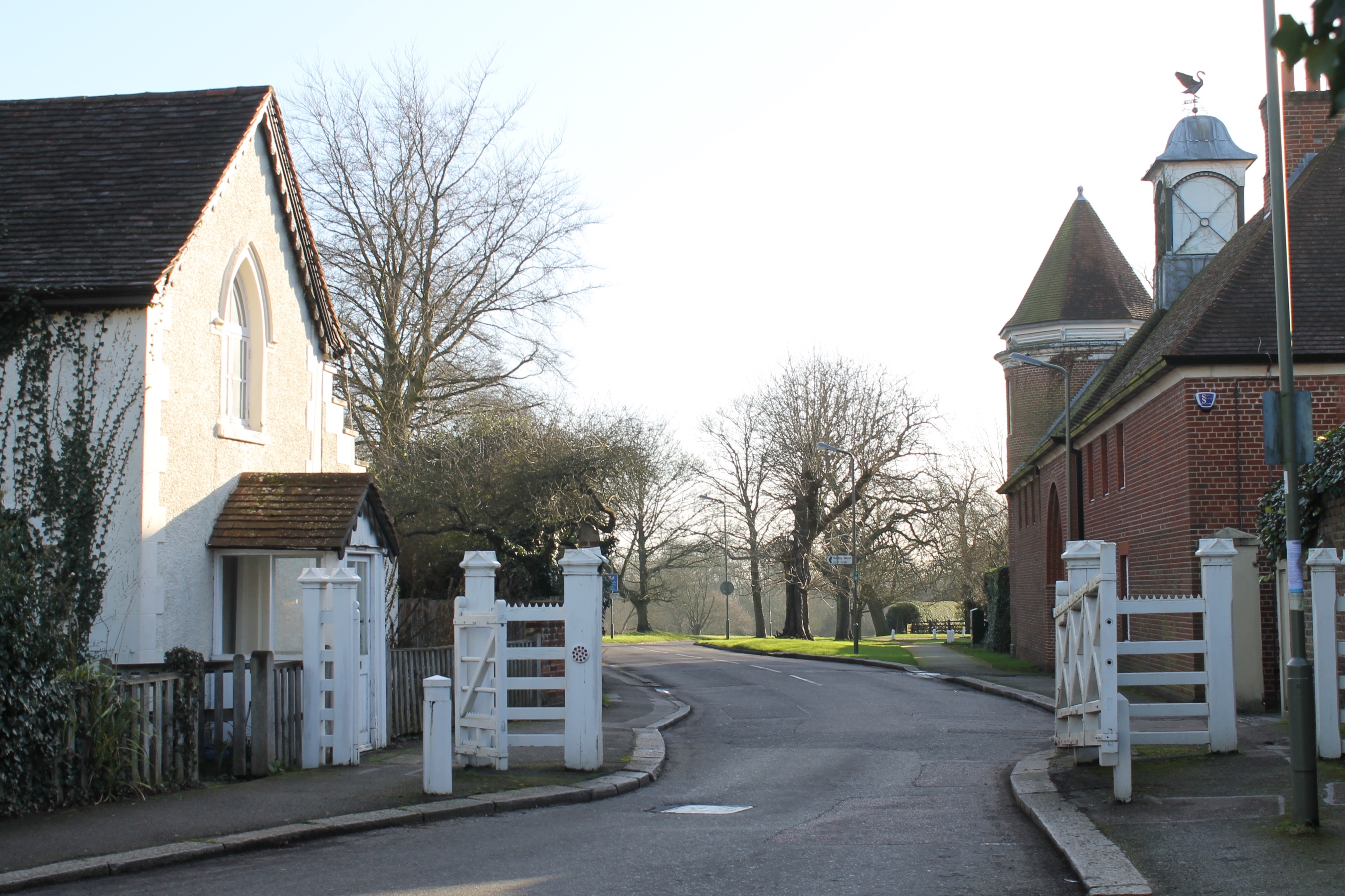 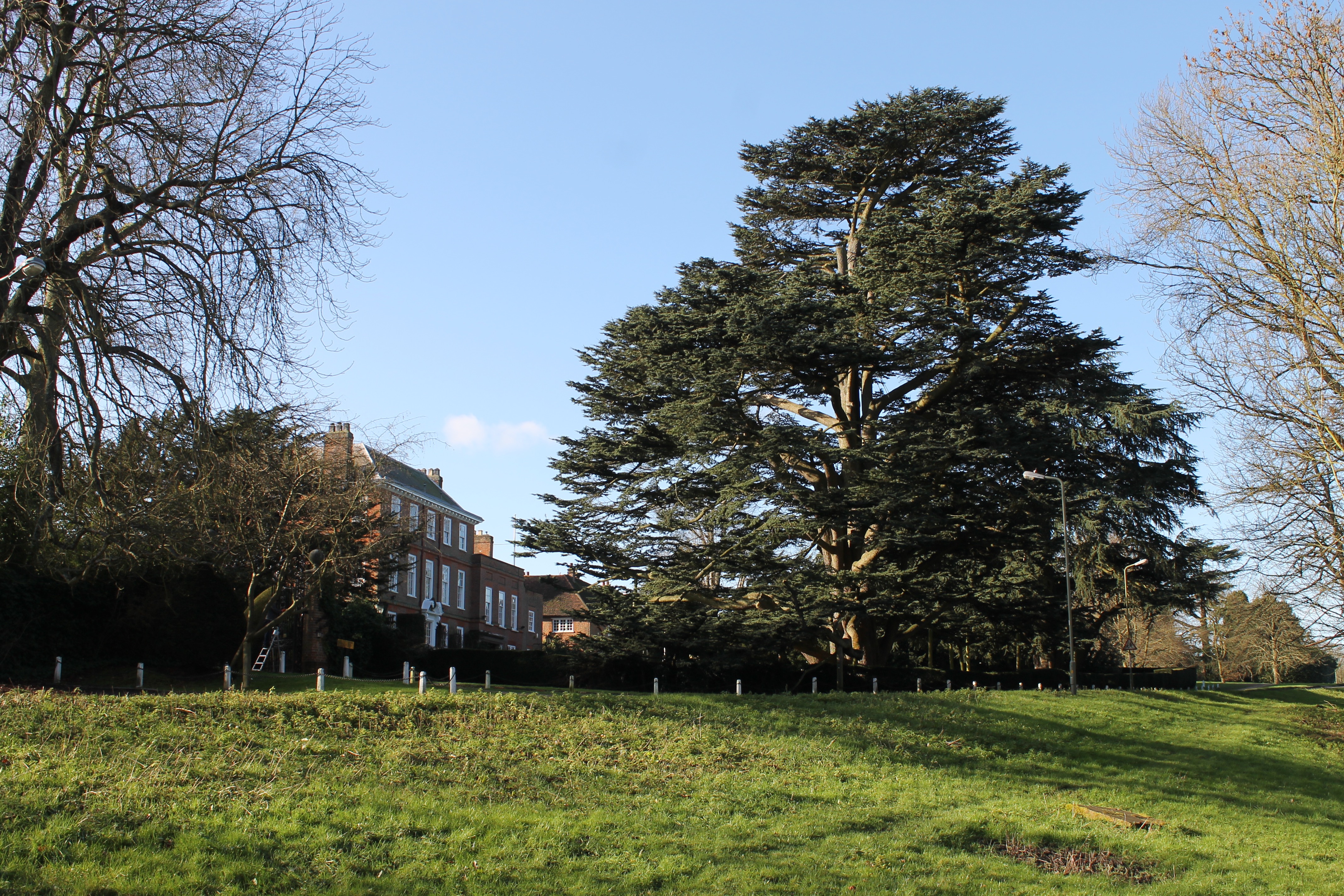 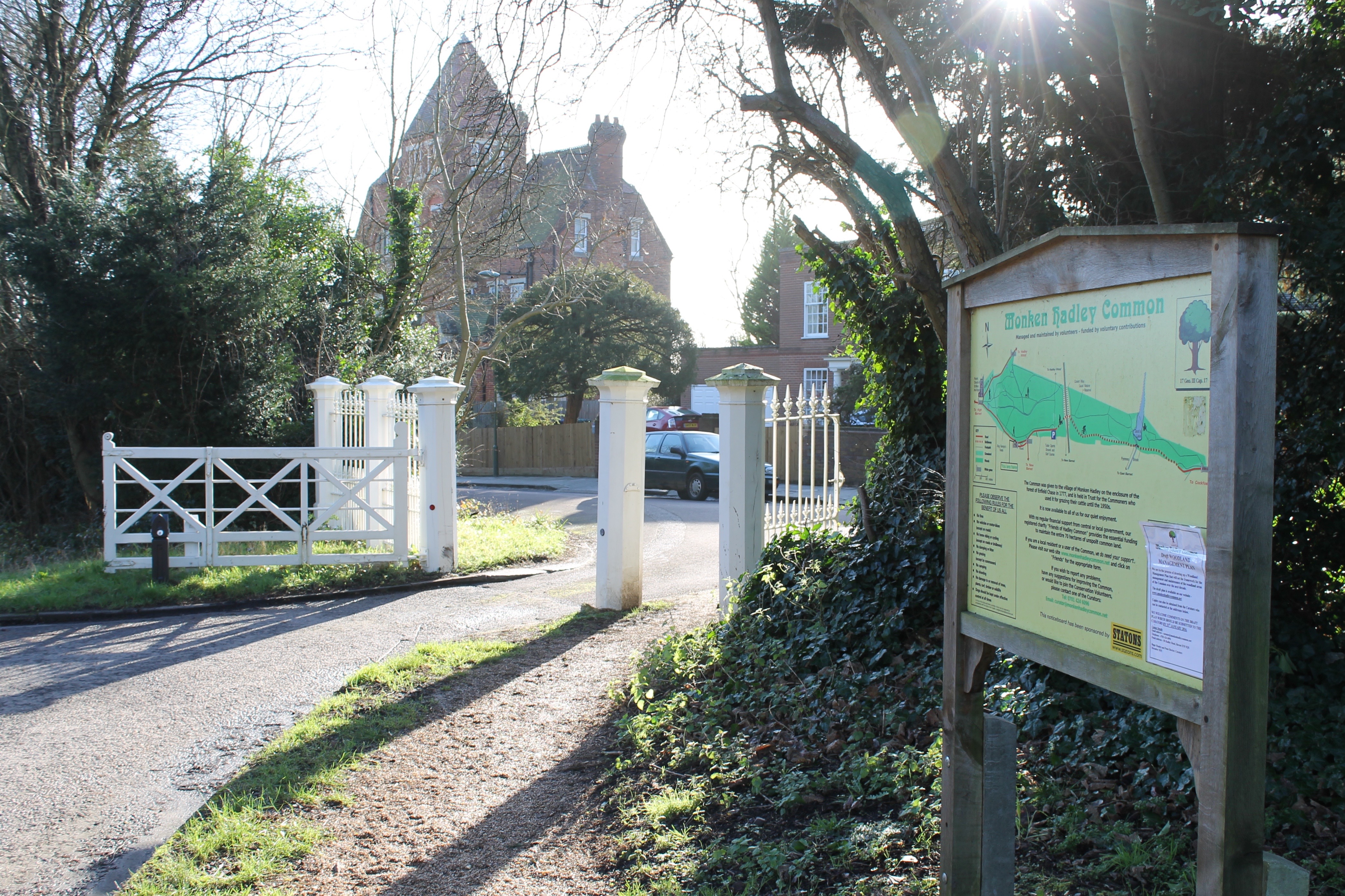 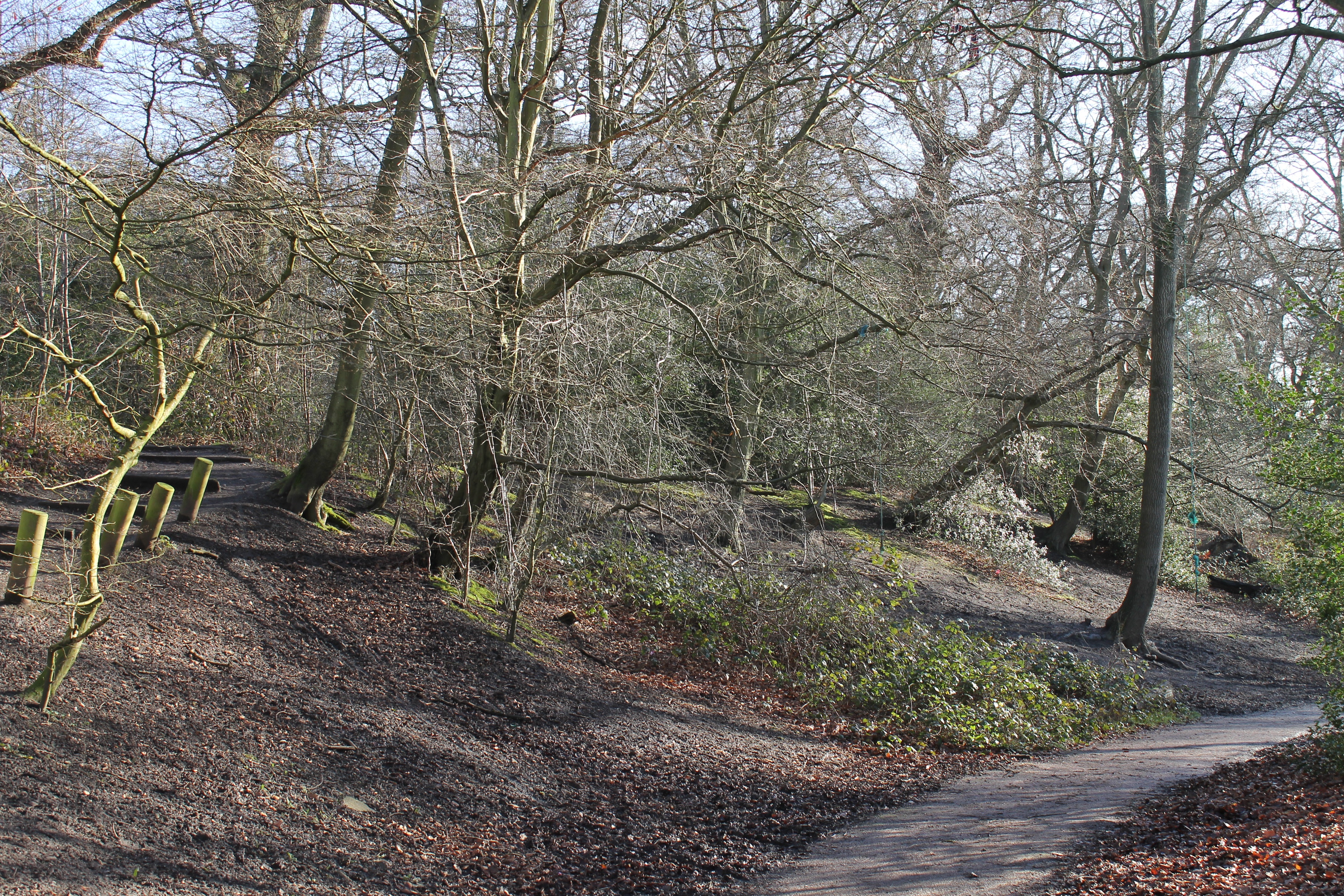 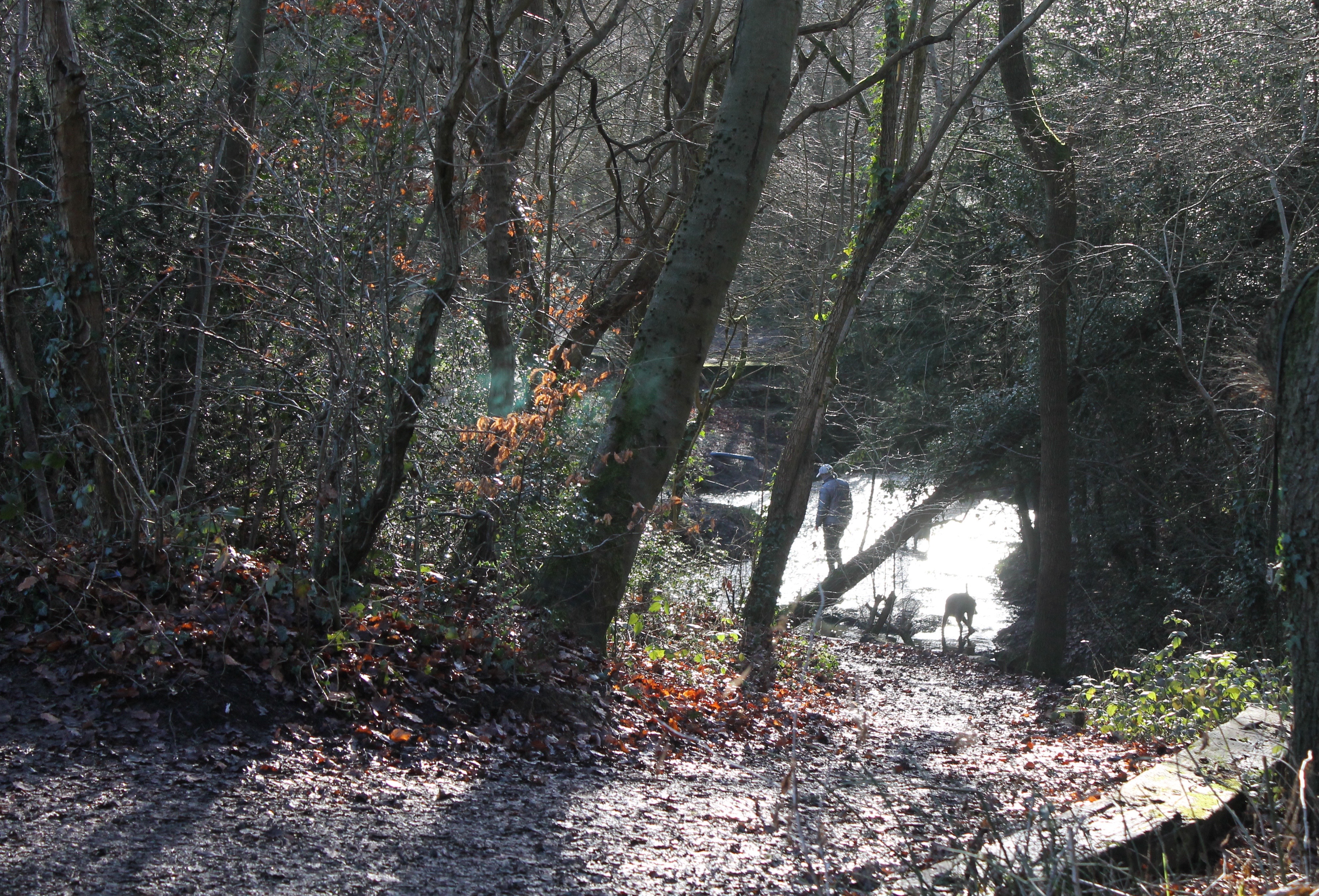 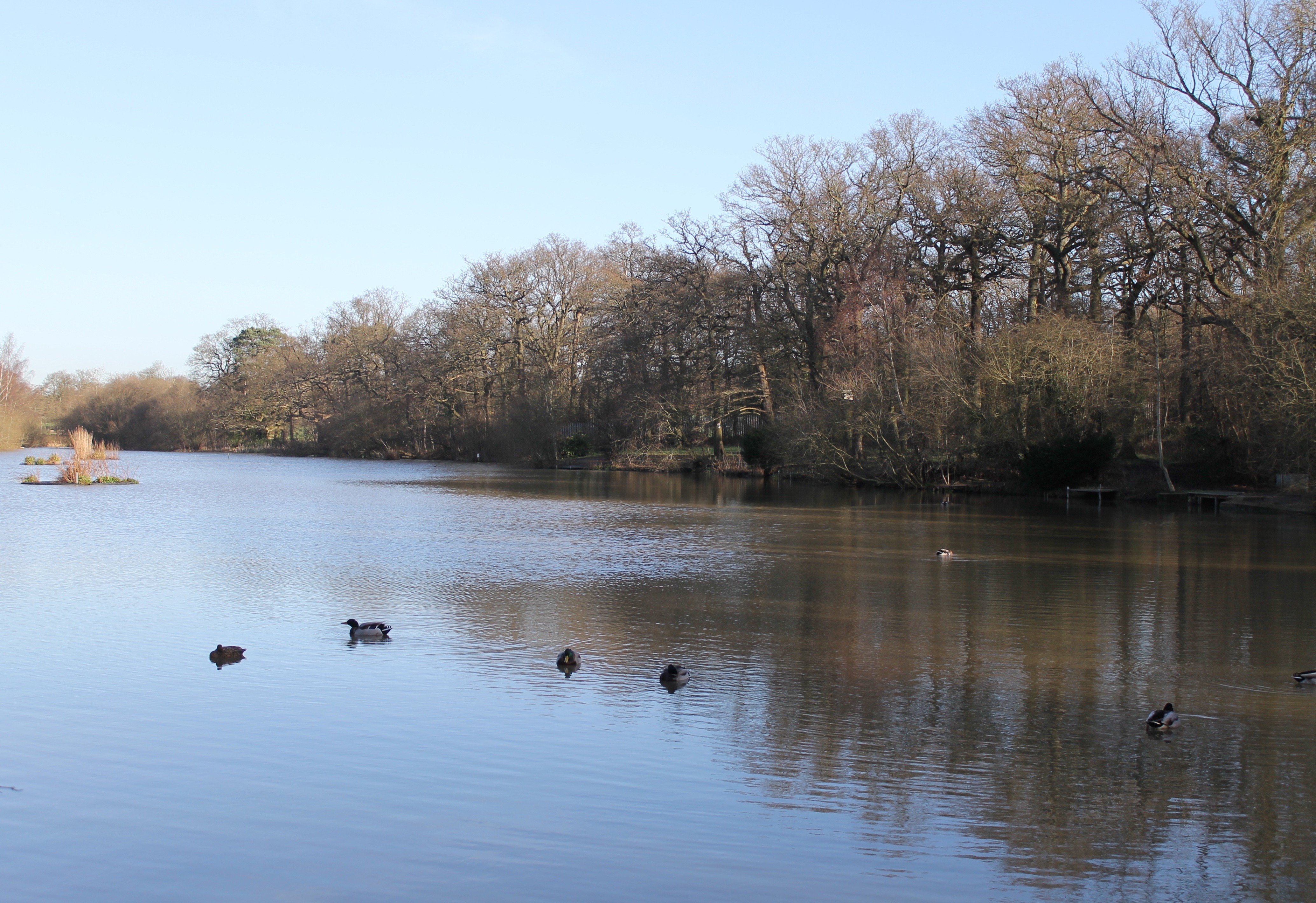 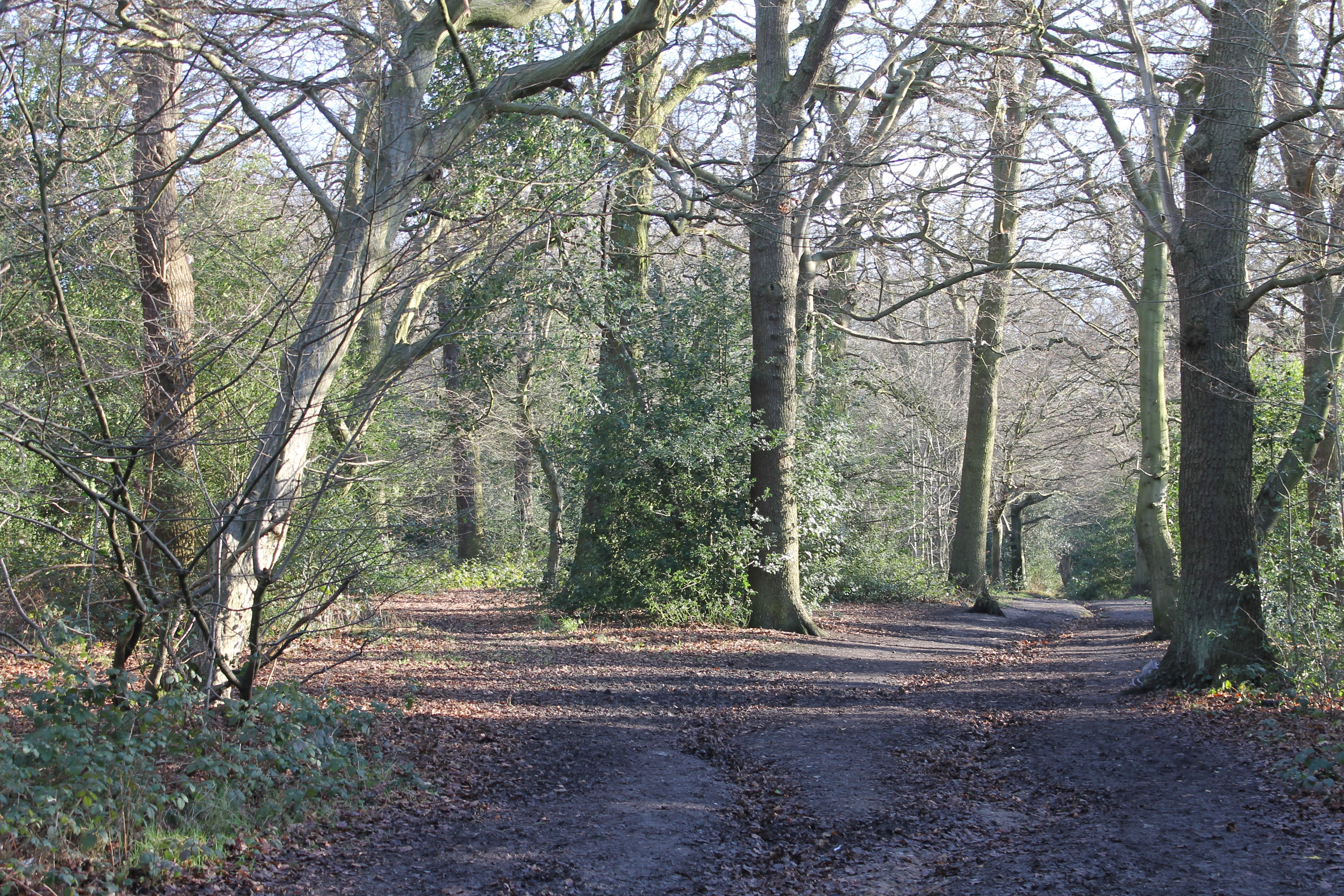 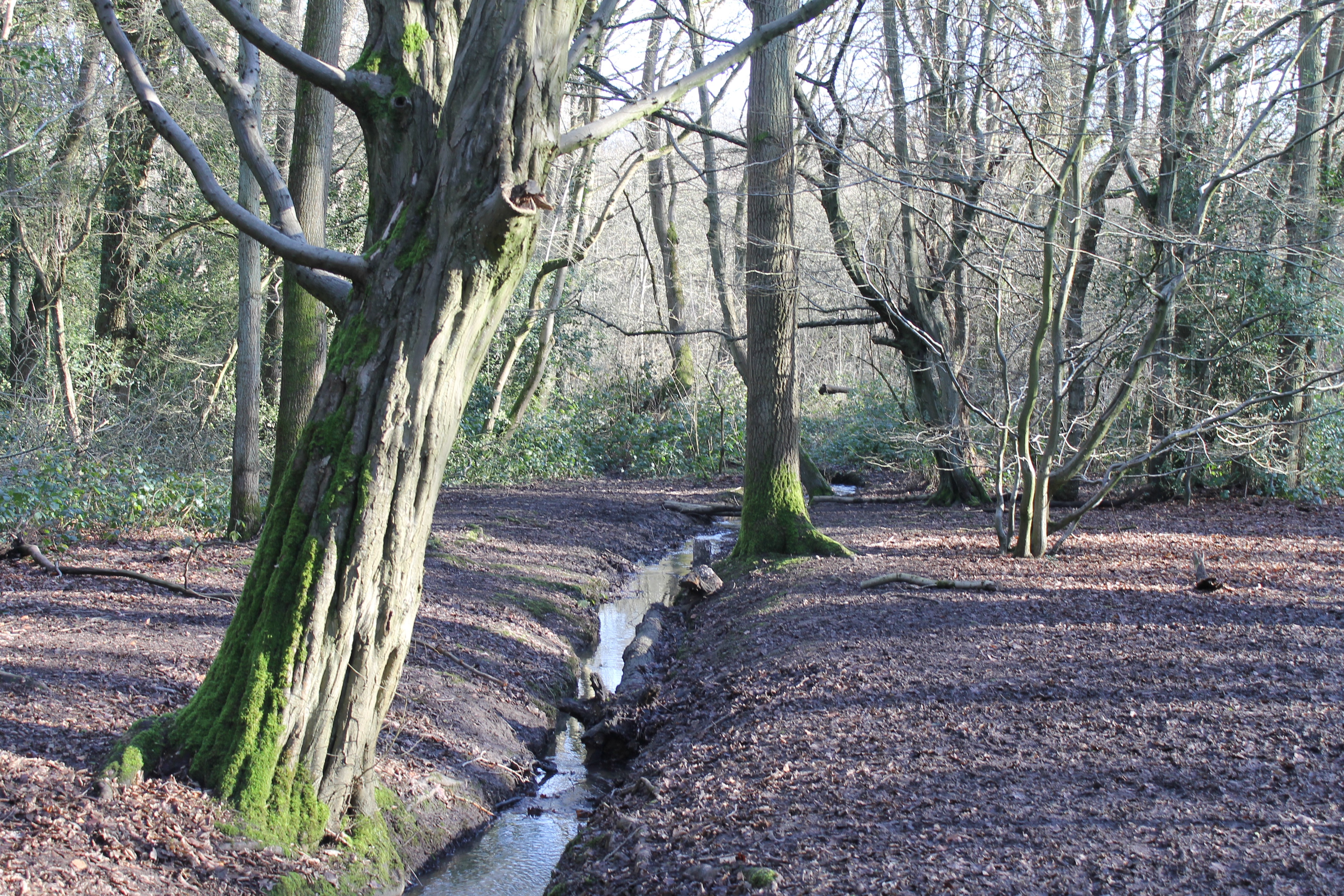 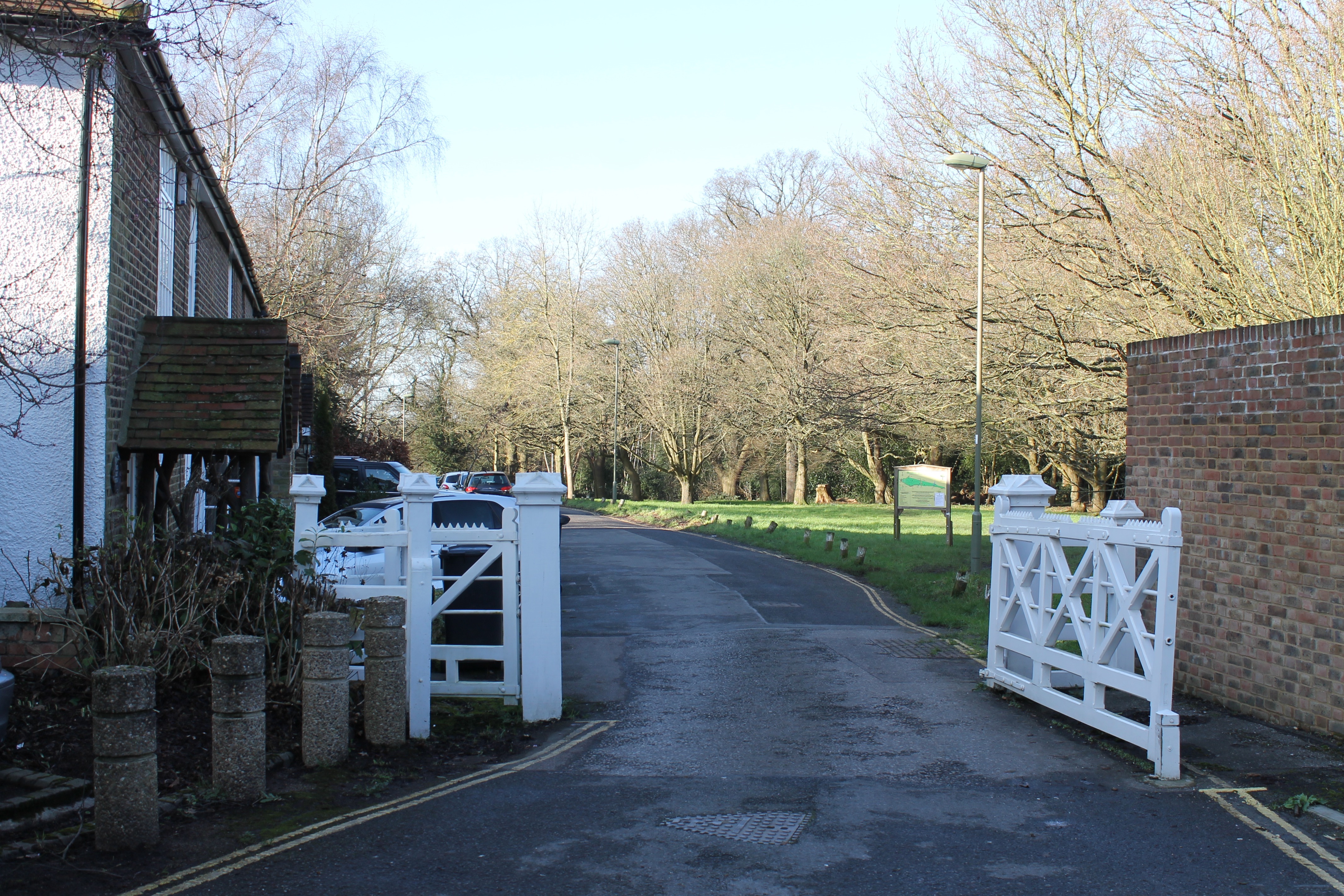 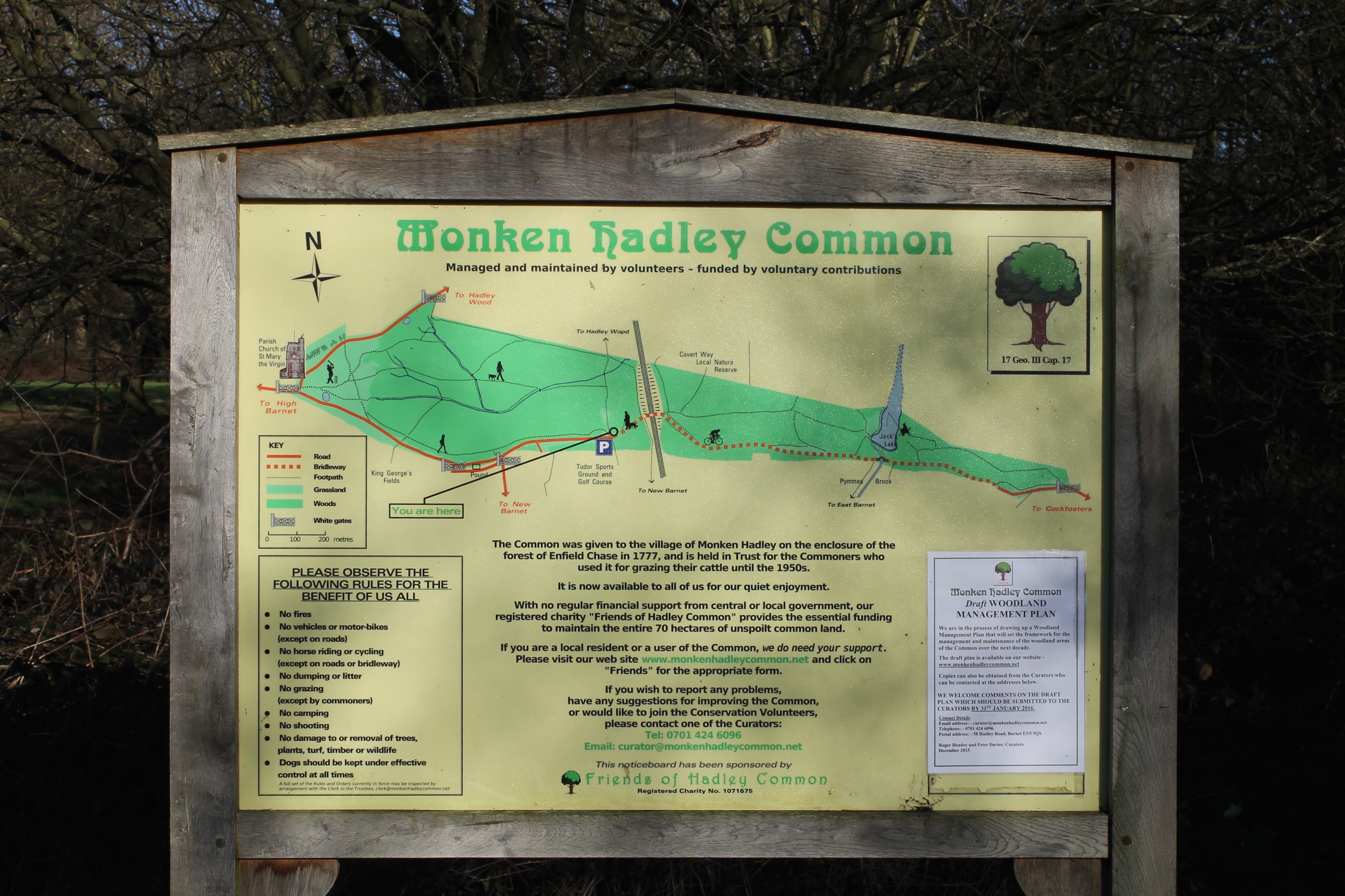 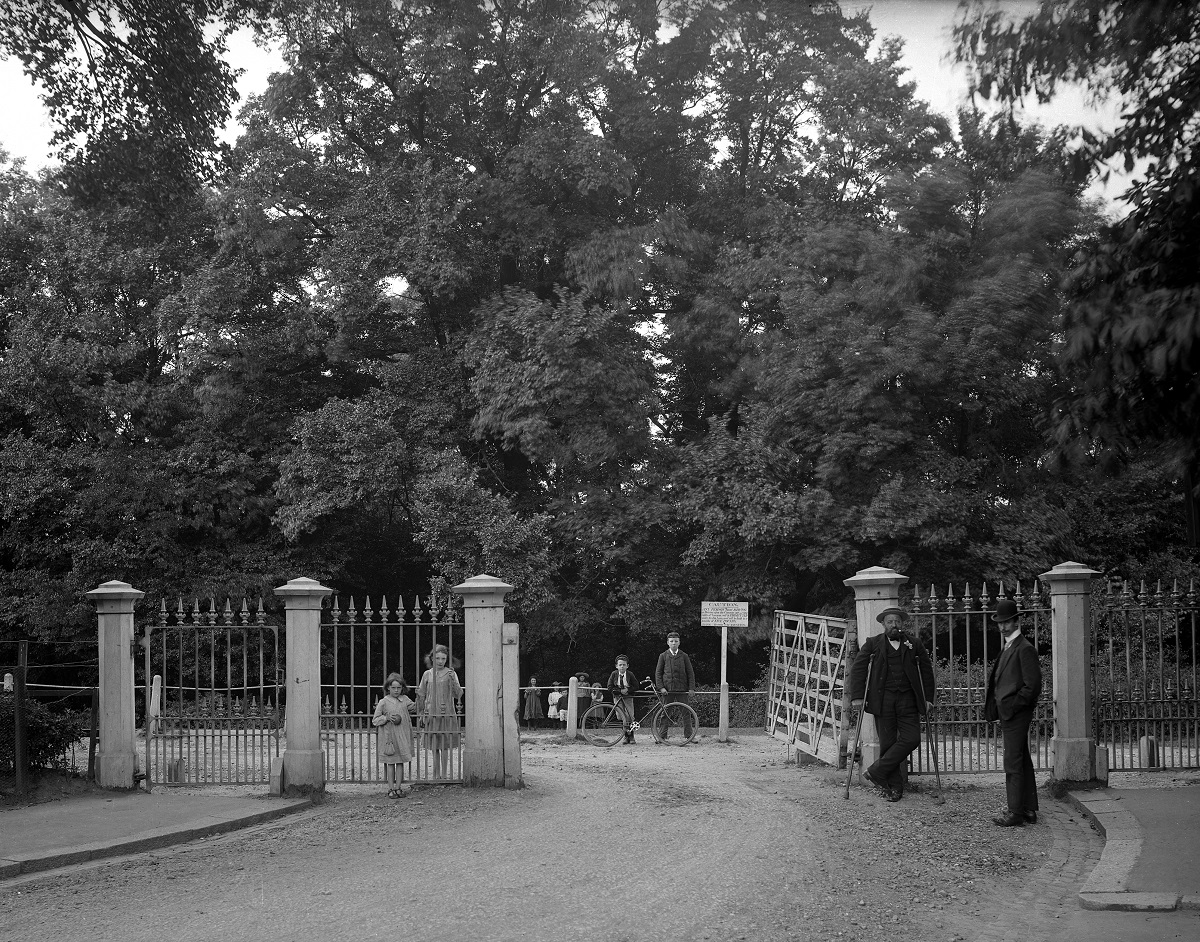 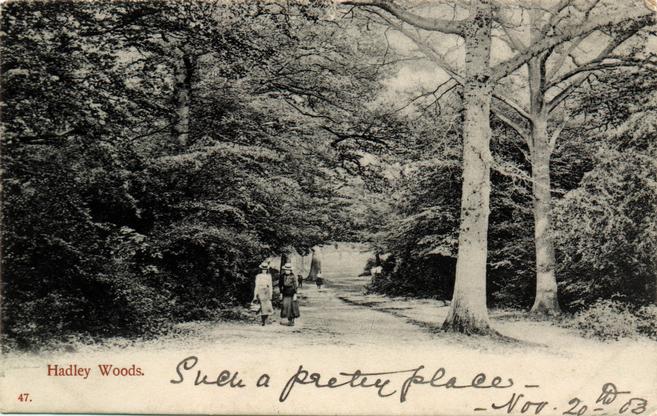 As it’s Wimbledon fortnight we’re taking a look at the tennis in Barnet. Jackie Czuprynski, keen local player and member …

Despite dating back to Roman times (they planted vines wherever they went), English wine production has transformed in recent years, …

We’re fortunate to have Artsdepot nearby in North Finchley for a broad range of concerts, exhibitions, family entertainment and some …