Last week we were invited to visit stylish new community facility, the Open Door Centre in St Albans Road, achieved as a result of impressive fundraising and the commitment of local volunteers.

The Centre is located next to Christ Church in what was originally the school house which has been transformed into a modern drop-in centre. It features a café where over some (very decent) coffee David Parry, Chairman of the John Trotter Trust, explained how it had been achieved and offered an insight into the building’s fascinating history.

Open Door is open throughout the week and welcomes all members of the community, but particularly the elderly. While I was there broad range of ages were making the most of the facility and it already feels like a social hub. There are child-friendly touches like a corner with books and toys and, naturally, it’s properly equipped for the infirm and people with additional needs. About 30 volunteers help in various ways and the Centre employs a catering manager.

The Trust has been able to carry out the renovations without being restricted by too many regulations as the building is not listed, although it is in a conservation area. They were able to install (barely noticeable) secondary glazing and the main room benefits from under-floor heating. There is also WIFI throughout. A second room on the ground floor is available for hire for meetings and other use (approved by the Trust) and work is continuing to create a second floor with a new staircase and a disabled lift.

The Chipping Barnet Day Centre for the Elderly uses the Centre on Mondays and Fridays, the Barnet Alzheimers Society meet there weekly and the Centre hosts a monthly Dementia Café. During term time there is an after school club as well as various other activities. The bright and airy café is open for drinks, snacks and light lunches at bargain prices. Coffees are from £1.20, milk shakes £1.75 (small £1), paninis £2.75 and home-made soup with garlic bread is £2.50. There was a decadent sounding warm chocolate brownie with salted caramel ice cream for £2.50 and you can have a full cream tea for £3.50.

Christ Church was founded by Captain John Trotter of Dyrham Park in the mid-19th century on St Albans Road (at the time called New Road) on land he acquired from George Byng MP of Wrotham Park. It was one of several new Anglican churches of this period. Trotter’s plan was for a church, a parsonage and a school. The school was completed first in 1844 and was used as a place of worship until the church was finished a year later, with the Trotter family remaining closely involved. It was Canon Henry Trotter, Vicar of Christ Church who provided land alongside the church for Pennefather Hall, built in 1907 and named after their first vicar, William Pennefather (a friend of the explorer David Livingstone who lived nearby on Hadley Green).

This was a “ragged school” offering free education to deprived local children, initially just with one room. The building’s distinctive design is by George Gilbert Scott and in 1853 it was extended to give girls and boys separate areas. Chipping Barnet was experiencing serious economic and social challenges as the coaching trade had collapsed due to the expansion of the railways.

By the 1880s the school had outgrown the building and the boys were moved to separate new premises in Alston Road (now Richard Court). The girls and infants remained in the original building which was enlarged in 1896 as part of the 50th anniversary of Christ Church. In the early part of the 20th century the school also included secondary age pupils until 1932 and in 1952 the girls joined the boys in Alston Road. In the 1960s the whole school gradually moved to a new site in Byng Road.

Once the school closed, the Trotter family took back possession and the old school house was sold to the Red Cross in 1961. They used it for storage and training, but also used as a polling station and by community groups. In 2003 the Red Cross were looking to sell the building, however, it wasn’t until 2009 that sales negotiations started to take place.

Meanwhile the John Trotter Trust had been established as a registered charity to raise funds to buy back the building. It was agreed that given how the Borough of Barnet has one of the greatest concentrations of elderly people in the Capital, the emphasis should be on supporting them and creating an inter-generational facility. The Open Door Appeal was launched in 2010 and, remarkably, not only did it raise the necessary £330,000 to purchase the building, but a total of £1.3 million through trusts and personal donations to carry out the building work. What’s more, many key skills were available from within the church congregation, so it became a genuine community project. The Open Door Centre finally opened in April 2017.

I must say how wonderful it was seeing such a significant local building being revitalised so sensitively for the benefit of the community – what’s more, it’s a really decent café. We do like these positive stories! 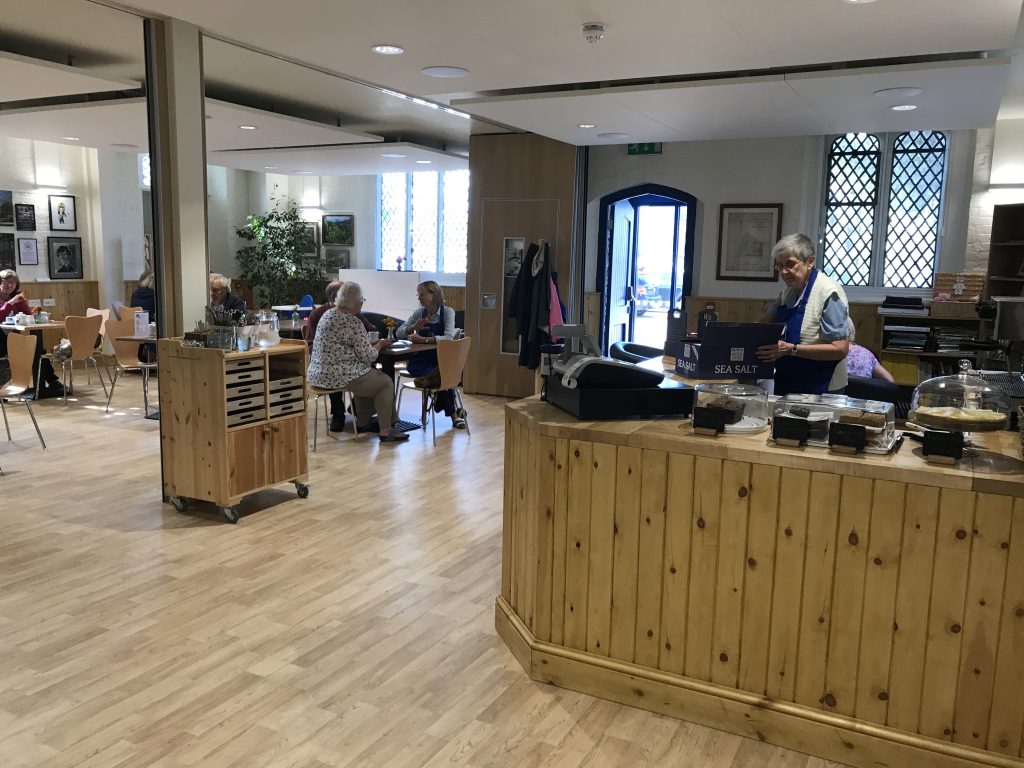 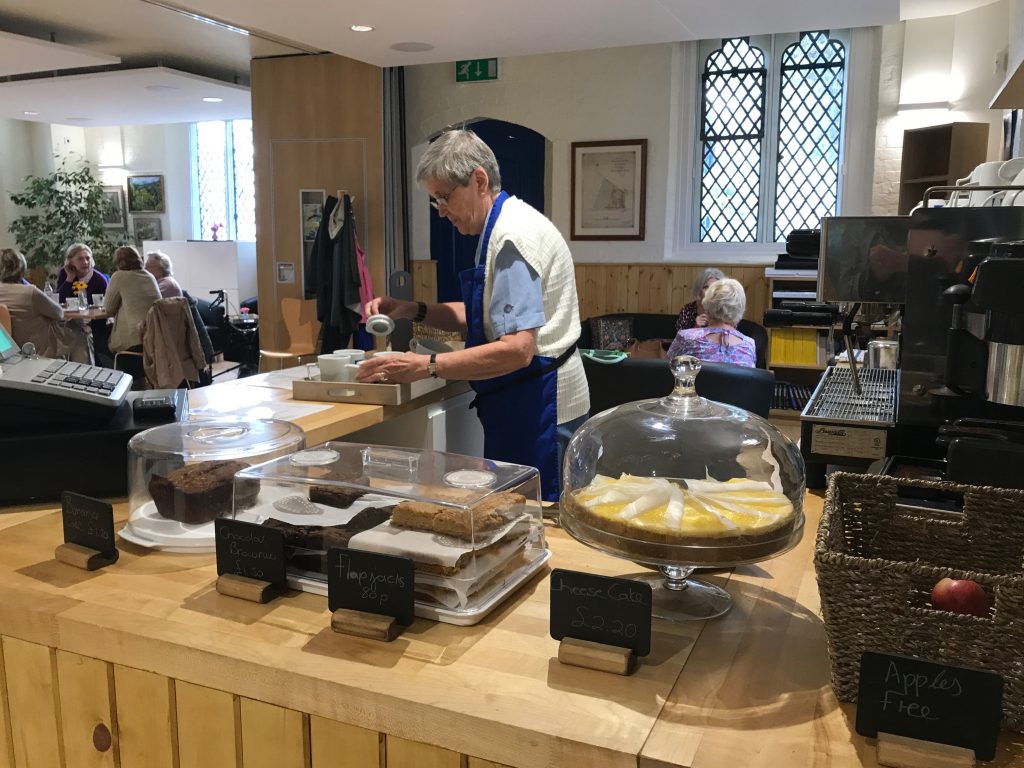 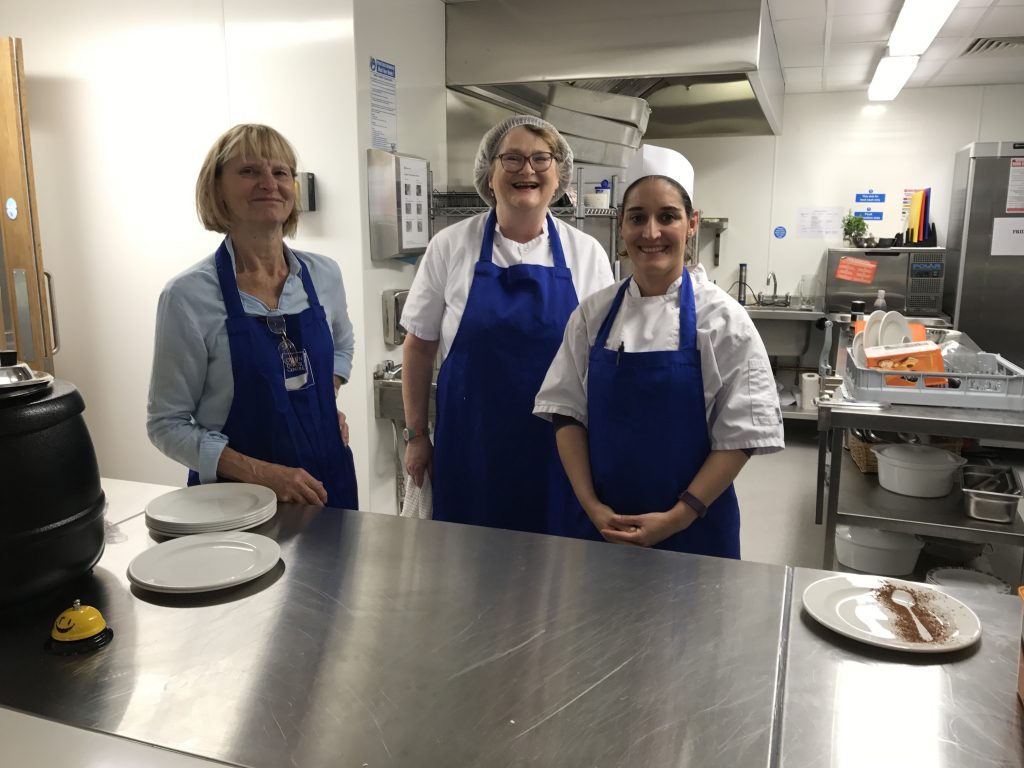 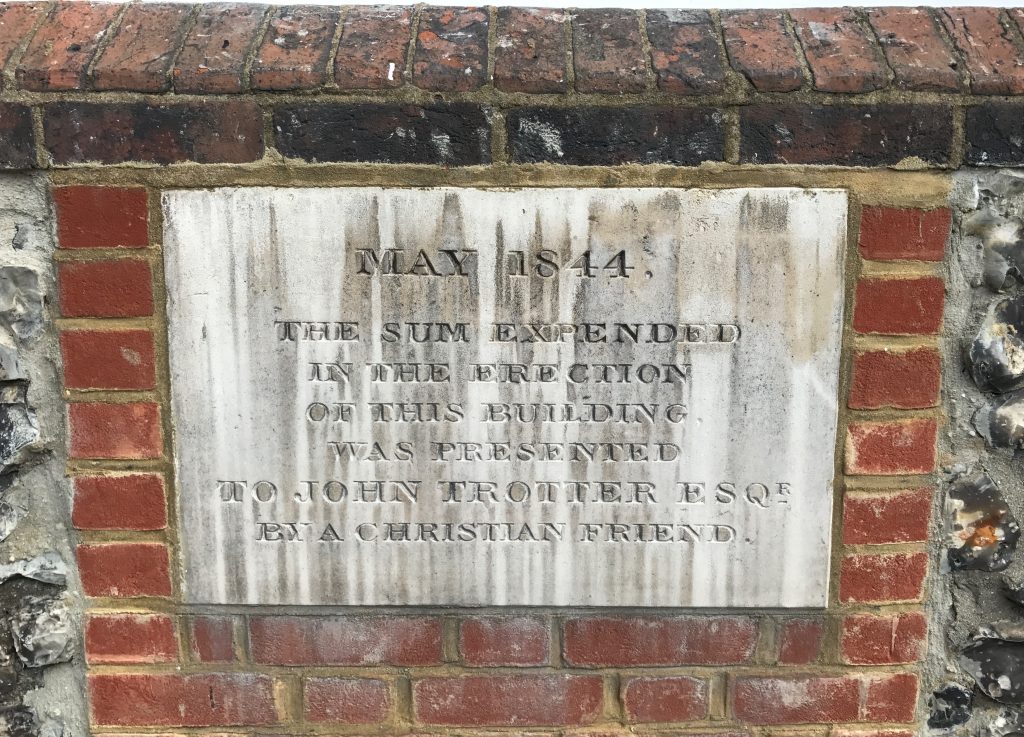 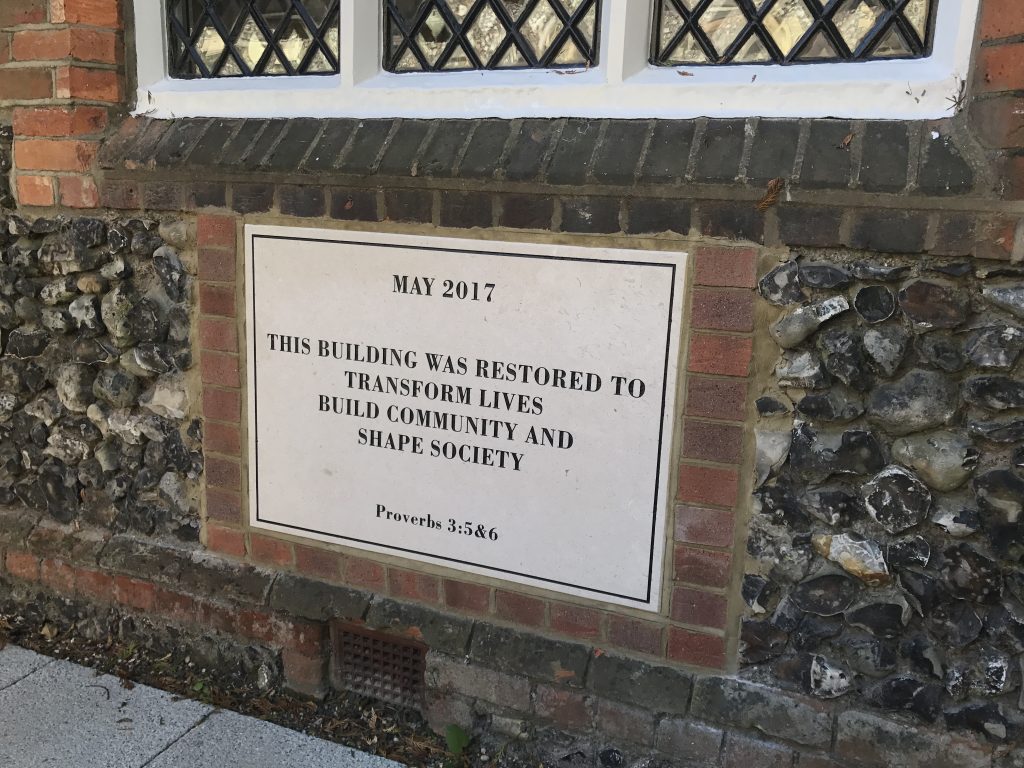 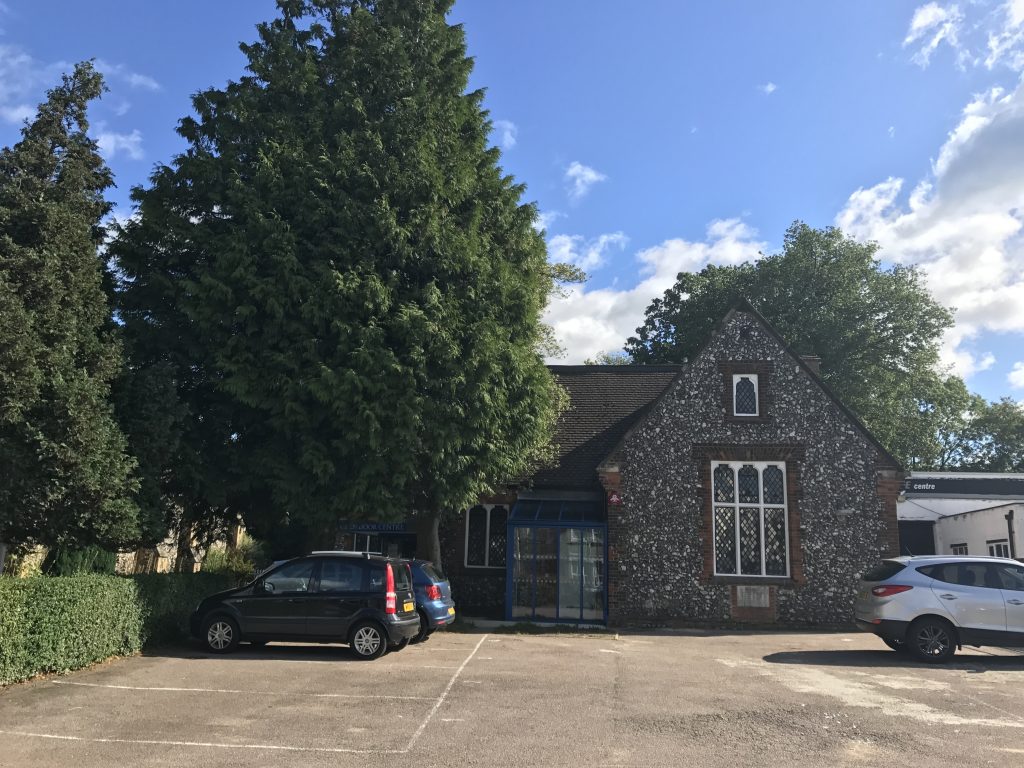 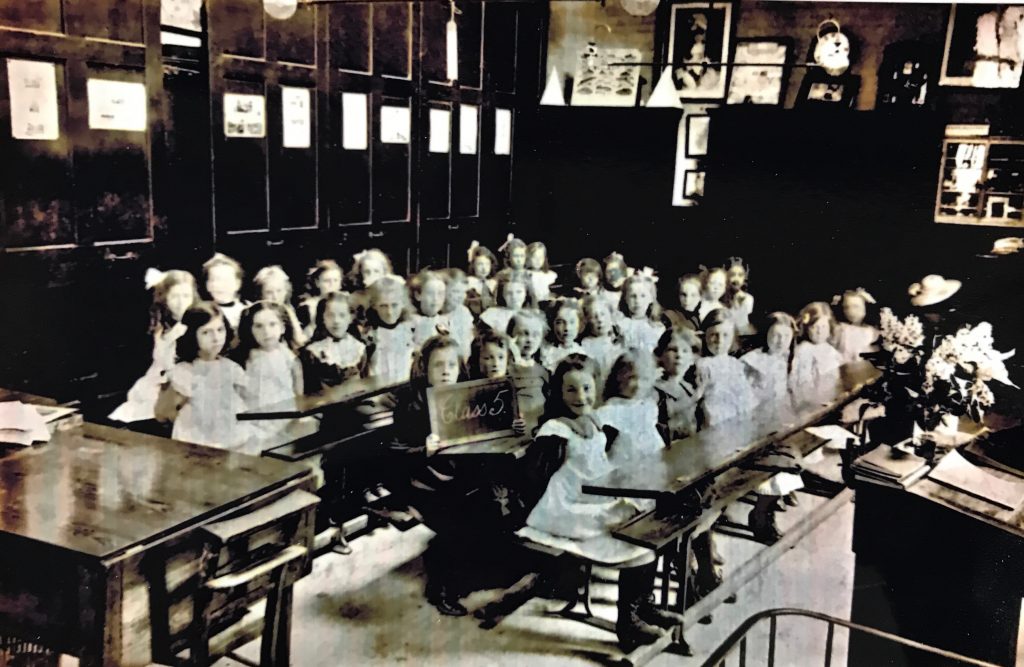 Since opening in late 2013, this tiny gem of a café in the Courthouse Gardens just behind Barnet Museum has …

This old fashioned sweet shop personably run by Alice and Michael Kentish is a temple to all things sugary. They …